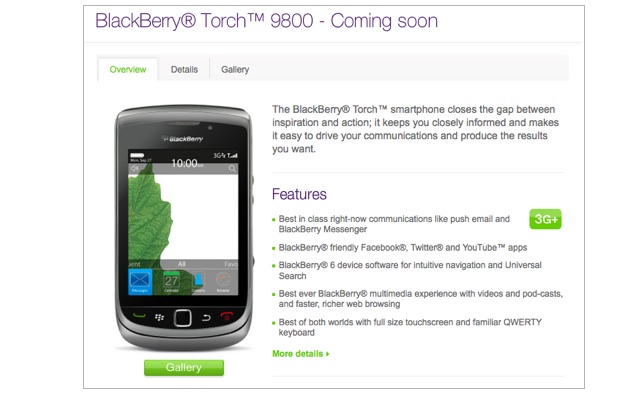 The new BlackBerry Torch 9800 is sure making it’s way around the carriers. Bell threw up a info page earlier this week and now TELUS has come out with their own. There’s no word on an official launch date but rumours have launch parties starting on the 21st. Other rumours are that TELUS will be releasing this on the 16th of September. In addition, no pricing has been confirmed.

TELUS describes the Torch as the following: “The BlackBerry Torch smartphone closes the gap between inspiration and action; it keeps you closely informed and makes it easy to drive your communications and produce the results you want.”

Check out the Torch 9800 over at TELUS here