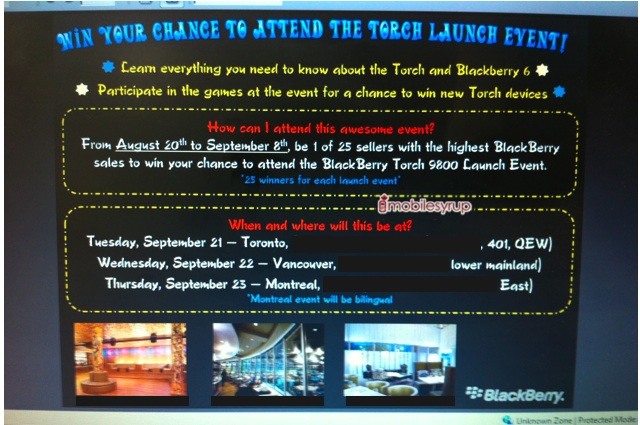 The upcoming Canadian launch of the BlackBerry Torch 9800 will be “coming soon“. There’s been many rumoured dates flying around but nothing officially confirmed. Thanks to one of our tipsters for letting us know that the launch parties are set to kick off in Toronto starting September 21st, then in Vancouver on the 22nd and finally in Montreal on the 23rd. No word on if this is the official release date but it certainly makes it a strong possibility. To those who are lucky enough to attend will be given the opportunity to learn about the Torch and the new BlackBerry 6 OS. In addition, to spike enthusiasm RIM will be giving away a total of 75 devices (25 at each launch event).

Are you excited for this touchscreen QWERTY slider to arrive in Canada?