While some plans are cheaper now than comparable options from January 2022, most are $2-$5 more per month 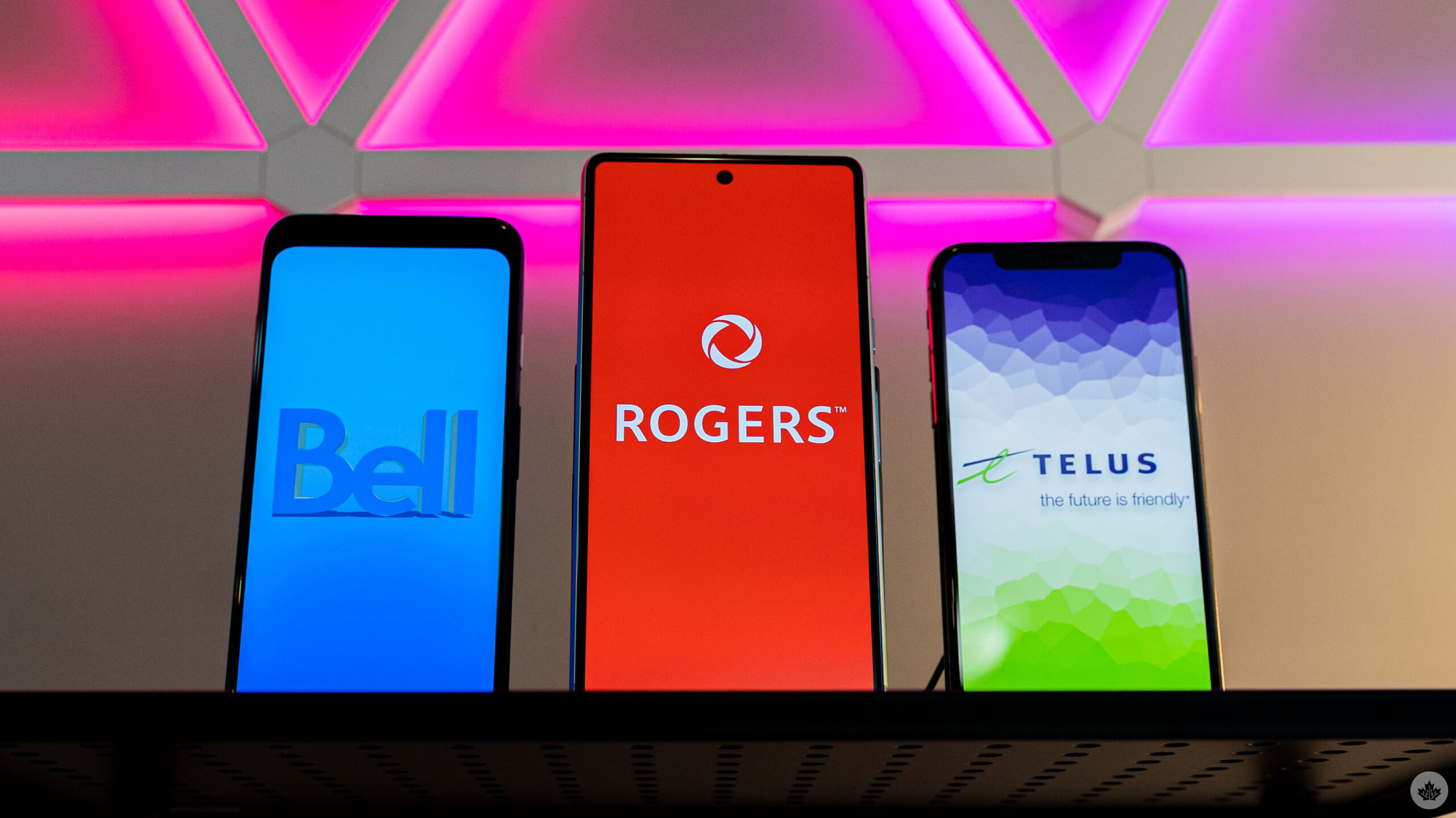 At the beginning of this year, I wrote about the cost of plans offered by Canada’s Big Three carriers, Rogers, Bell and Telus. Now that we’re approaching the end of 2022, I thought it’d be worth looking at where plans are roughly one year later.

Barring any crazy Boxing Day offers, the current prices are likely what we’ll have to close out the year. That said, the carriers’ Black Friday offers surprised me with some excellent deals — like $45/50GB — so who knows what to expect on Boxing Day. Whatever happens, it’ll likely be the last reprieve from high prices until later in the new year.

We’ll also look at the flanker brands, although they weren’t included in the January 2022 coverage cited above. Regional carriers, on the other hand, won’t be included.

One significant change that happened this year is the introduction of speed caps. All of the Big Three carriers added speed caps to their primary and flanker brands, although the speeds vary from provider to provider.

Additionally, while not new, it’s worth noting that Rogers, Bell, and Telus all offer “unlimited” data. However, what that actually means is once customers use up their allotted monthly data, additional usage will be throttled at a maximum speed of up to 512Kbps.

Finally, before we get into it, all these prices are accurate as of December 12th, 2022. They may change after publication (and as mentioned above, likely will with temporary Boxing Day deals).

Since then, the carrier added speed caps of 250Mbps or 1Gbps, depending on the plan (it was actually the last of the Big Three to do so), alongside the rollout of 5G+ branding for areas of its network running on 3,500MHz spectrum. It also changed up some of its plans and now offers:

Rogers also added two 4G LTE plans with non-shareable data: $50/mo 5GB (150Mbps) and $60/mo 15GB (150Mbps). Both those plans have an overage rate of $20 per gigabyte, and they’re listed as limited-time offers, so it’s not clear how long they’ll stick around.

For most of Rogers’ plans, it looks like the monthly cost went up by $5 with minimal changes, although the $85/mo plan does come with an extra 5GB of data compared to the earlier version of the plan. The 100GB plan did go down in price from $175/mo to $125/mo, but I feel like most Canadian are looking for better value on the lower end.

You can check out Rogers’ plans here.

Next up, Bell. The Montreal-based national telecom started 2022 with the following plans:

Throughout the year, it added speed caps in April and launched 5G+ branding for its 3,500MHz network in June. As of December 12th, 2022, Bell’s plans are: 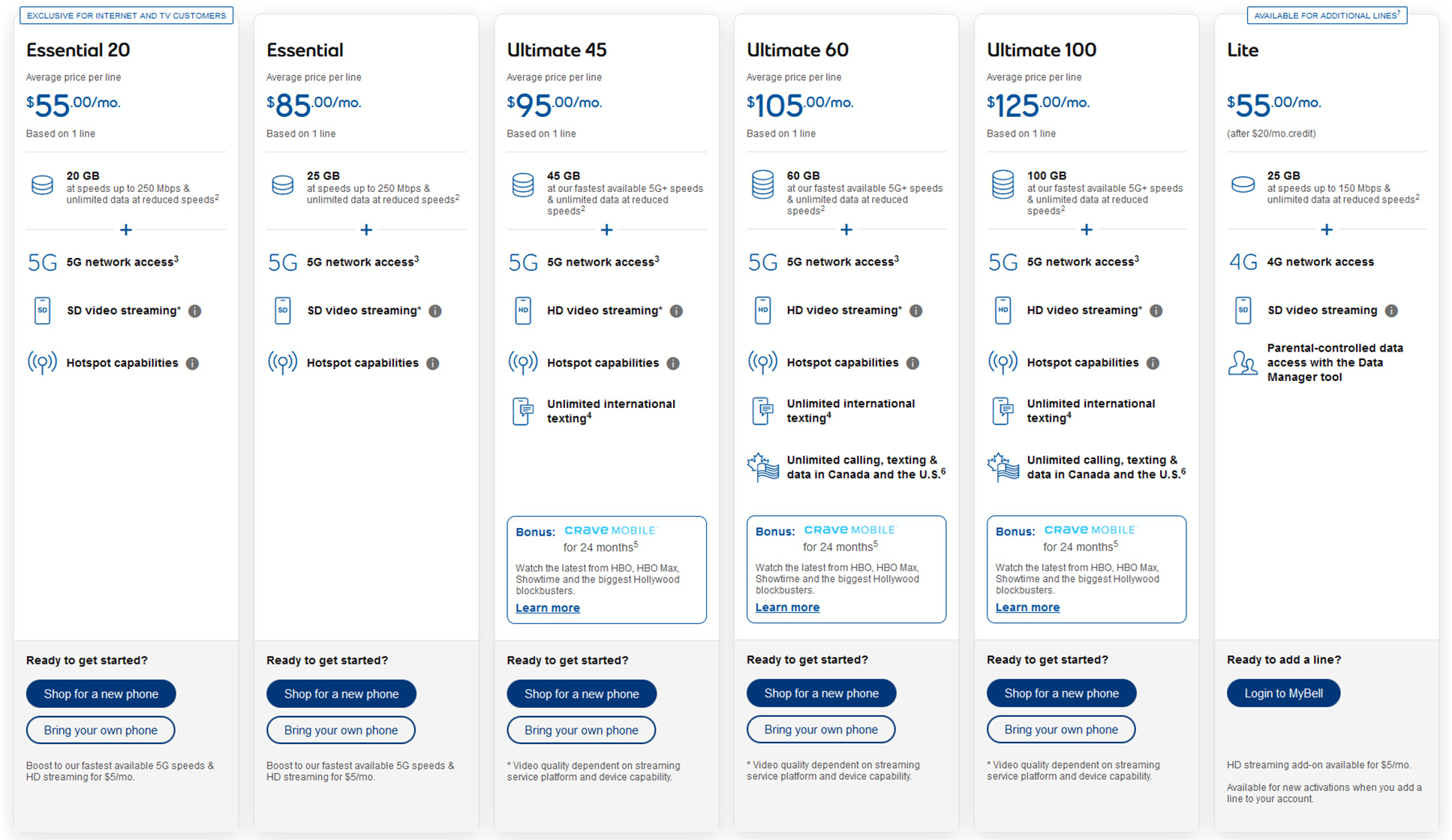 Again, Bell’s plans are generally $5 more per month than they were at the beginning of the year but offer additional data as well. The exception, again, is the 100GB plan, which now costs $125/mo instead of $175. I also find the trend of adding slightly lower-cost plans with other limitations, like lower speeds or 4G-only access, interesting.

You can view Bell’s plans here.

Back in January, Telus offered the following plans:

Telus led the way in adding speed caps, which it did back in February 2022. It also rolled out 3,500MHz spectrum but already used 5G+ branding in its plans. Now, on December 12th, 2022, the company offers the following plans:

As indicated by the plan names, the Unlimited CAN-US plans include access to data, talk, and text in the U.S. as well as Canada.

Telus also bucks the trend with some plans that are a little cheaper than before. Sure, the base plan is $5 more and comes with an extra 5GB of data, but those who want 50GB actually save $5/mo compared to last year. For $5 more per month, you get an extra 10GB of data.

You can check out Telus’ plans here.

Unfortunately for the flanker brands, they were not included in the original January 2022 plan round-up. That said, coverage from around that time suggests that most offered the following options:

It’s a little tricky to nail down exactly what was on offer since in January, the three flanker brands were dancing around the $58/15GB promo plan.

Moreover, keep in mind that all the flankers offer ‘Starter’ plans as mandated by the CRTC. These plans don’t change often and are mostly the same across the flanker brands, so I’ll leave them out of this analysis.

Below are the current offerings from each: 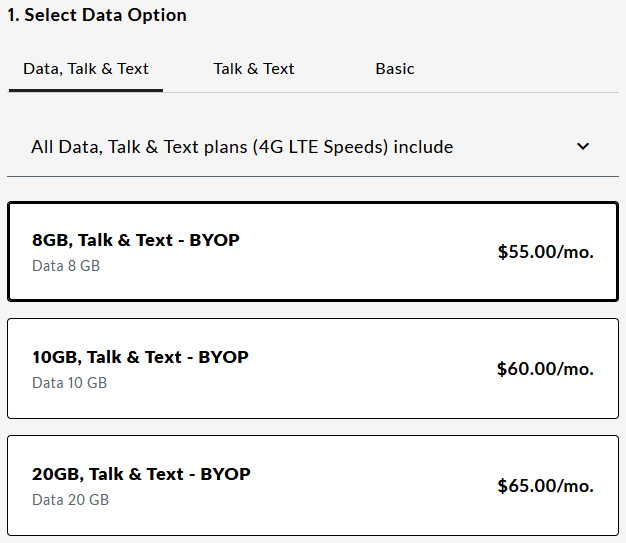 Rogers flanker brand Fido added speed caps of 150Mbps to its plans in June, so all of the following max out at that speed:

Notably, Fido’s talk and text plan has gone up in price by $2/mo. Doubly frustrating about this is that Fido, Virgin, and Koodo lowered the talk and text plan to $27/mo in August. Beyond that, prices are up slightly — the 8GB plan has increased by $3/mo over 2022. While there currently isn’t a 15GB plan to compare to the $58/mo one available in January 2022, both the 10GB and 20GB options currently available are more expensive. 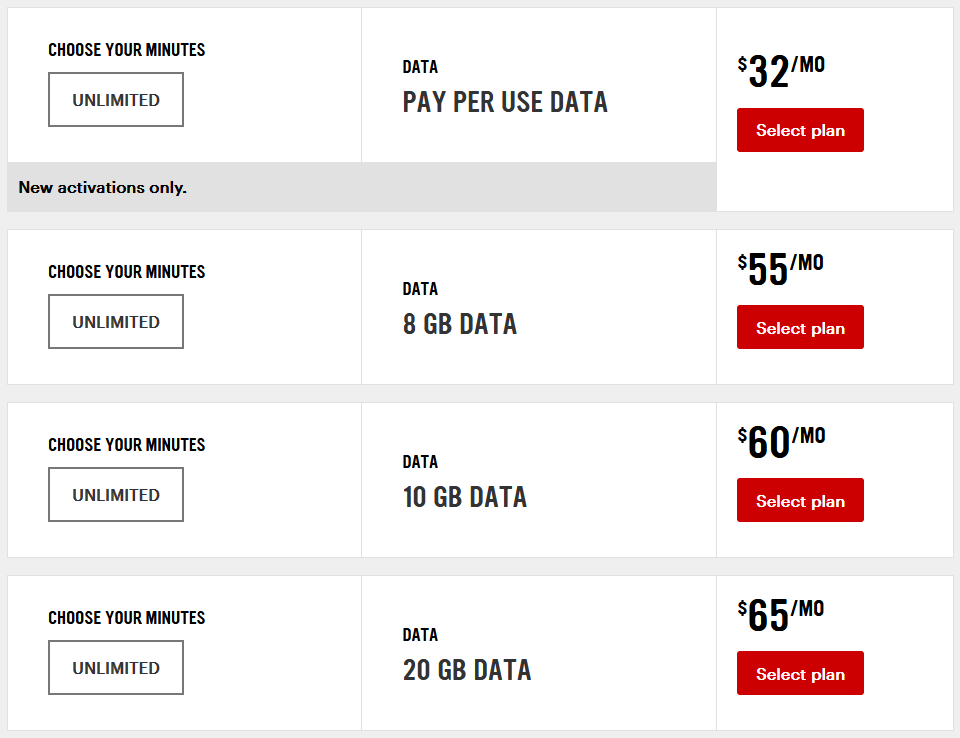 Much of the analysis that can be said here mirror’s what was said about Fido given the similar pricing between it and Virgin. 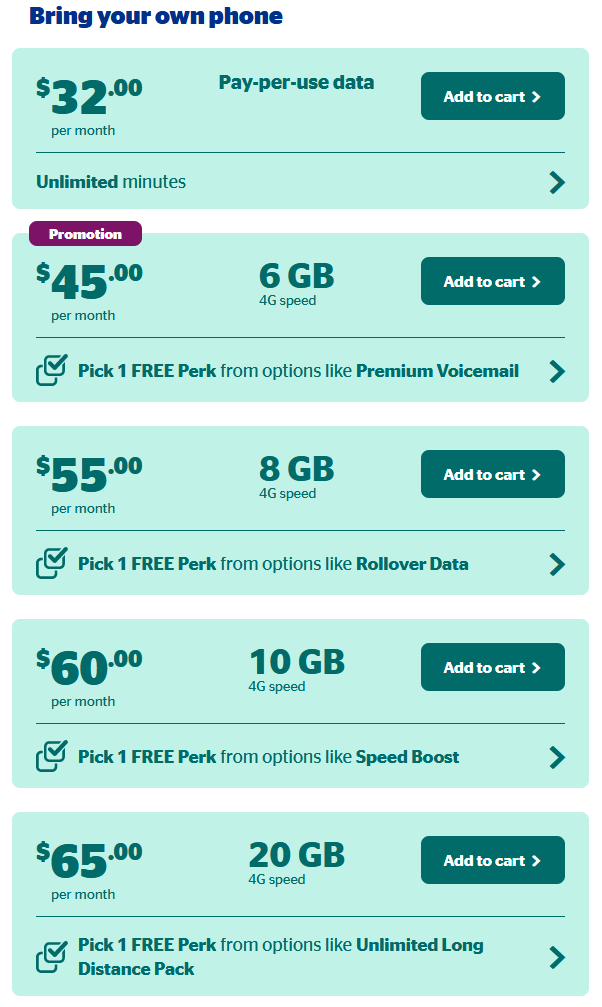 Finally, Telus flanker brand Koodo was the first to add speed caps to its plans. In February 2022, Koodo capped speeds at 100Mbps, notably slower than Virgin and Fido. However, Koodo has since launched ‘Pick Your Perk’ plans that let customers select a free add-on perk. Options include things like international texting (which used to be included in several Koodo plans), rollover data and a speed boost that increases Koodo’s speed cap to 200Mbps. Koodo’s current plans are:

On the surface, Koodo’s $45/mo 6GB plan stands out as a notable stopgap between the $32/mo talk and text and $55/8GB plan. However, both Fido and Virgin offer a similar plan under the ‘Starter plan’ banner. It’s not entirely clear why Koodo chose to offer the $45/6GB as a promotional plan rather than as a Starter option.

You can view Koodo’s plans here.