This prevents law enforcement and hackers from accessing your data 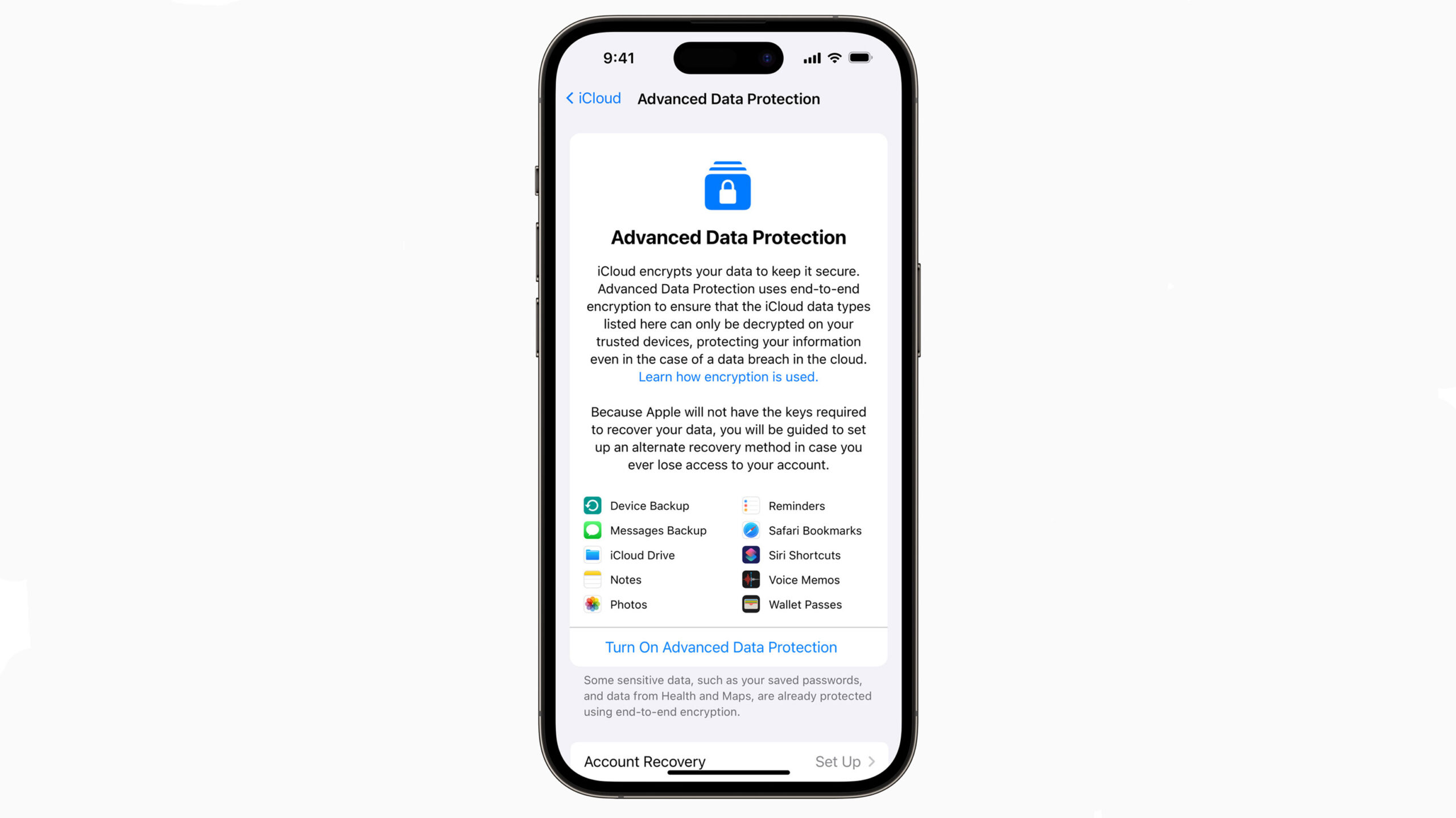 Apple will now allow users to end-to-end encrypt photos, notes and, more importantly, full backups stored in its iCloud platform, according to a recent press release from the tech giant.

As part of what the tech giant calls ‘Advanced Data Protection,’ the following can now be encrypted: device backups, Messages backups, iCloud Drive, Notes, Photos, Reminders, Safari bookmarks, Siri Shortcuts, Wallet Passes and Voice memos. According to the company’s press release, only iCloud Mail, Contacts and Calendar aren’t covered because of the platform’s “need to interoperate with the global email, contacts, and calendar systems.”

With Advanced Data Protection turned on, Apple says that law enforcement and hackers can’t access your data in the tech giant’s databases. With the feature off, Apple can help users recover their information if need be, but it’s also far less secure.

The feature is available now to iOS beta users in the U.S. and will release globally in 2023. Alongside this announcement, Apple confirmed it no longer plans to scan users’ iCloud libraries for images of child sexual abuse. The company also revealed that it will launch iMessage Contact Key Verification, a feature designed for journalists, human rights activists and members of government, that aims to verify users are only messaging who they intend to.