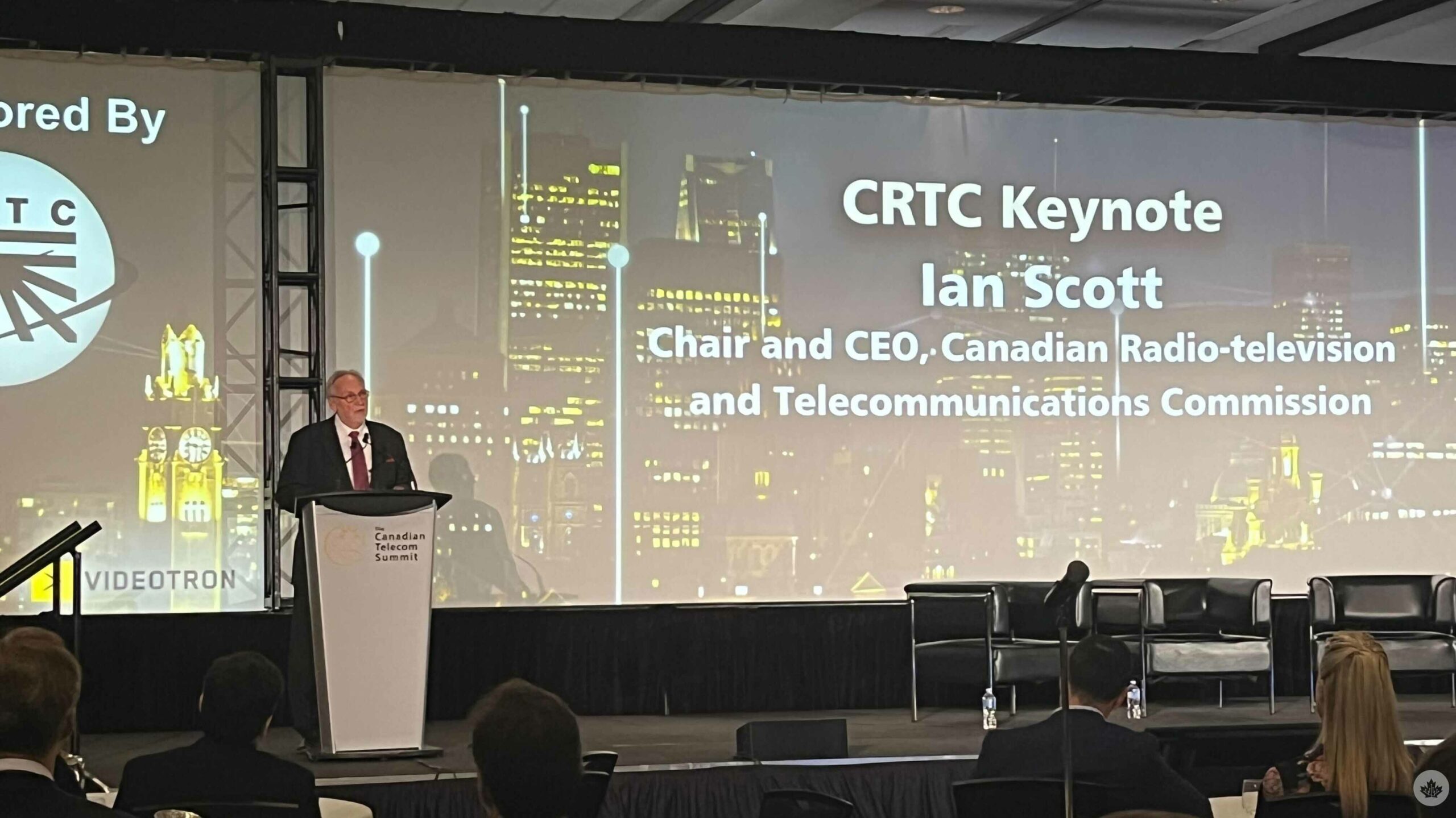 Ian Scott took the stage at the Canadian Telecom Summit (CTS) last Monday to deliver what is likely his last speech as the chair of the Canadian Radio-television and Telecommunications Commission (CRTC).

His speech was the only thing remaining before the end of the conference day, and Scott joked that he would take his time on stage. A slight chuckle later, Scott was back in presentation mode, an approach he often took when it came time to talk about the CRTC.

MobileSyrup sat down in a small room steps away from the main stage with Scott soon after. He said he hadn’t done many media interviews since taking on the role in September 2017. Small talk consisted of a couple of chuckles and discourse on social norms, but as soon as the recorder came on, Scott, in typical fashion, got serious.

Pointing at his last five years in the role, Scott labelled a question asking him to describe his time as chair as being too broad before specifying the CRTC has “done important things,” pointing to his CTS speech as an example. One aspect of his speech focused on closing the digital divide in Canada.

Scott provided little to no explanation for why any CRTC decision was rendered the way it was, saying chairs are only one of nine votes. The CRTC tries to get as many Canadians to participate in the process, which staff analyze and advise members before making decisions. But every decision will have winners and losers, he said.

Asked how he feels about views stating he did more for telecom companies than Canadians, Scott said he doesn’t agree with the notion that’s been “promulgated by some parties.” He insinuates some of this might also come from the decisions the CRTC makes.

“We render decisions we think balance all of that evidence,” Scott said. “Those who are unhappy with it, whether it’s for economic or other reasons, are entitled to their view, but it doesn’t change anything.”

The one view Scott opted to discuss in the interview involved accusations of bias against him and his previous work with Telus. Once a vice president for the telecom giant, Scott said he doesn’t “understand” what that has to do with his role as chair of the CRTC. He also appeared puzzled as to why people don’t reference his time at other telecom companies, such as Sprint Canada.

“Something about trying to paint a particular picture,” he said. “I have no bias. I have no view.” 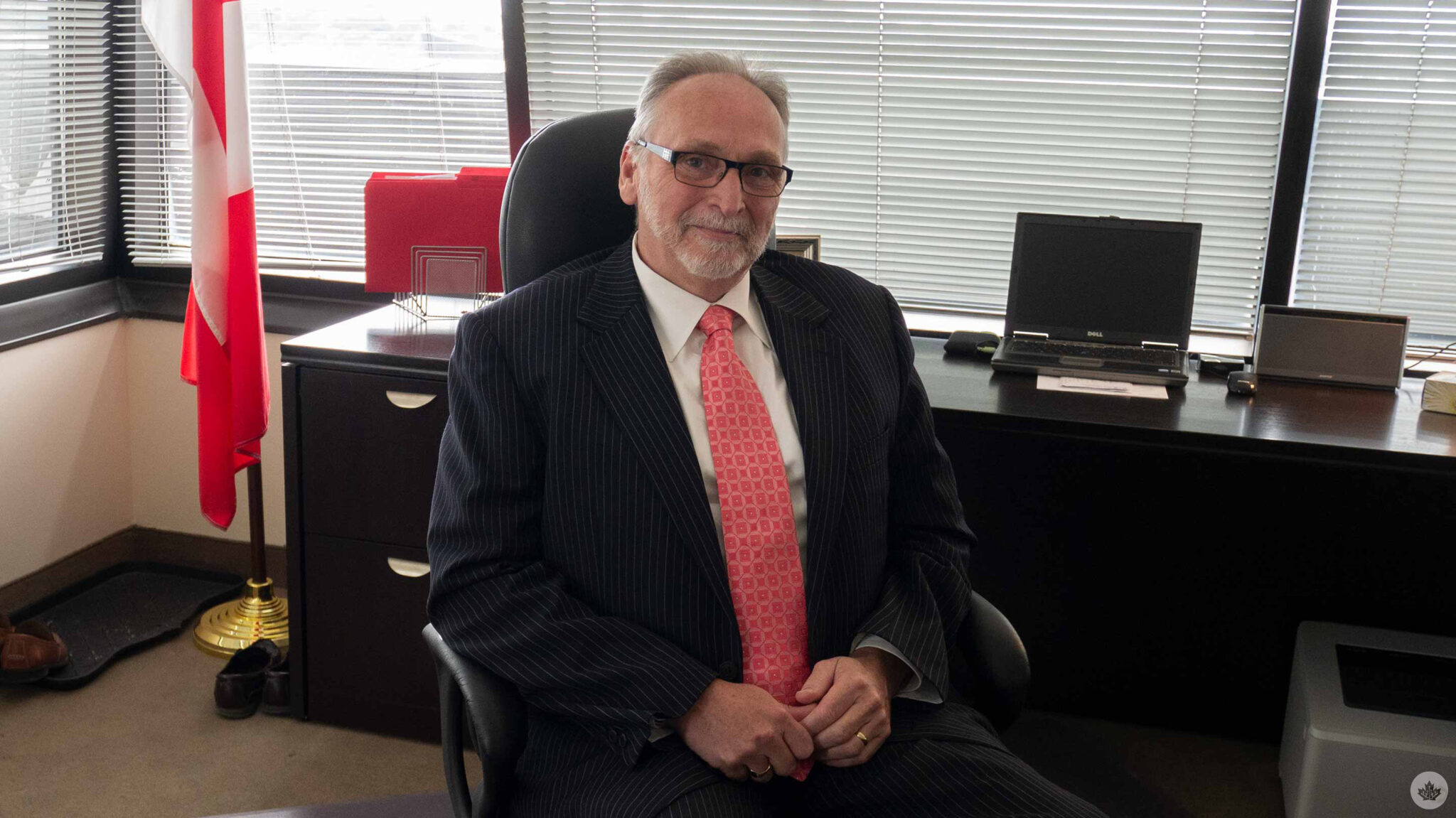 When asked about his thoughts on people saying the CRTC is at least partially responsible for the high rates for internet Canadians pay, he said the internet market isn’t rate regulated. “It’s a competitive market, and the commission has never regulated internet rates nor mobile rates.”

He said the only place internet rates were regulated was in the Northwest Territories, where it was found there wasn’t enough competition. “We don’t have intense enough price competition,” Scott said on the matter. The Commission has tried to address this over the past decade through the resale and wholesale model, but it didn’t have the desired effect, he said.

In 2019, the CRTC concluded wholesale internet rates were too high and needed to be lowered. However, the CRTC reversed the decision after telecom companies, including Bell, filed appeals. The CRTC said it ultimately made a mistake in its original decision. Scott’s meeting with Bell executive Mirko Bibic was brought up as a contention for the decision, which Scott strongly denied.

“The rates need to be lower, we need to have more intensive price competition. The commission has and will continue to find the right formula. Right now, the framework that’s there is not producing the desired results,” Scott said.

Scott was originally supposed to vacate his role months ago but had it extended as the government looks for a new chair that’s capable of taking on a role that has evolved since Scott first took it up. The chair’s mandate involves new avenues, such as regulating content through streaming services.

“Our job is to identify the issues, build that record, render decisions.”

It’s not clear if Canadian Heritage, the government department responsible for the hiring, is any closer to finding a candidate. Laura Scaffidi, Press Secretary to Canadian Heritage Minister Pablo Rodriguez, told MobileSyrup that the successful candidate will be announced in “due course.”

If given the opportunity, Scott said he would do this all over again. “It’s an important organization, and it’s important work. I have the utmost respect for it and its staff.”

Asked what he thinks his legacy was, Scott said he doesn’t have one. He said when he started, people wanted to know what his vision was, and now they want to know the legacy.

“Our job is to identify the issues, build that record, render decisions. If we do that well, and if we respect principles of administrative law, [and] if we reach more Canadians than we did previously, then we’ve done a good job.”