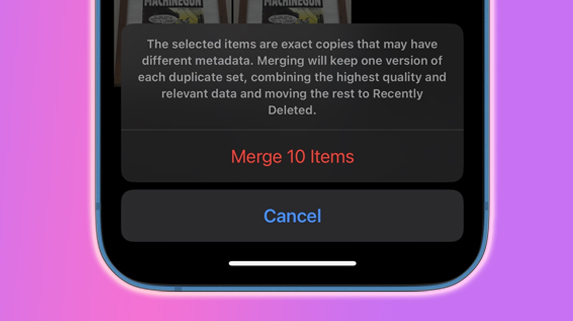 If you own an older 64GB base storage iPhone and find yourself needing to make room for new applications, or you’ve just got a spammy friend group that repeatedly sends photos and videos, iOS 16’s new ‘duplicate detection’ feature can help you claim some of your storage back.

In the past, third-party applications like Remo or Photo Cleaner were the go-to solution to get rid of duplicates in your photo library. Now, with iOS 16, Apple has baked the directly in the Photos app. You can use the feature if you’ve got iOS 16 installed on your iPhone 8 or later released device.

That’s it. Once merged, all or the duplicates you individually selected will be converted into a single photo, and they’ll take up half the space they were originally consuming.