The virtual worlds are aimed at a younger audience 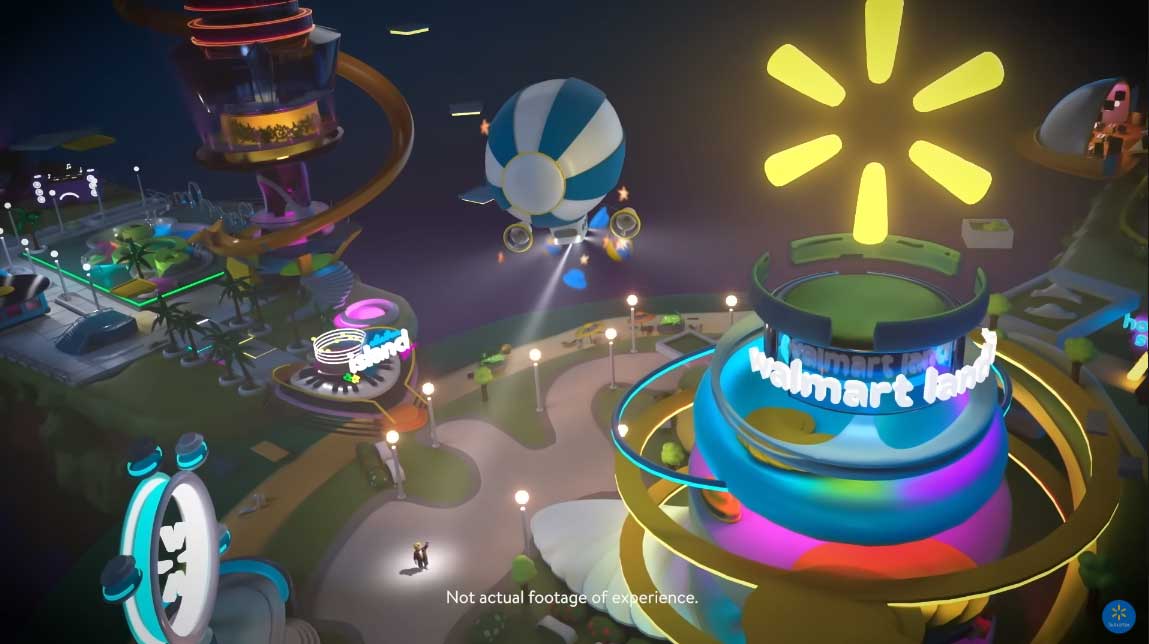 Earlier this year, a Walmart metaverse video went viral that showed how Walmart imagines the future of grocery shopping to be. The video in question was made back in 2017, and its sole purpose was to impress influencers at SXSW (South by Southwest Festival) and get an edge over the competition by showing off a virtual shopping experience.

Walmart never implemented this vision — that is, until now.

The multinational retailer has revealed two metaverse worlds developed in the game Roblox: Walmart Land and Walmart’s Universe of Play.

The reveal trailer shows the virtual world as having a blimp, an island with clothing, a swimming area, and some sort of mini-games. According to CNBC News, the islands also feature a music festival area and a “Verch” (Virtual Merchandise) area. Get a load of that.

The virtual worlds are aimed at the younger audience and would serve as “a testing ground for Walmart as it considers moves in the metaverse and beyond,” said William White, Walmart’s chief marketing officer, in a statement given to CNBC News.

“How are we driving relevance in cultural conversation? How are we developing community and engagement? How are we moving the needle from a brand favorability [standpoint] with younger audiences?” said White. “That’s what we’re trying to accomplish here.”

It’s worth noting that Walmart currently won’t make any money off of the virtual worlds, but it surely is a good tactic to attract young shoppers, who would see the virtual store and the “Verch” it has to offer and might be persuaded to ask their parents to buy them something from the retailer, be it in-store or online.

CNBC News does note that Walmart could make money from the virtual worlds in the future by charging brands to be included in its metaverse as a type of advertisement or source of visibility.

Check out the retailer’s Roblox metaverse trailer below: