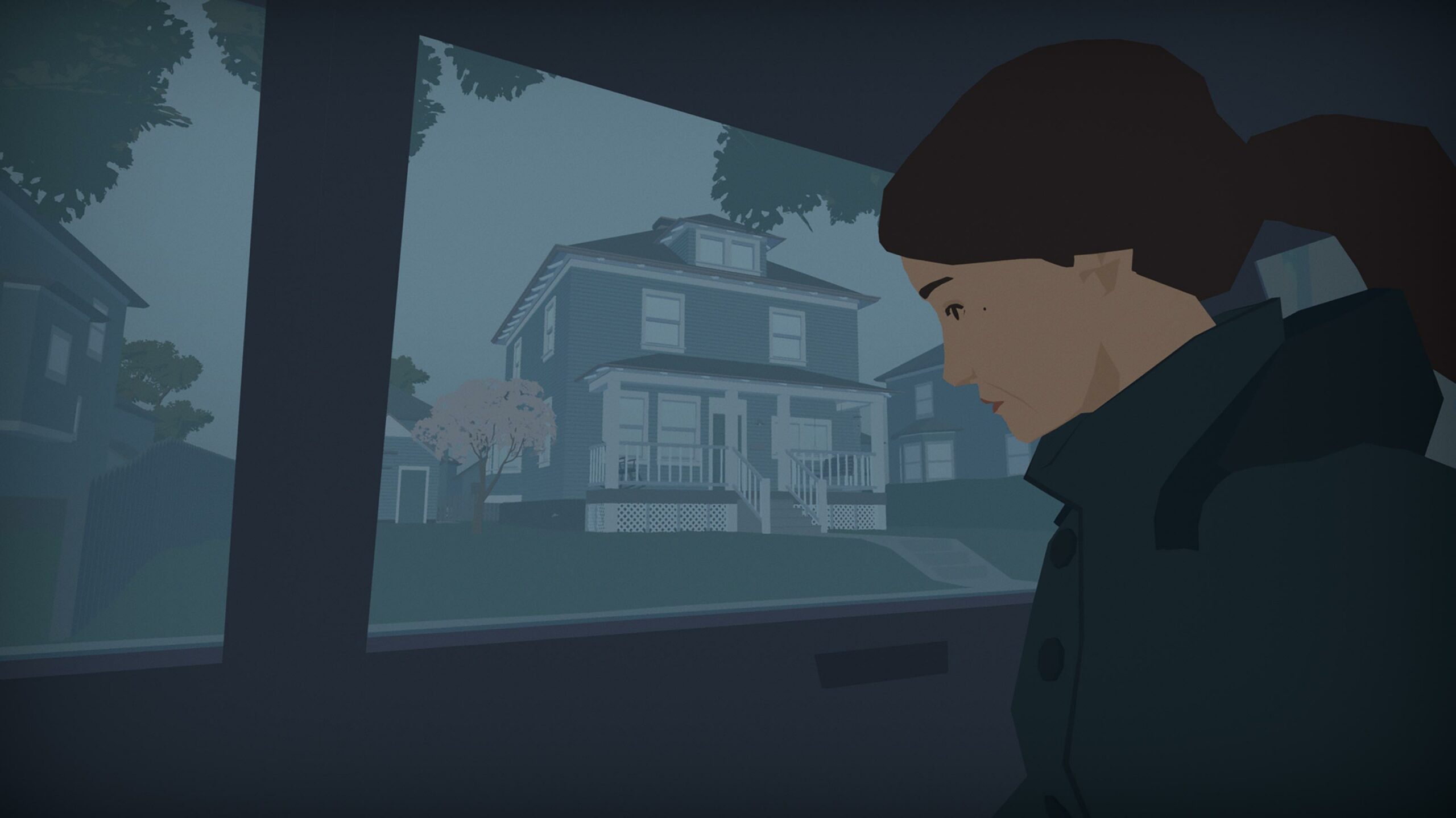 It’s not necessarily uncommon for adventure games to follow characters as they reflect on their lives, but Annapurna Interactive’s Hindsight seems to be approaching the concept in some clever and effective ways.

Primarily developed by creator Joel McDonald (Prune) and narrative designer and writer Emma Kidwell (Half), Hindsight tells follows a woman named Mary as she’s clearing out her childhood home. Along the way, she drudges up memories of her mother, who has since passed away.

“How do we make the most of the time we have on Earth?” says McDonald of the game’s premise during a hands-off media preview. By going through her old home, Mary will have to come to terms with her complicated feelings about her past. “How did I lose touch with what was important?” Mary asks herself during the demo. Over the course of Hindsight‘s three-to-four-hour story, you’ll figure out just that.

Right away, it’s easy to see how Hindsight could compare to emotional narrative-driven adventure games like Gone Home and What Remains of Edith Finch. But the storytelling techniques that McDonald and Kidwell use appear unique and well-executed. During each of the game’s chapters, you’ll see snippets of Mary’s life play out, and in order to progress, you’ll need to find “apertures.” These objects, which can be part of the characters or environment, will directly lead into the next scene through stylish, cinematic transitions. 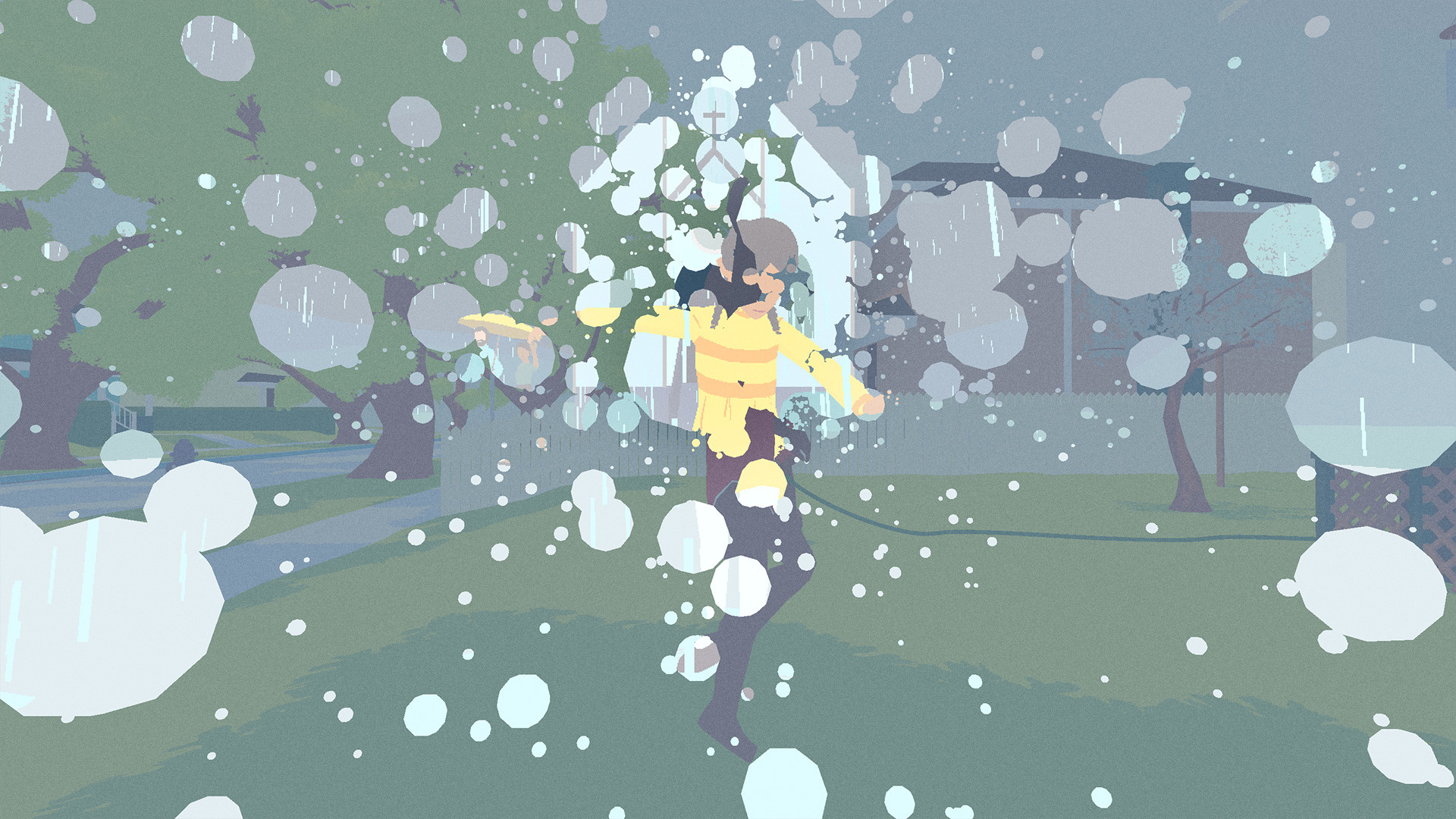 According to McDonald, this idea came from taking the concept of mementos, which transport us back in time, and making that literal. As an example, one scene shows a child Mary excitedly asking her mother to spray her with a hose on a warm and sunny day. After her mother enthusiastically obliges, you, the player, must pan the camera around until you can line up another image of Mary through the ensuing water droplets. This segues into a dark and moody scene in which Mary is splashing in a puddle alone in the rain. In another instance, you have to re-arrange broken pieces of a mirror so you can zoom through it into the next segment.

It’s a smart way of creating light “puzzle” mechanics of sorts to engage the player while allowing for smooth jumps between often visually or tonally juxtaposed scenes. McDonald says the goal behind bouncing between these different periods of Mary’s life was to create “that feeling of being in a particular place in time.”

“And just sitting with it,” adds Kidwell, noting that players can their time to just absorb individual moments before moving on. “Because there are going to be a lot of heavy themes that we deal with.” Indeed, without any sort of combat or enemy threat, you’re free to just soak everything in, and it looks to create an appropriately wistful vibe when coupled with the game’s minimalist, painterly aesthetic. Adding to that is the fact that McDonald and Kidwell say Hindsight‘s story draws a lot from their own lives, which should add some authenticity to the subject matter. 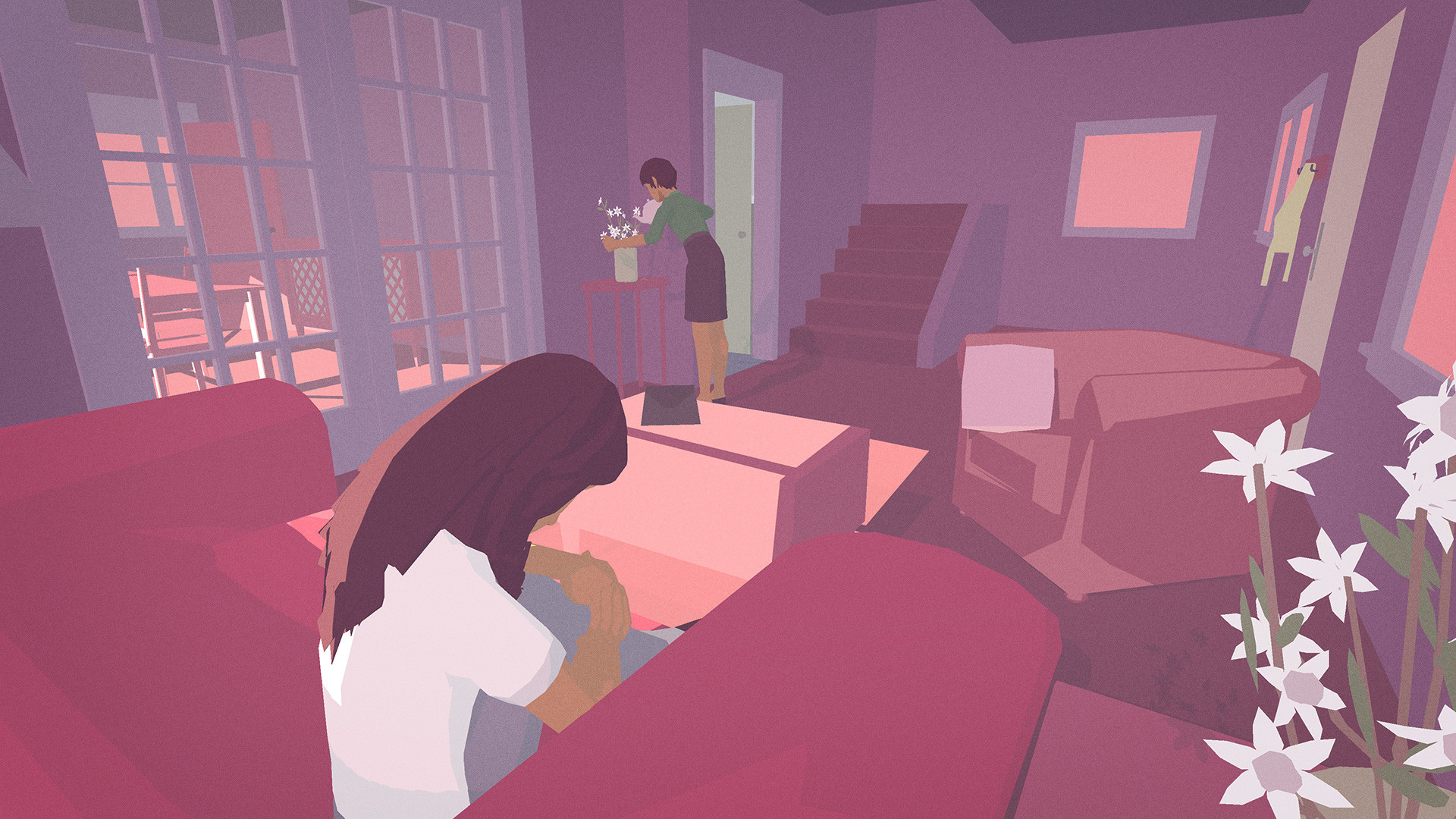 On top of Mary dealing with her grief, there’s a larger external narrative at play regarding her job as an accomplished chef. At the start of Hindsight, she’s about to open her own restaurant, so returning home is a way to close one chapter as she’s about to open another. We see this play out during the demo when a phone call in the present day snaps her back to reality as she’s reminiscing. It’s currently unclear how much of a role this side of the story will play, but Kidwell says it serves as “an external force to push the player and remind them why they’re there,” and from that perspective, it seems to be working well.

At the end of each chapter, you’ll also get the chance to keep one object in Mary’s suitcase in what Kidwell says was inspired by an Itch.io game called Packing Up the Rest of Your Stuff on the Last Day at Your Old Apartment. While Hindsight‘s narrative beats won’t change depending on what you pick, McDonald and Kidwell say it’s a chance for the player to reflect on the journey as they go along. 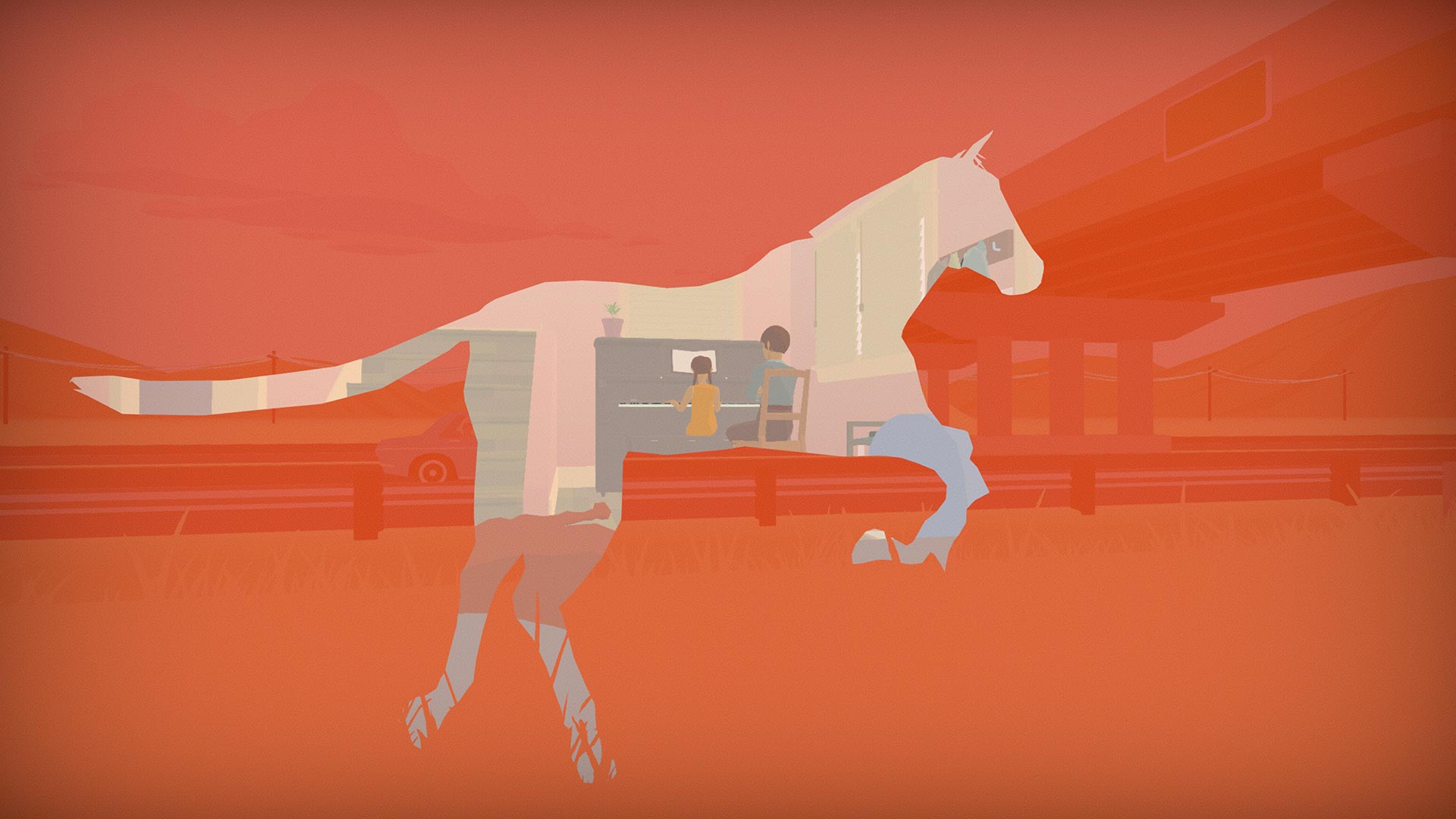 “You as the player choose what you want to value — what matters in your own life or what would matter to Mary,” says McDonald. “Player expression was really important to us,” adds Kidwell. “It acknowledges the player’s journey that they’re having with us.”

In the end, I’ve come away quite intrigued by Hindsight. It’s looking to be a tightly crafted and emotional story told through an engaging presentation style. I’m eager to play it for myself when the game releases sometime later this year on Nintendo Switch, PC and iOS.