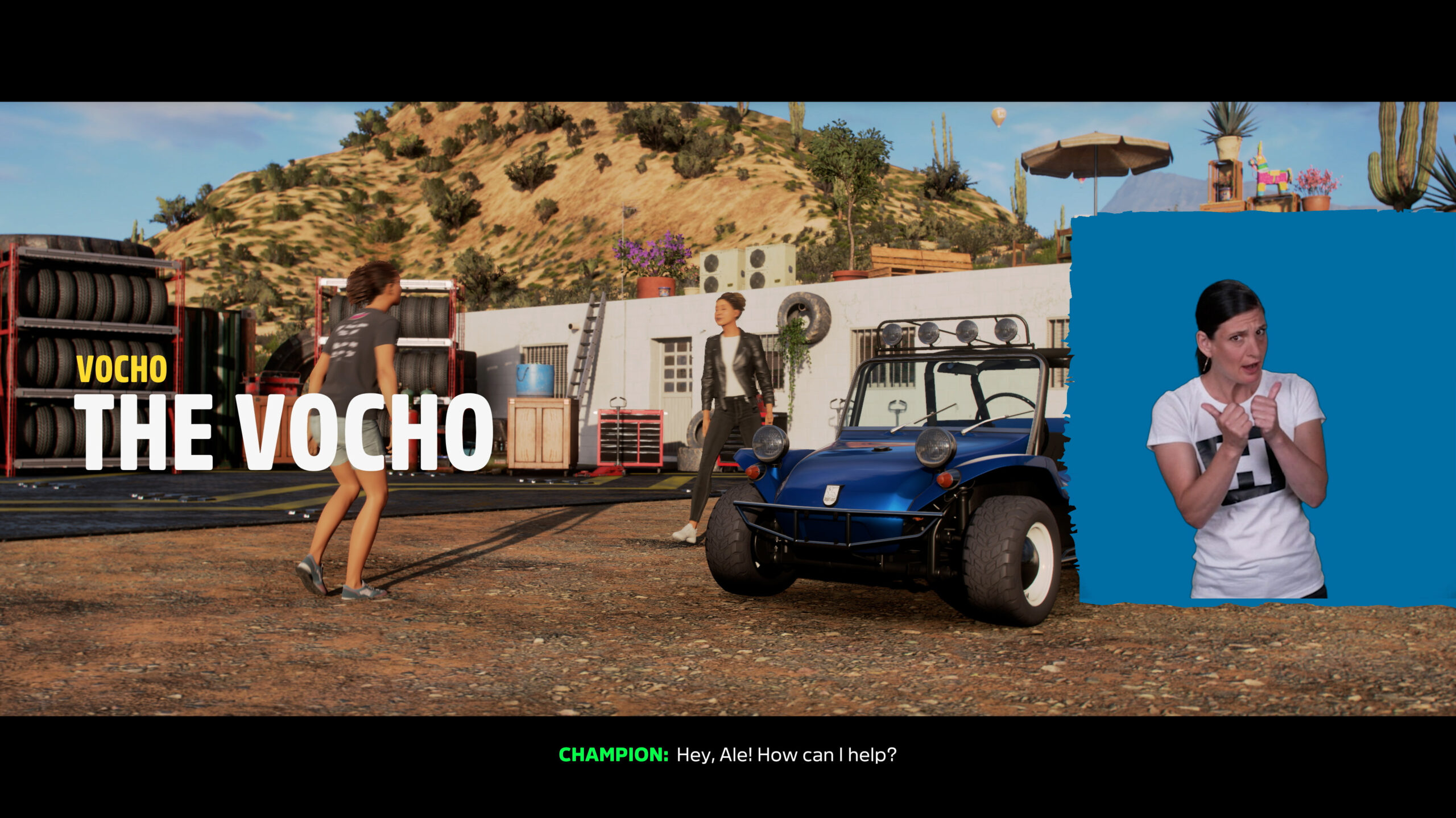 According to the developer, the update includes actors from the deaf and hard of hearing community signing sections of the critically acclaimed racing title’s story through roughly 150 cutscenes.

The scenes include jumping into challenges, getting ready for races and encountering other players across Mexico.

The feature was created with the help of Cameron Akitt, an avid gamer who grew up hard of hearing.

“We should be able to access the same story beats and narrative components. Otherwise, we’re only getting half the picture and not getting the full experience. Including sign language is about enabling more deaf and hard of hearing people to have ownership over their gaming experience,” said Akitt in a recent blog post.

When the feature is turned on, a native ASL/BSL speaker appears on-screen during these scenes and signs the story to the player (see the example in the above video).

Over the last few years, there’s been a significant push to make gaming more accessible, with Microsoft releasing its Xbox Adaptive Controller and major titles like The Last of Us Part II offering features like text narration, customizable colour and contrast, a screen magnifier and more.

Playground Games took home the award for ‘Innovation in Accessibility” at The Game Awards 2021 and two ‘Can I Play That?’ awards at the ‘Accessibility Awards.’ For more on Forza Horizon 5, check out our in-depth look at the game.

The feature is set to make its way to Forza Horizon 5 on March 1st. The game is available on Xbox consoles and PC.