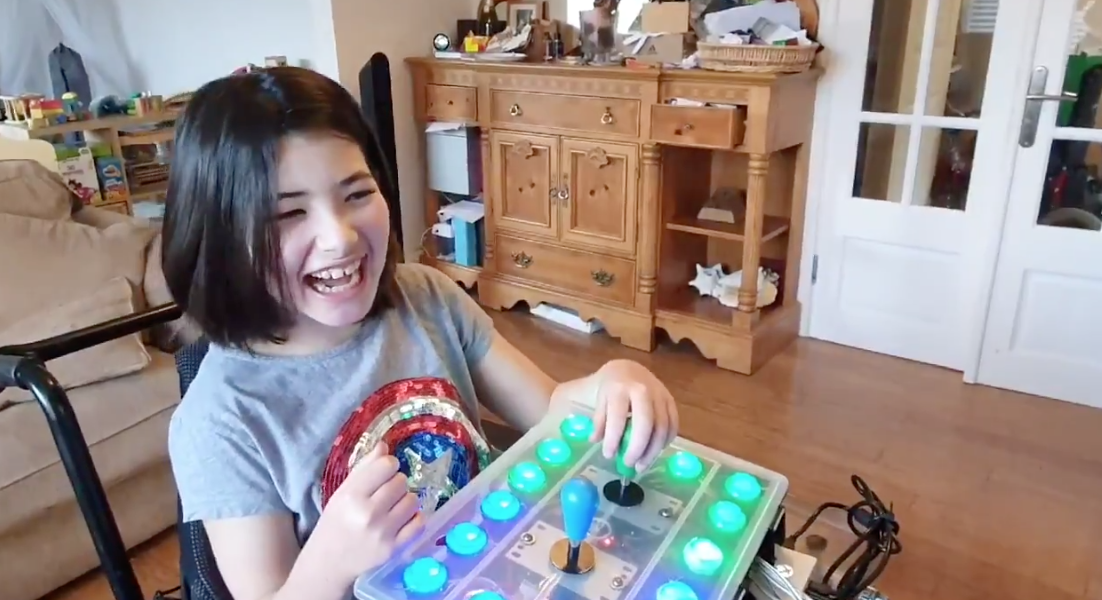 One of the most innovative products to come out of Microsoft in recent years is the Xbox Adaptive Controller.

The accessibility-minded gaming peripheral allows users to customize configurations and inputs to meet their specific needs.

Because of that, people are able to do some nifty things with it.

Over the weekend, Steel took to Twitter to show off the whole process.

He first started actually building the device on Saturday using the Adaptive Controller and some parts he got on eBay.

This weekends project. Make a @Nintendo #switch accessibility controller for my daughter using @Microsoft #adaptiveController and some @eBay parts. pic.twitter.com/YHN38SG9dZ

Shortly after, he showed off a prototype, which incorporated a box with compartments for two large joysticks that were drilled through. He then uses them to play The Legend of Zelda: Breath of the Wild.

Controller success! Buttons tomorrow as I need a slightly larger drill bit than standard. Off the @BandQ then trials being in the morning. #accessibility @Nintendo #switch @Microsoft #adaptiveController pic.twitter.com/gxQPjZlP20

Several hours later, he showed an updated model that included additional buttons that were lit up. Given that this was now the evening in the U.K., he said he’d continue his work the following day.

That's enough for tonight. Some serious soldering and wire management tomorrow morning for some game testing in the afternoon. My daughter is desperate to try but we've kept it a secret from her brother who's been itching to play #ZeldaBreathoftheWild. @Nintendo @Microsoft pic.twitter.com/bgIC9h9aH3

As promised, Steel returned on Sunday with the finished product. In the video, he shows Ava playing a bit of Breath of the Wild.

Finished! Ava gives my homemade #accessibility controller V1.0 the thumbs up. She can play @Nintendo #BreathoftheWild on her #switch like her friends now. All thanks to @Microsoft ? #adaptiveController #XAC @brycej @ArranDyslexia @shanselman pic.twitter.com/dOhGnUFZa0

Because of all the Adaptive Controller’s inputs, Steel was able to map each individual Switch button to a corresponding large illuminated button on his custom gamepad. For example, one of these buttons allows protagonist Link to open and close his in-game map. Overall, Ava seemed to be quite happy with the result.

Since it went live on Sunday morning, Steel’s video has been viewed more than one million times.

Steel’s work even got the attention of Phil Spencer, head of Xbox.

Incredible. And what a smile. https://t.co/jRSuqolRhB

Ultimately, Steel noted that this was a “Version 1” of the controller and committed to making some ergonomic upgrades in the next iteration. To help with that, representatives from Microsoft and Logitech have reached out to Steel to help him take his controller one step further.

Steel also suggested that he’ll put together a walkthrough so that others can replicate his work. Who doesn’t love a happy ending?