Sony partnering with WWF-Canada, donating $1 from each copy of Horizon Forbidden West

PlayStation will be helping to support WWF-Canada’s habitat restoration in British Columbia. 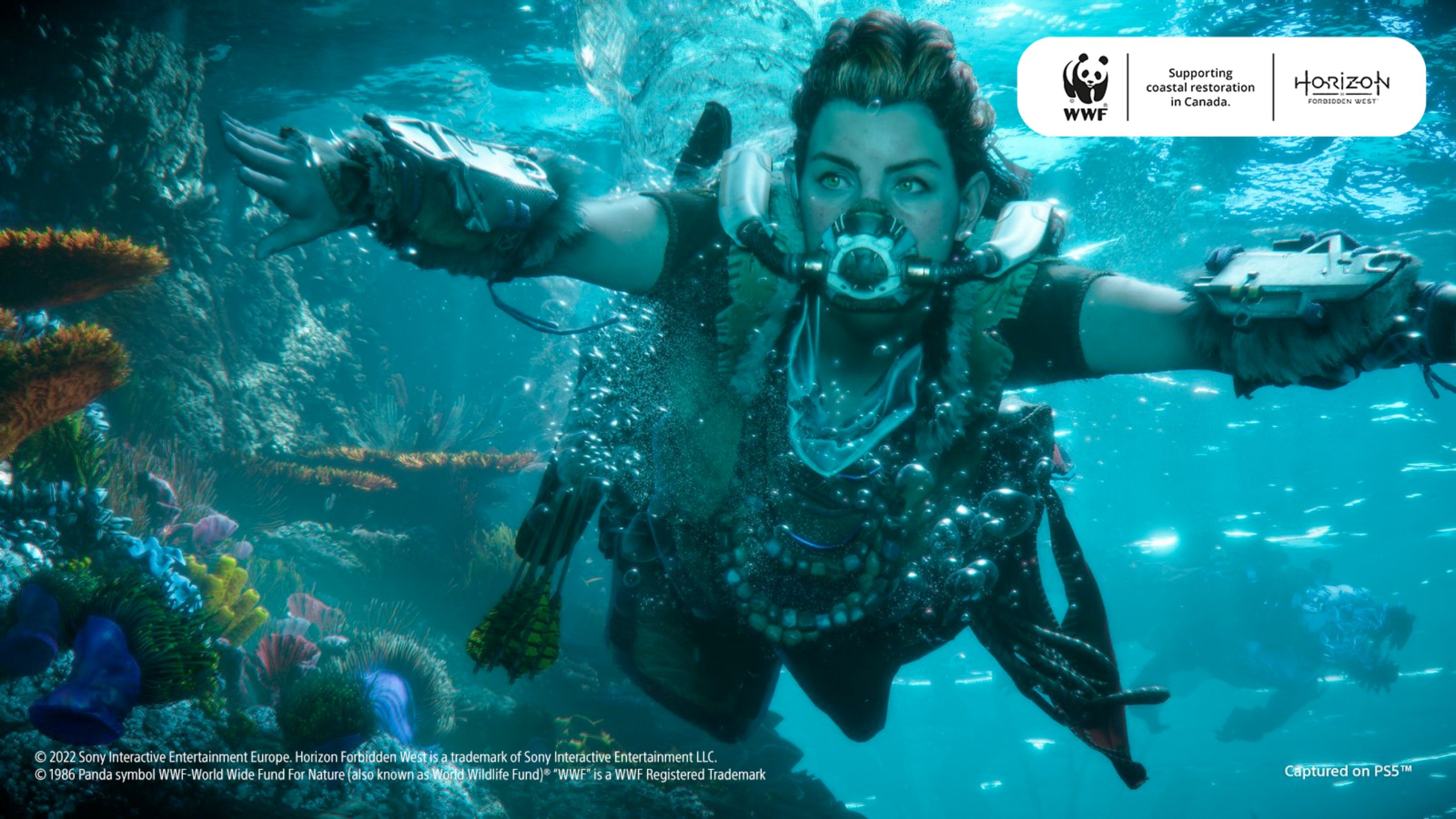 To celebrate the launch of Guerilla’s Horizon Forbidden West, Sony Interactive Entertainment (SIE) has announced its partnership with WWF-Canada. Together, the two will be working towards habitat restoration in British Columbia.

SIE has confirmed that $1 from each copy of Horizon Forbidden West sold in Canada will be donated to WWF-Canada. The company is committed to donating a maximum of $100,000, starting today.

WWF-Canada is responsible for helping to rehabilitate the seagrass around the coast of British Columbia. Seagrass is a vital food for the ecosystem and is an important shelter resource for aquatic life. WWF-Canada also states that restoring seagrass can aid in absorbing carbon dioxide.

Horizon Forbidden West centres on a post-apocalyptic world and features themes of restoring the natural environment. Aloy is on a quest to save life on earth from deadly machines. Though, as civilization has fallen, the world of Forbidden West sees nature taking over. Overgrown greenery and clear blue oceans are amongst the rich environments of the game. Although the game features heavy sci-fi aspects, it also tackles subjects like biodiversity. On top of that, climate change and other parallels draw from today’s world.

In addition to partnering with WWF-Canada, SIE is collaborating with other global partners. This includes the Arbor Day Foundation in the US and The Eden Project in the U.K.

SIE has also announced its Road to Zero plan. This outline covers the commitment to achieve a zero environmental footprint by 2050. This will mean altering the life cycle of its products and business activities during this period. Plus, SIE has purchased carbon offsets from and certified by the Gold Standard organization.