We all know the Mavic 3 is better, but is it worth getting your Canadian drone license for? 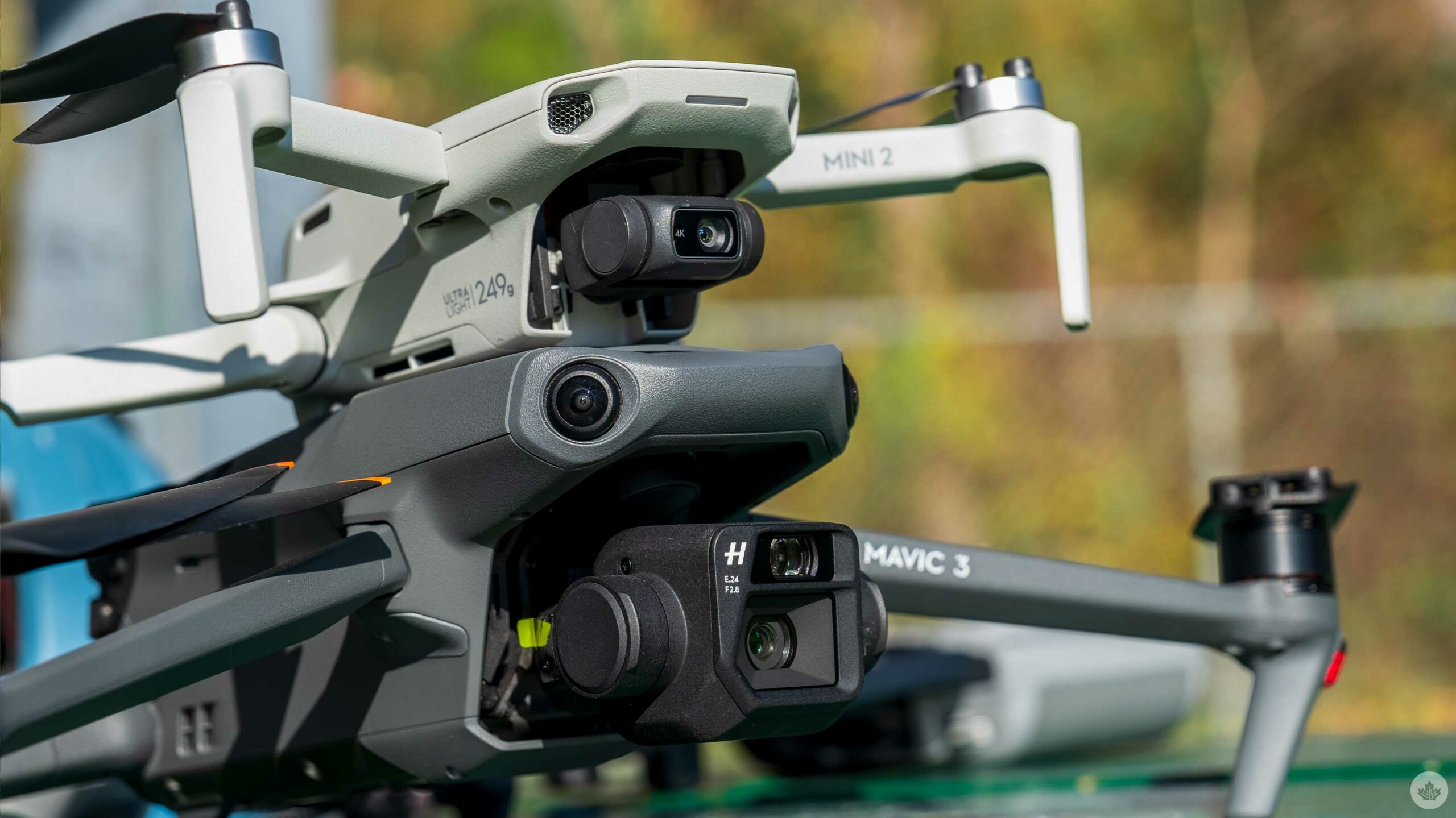 DJI has blown the world away with the wide range of capabilities on its Mavic 3 and Mavic 3 Cine drones, but what I really wanted to know was how much of an upgrade in quality do you get compared to the much cheaper Mini 2.

Both drones can shoot in 4K, feature the same controller and operate in pretty much the same way. However, the Mini 2 sits right under that 250g drone weight sweet spot, which means that you can fly it in Canada without having to get your Basic or Advanced Drone licenses. This is a massive plus for casual drone fans since getting that license is more than a bit of a hassle.

That said, in my time with the Mavic 3, its more intelligent functions and sharper video capabilities blew my mind every time I got it up in the air. 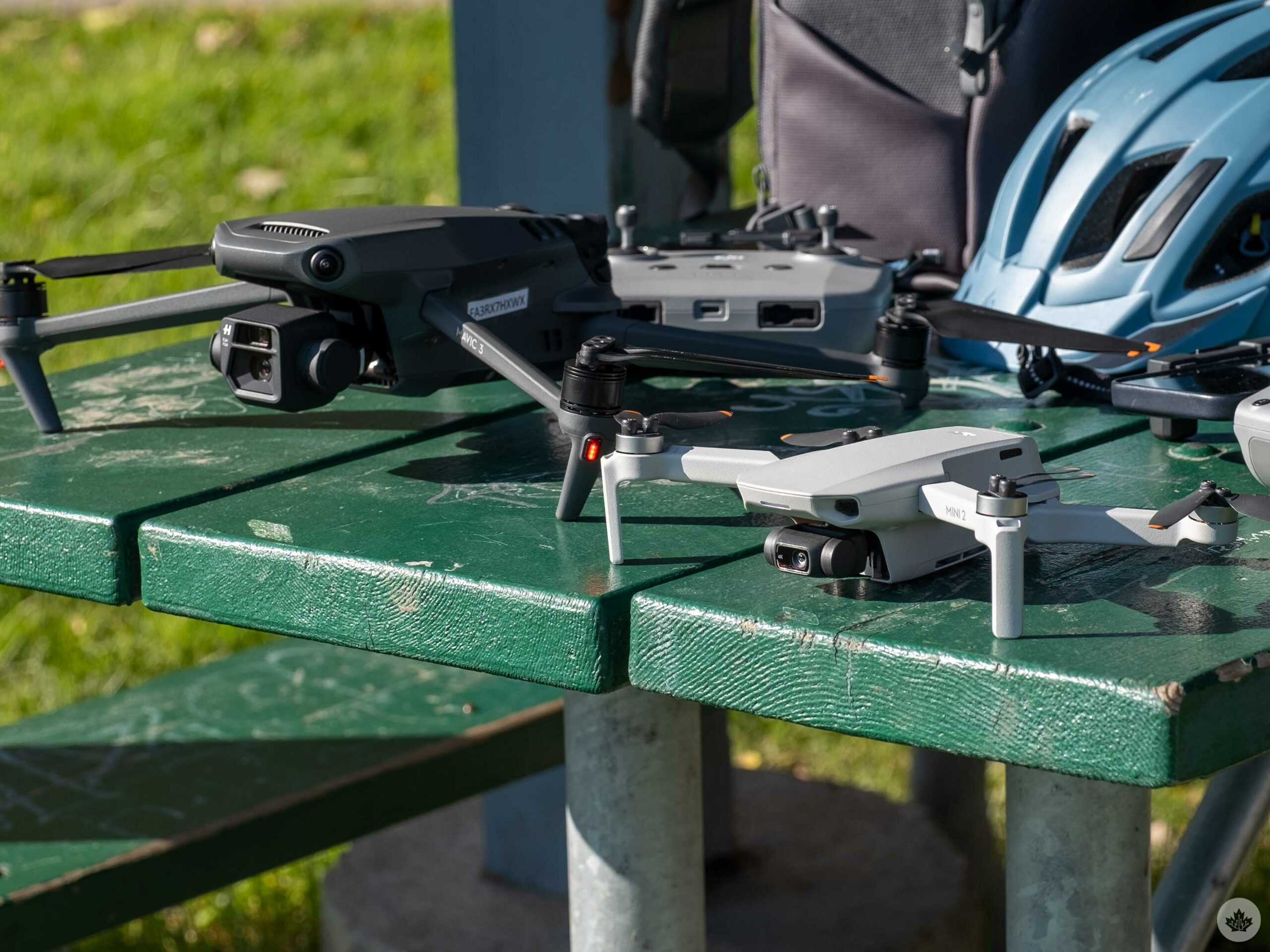 The main camera specs I’m comparing today are the primary lens on both drones. The DJI Mini 2 has a 12-megapixel CMOS sensor that’s 1/2.3-inch large. It features a fixed aperture of f/2.8, which DJI says is equivalent to 24mm focal length.

The Mavic 3 features a much larger 4/3 CMOS sensor that can shoot 20-megapixel images. It also features a variable aperture ranging from f/2.8 to f/11. The larger sensor and the variable aperture are vital factors that allow this drone to shoot pictures and videos in brighter and darker conditions than the Mini 2.

The Mavic 3 also has a half-inch CMOS sensor with a zoom lens, but its quality is pretty lacklustre, and I found myself using it more just to explore rather than take photos or videos. Don’t get me wrong, it works in a pinch, but it’s nothing special. You can see examples of the zoom lens footage here.

How the photos stack up

The first thing you’ll likely notice once you start looking at these pictures is that it’s not easy to line up two drones to take two pics from the same spot. I’ll also mention that I mainly used the cameras on auto to see how the drone automatically exposed each scene. Each image is also an edited RAW DNG file since it’s also worth comparing the editability of each photo given that’s likely how most people will use drone photography. 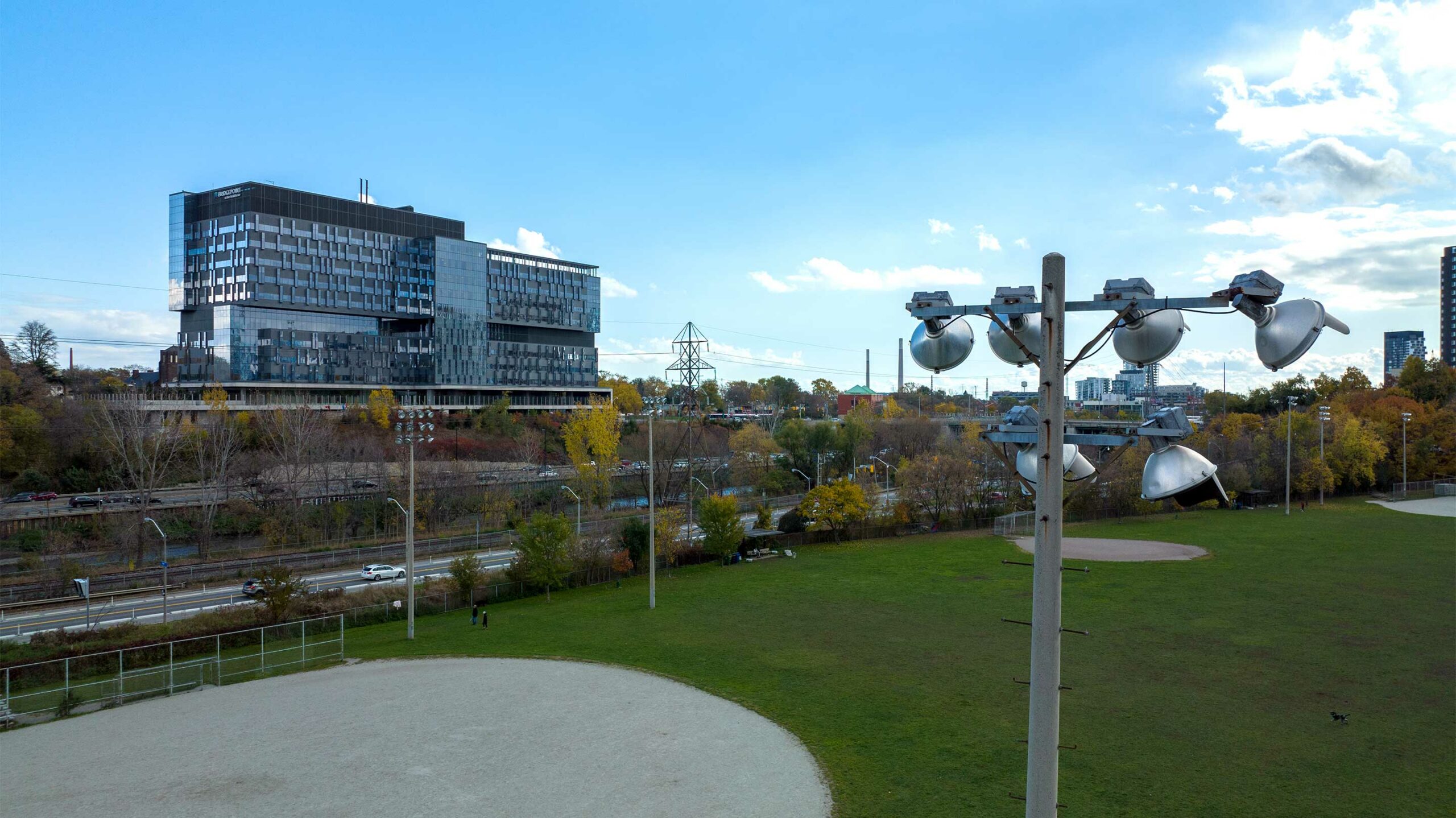 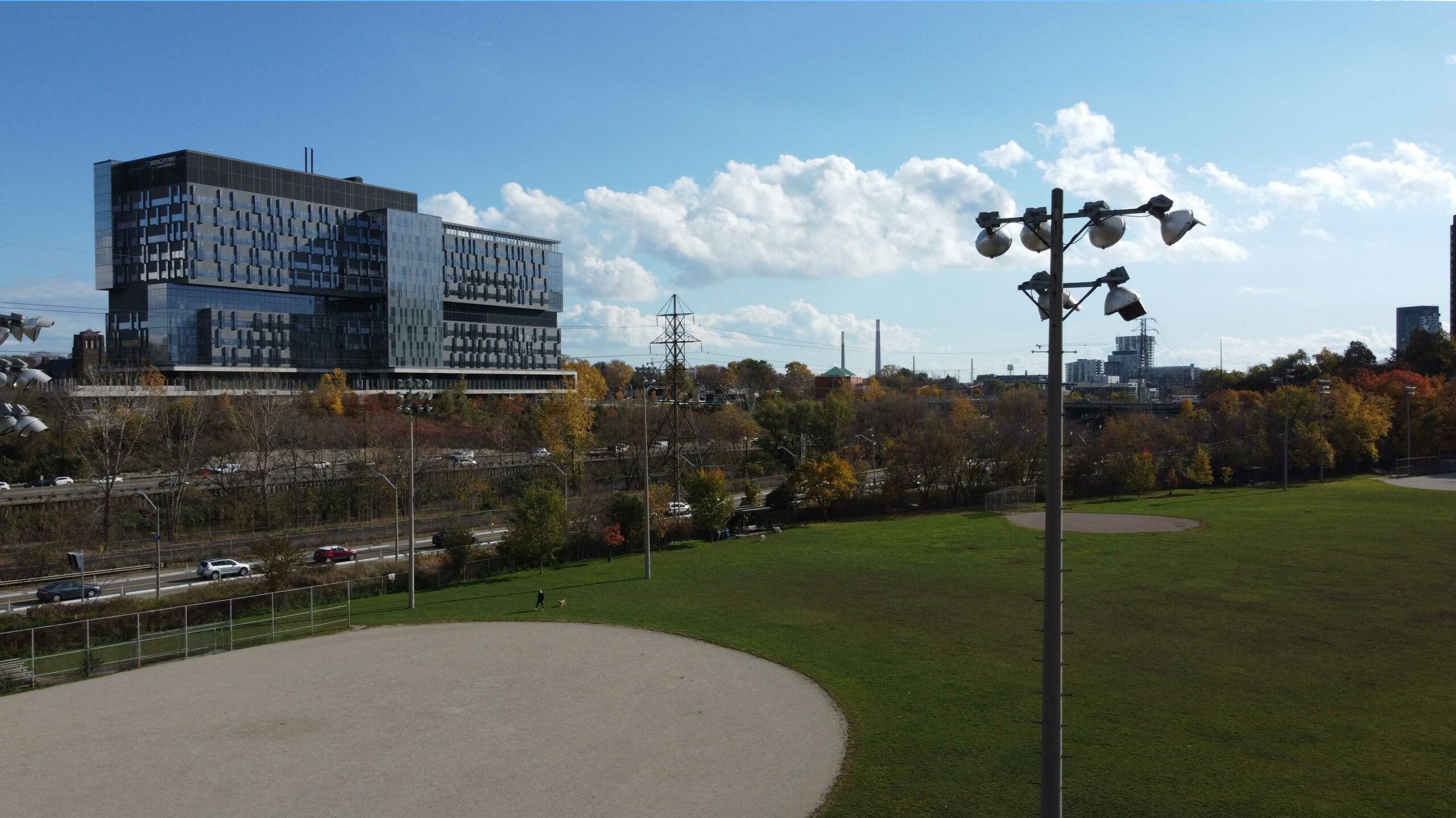 At first glance, I liked the Mini 2 image better, but I think that’s just because I was lucky enough to catch a better frame with a more dynamic cloud to help fill the space. However, once I noticed how sharp the reflections are in the building in the background, my tune began to change.

The Mini shot also looks a bit moodier, but that’s because it has fewer stops of dynamic range, so the light pole in the foreground and some of the background look a lot more contrasty. I also flew the smaller drone about five minutes before the larger one and the sun went behind a cloud between the two slights giving the Mini a more dramatic edge in most circumstances.

Each camera definitely gives off a different look, but I think with a bit more editing and maybe a bit more forethought on my part, I could have made the Mavic 3 look more like the Mini 2 and possibly even a little better. 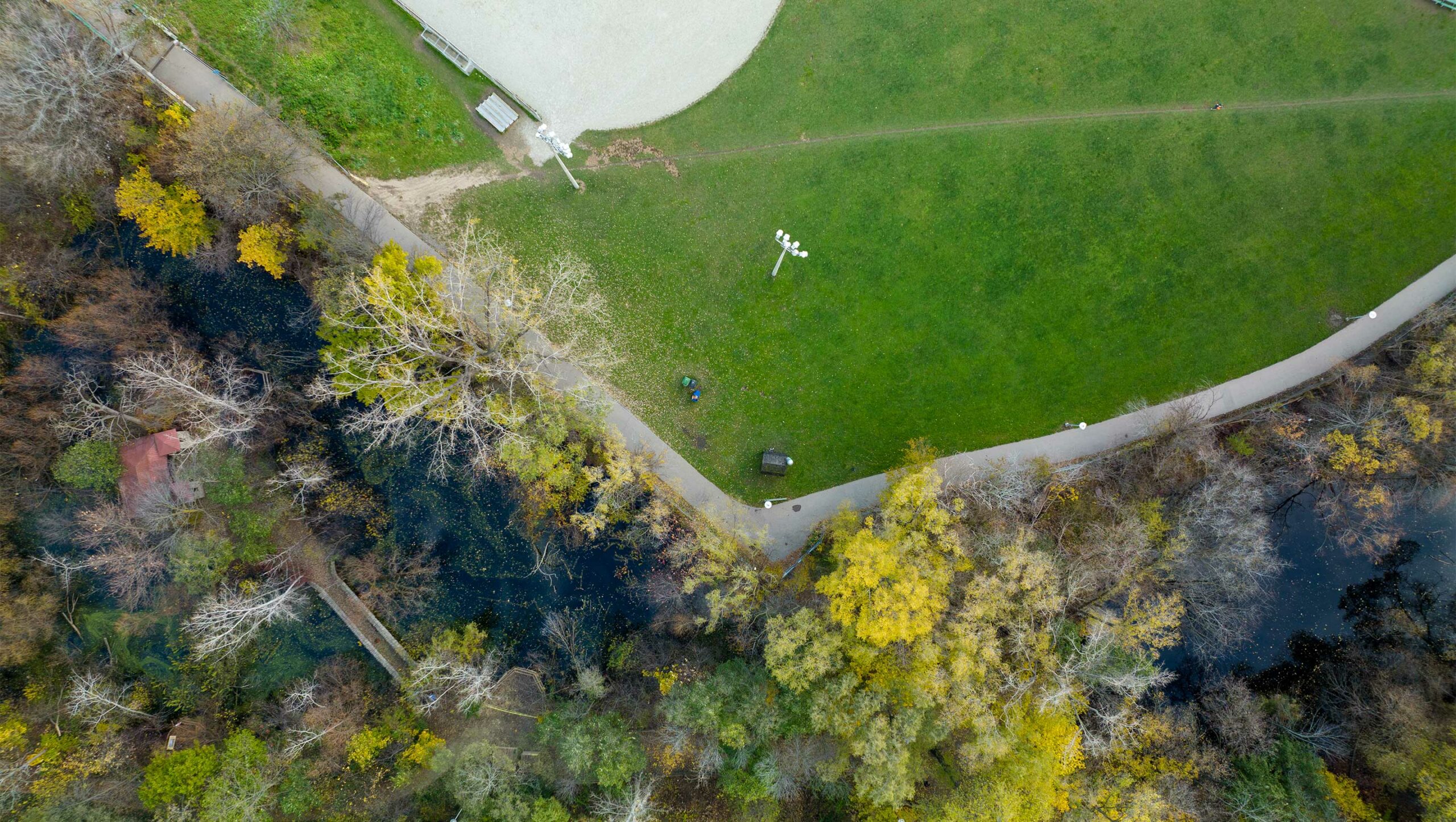 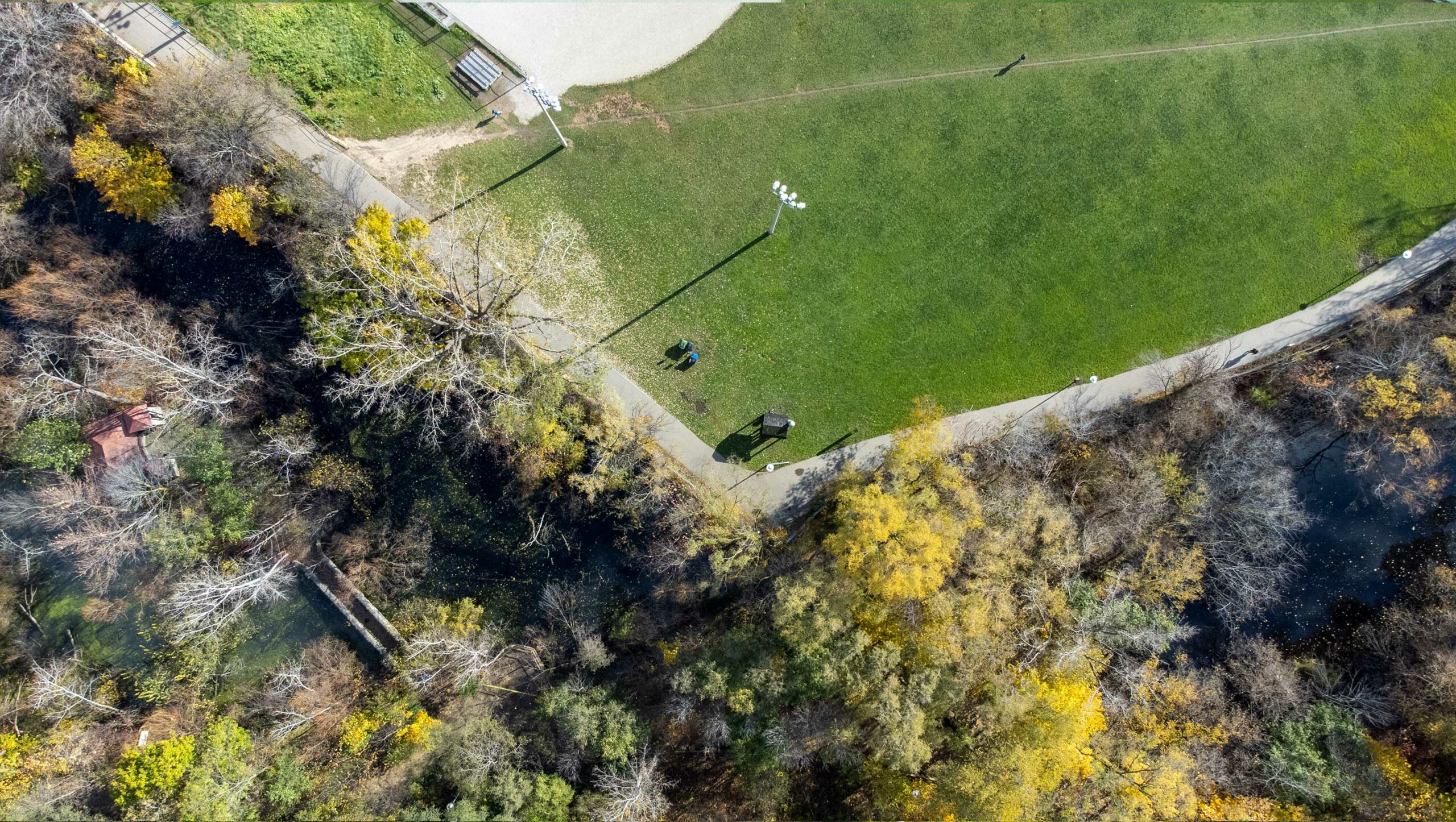 Once again, I think that the Mini 2 pulled off the shot that I like a little bit more. However, the detail in the Mavic 3 is unbeatable in some cases. The amount of detail it was able to capture on the grass and in the water is impressive. I did the Mini 2 flight first, and I didn’t even know there was water back there until I flew the Mavic 3.

Perhaps it was just the harsher sunlight when I flew the Mini, but I found that the leaves on the tree in the Mavic 3 version look a bit blurrier — that is until you crop in. 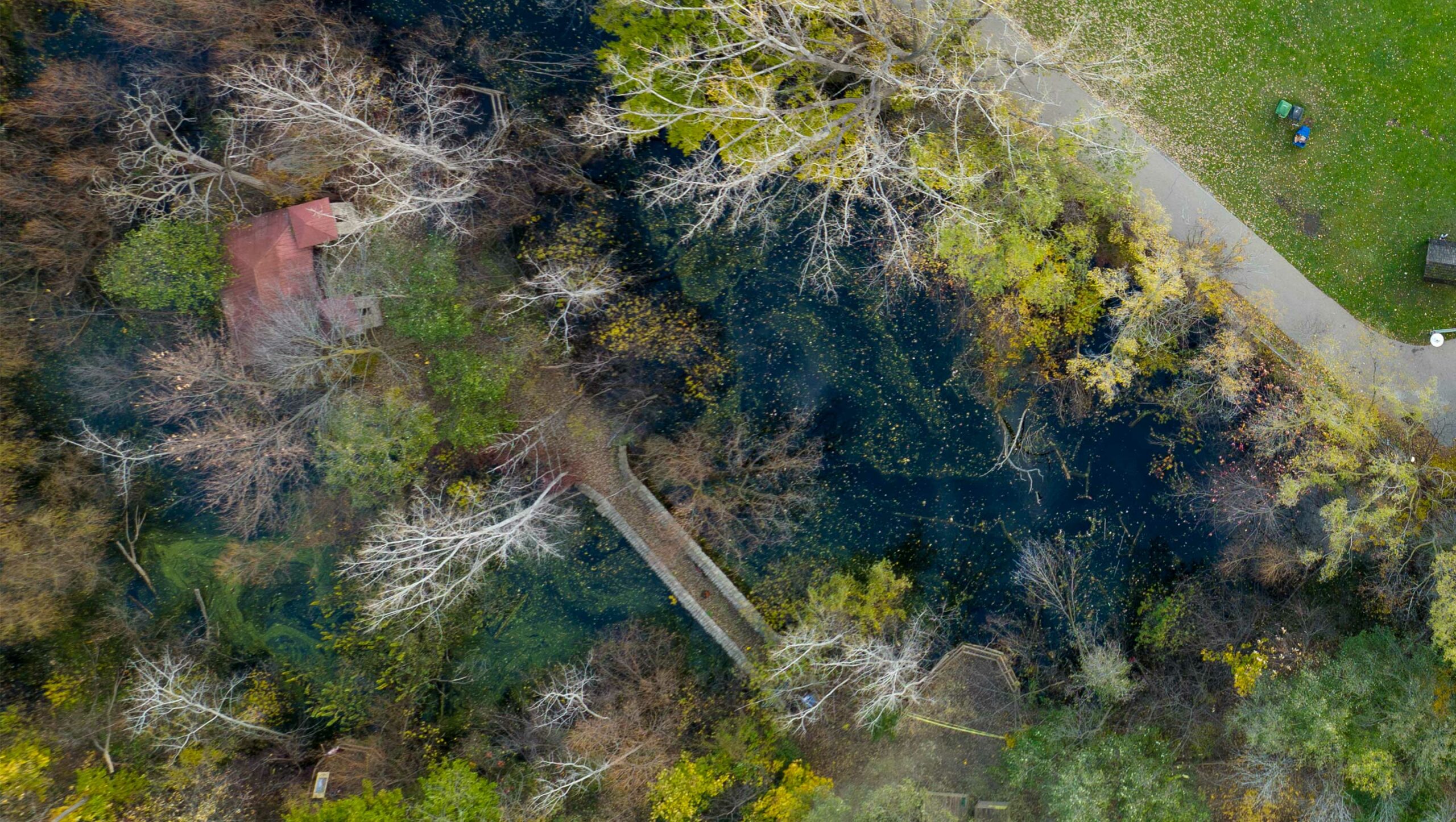 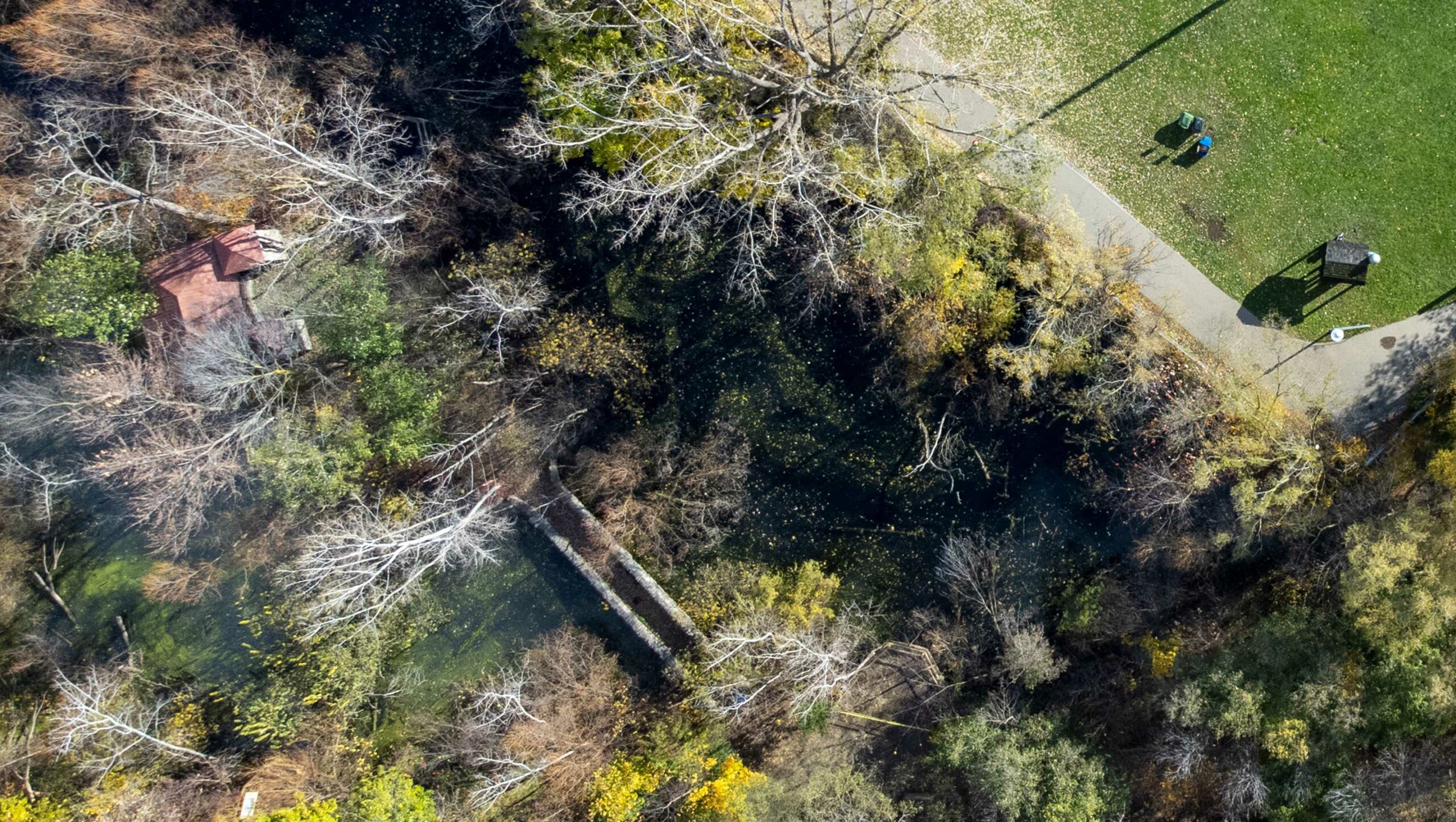 This is the same image as above but cropped in on the bottom left corner to show off the detail loss in the trees. The Mavic 3 holds up quite well. The Mini 2, on the other hand, begins to show off where the smaller sensor falls behind. 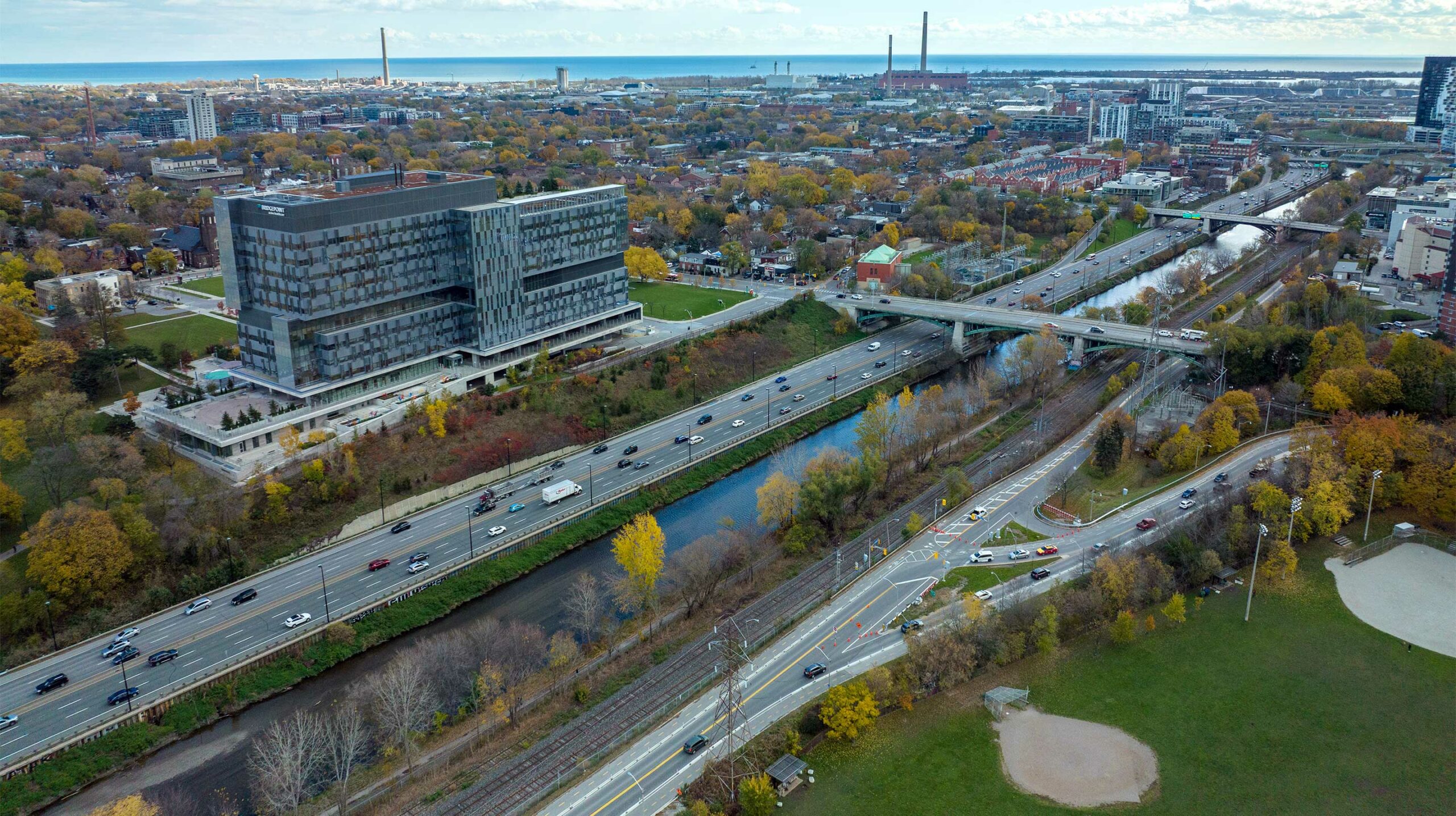 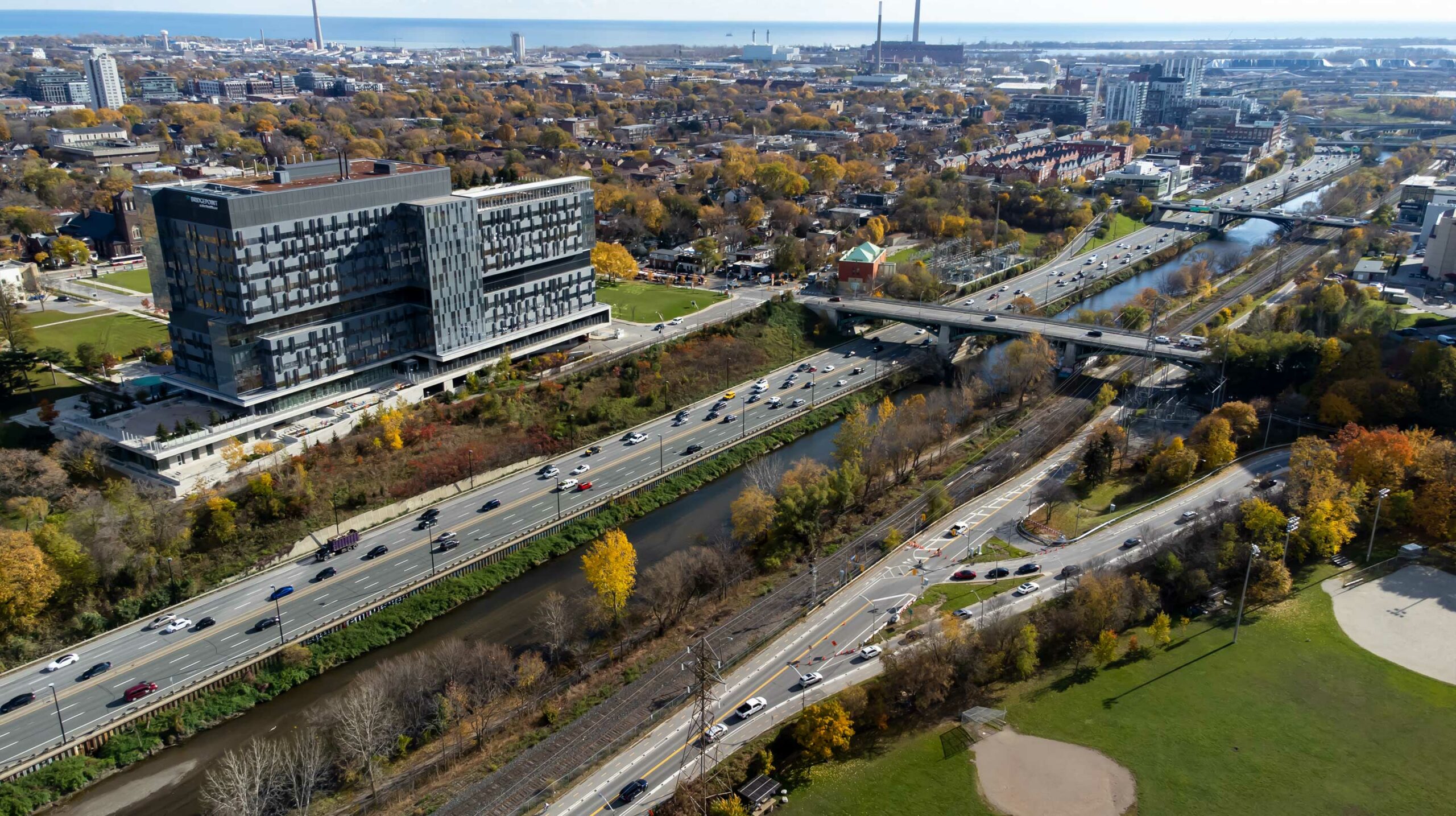 Ok, at this point, if I was buying this drone for landscape photography that’s taken at distances like this, I think it’s safe to say that the Mini 2 holds its own — at least in peak lighting conditions. I really have no complaints with either of these shots, and both are fantastic looking, but as with most of these demos, the brighter lighting and contrast make the Mini 2 shot pop.

The one caveat I will mention is that this image has the sky cropped out of it because the Mini was unable to capture any detail while exposing the ground in the scene. While it’s not perfect on the Mavic 3, the larger sensor on that drone was able to retain much more of the highlights. 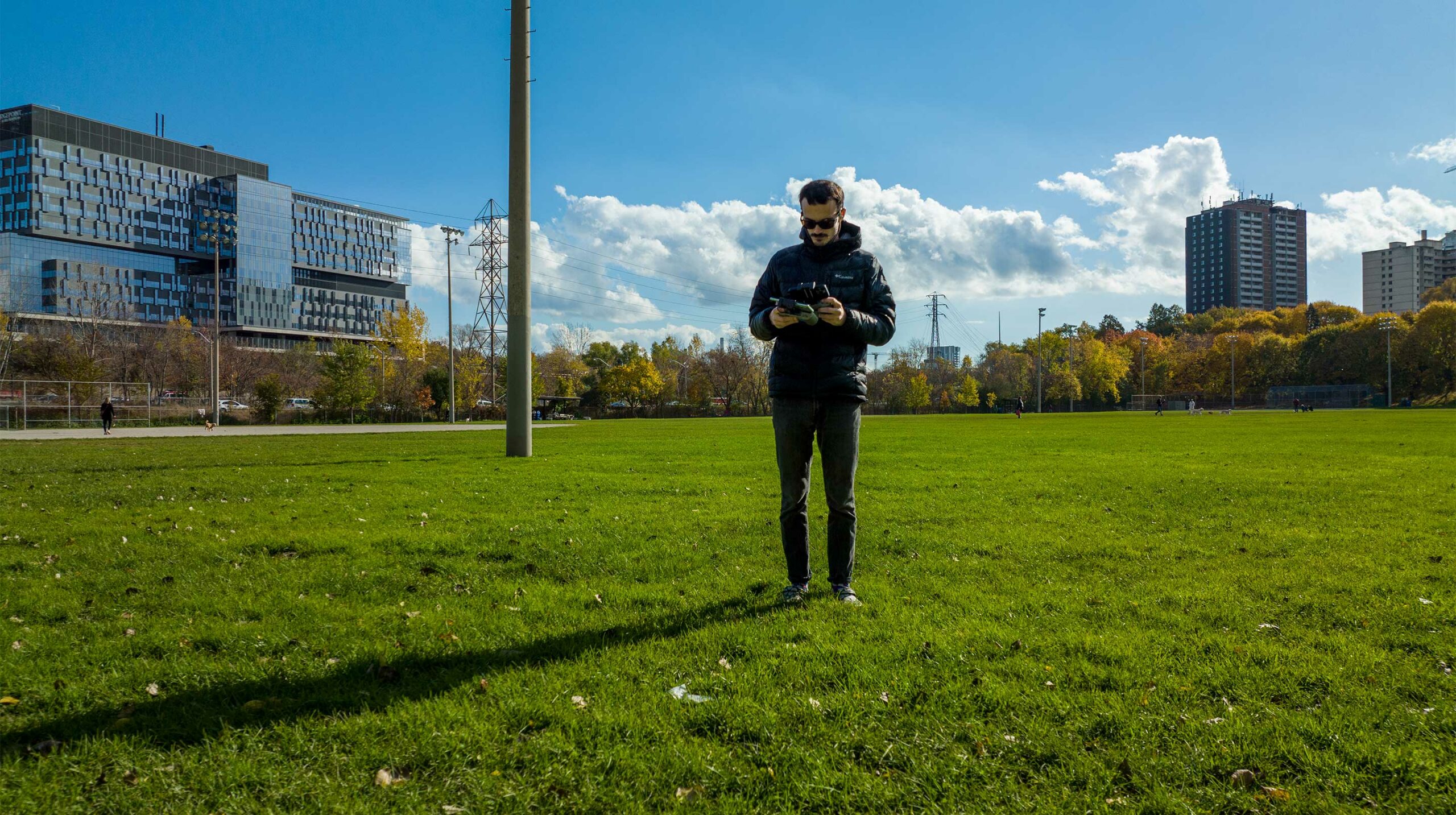 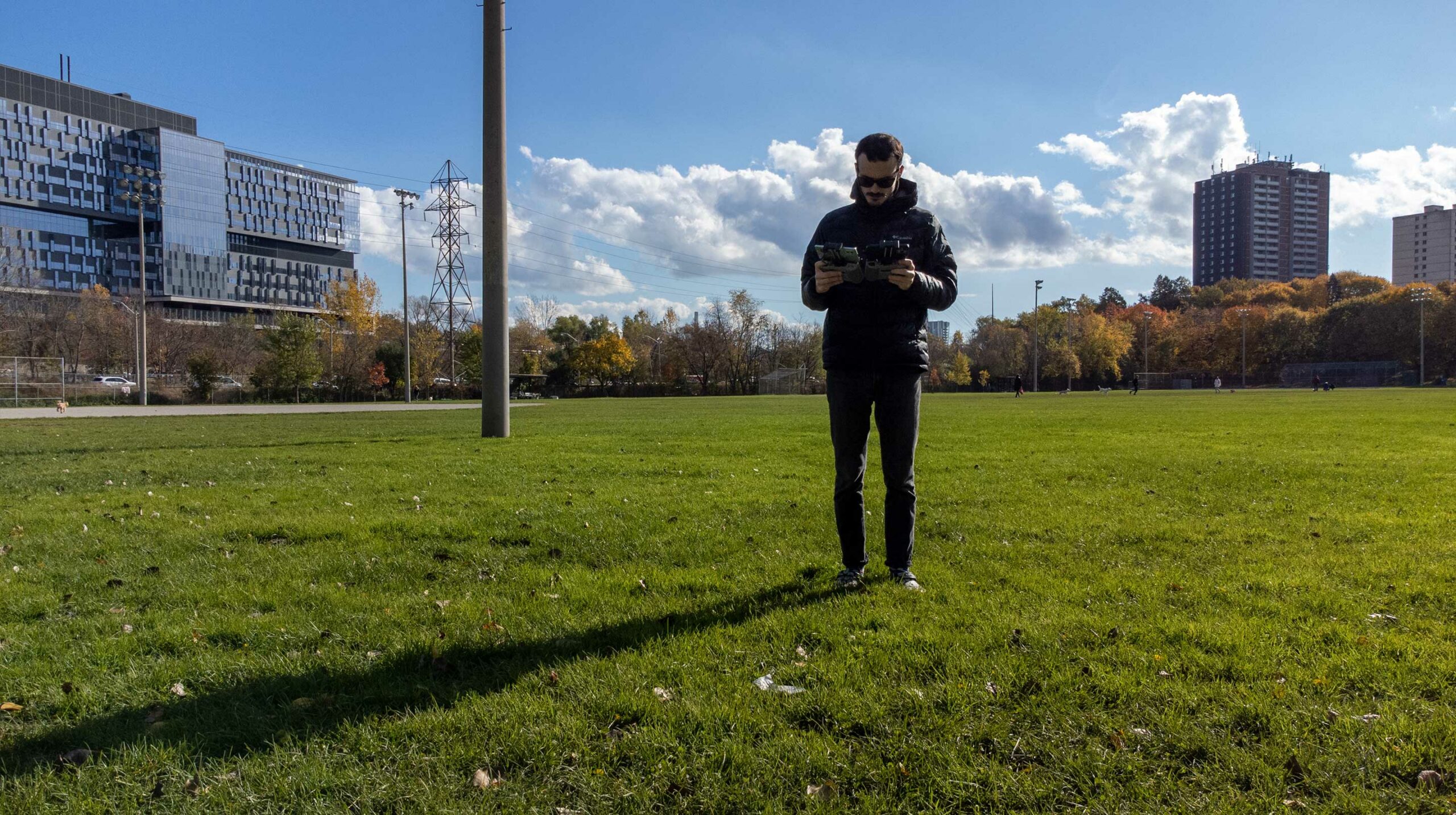 This final test shows off a more definitive comparison of the dynamic range on both cameras. While both made me look like a pretty shapeless black silhouette straight out of the camera, I was able to bring back a pretty remarkable amount of detail in my face and jacket in both images. This is the one image where I think the Mavic 3 looks appreciatively better than the Mini 2.

When it comes to video it’s tricky to show off a direct comparison without flying both drones at exactly the same time.

Due to the harsher lighting and the YouTube compression, I think to most people, the Mini 2 footage is going to look better here. What I will say though, is that there are more controls with the Mavic 3 that would have allowed for more control and exposure. The raw footage before I edited it and uploaded it looked a lot cleaner.

When it comes down to it, the Mavic 3 has a slight edge over the Mini 2. Still, in regards to ariel photography, unless you find yourself wanting to fly after dark or need the maximum dynamic range, I think many people will be pleased with what the Mini 2 can do. Plus, if we’ve learned anything today it’s that both of these cameras can take very comparable images that even a simple shift in lighting can push the Mini’s photos and videos over the top.

The smaller drone has always punched above its weight class, and it appears that it’s not going to stop even as 2022 starts to poke its head around the corner. Also, this is just a theory, but I imagine that the DJI Mini 3 will fix a lot of the pain points that I have with its camera.

When it comes to video, the Mavic 3 stands above the Mini 3 with its sharper image and better slow-motion capabilities. Not to mention the really awesome Hasselblad colour science that’s missing on the smaller drone. That said, unless you feel like you need to get the most out of the more expensive option, you may be able to get away with an Air 2S instead. Or for casual use, the Mini 2 can be surprisingly great.