As expected, it's pricey 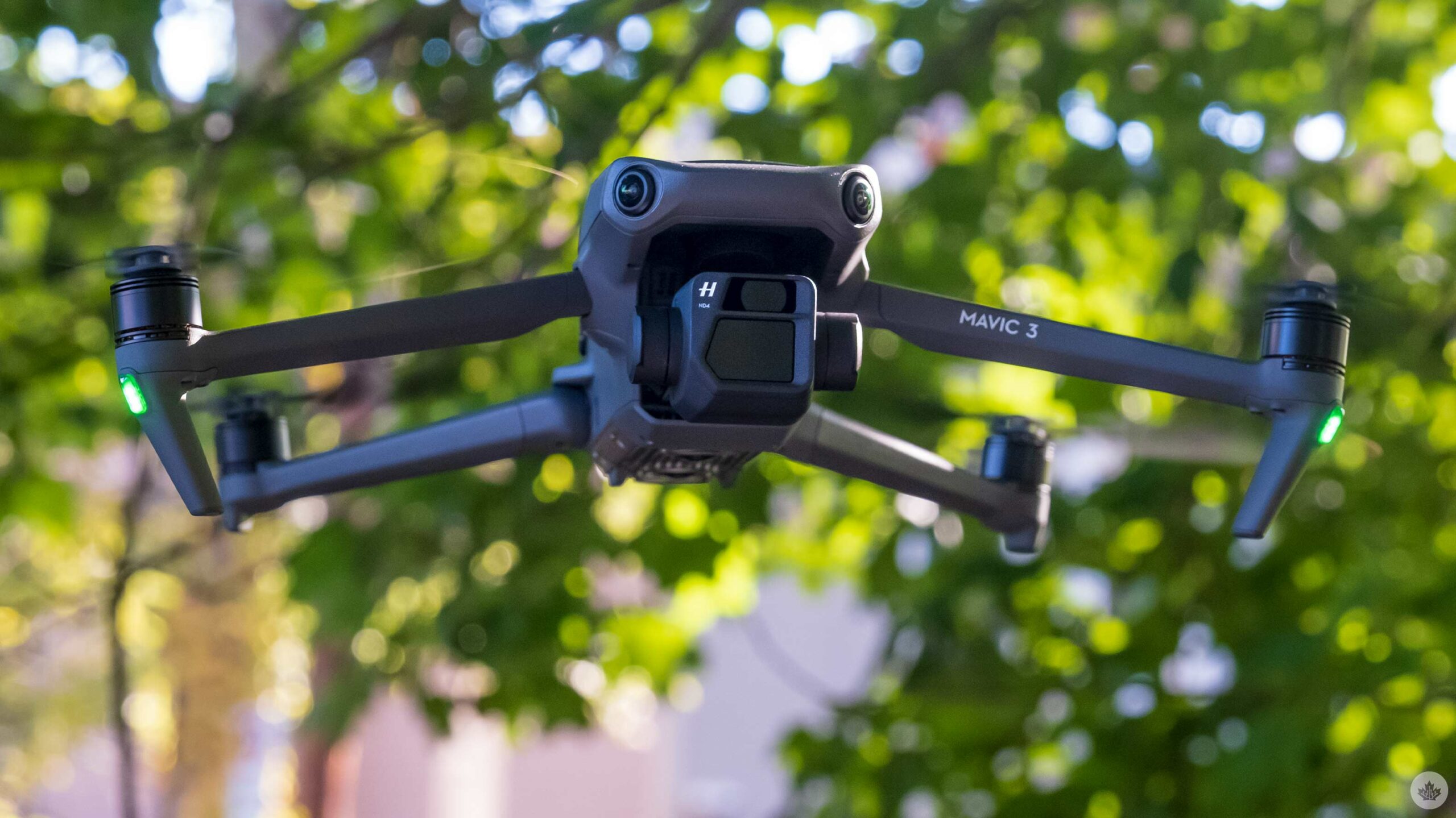 DJI, which just released a new action camera and a 4D cinema camera, is back again with a new flagship Mavic 3 drone that’s just as impressive as the other devices the company launched this year.

While I’ve only taken the Mavic 3 out for a quick flight twice so far, the excellent pictures and videos it’s capable of shooting have me excited. I’ll also mention that the drone is very fast once it’s up in the sky, and of course, you’ll need a basic drone license to fly it legally in Canada.

Before getting too deep into the Mavic 3’s specs, I’ll mention there are two versions of the drone and three buying options. The top of the line Cini version includes a better controller, 15km range, compatibility with Apple’s ProRes 422 HQ codec and features 1TB of internal storage. On the other hand, the regular Mavic 3 offers 8GB of internal storage, a more standard controller, and only shoots D-Log.

I’ve been testing the ‘Fly More’ bundle, which includes the basic Mavic 3 + controller and features a surprisingly custom carrying bag, four ND filters for flying during the day, two extra batteries and a battery charging station. If you plan to fly for more than the 46-minutes, I’d recommend stepping up to this bundle since the extras are pretty useful.

The main draw with the Mavic 3 is its new 4/3 CMOS camera sensor. In my brief tests so far, the drone is capable of capturing very impressive images and video. That said, I’m coming from the Mavic Mini 2, so if you already own a Mavic 2 or an Air 2S, you might not feel the need to upgrade it as much. The main lens is the equivalent to a 24mm full-frame lens on standard DSLR and can shoot in full 12-bit RAW to capture the maximum amount of colours. It can also record in 5.7k at 50fps or 4k at 120fps. That said, all of the test footage (seen above) is shot at regular speed 30fps. 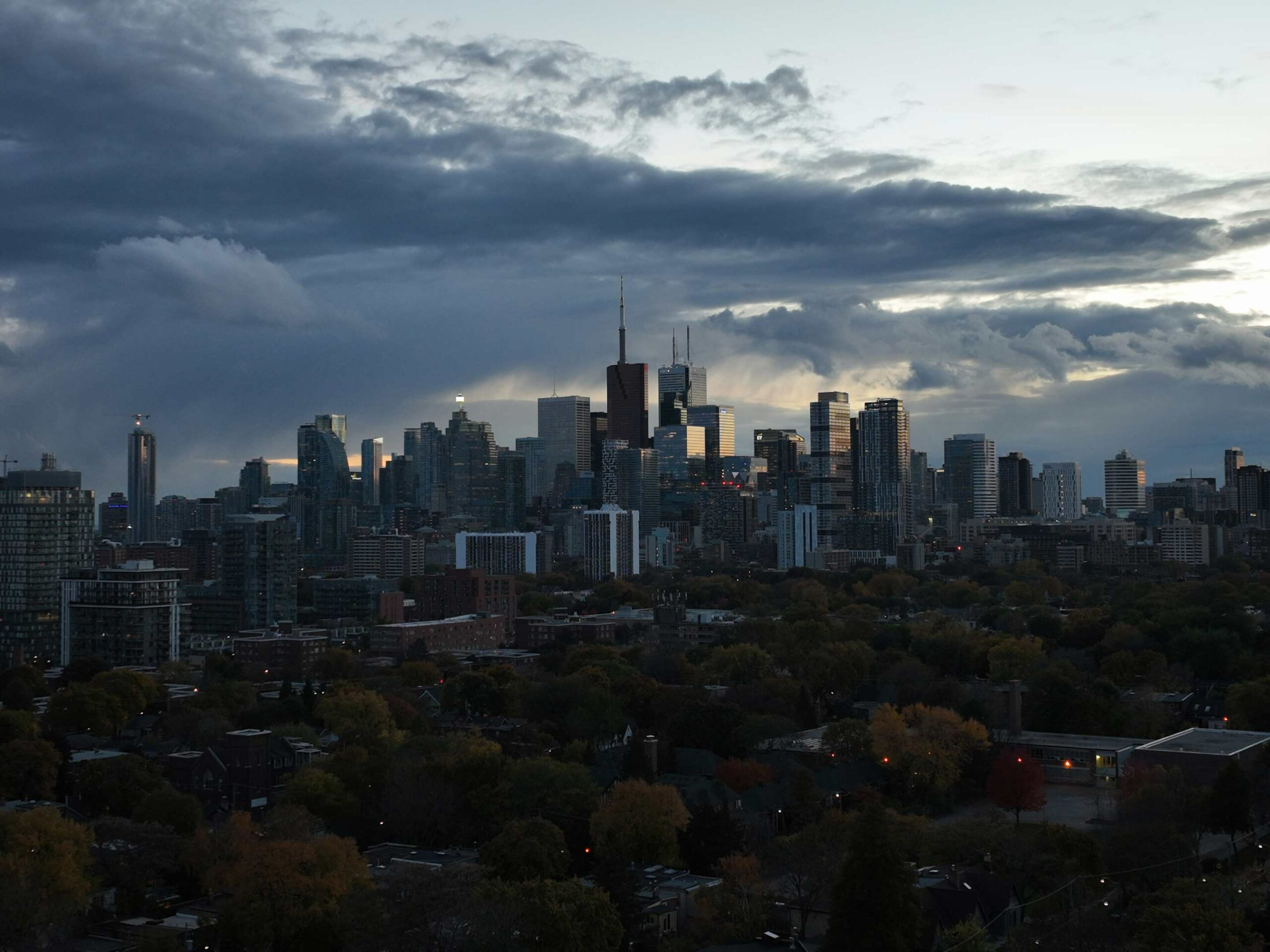 This image has been cropped in 2x.

Like OnePlus, DJI has partnered with Hasselblad to bring the legacy camera maker’s famous colour science to the drone. This means that if you’re shooting with the standard picture profile, the colours will still look punchy and accurate. This is how the demo video above was filmed.

To make the drone easier to fly, DJI has loaded it with sensors that provide better obstacle avoidance and object tracking. However, the tracking feature isn’t available yet and will release in January. This version is able to track the user on more x/y/z planes and can use obstacle avoidance sensors to track the object when it moves out of the main camera’s frame. This could be the real draw of the Mavic 3 given it allows solo filmmakers to shoot video of themselves with ease.

All of the other DJI tricks and modes from previous drones are included in the Mavic 3 as well. The standard bundle costs $2,699 CAD). The Fly More combo is $3,639 CAD and the Cine package rings in at $6,049 CAD.

Update 05/11/2021: updated with Canadian pricing from Best Buy. Thanks, @sachinbahal!