A 2D Metroid title 15 years in the making 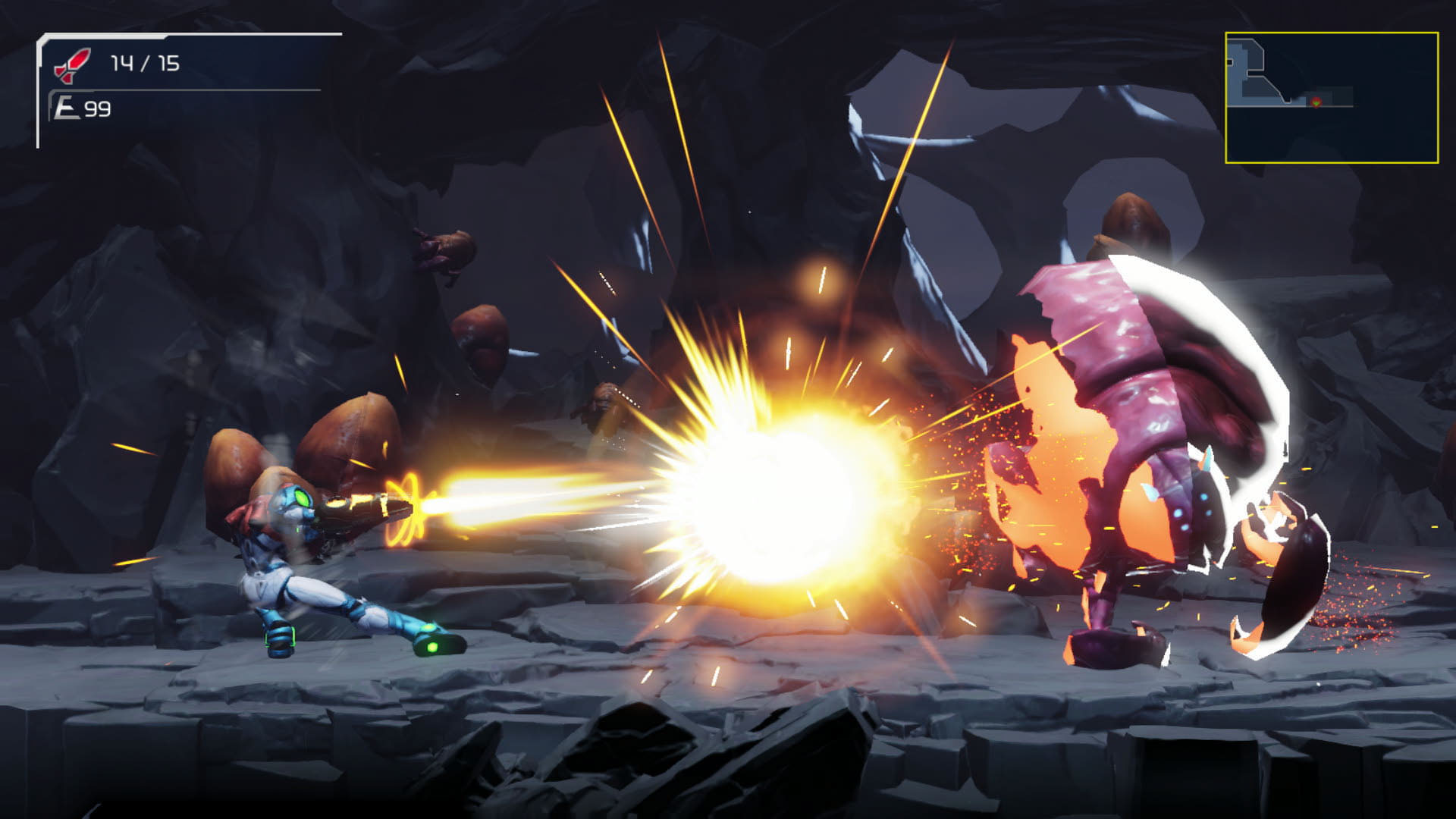 I have an interesting relationship with the Metroid series.

I’ve played Metroid and Metroid II on the Nintendo Entertainment System (NES), but not Super Metroid for the Super Nintendo (SNES), arguably the most critically acclaimed title in the series. I’ve also briefly dabbled in the first-person Metroid Prime titles, with Hunters on the DS being the game I spent the most time with. Oh, and I also spent countless hours playing Metroid Fusion on the Game Boy Advance as a teenager.

So while I have knowledge of the series and the “Metroidvania” genre in general, I’m not exactly a Samus Aran fanatic. This means going into Metroid Dread — a game that’s 15 years in the making and has shifted across several consoles –– I have far less trepidation than someone who perhaps more recently played the much-maligned Metroid: Other M and subsequent return to form, Samus Returns.

For those unaware, the term Metroidvania stems from the exploration-focused gameplay in both the Metroid and Castlevania series. Games in the genre typically involve a lot of backtracking, unlocking abilities and, at times, confusion.

I think this is part of why my initial few hours with Metroid Dread for the Switch were so frustrating.

You often don’t really know what you need to do next in open-ended sidescrollers like Metroid Dread. Similar to past 2D Metroid titles, intrepid bounty hunter Samus arrives on a mysterious alien planet. Without giving too much away, Samus finds herself stranded on planet ZDR. Making matters worse, the ‘E.M.M.I.’ research robots sent to investigate the planet’s surface have gone offline (more on this later).

“Sometimes I just want to explore a specific area and not worry about a crazed robot tracking my every move.”

Samus then gets her ass kicked, loses her powers and has to fight her way out of several underground facilities below the planet’s surface. Similar to most Metroid titles, the game’s straightforward story quickly drifted from my mind. That said, the narrative is typical of the franchise and if you care about the 2D Metroid series’ lore, there’s a lot to unpack in Dread. 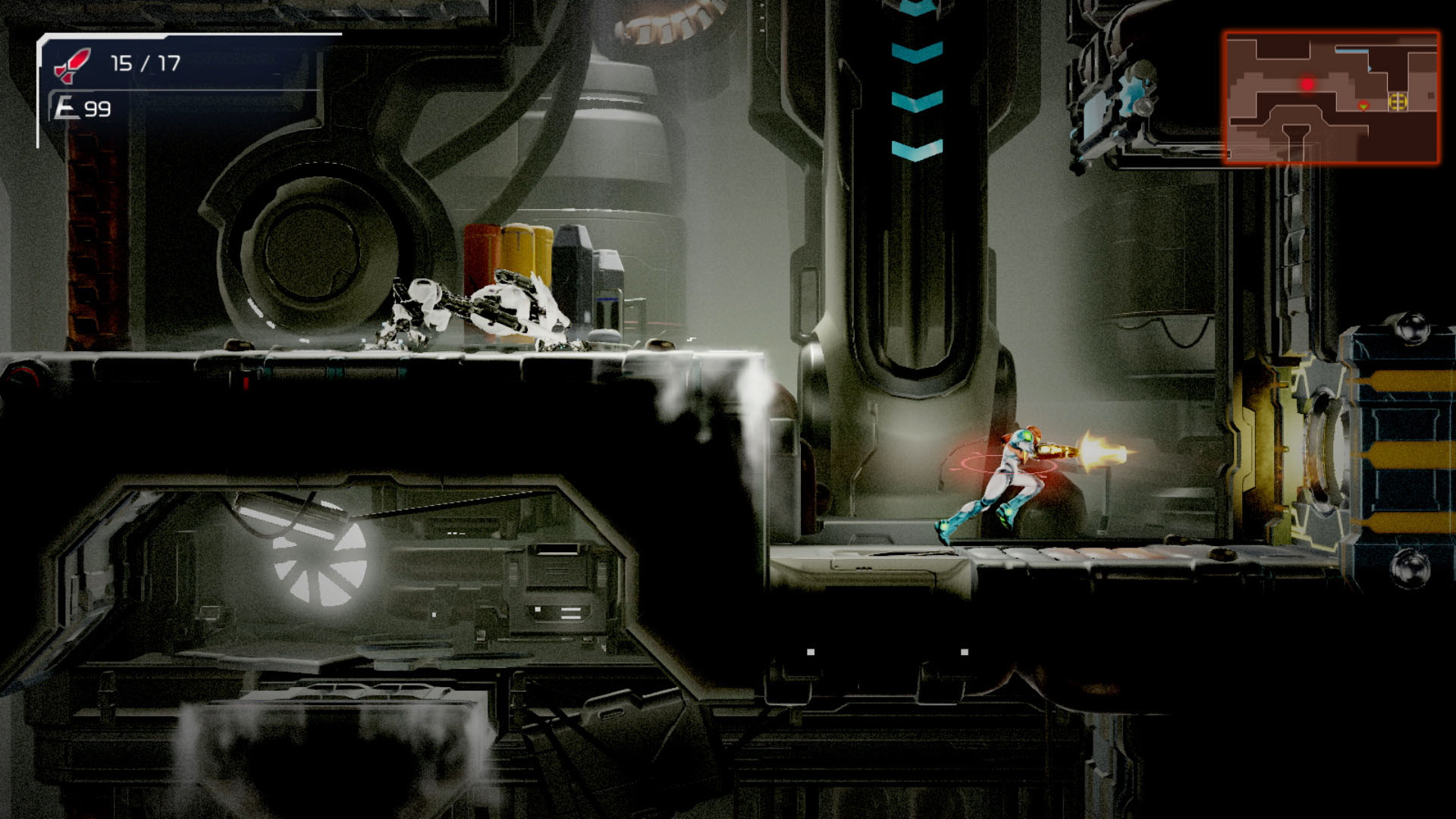 As with all Metroid titles, it’s the gameplay that matters. My first few hours with Metroid Dread were spent in a state of bewilderment. I’m so used to modern games telling me precisely where to go next that backtracking to progress to new areas felt like a completely foreign concept. Once I discovered that Dread‘s very detailed map allows you to mark specific doors and even drop waypoints, the experience started to click.

Still, there were several moments where I just didn’t know where to go next or how to access a particular area of the map, only to discover after an hour of experimentation that I needed to unlock a new ability located in an entirely different region. This is part of the appeal of titles like Metroid, though. Typically, if you spend a bit of time exploring, everything will fall into place, and you’ll figure out where you need to go next. It’s worth noting there were several instances where I picked up the game to play for a half-hour or so and didn’t make any progress, which can be frustrating if, like me, you typically don’t have a ton of time to game. 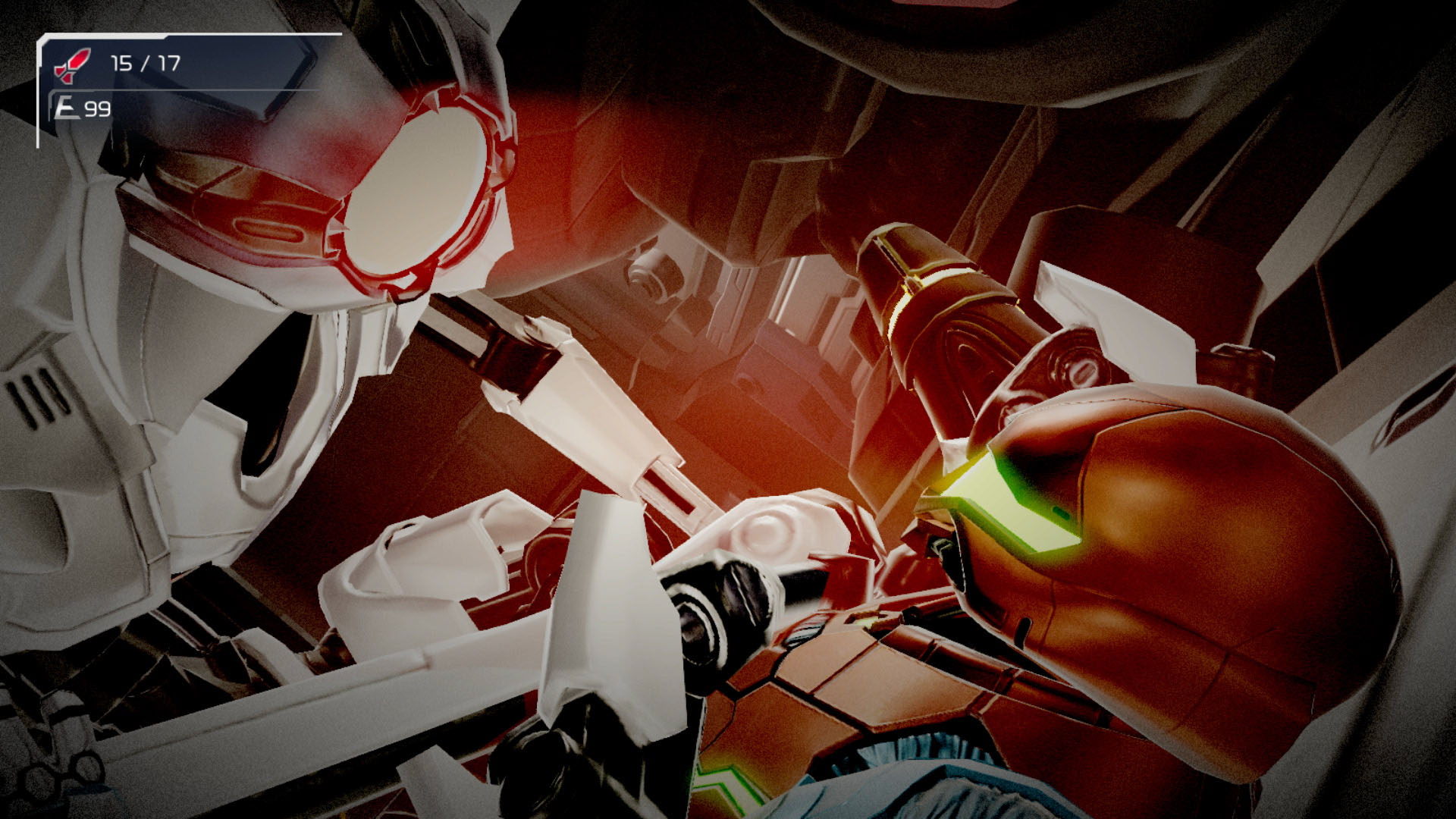 Like most Metroid games, Samus’ abilities are limited when Dread starts. She can only run, jump and shoot — and not much else. New moves are thrown into the mix in Dread, including sliding under narrow spaces and even a melee attack. As you progress through the game, you’ll unlock the classic ‘Morph Ball,’ the ability to turn invisible (‘Phantom Cloak’), climb specific walls (‘Spider Magnet’), and other moves. These abilities give you access to new areas, forcing you to backtrack and re-explore, in true Metroidvania fashion.

There’s a sense of flow to Metroid Dread‘s combat I enjoy, especially during the game’s surprisingly difficult boss battles. Its shooting mechanics feel equally fluid, allowing the player to run-and-gun or stand stationary for more precise shots, all while bounding through the air and dodging enemies. 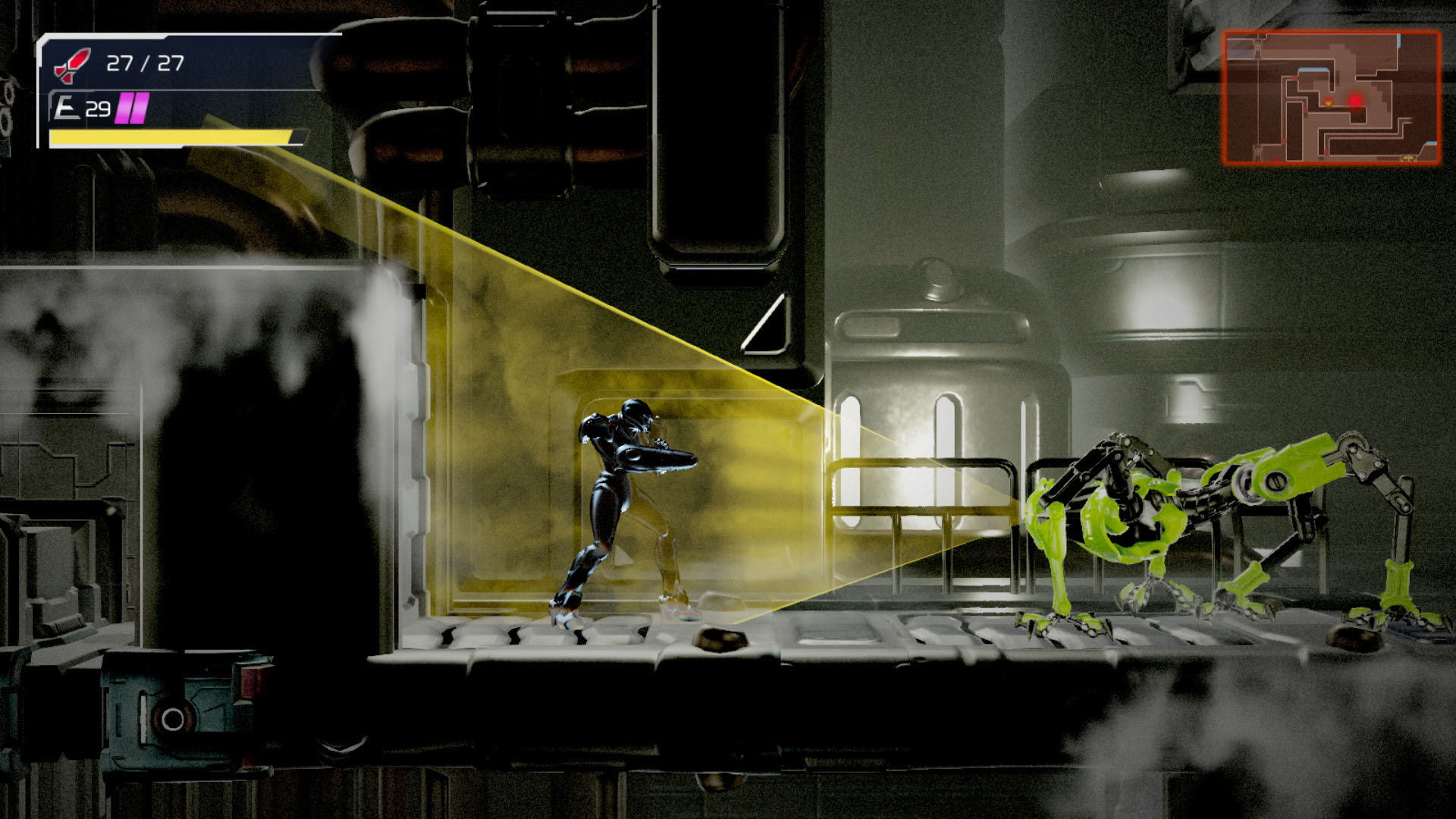 Speaking of bosses, some are exceedingly hard and can, at times, feel downright unfair. Usually, there’s a specific move you need to take advantage of or a health pick-up that needs to be accessed mid-fight, and uncovering this can take several attempts.

In that same vein, I’m not a huge fan of the game’s E.M.M.I. robots. These white Portal-like droids will take you down in one hit, and towards the beginning of Dread, your only option is to run wildly away from them. Eventually, you unlock ways to take them down, however. While these segments of Metroid Dread add much-needed tension to the game’s exploration, they can also be grating. 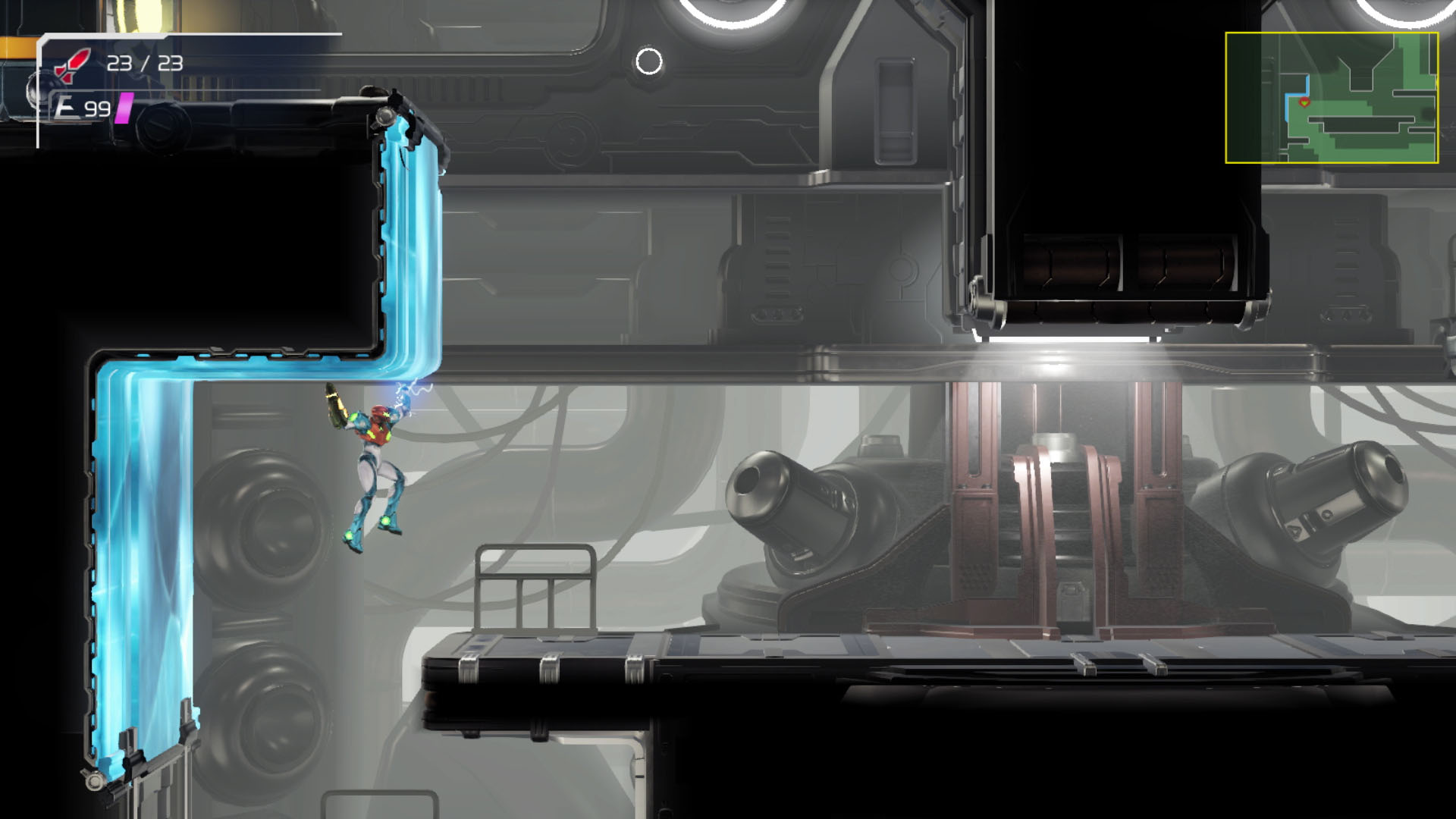 Sometimes I just want to explore a specific area and not worry about a crazed robot tracking my every move. To be fair, once you have ways to take down the E.M.M.I. attackers (I won’t give anything away), they do become far less frustrating.

While I haven’t completed the game yet, I’ve enjoyed playing Metroid Dread so far. It’s a clear throwback to the type of exploration and back-tracking-focused video game that recently experienced a resurgence thanks to the likes of Axiom Verge, Guacamelee and the Ori series, to name a few examples. 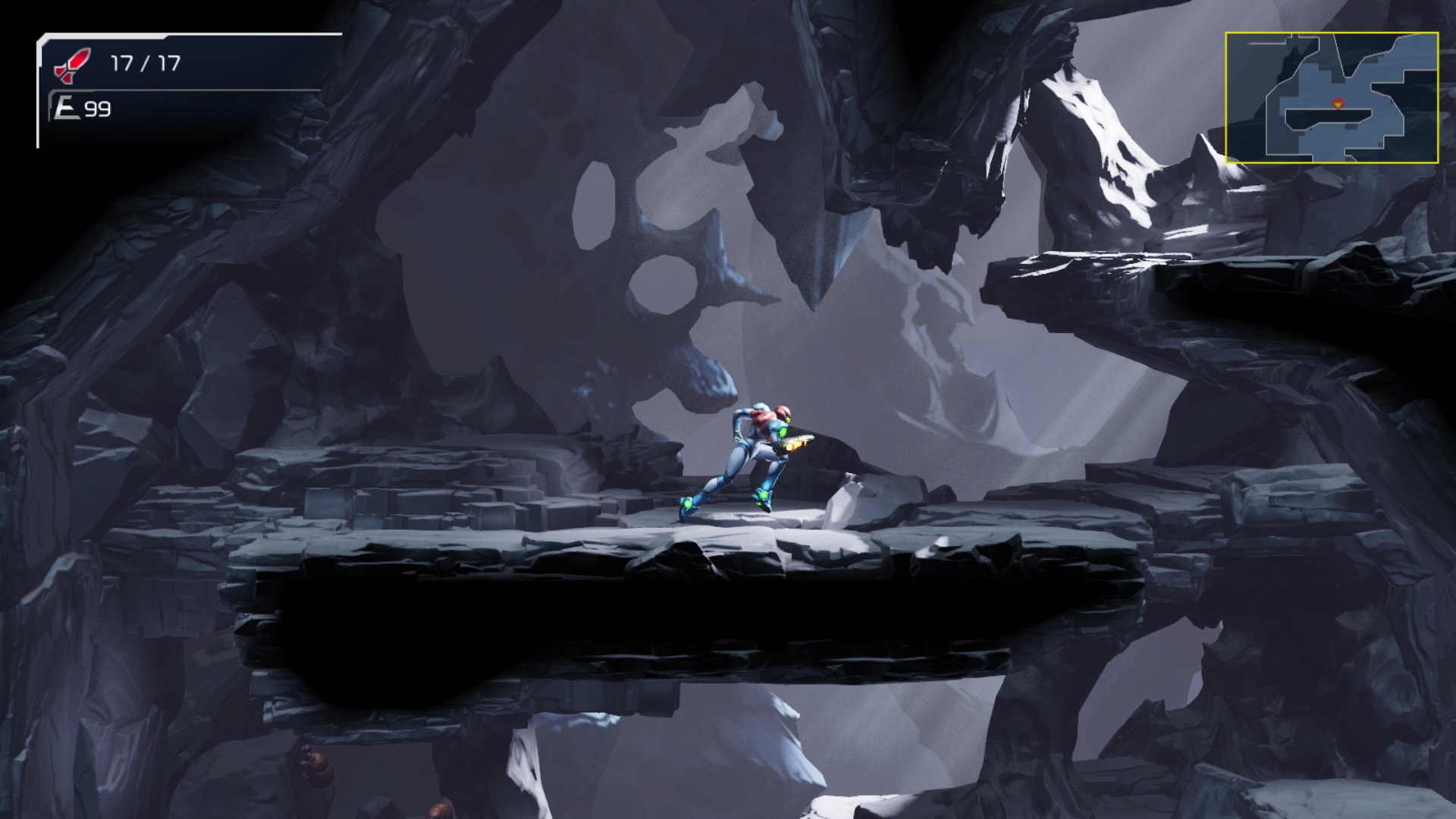 It’s also worth noting Metroid Dread looks stunning on the OLED Switch. For more on Nintendo’s very incremental update to the Switch, check out my review of the handheld.

Metroid Dread releases on October 8th for the Nintendo Switch.