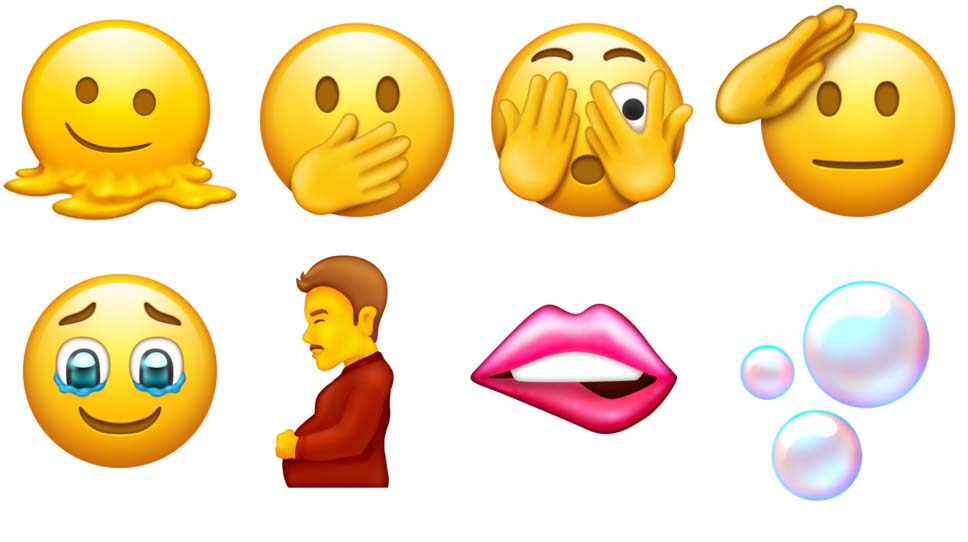 The Unicode Consortium has released a new list of emojis available with the upcoming Emoji 14 update, including the melting emoji, biting lip, heart hands, salute and many more.

According to Emojipedia, a total of 37 emojis will make their way with the update. Companies would use it to create their own unique versions, scheduled to be available on smartphones next year.

Among the 838 new characters in #Unicode14 are 37 new #emoji, along with new emoji sequences, that are expected to show up on 📱s, 💻s, and other platforms sometime next year → https://t.co/deSr1g6m8k #絵文字 pic.twitter.com/xuTf8Os02K

Additionally, the update will also bring 75 skin tone variations to the new emojis, so technically, we will get 112 new emojis to play around with.

There are a bunch of hand emojis, too, including a hand with the index finger and thumb crossed to look like a mini heart, a two-hand heart symbol, left side hand signal, right side hand signal, downward and upward facing palms and more.

Other new emojis include an X-Ray, beans, crutches, bubbles, a battery, a photo ID, an empty bird’s nest, a bird’s nest with eggs and many more.

Now that the list of emojis has been finalized, companies like Google and Apple can take the basic framework and build upon it to release their unique versions of the same emojis. We can expect the new emojis to be available sometime early next year or possibly alongside the release of iOS 15 on September 20th.