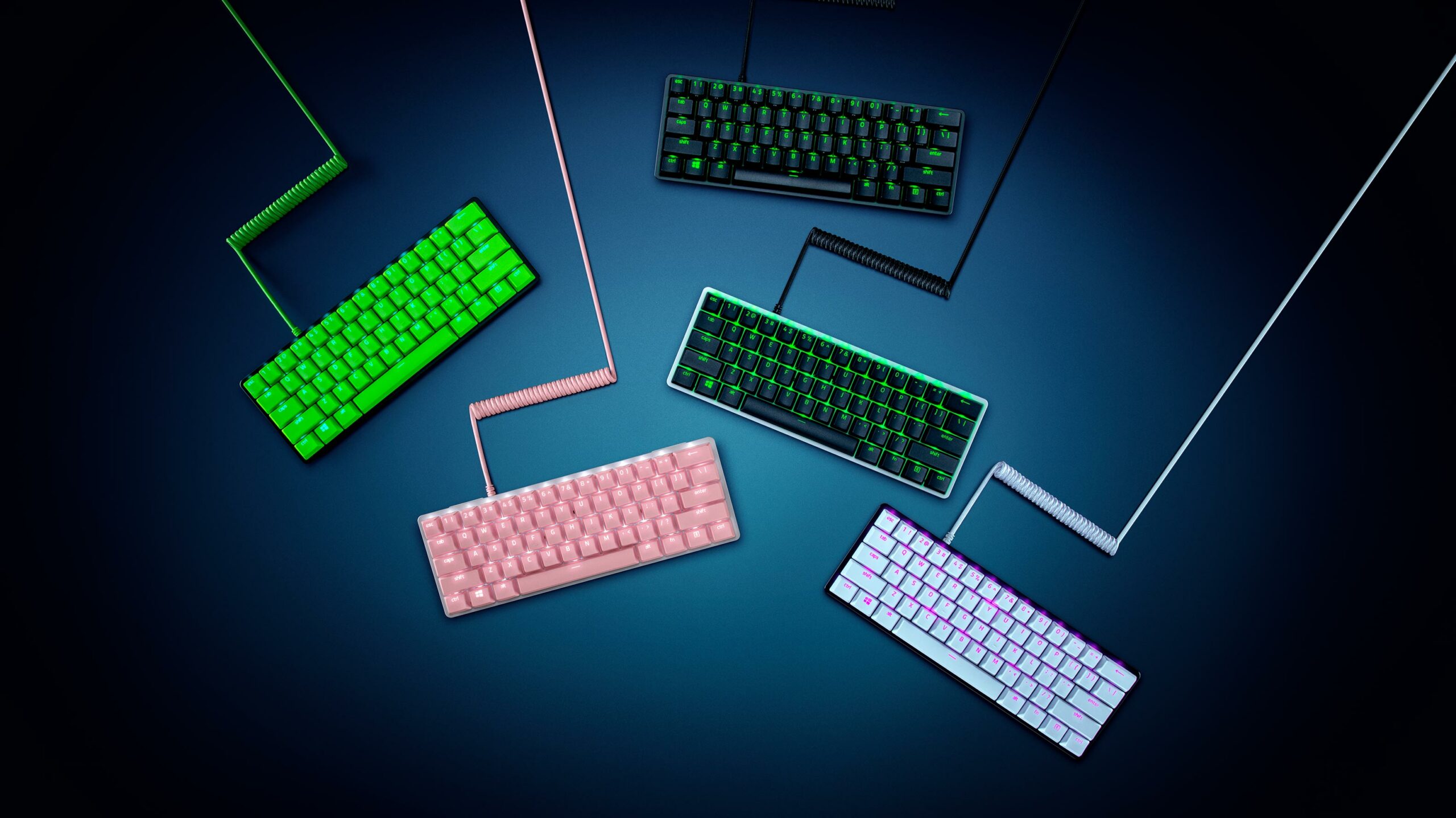 Back in July, I wrote about Razer’s new BlackWidow V3 Mini Hyperspeed, a lovely little 65 percent mechanical keyboard I described as a good option for someone interested in breaking into the mechanical keyboard world but not quite ready to drop hundreds to custom-built board. I spent some time talking about a subreddit called ‘r/MechanicalKeyboards,’ which is teeming with enthusiasts who like to build their own keyboards. Razer’s new accessories attempt to make some items popular in enthusiast communities like r/MechanicalKeyboards more accessible to the average typist.

Keycaps are the little plastic pieces that form the top of the keys on your keyboard, and PBT is one of the two popular plastics used to make keycaps. Most keyboards use ABS, which isn’t quite as durable as PBT, leading to more wear over time. ABS generally has a more glossy, smooth feel. Although PBT keycaps are better, they also cost more. (And as a little aside, if you see the term ‘doubleshot’ when reading about keycaps, it refers to a molding process that makes the keycap labels last longer since they’re part of the key, rather than a printed-on label). 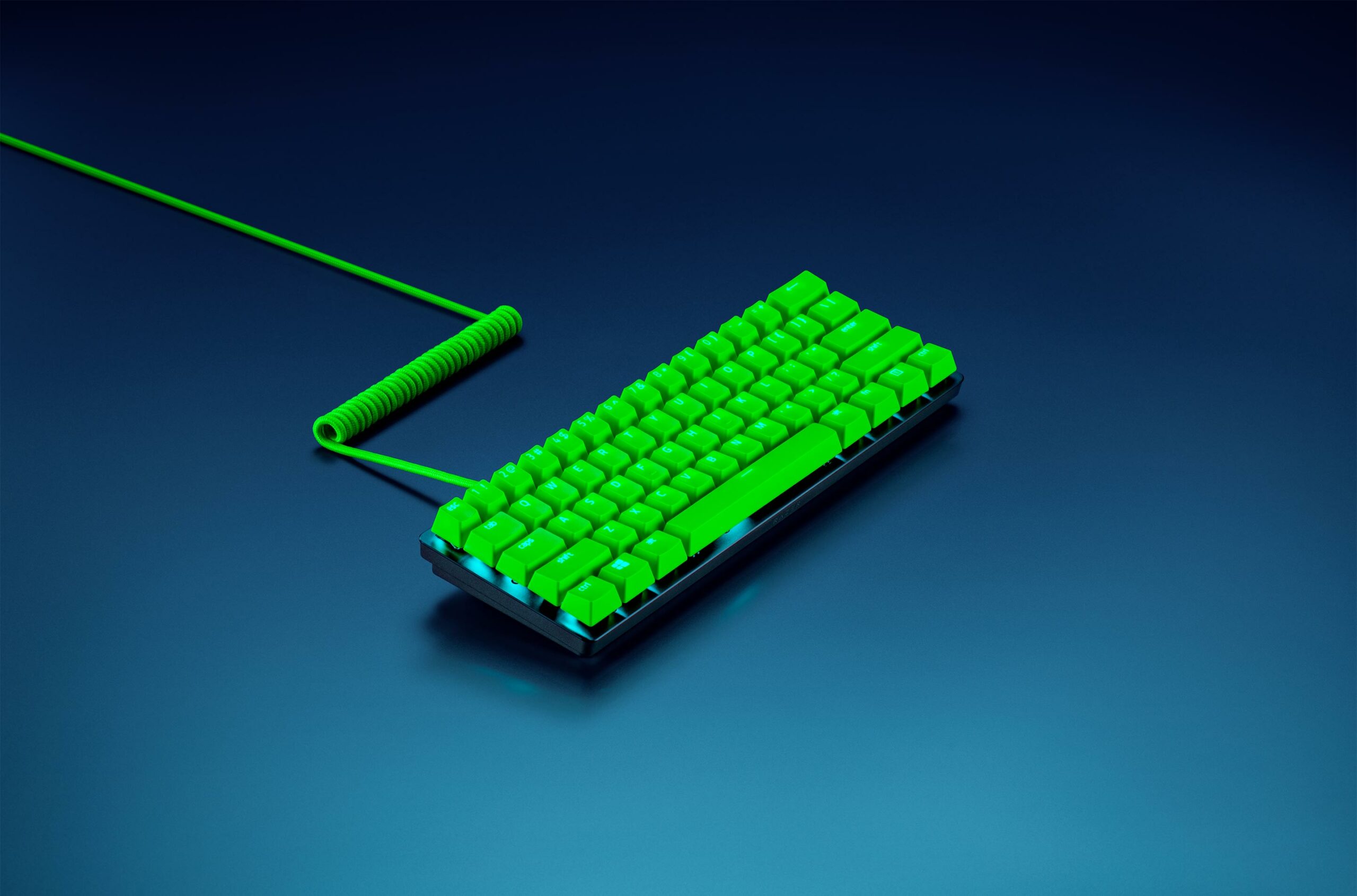 Really, ABS versus PBT comes down to personal preference and, having used both, I really don’t like how ABS feels compared to PBT. Not everyone will notice a difference. But for those who do, Razer’s V3 Mini comes with ABS doubleshot keycaps out of the box — the new PBT keycaps will be available on Razer’s website starting August 11th for $39.99.

The coiled cable is another common item on r/MechanicalKeyboards. It’s effectively just the cable that connects the keyboard to your PC, but it’s coiled into a spring-like tube. Typically, there’s no added functionality, it just looks cool (although I’ve seen a number of coiled cables with added connectors so users can easily disconnect their keyboard from the coil rather than unplugging it directly from their PC). These will also be available on Razer’s website starting August 11th. 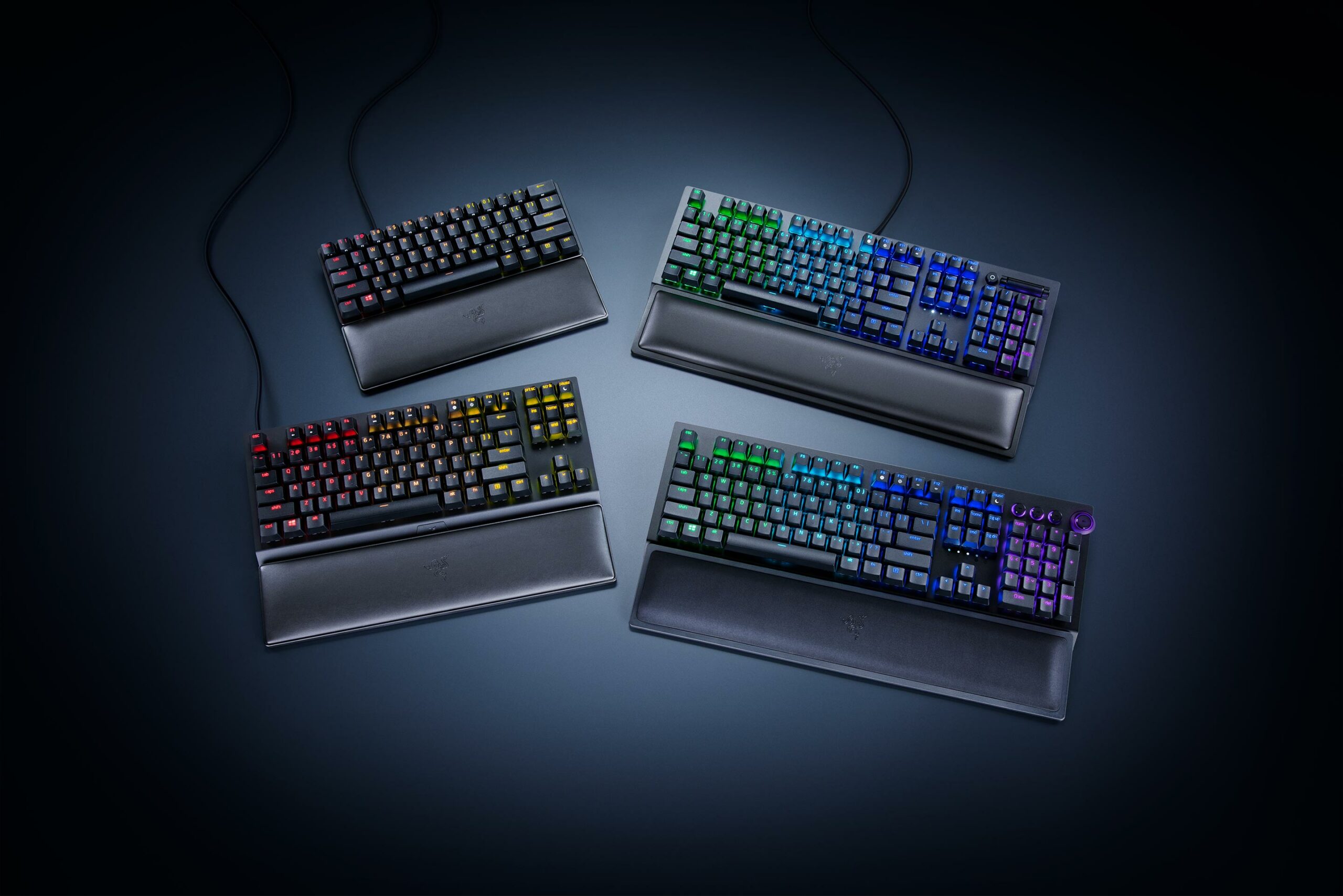 Both the PBT keycaps and coiled cable will be available in ‘Quartz Pink,’ ‘Mercury White,’ ‘Razer Green’ and ‘Classic Black.’ Plus, the company will offer a bundle with the coiled cable and keycaps. 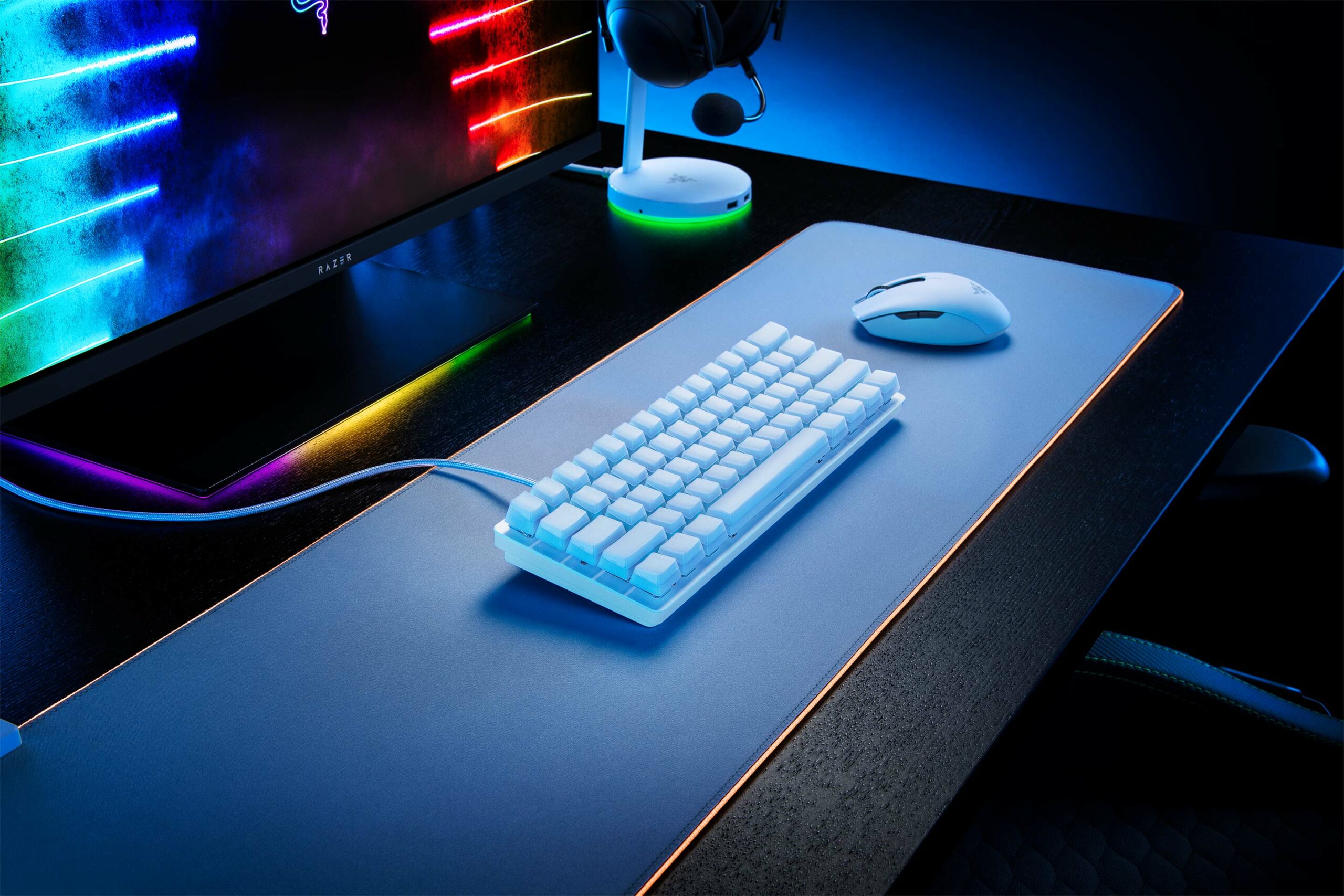 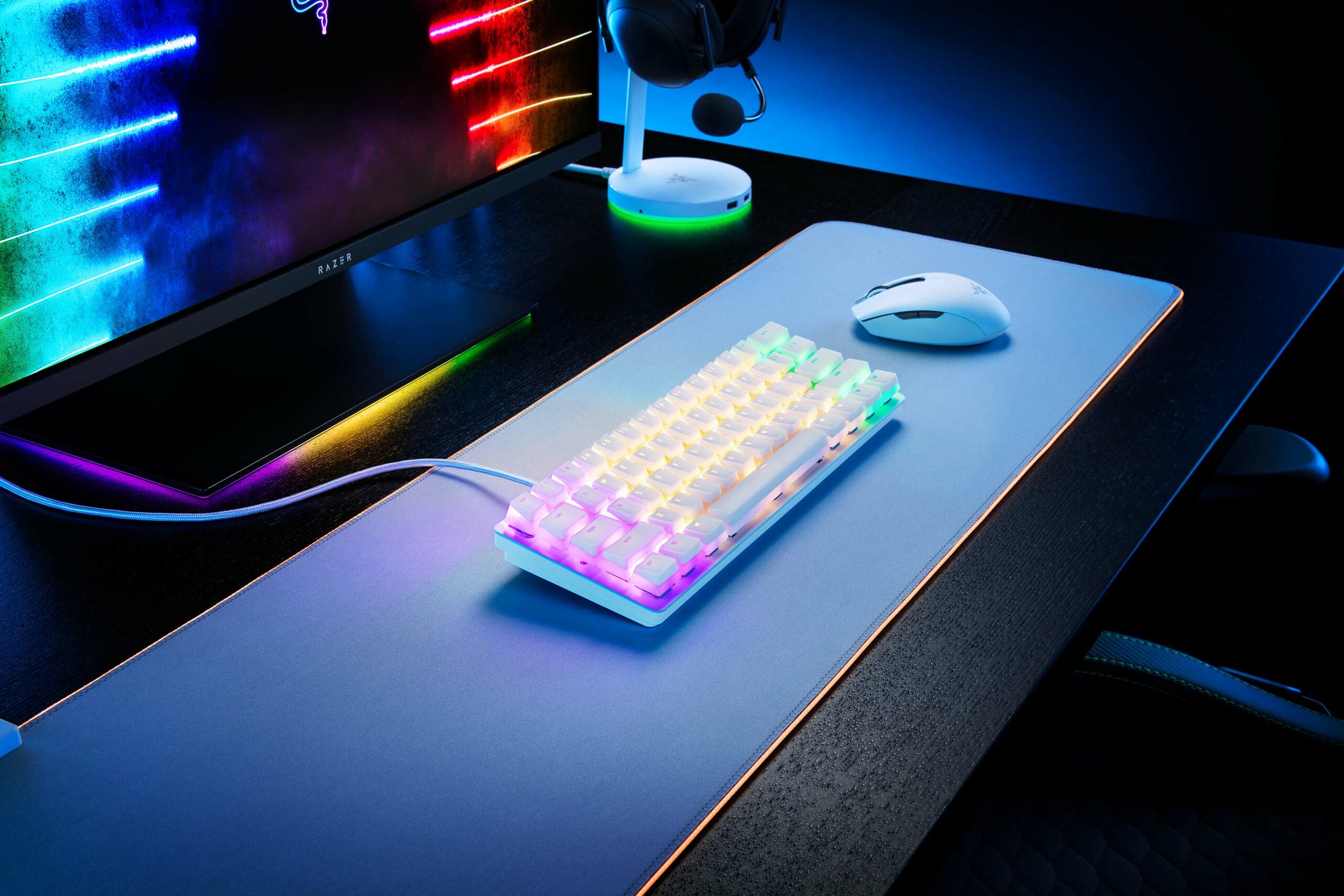 Finally, Razer announced a new ‘Phantom’ keycap upgrade set. These keycaps are (sadly) still doubleshot ABS, but offer a more stealthy aesthetic by effectively turning the legend, or keycap labels, invisible when the RGB backlighting is turned off. The Phantom keycap upgrade set will be available exclusively from Razer from August 11th to September 11th. Additionally, the company will sell a ‘Phantom’ edition of the new BlackWidow V3 Mini exclusively on its website for the same timeframe.

All in all, these look like great accessories for Razer keyboards. They also make some aspects of keyboard customization more accessible for people who may not want to do a complete custom keyboard build. You can learn more about the new accessories on Razer’s website.