AirPods Pro can improve how you hear conversations and more 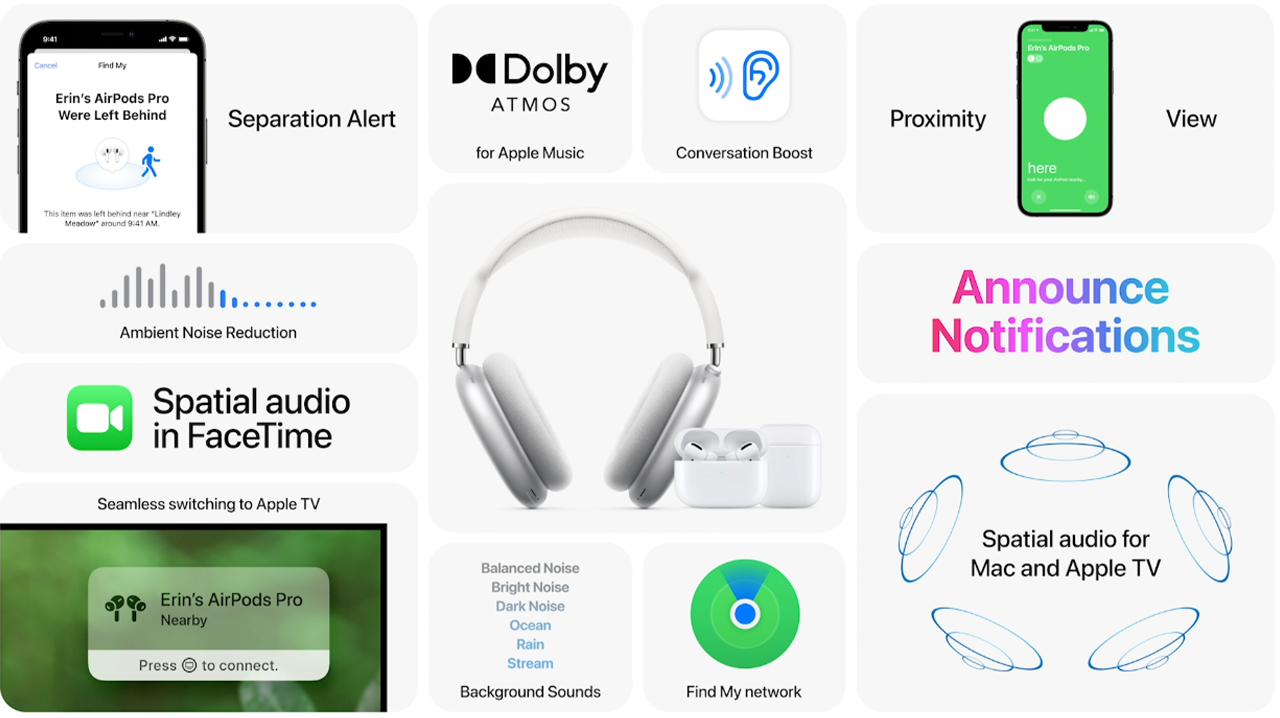 At WWDC 2021, Apple revealed plans to make its AirPods Pro even better by allowing them to function like hearing aids through a new feature called ‘Conversation Boost.’

While not medically considered hearing aids, the AirPods Pro will help boost people’s speech levels so that you can hear them better. You can also filter out background noise with the AirPods’ ‘Ambient Noise Reduction.’

Spatial Audio with dynamic head tracking is also coming to Apple TV and M1 Macs, which allow you to wear AirPods and feel like you’re sitting in a room with surround sound. Additionally, Spatial Audio is coming to FaceTime.

AirPods Spatial Audio with Dolby Atmos for Apple Music is also rolling out today with support for songs from artists like Canada’s The Weeknd and Ariana Grande. Apple says thousands of songs will be available at launch, but a specific number hasn’t been announced.

Meanwhile, there’s now a ‘Separation Alert,’ which will notify the user when they’ve left their AirPods behind. Apple has also updated ‘Find My’ with improved functionality for the AirPods Pro and Max.

Finally, ‘Announce Notifications’ will let Siri use your AirPods to read you things like a shopping list when you’re at the grocery store.