Taking notes on iPad is about to get really simple 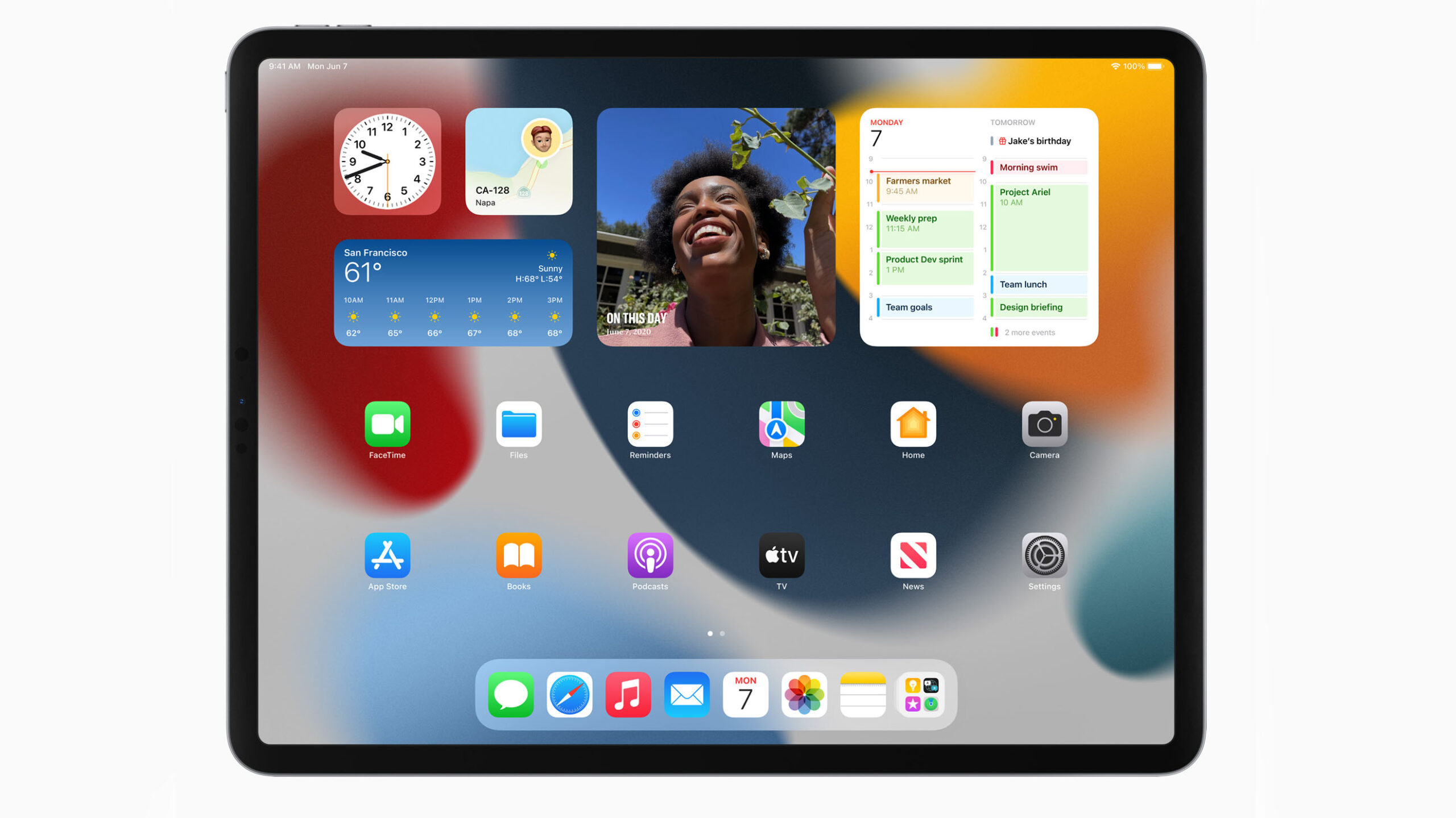 At WWDC 2021, Apple only had a few big announcements regarding iPadOS 15 that aim to make its tablets a lot more useful in subtle ways.

It’s worth noting that several of the features Apple announced for iOS are also coming to iPad this fall when the new operating systems release to the public.

To start off, Apple is finally allowing iPad users to move widgets around anywhere just as they can with iOS. This welcome change makes it easier to customize your iPad Home Screen to suit better how you use the tablet. On top of allowing users to place widgets anywhere, a new larger-form widget is nearly double the size of the biggest option on iOS.

Another feature that’s made its way from iOS to iPadOS is App Library, which lets you see all of your apps in a drawer so you don’t need to have them all on your Home Screen. To make this a little different, you can now rearrange and delete home screen pages.

A welcome update for people who use their iPad for work is all of the new multitasking features. You can now open parts of apps in the middle of the screen, and you see what app pages you have open on the iPad Shelf.

To open an app item as a middle screen, you need to tap and hold on it to bring up several options. In the keynote, Apple did this in the iPad’s Mail app by tapping and holding on an unread email.

To also make multitasking easier, Apple added a three-dot menu to the top of the screen for each app to drop apps into ‘Split View’ or ‘Slide Over’ window views.  You can also drag two apps together from the multitasking menu to make it a little more seamless to open up two apps at once side-by-side. The Slide Over option is not more apparent when it’s in use, with the app peaking out ever so slightly from the side of the screen so you remember it’s there.

The Shelf is a new bar that sits above the apps along the bottom of the screen to make it easy to jump between projects. Think of it kind of like an iPad-centric implementation of hitting alt-tab on a computer to changes windows. This also makes it easier to keep track of when you have more than one version of the same app open. 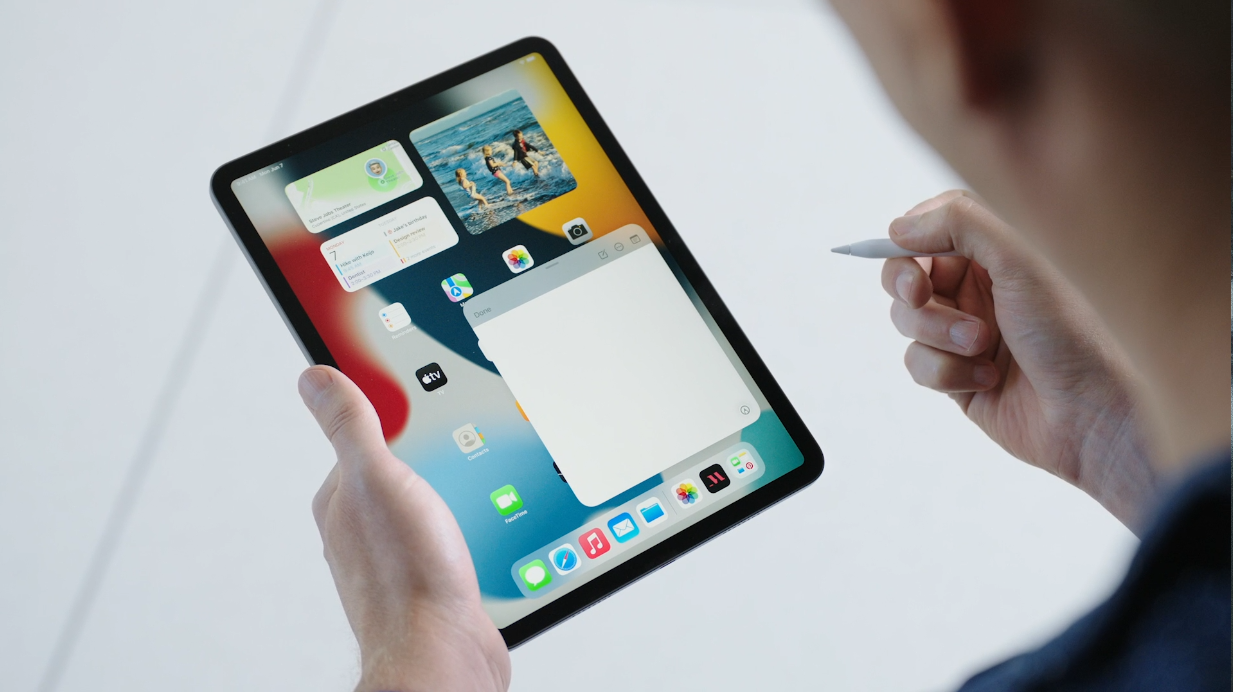 A new feature called Quick Notes allows users to swipe up from the bottom corner of the iPad screen to open up a small notepad. This makes it easier to jot things down without having to multitask out of an app. You can also use this feature on macOS.

Further, Apple added tags to Notes to make it easier to sort and categorize things in the app. The app is even smart enough to group notes with the same tags together into smart folders. Beyond tagging, you can also tag people if you’re collaborating on a note to better sort content.

Apple’s Translate app is coming to iPad. To mark the occasion, the company has added several new features like ‘Speak to Translate,’ and system-wide translation that allows users to highlight text and translate it easily.

Since the app is on iPad and supports Apple Pencil, users can also practise writing in a foreign language.

Just like on iOS 15, Apple is enhancing FaceTime with several new features, including Spatial Audio, a new layout, the ability to watch videos and listen to music together and more.

You can learn more about all the new FaceTime features here. 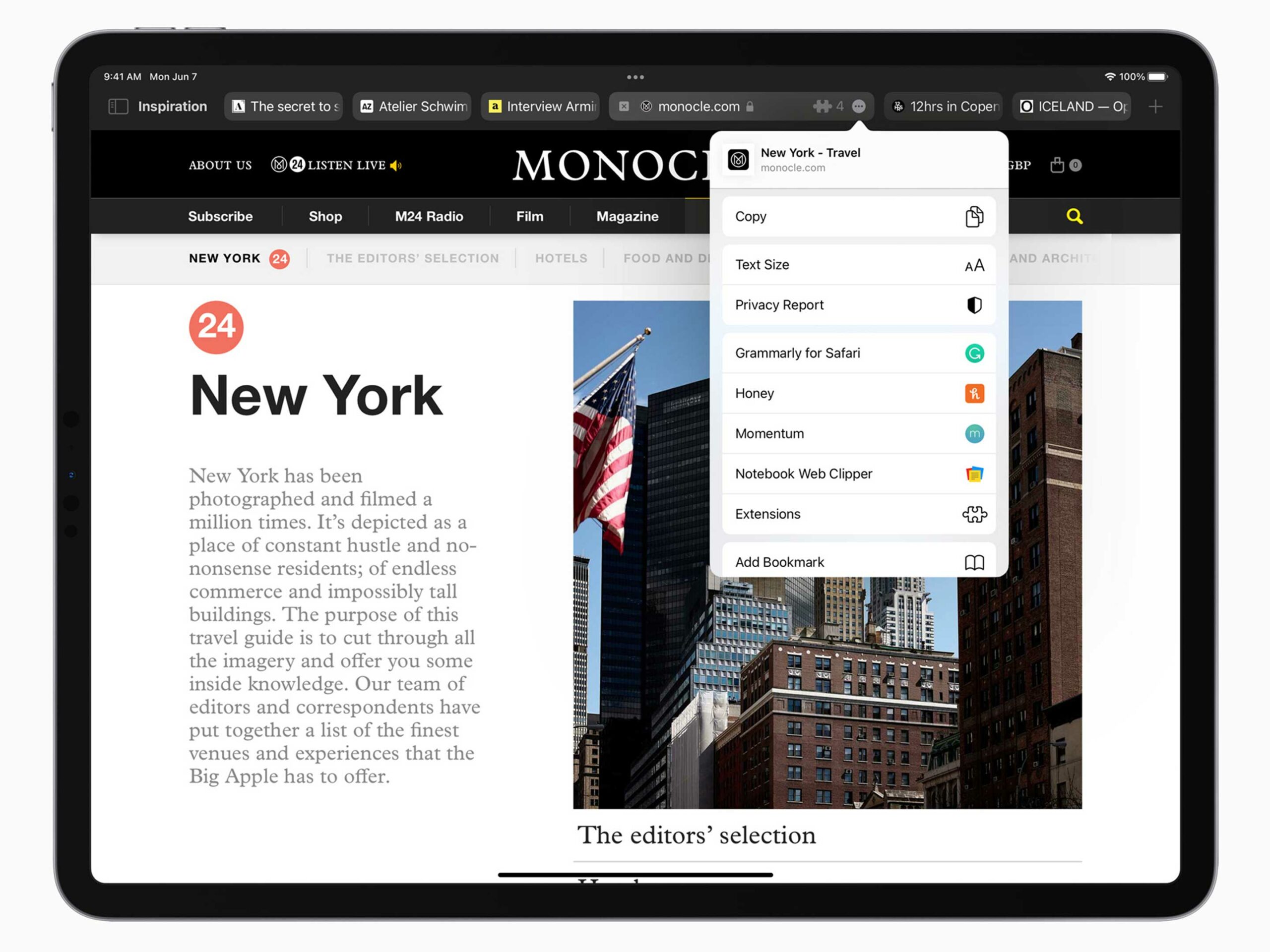 Safari is getting a new look on all of Apple’s devices, but the crux of the update revolves around a more condensed search bar/tab design.

The company has hidden most of the features to sit in the browser’s top bar under a three-dot menu and moved up the tabs. The coolest part about this is that the browser now changes colour to match the webpage you’re on, much like the build of iTunes from back in 2012.

You can also now organize your tabs into tab groups that sync to the cloud so you can open them on all Apple devices that support Safari.

Apple only briefly talked about this announcement, but the iPad version of Safari now supports extensions just like the macOS version. 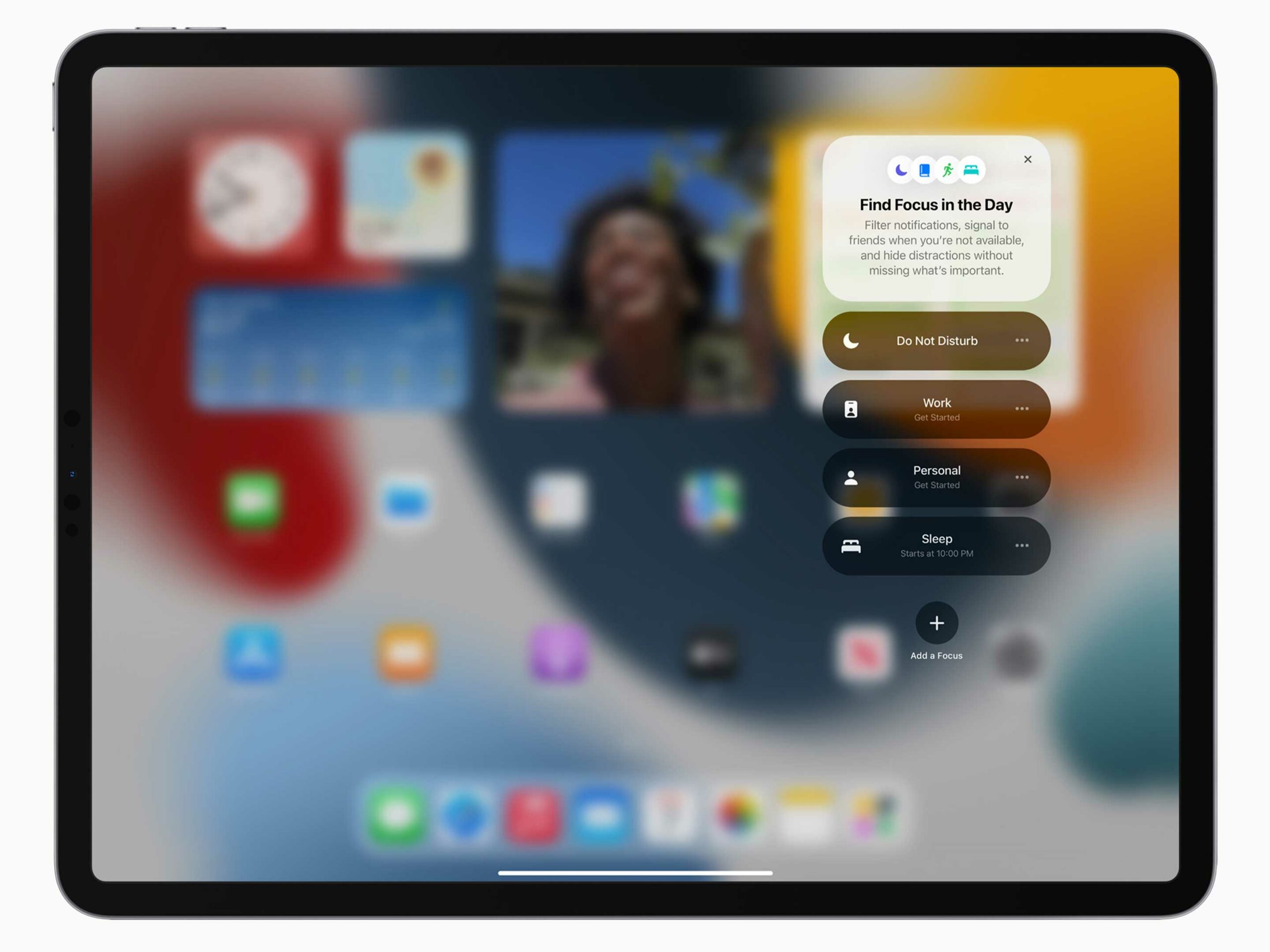 In iOS and iPadOS 15, Apple has made notifications a little smarter. One of the core pillars of this new system is customizable filters that let you only focus on one thing at a time.

For example, while ‘Do Not Disturb’ blocks all incoming notifications, the ‘Work’ filter will only stop entertainment-based notifications, allowing you to still be notified when new emails come in or your co-workers message you on Slack.

You can even use these focus filters to hide home screens. This means that you won’t even need to see your gaming page while the work filter is applied.

On top of all this, iPadOS 15 will also group similar notifications and present you with a condensed summary of all the notifications for a single app in one card to help your Notification shade feel less cluttered.

Apple didn’t mention this feature during its keynote until it started talking about macOS, but it’s likely one of the more interesting features announced during its WWDC 2021 keynote — if it works.

The idea is that through technology that’s similar to ‘Hand-off,’ users can place an iPad beside a Mac and then the keyboard and cursor from the Mac will automatically work on the iPad. In a demo, Apple showed off how this feature can be used to drag and drop files from an iPad to a MacBook, and then from that MacBook to an iMac seamlessly.