Although not yet available in Twitter, Blue reportedly offers an undo tweet function, themes and new app icons

Details about Twitter’s rumoured ‘Blue’ subscription service leaked earlier this month, and now the social media network has effectively confirmed that the subscription is coming.

MacRumors spotted a change on Twitter’s App Store page on iPhone that listed ‘Twitter Blue’ under the in-app purchases section. For Canadians, the service will cost $3.49 (the U.S. price is listed at $2.99, or about $3.61 CAD). At the time of writing, Twitter Blue did not appear to be available in the app. For Android users, the Play Store notes that Twitter contains in-app purchases but doesn’t elaborate on what those purchases are. 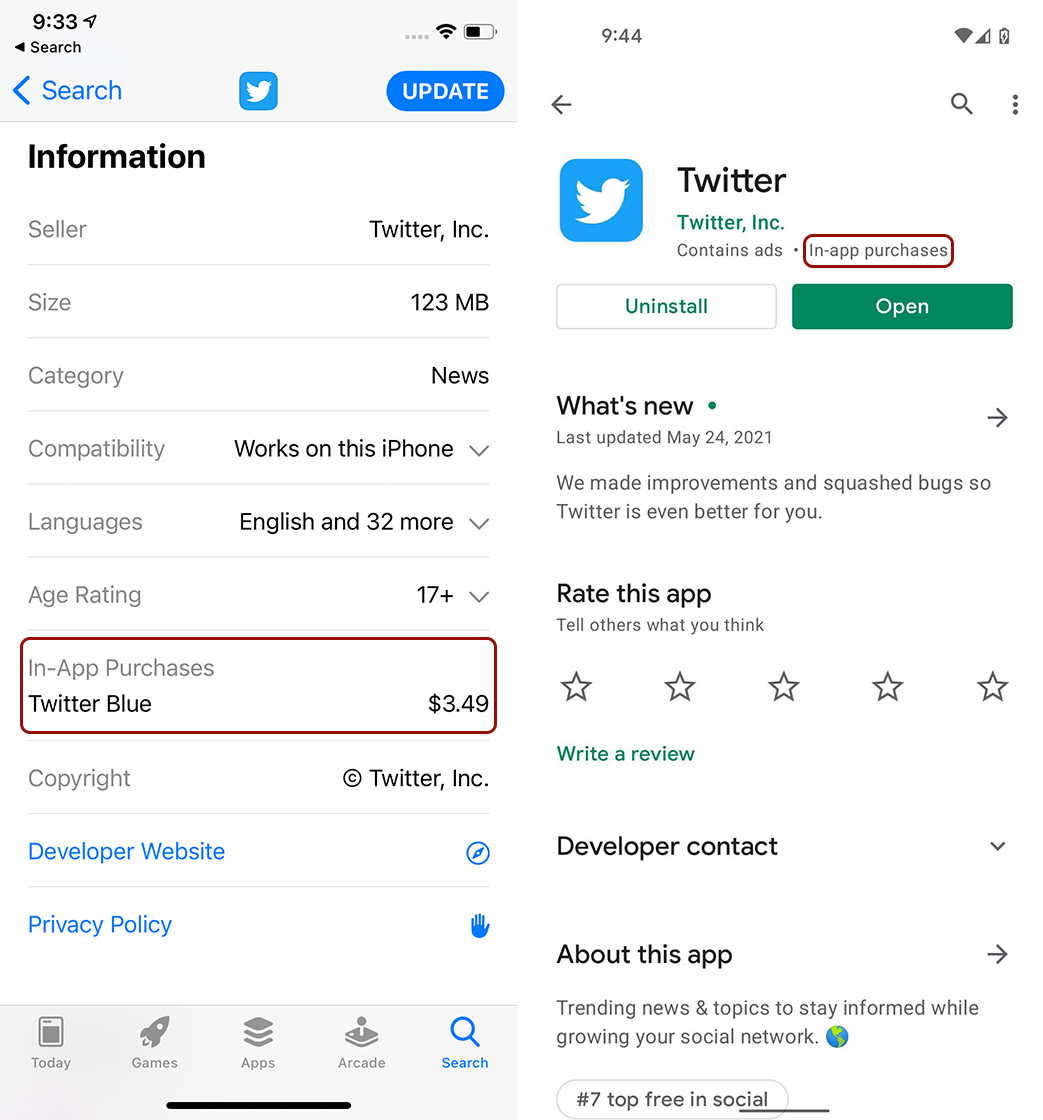 As an aside, details about Twitter offering new app icons leaked last year. It’s possible that those plans got absorbed into the Twitter Blue subscription instead of widely rolling out for free. Offering different app icons is pretty common on iOS (and works quite well), but in my experience, the apps that let you change the icon on Android use a workaround that requires you to place an app shortcut on your home screen and doesn’t actually change the app icon.

Wong also shared several screenshots of Twitter Blue features in her tweet. Although Wong didn’t explicitly mention the rumoured ‘Undo Tweet’ feature, it does appear in the screenshots. Many prominent Twitter users have called for a tweet editing feature to fix typos and other issues, but it seems we’ll have to settle for an undo button instead. It’s better than nothing, but I think an edit option would have better pushed people to subscribe.

Wong also responded to a Twitter user who asked if Blue removed ads, noting that she hadn’t come across any “signs of ads reduction.” However, that could change in the future.

So, in short, Twitter Blue exists but isn’t generally available yet. For $3.49, Canadians will get the ability to undo tweets, change the colour theme of Twitter, set custom app icons and, of course, the promise of future features like a reader mode. As with anything, I’d advise against buying something for the promise of a future update (that never goes well), but if $3.49 seems like a good amount to pay for themes, icons, and an undo button, Twitter Blue may be for you.