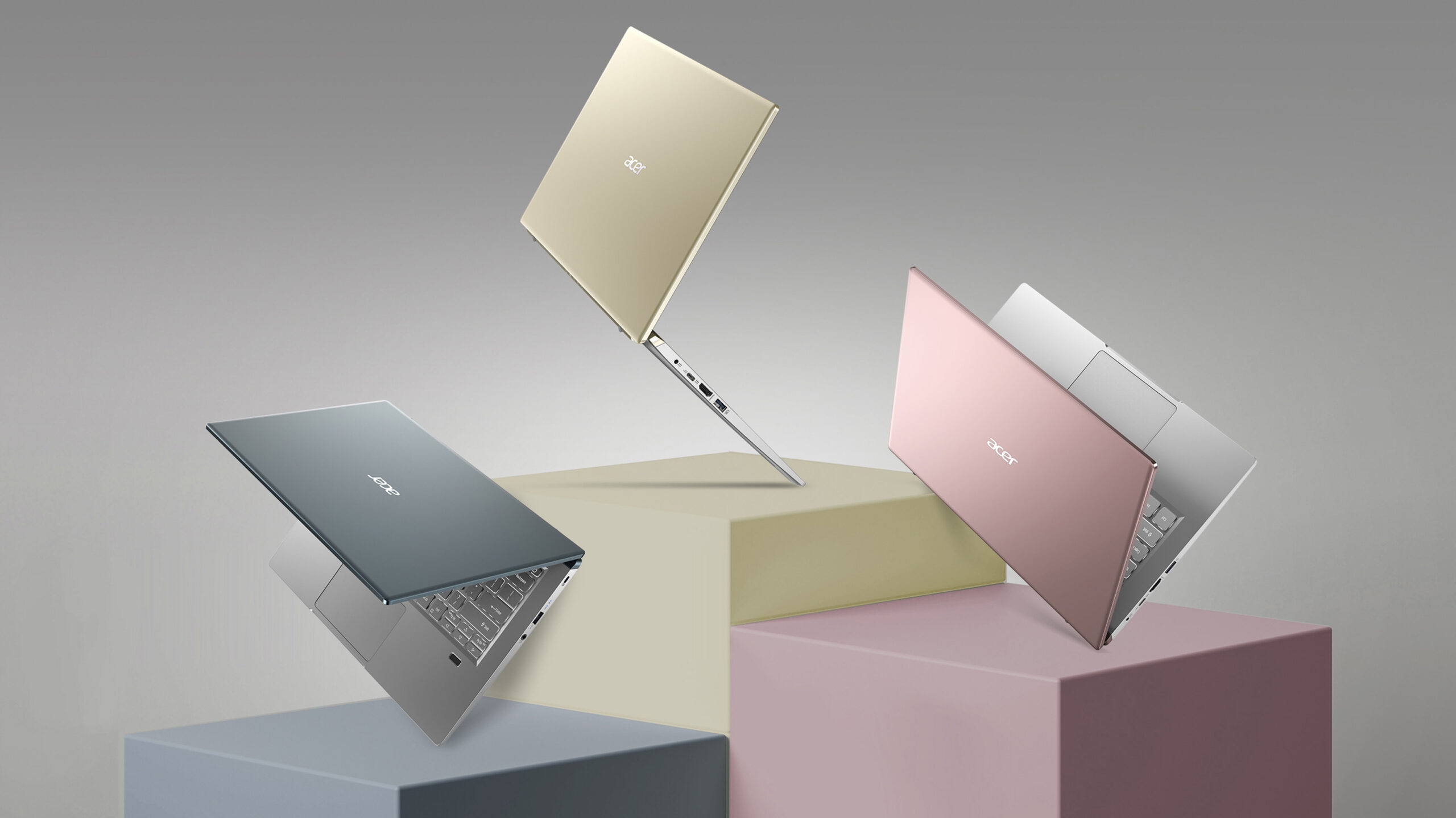 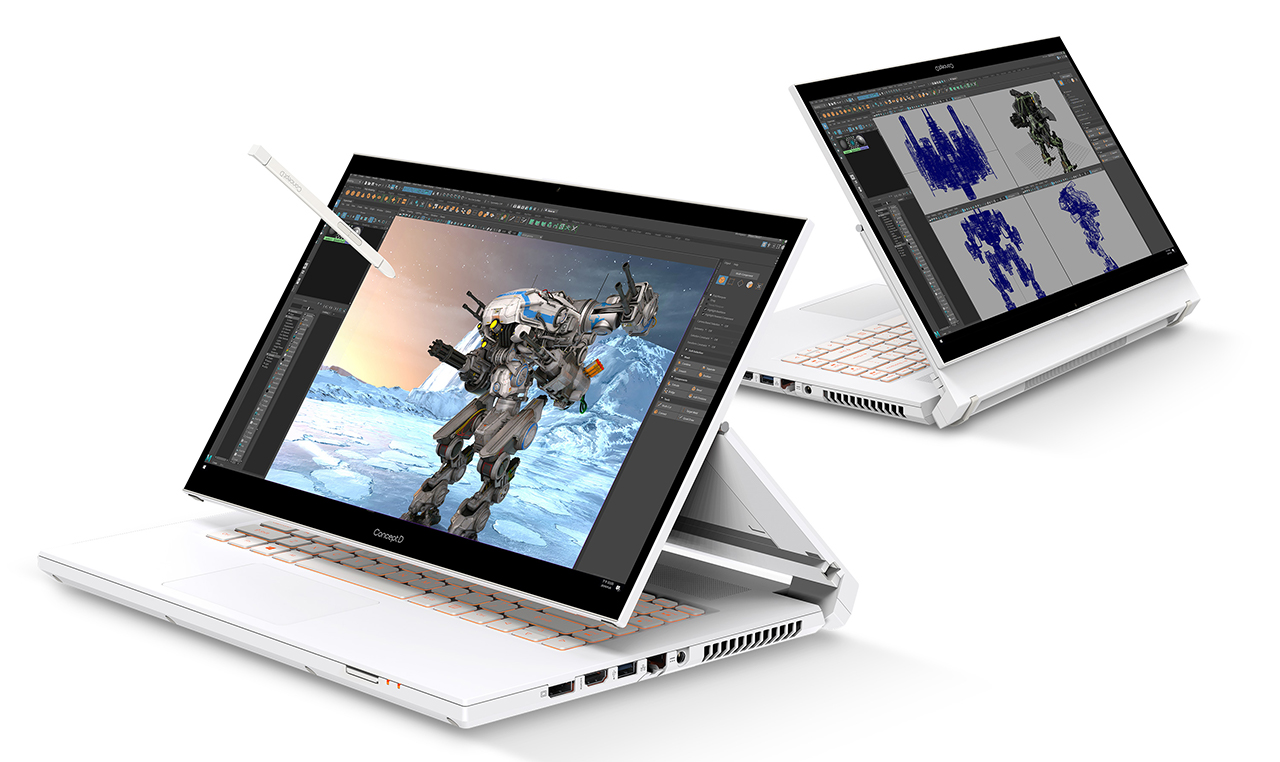 Acer also announced a partnership with SpatialLabs to use sensors and cutting-edge displays laptops. SpatialLabs tracks eyes to create stereoscopic 3D models. Acer says the content “literally floats in front of the screen.” Designed with creators in mind, Acer’s SpatialLabs tech can help people who make 3D models easily switch between 2D and 3D views to check for inaccuracies or issues with a 3D model they’re building.

Acer laptops with SpatialLabs tech aren’t commercially available yet, but developers interested in testing a prototype ConceptD 3D device can apply to try one for three months and give Acer and SpatialLabs feedback. 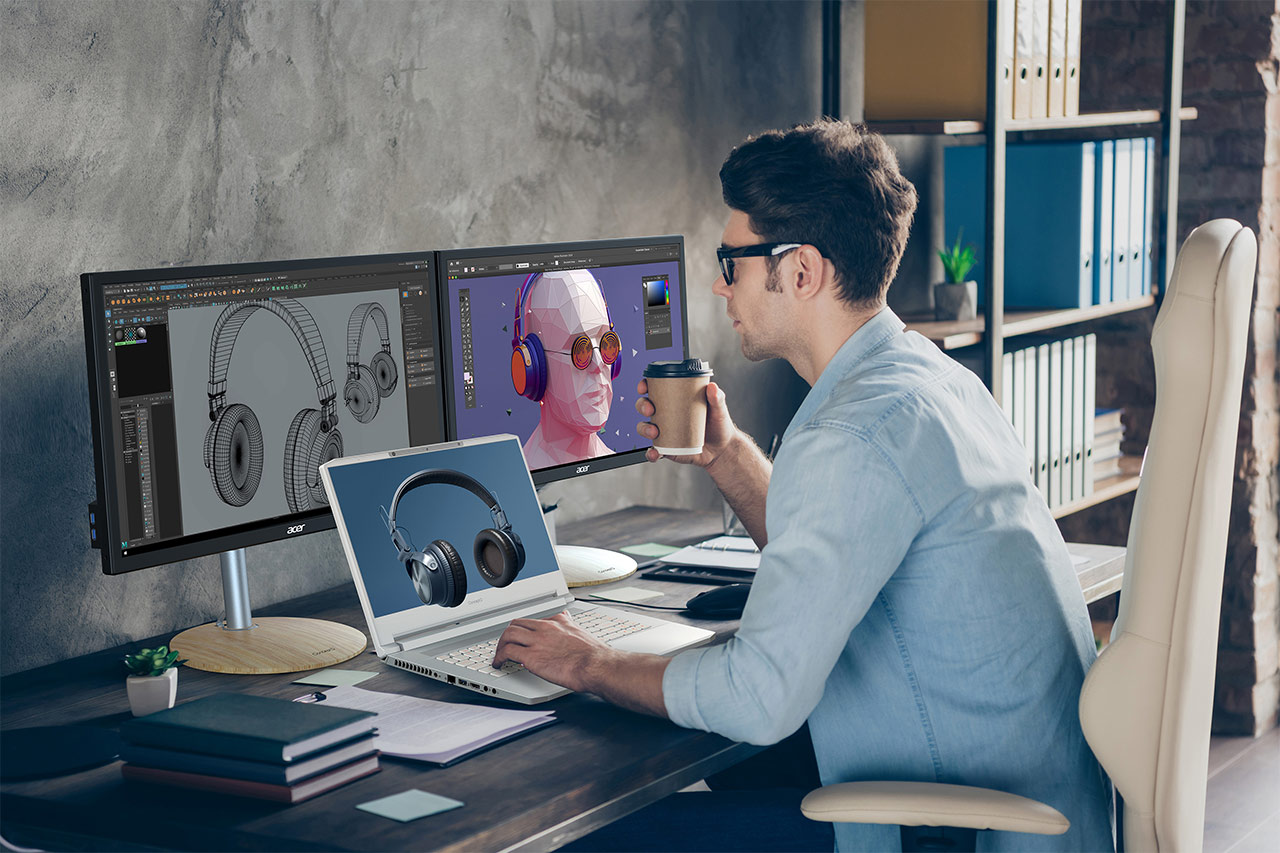 On the gaming side of things, Acer launched new Predator devices. There’s the Predator Triton 500 SE, a “special edition” notebook that can sport up to an 11th Gen Intel Core i9 processor, Nvidia GeForce RTX 3080 Laptop GPU and up to 64GB of RAM. There’s a Predator Helios 500 as well with similar specs. 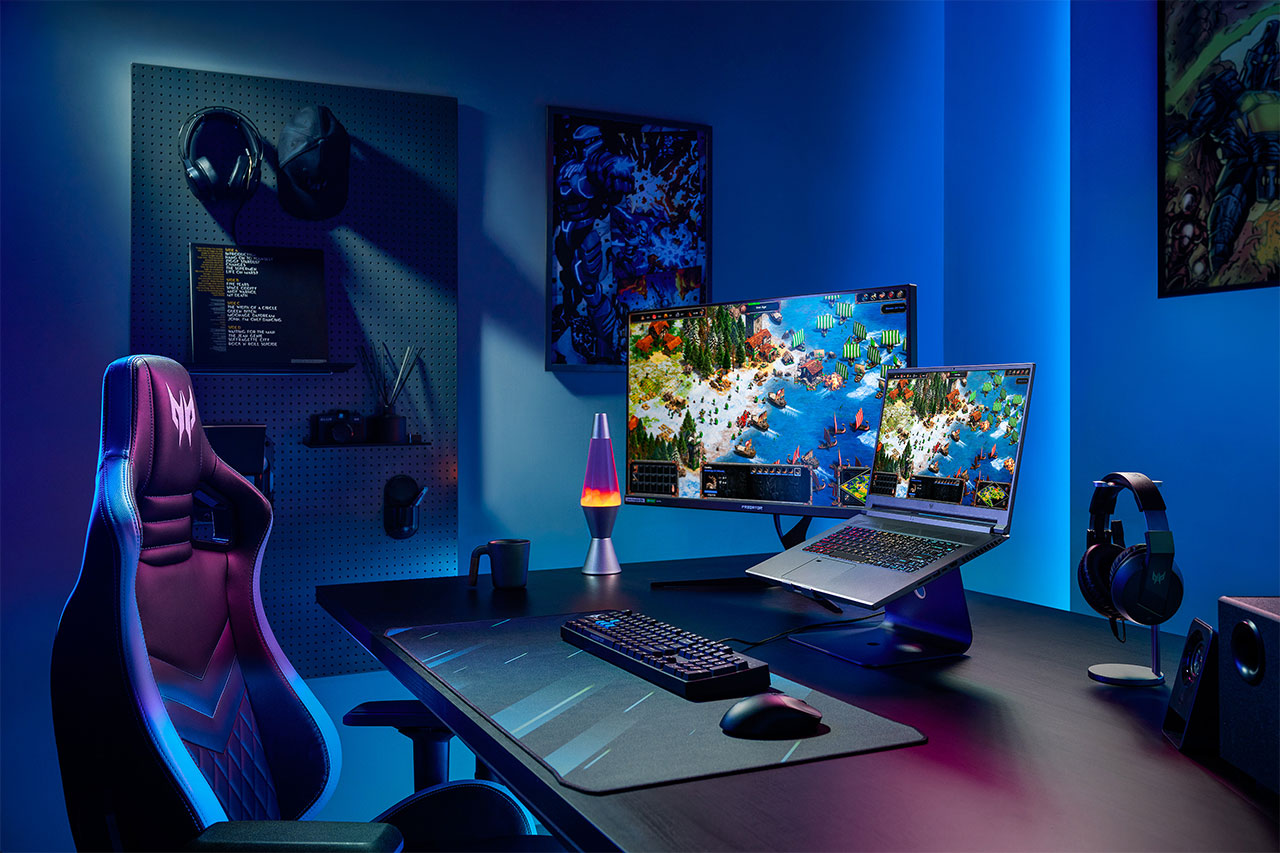 Acer announced a Predator Connect D5 dongle that adds 5G to your laptop as well as the Predator Cestus 335 ergonomic gaming mouse. There are new Predator gaming monitors too, as well as a few pre-built gaming desktops. Of particular interest is the Predator CG437K S, a massive 42.5-inch UHD monitor with HDMI 2.1, which enables high refresh-rate 4K over HDMI for both PC players and those with the new Xbox Series X and PlayStation 5. 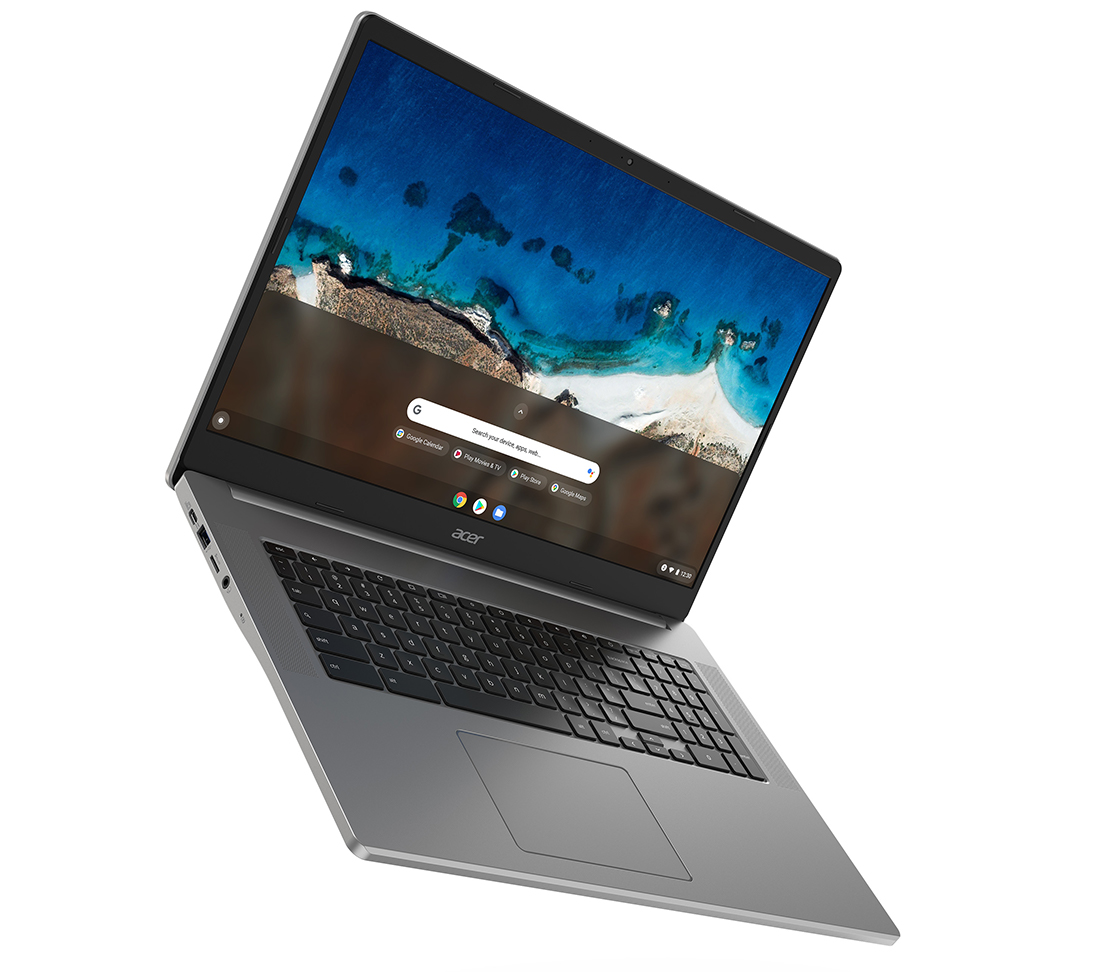 For those interested in Chromebooks, Acer unveiled four of them. Notably, there’s the Acer Chromebook 317, which the company says is the first 17.3-inch Chromebook. There’s also the Chromebook Spin 713. MobileSyrup staff reporter Brad Bennett was a big fan of the Spin 11, and the Spin 713 looks to be a nicer, more expensive variant. 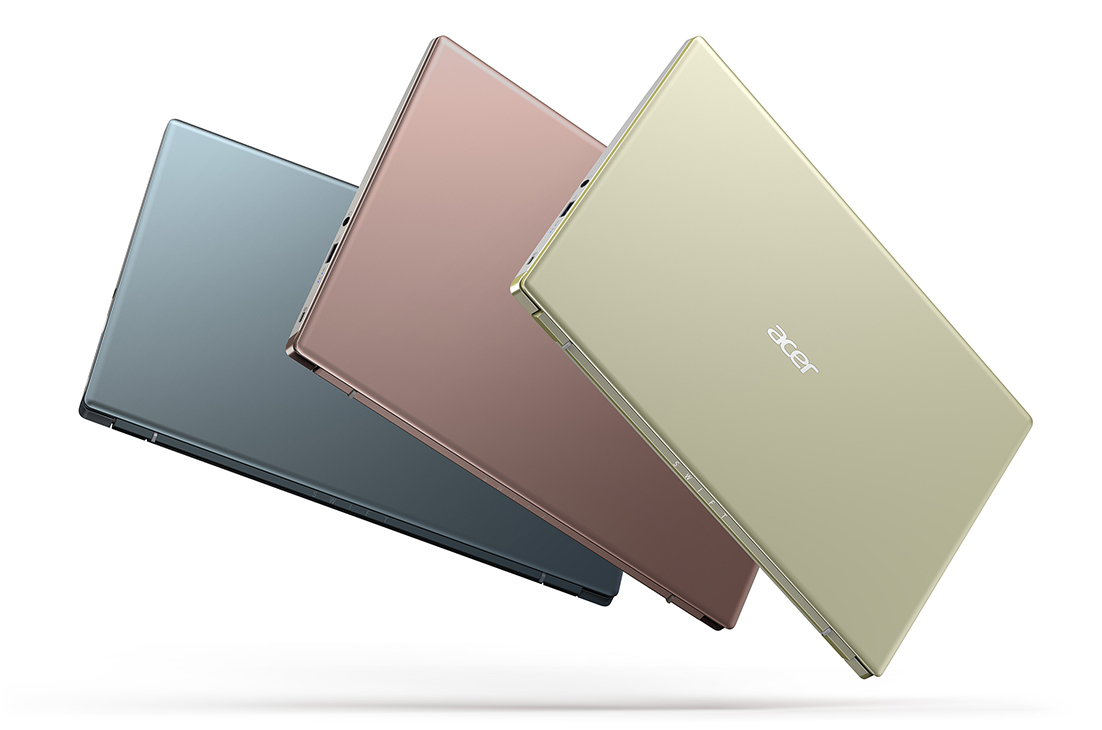 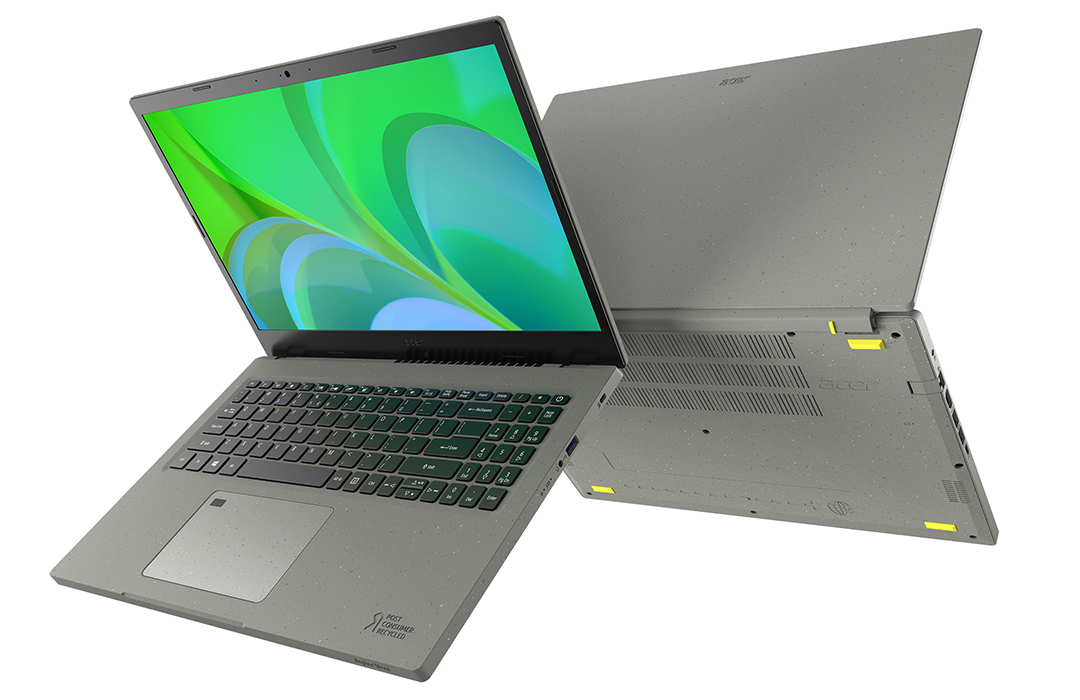 In other news, Acer announced that it joined the RE100 initiative. As part of that, the company pledged to achieve 100 percent renewable energy use by 2035, announced an ‘Earthion’ sustainability platform and launched the Aspire Vero, the company’s first sustainability-focused product within the Earthion platform. The Vero uses post-consumer recycled (PCR) plastic throughout the chassis and for the keyboard caps.

You can learn more about all the new Acer laptops on the company’s website.

Acer’s 15.6-inch touchscreen Chromebook is on sale for $349 at Best Buy