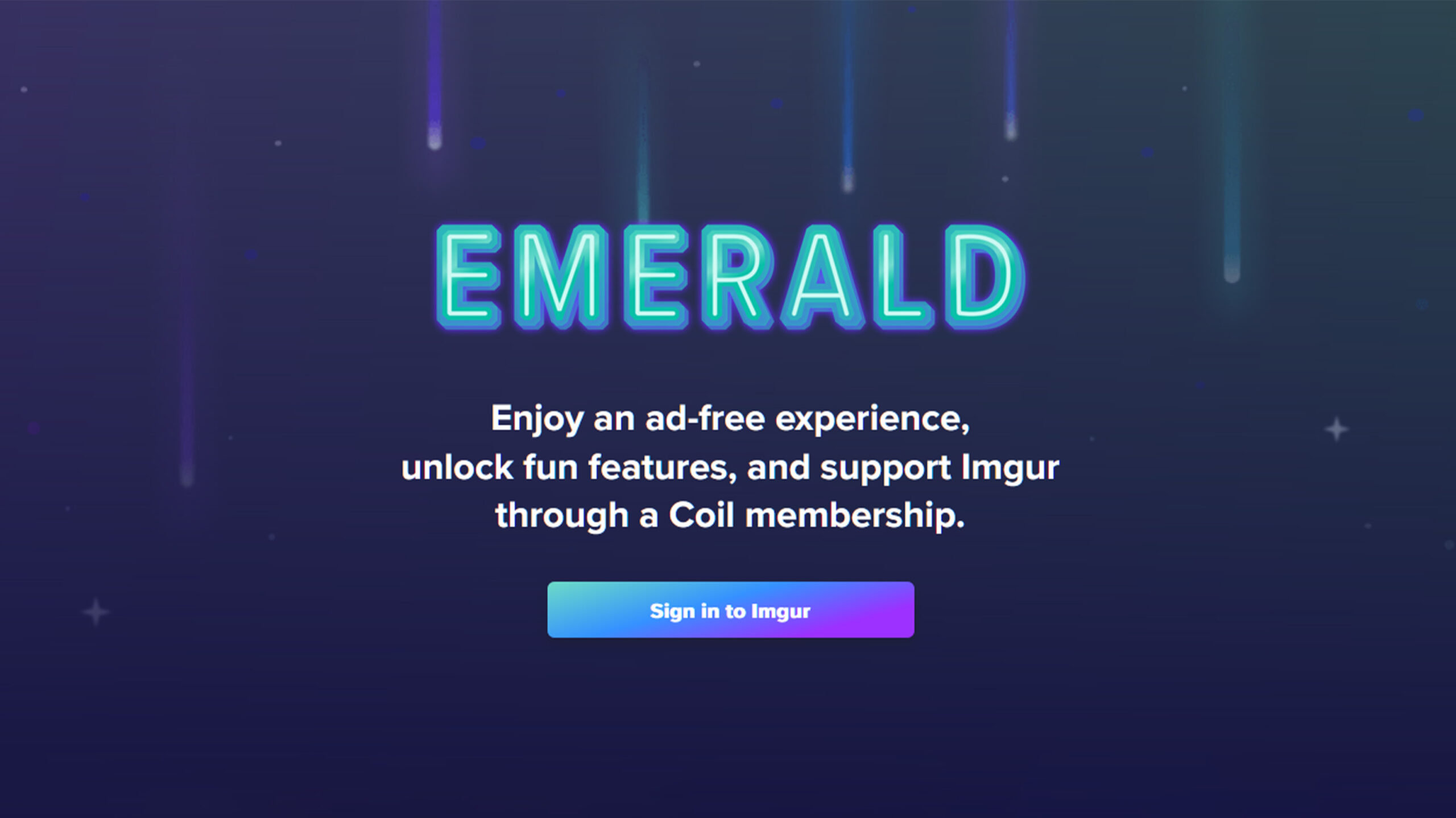 Imgur’s new ‘Emerald‘ subscription, which launched quietly in May, has garnered more publicity as the company rolls it out to Android (with iOS to launch in the future). Emerald includes ad-free browsing, profile flairs and the ability to mute image tags across the site. It costs $5 USD (about $6.59 CAD) per month, but isn’t offered directly by Imgur.

Instead, Imgur partnered with a company called Coil, which is the latest to attempt making a ‘micro payments’ system work across the web. Coil asks users to pay $5 USD (roughly $6.70 CAD) per month and then pays that money to the companies and creators you read and watch online. The Verge notes that Coil isn’t the first to try a system like this, and similar ideas failed to catch on in the past.

However, Coil also has a few differences compared to those other attempts. For one, Coil was built on a technology called ‘Interledger.’ If that sounds like something from the blockchain, rest assured that it’s not — at least, that what Coil CEO Stefan Thomas told The Verge. Interledger is a system people can tap into to send and receive small payments.

For Emerald, although it’s offered through Coil, theoretically users could sign up through a Coil competitor and get access to the same service. At the moment, there aren’t any Coil competitors, so it’s Coil or bust for now. The goal is that because anyone can plug into the system, no single company will be the middleman between various payments. Plus, it should make it more likely for the system to grow and entice big names to join in.

Along with Emerald, a Coil subscription nets users access to other features. That includes exclusive and ad-free content on several satire sites, including Reductress and The Hard Times, access to premium paid videos on Cinnamon, and it’ll pay out to Twitch streamers with a bot that sends the service’s virtual currency to creators you watch.

In other words, Imgur won’t get all $5 of your subscription unless Emerald is the only one of those services you use. Further, The Verge says that Coil currently doesn’t take a cut of the subscription. Along with that, The Verge says all this is part of a strategy to build Coil’s network and draw in more subscribers, which increases the overall payment pool and earns all participants more money. Plus, it could help support companies and creators looking for alternatives to the web’s current advertising model.

Ultimately, it’s an interesting idea, but it needs more time to mature. If you’re a big fan of Imgur or the other services support Coil, it could be worth signing up. But until some other big names get on board, Coil may struggle for relevance.

Source: Imgur Via: The Verge