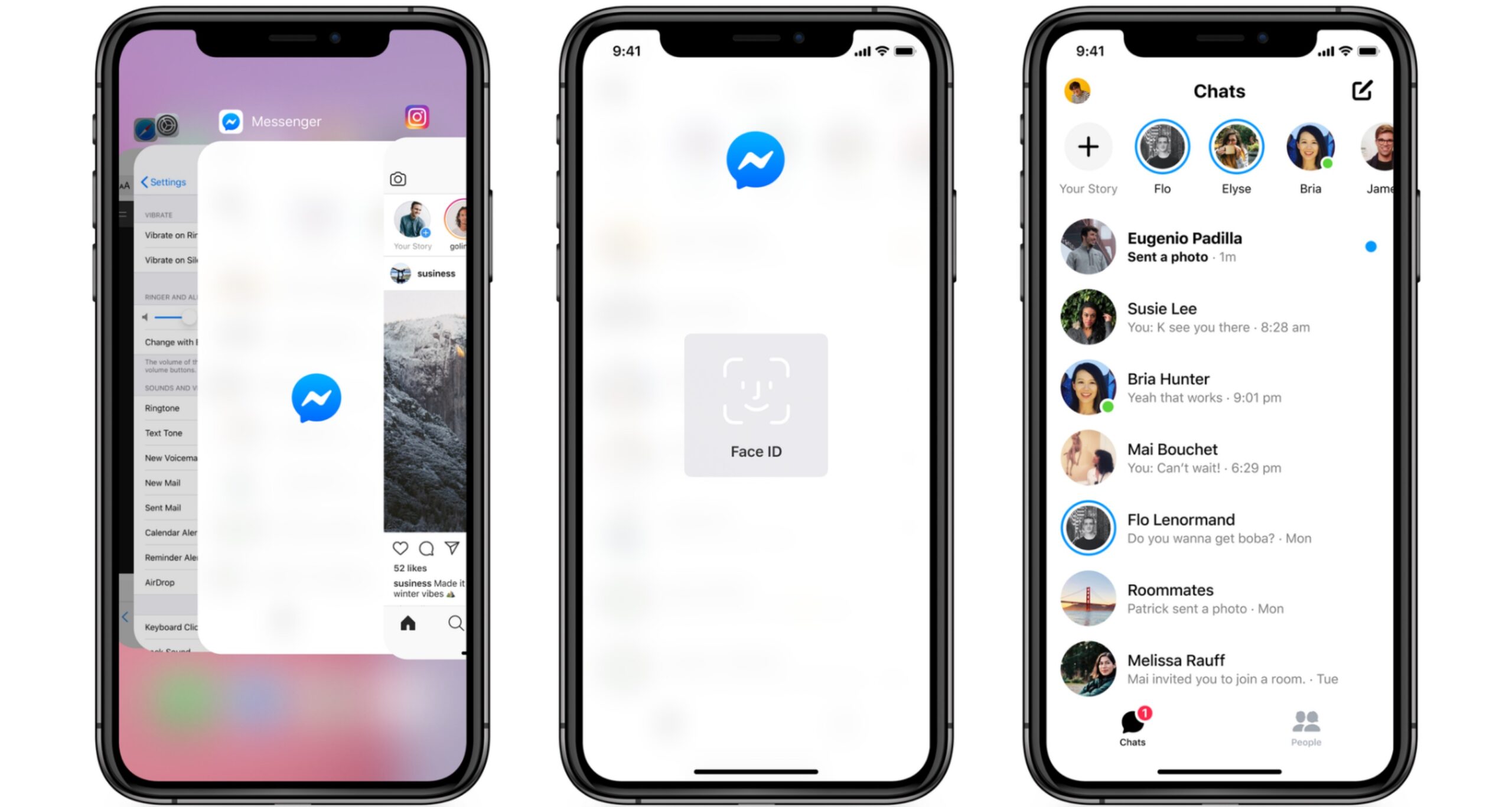 Facebook Messenger is officially rolling out its ‘App Lock’ feature for its iOS app and will be launching it for Android soon.

The new feature uses your fingerprint or face ID to unlock the app. Facebook notes that this adds another layer of security to users’ private messages by preventing other people from accessing them while using your device. It notes that users’ touch or face ID is not stored by the company.

“This optional feature gives you the confidence to know that if a friend or family member needs to borrow your phone, they won’t be able to access your chats,” Facebook notes.

App Lock can be found in the new ‘Privacy’ settings section within Facebook Messenger. This section is designed to make it easier for users to find features like muted stories and blocked people.

Facebook is also looking to roll out for controls for who can reach you through the app. Users will soon be able to decide who can message or call them directly, who goes to their requests folder, and who can’t contact them at all.

“We’ll be testing a feature similar to what exists on Instagram and WhatsApp that blurs images in your message requests folder,” the social media giant notes.

Facebook says that this way, users will have the choice to view an image from someone they may not know before replying to the message or blocking the account.