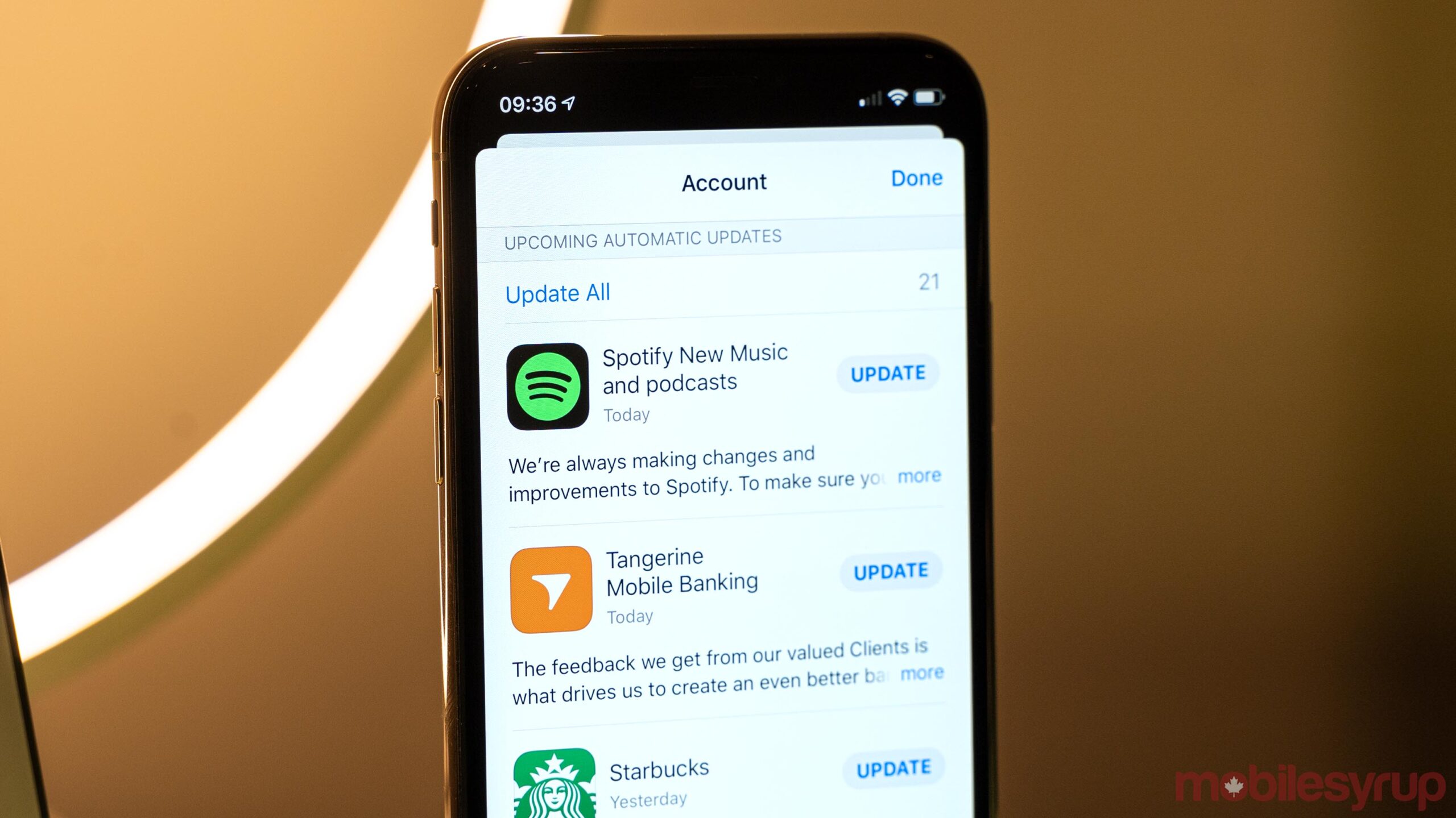 If you opened the App Store on your iPhone or iPad recently to find an absurd number of app updates, you’re not alone.

It appears that Apple is reissuing several recently-published app updates, which means users have to reinstall the latest version of some of their apps.

The Verge notes that the number of unexpected updates can range, reporting some staff with less than 20 and others at nearly 100 updates. iPhone users at MobileSyrup had as few as nine updates and as many as 21. Further, The Verge reports that some of the resurfaced updates were released as far back as the beginning of the month.

Unfortunately, it remains unclear why these app updates are resurfacing. MacRumors suggests it might be related to an iOS 13.5 bug. The bug makes some apps inaccessible. When users try to open them, they get an error message that says “This app is no longer shared with you.”

If you’ve encountered this issue, the quick fix is to offload that app via an option in Settings > General > iPhone Storage and then re-install it. It’s not clear what’s causing the bug, but it seems like an authentication or certification issue.

With this bug in mind, it’s possible these reissued updates are an attempt to fix the bug, but we don’t know for sure.

The Verge says that installing the reissued updates doesn’t seem to break any app functionality, so you’re probably safe to update them and forget about it.