Google is ready for the big show. Are you? 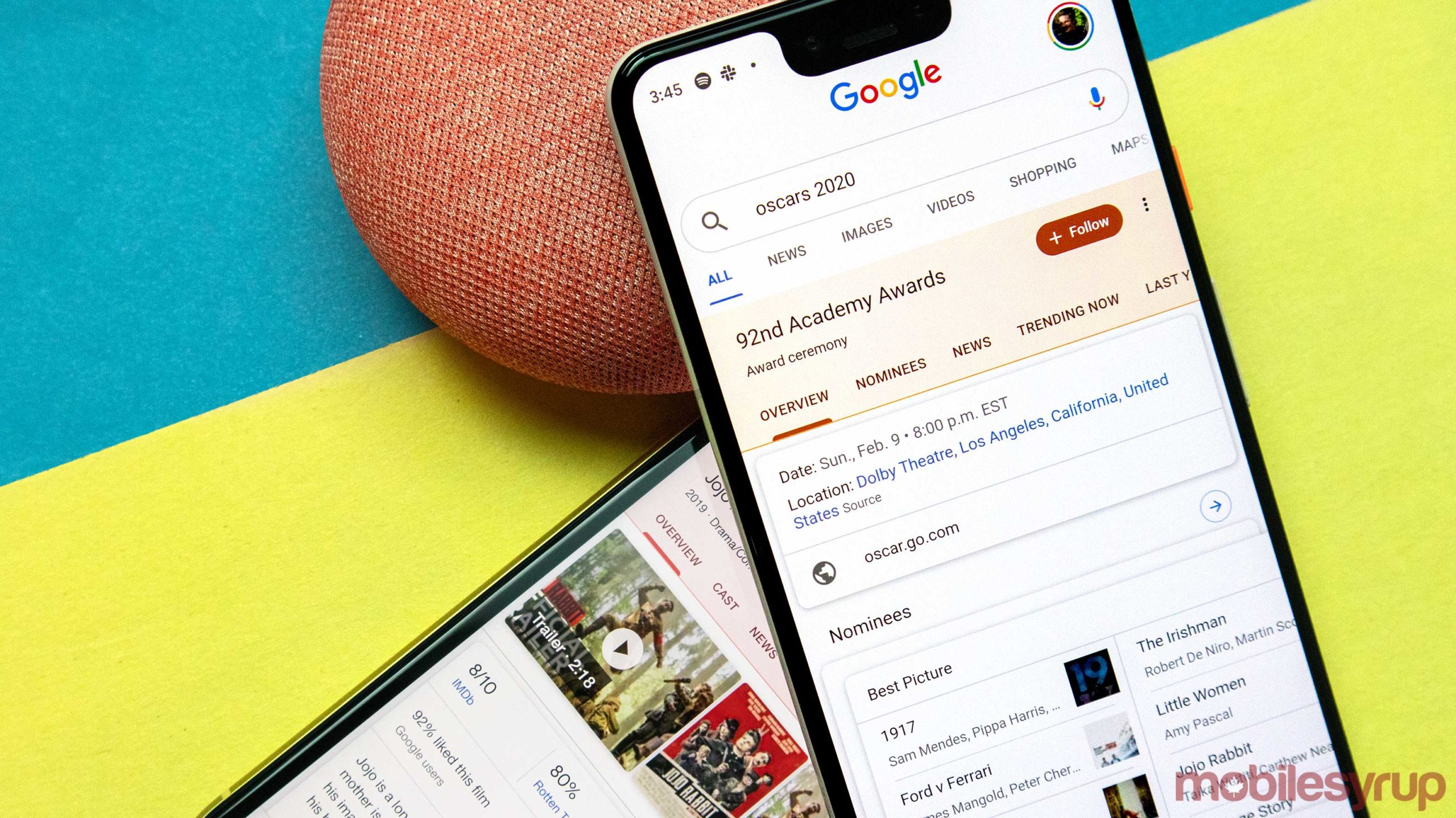 The 92nd Oscars is set for Sunday and Google is getting in on the conversation with a handful of Oscar-related features across its devices and services.

The first instance of Google getting ready for Sunday’s show is with Search. Googling the Oscars will present people with a hub that details all of the Oscar nominees and some news surrounding the show.

On mobile, this hub is really awesome because it’s all presented in one list of information cards. On desktop, it look a bit more convoluted since it spreads the cards out over the whole page.

Both pages show the time and location of the show, the nominees, news, videos and last year’s winners.

Google also says it will be updating this hub with the winners as they’re announced.

The company also says that there are videos of people associated with the nominated movies explaining Oscar concepts. To find these videos you need to click on a movie or some other nominee and scroll down until you find them.

Midway through the blog post, the company shares a graphic comparing what movies are being searched for overtime. As of February 3rd, 1917 is the most popular, followed by Parasite and Jojo Rabbit.

To expand on this, the search giant also has a whole Google Trends page dedicated to the Oscars.