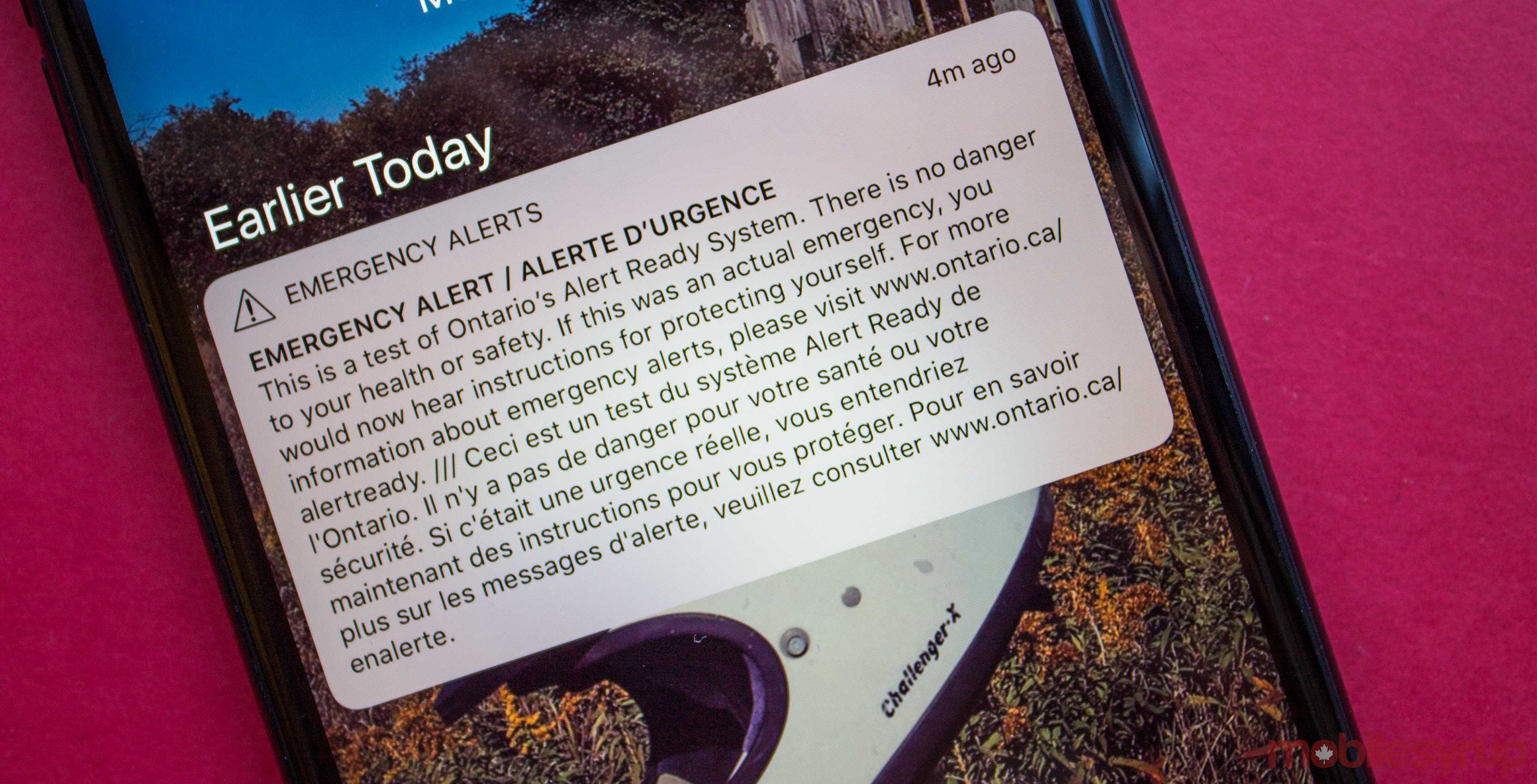 The Ontario government sent out a mass alert notifying residents of an “incident” at the Pickering Nuclear Generating Station on Sunday morning, which has now been confirmed to be a mistake.

The Ontario Power Generation has confirmed that the emergency alert was sent out in error, and stated that the public is not in danger.

Important update: the alert regarding #Pickering Nuclear was sent in error. There is no danger to the public or environment.

The government issued another emergency alert at 9:11 a.m. to retract the first one stating: “There is NO active nuclear situation taking place at the Pickering Nuclear Generating Station. The previous alert was issued in error. There is no danger to the public or environment. No further action is required.”

It is believed that that the emergency alert system was being tested and that perhaps the initial false warning was sent out accidentally.

“There has been NO abnormal release of radioactivity from the station,” the initial alert read. “People near the Pickering Nuclear Generating Station DO NOT need to take any protective actions at this time.”

Users on Twitter outlined how the alert seemed vague and are wondering why the alert had been sent out if nothing had happened.

I feel like “an incident at the nuclear facility” and “no need for concern” is exactly how EVERY disaster movie starts… #pickering #ONappocalypse pic.twitter.com/Fp1DCfBZuz

The mayor of Pickering, Dave Ryan, says he has spoken to the provincial government and is demanding a full investigation into the error.

Like many of you, I was very troubled to have received that emergency alert this morning. While I am relieved that there was no actual emergency, I am upset that an error such as this occurred. I have spoken to the Province, and am demanding that a full investigation take place.

Update 12/01/2020 11:15am ET: The article was updated to include information about the second emergency alert issued to retract the first one.

Update 13/01/20 10:55am ET: The Solicitor General Sylvia Jones has stated the Provincial Emergency Operations Centre (PEOC) was conducting a training test of the system and instead of sending the alert internally it was sent to the public.

“At one of those tests this morning, instead of it going out on the test side, it went out live to the people of Ontario, and for that I sincerely apologize. It should not have happened, which is why I have asked the chief of Emergency Management Ontario, Doug Brown, to launch a full investigation… I want to delve deeper into the specifics of how it occurred, because it is very unusual.”

Update 13/01/20 10:30am ET: Ontario’s Solicitor General Sylvia Jones said the investigation into the false emergency alert about the Pickering nuclear plant will be made public.