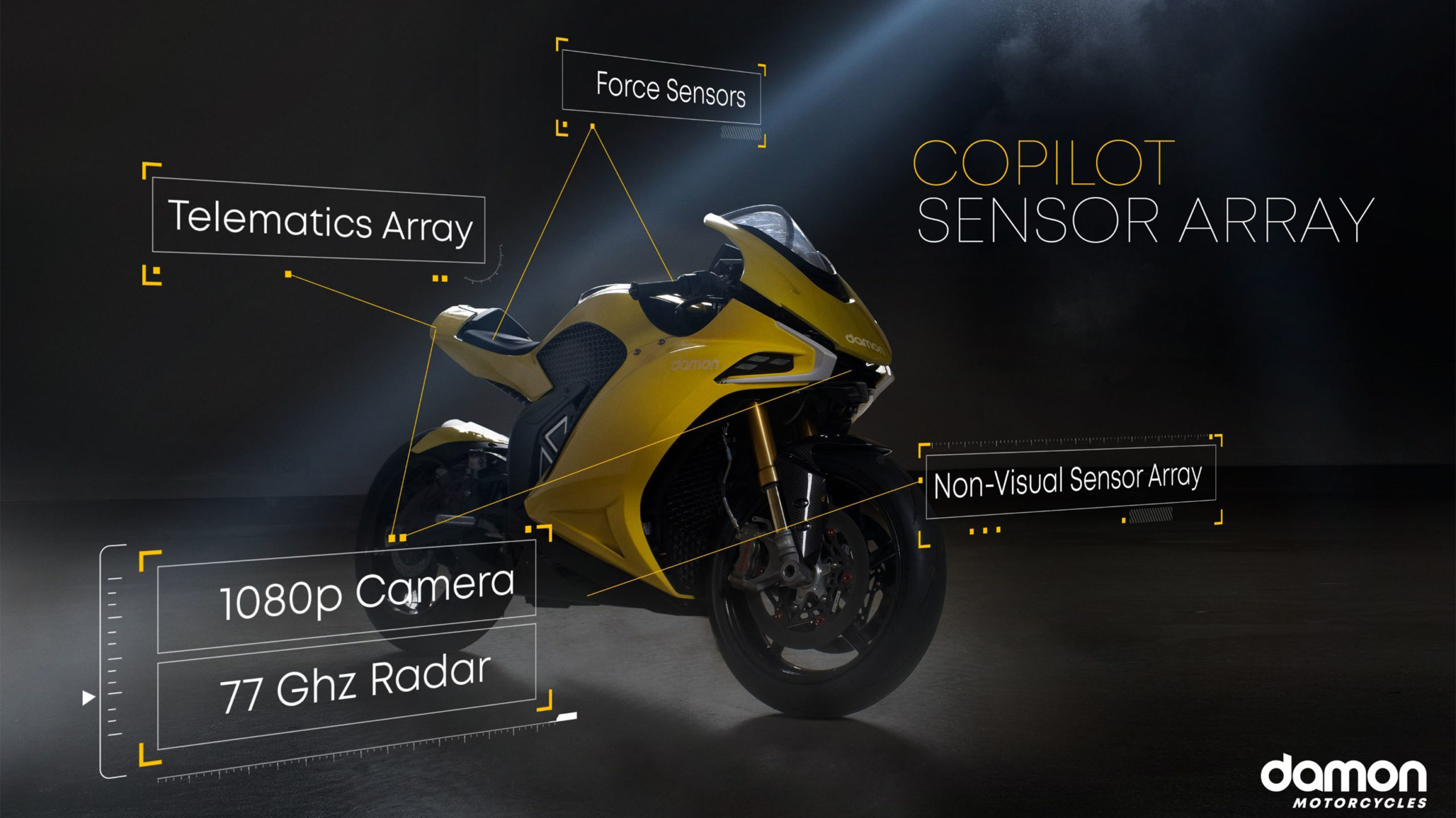 Vancouver-based Damon Motorcycles is partnering with Waterloo’s BlackBerry to use its QNX technology as the base for its Damon CoPilot warning system on its new electric motorbike.

Further, in a release, BlackBerry said QNX would be used across Damon’s entire line of advanced electric motorcycles.

To start, QNX will power CoPilot in Damon’s limited-edition Hypersort Pro superbike, set to be unveiled at CES 2020. Additionally, Damon will open reservations to the public online as well as at CES starting January 7th at 10am PST/1pm EST.

CES attendees will be able to check out Damon’s next-gen motorbike at BlackBerry’s CES booth in the ‘#FutureOfMotorcycling Interactive Experience.’ It’s a rideable stationary motorcycle that uses virtual reality to showcase the Hypersport Pro’s unique features on the show floor.

Some of the features on display include all-electric performance, the CoPilot advanced warning system and Shift, Damon’s patented system that allows riders to electronically adjust the bike’s riding position while in motion.

CoPilot utilizes radar, cameras and non-visual sensors to track speed, direction and velocity of moving objects around the Hypersport Pro.

Those interested in trying out the VR experience at CES can book a timeslot here.

Damon will release performance specs for the motorcycle at CES, and prototypes will hit the roads in mid-2020.

BlackBerry says its QNX technology is trusted in over 150 million vehicles as well as millions of embedded systems, including medical, robotics, energy and more.