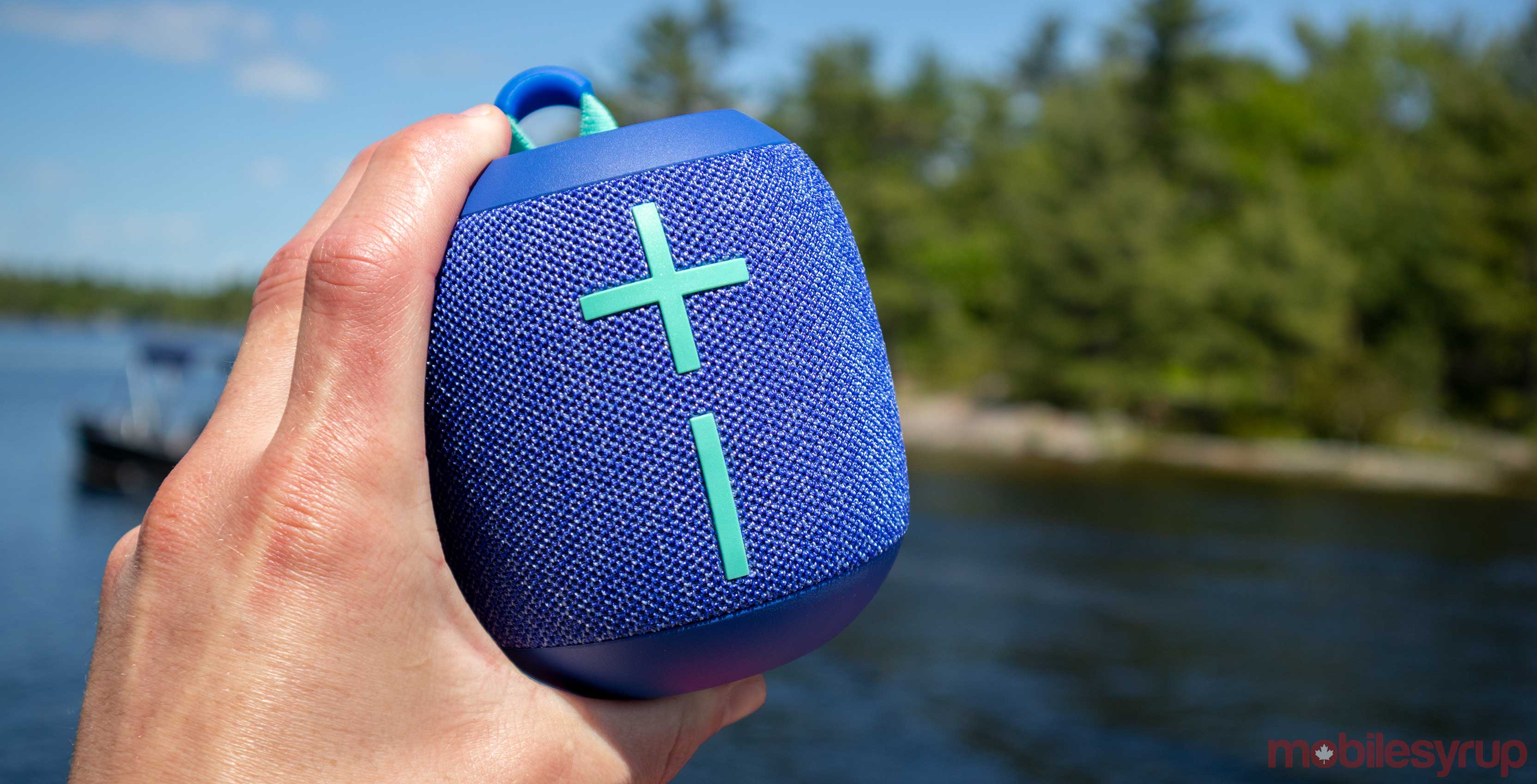 Over the last few years, Logitech-owned Ultimate Ears has firmly cemented itself as one of the top portable Bluetooth speaker companies. As expected, the UE WonderBoom 2 carries that legacy forward.

Throughout the summer, the WonderBoom 2 has been my go-to cottage speaker. Its compact size, passable sound, battery life and waterproofing has made it the perfect speaker for me — and likely you as well depending on what you’re looking for from a portable speaker.

While it may not sound as good or last quite as long as the ultra-popular UE Boom 3, it makes up for those shortcomings with its ultra-portable size and reduced price.

Even though this speaker isn’t for audiophiles, the value it offers is impressive.

Same look, but that’s not bad 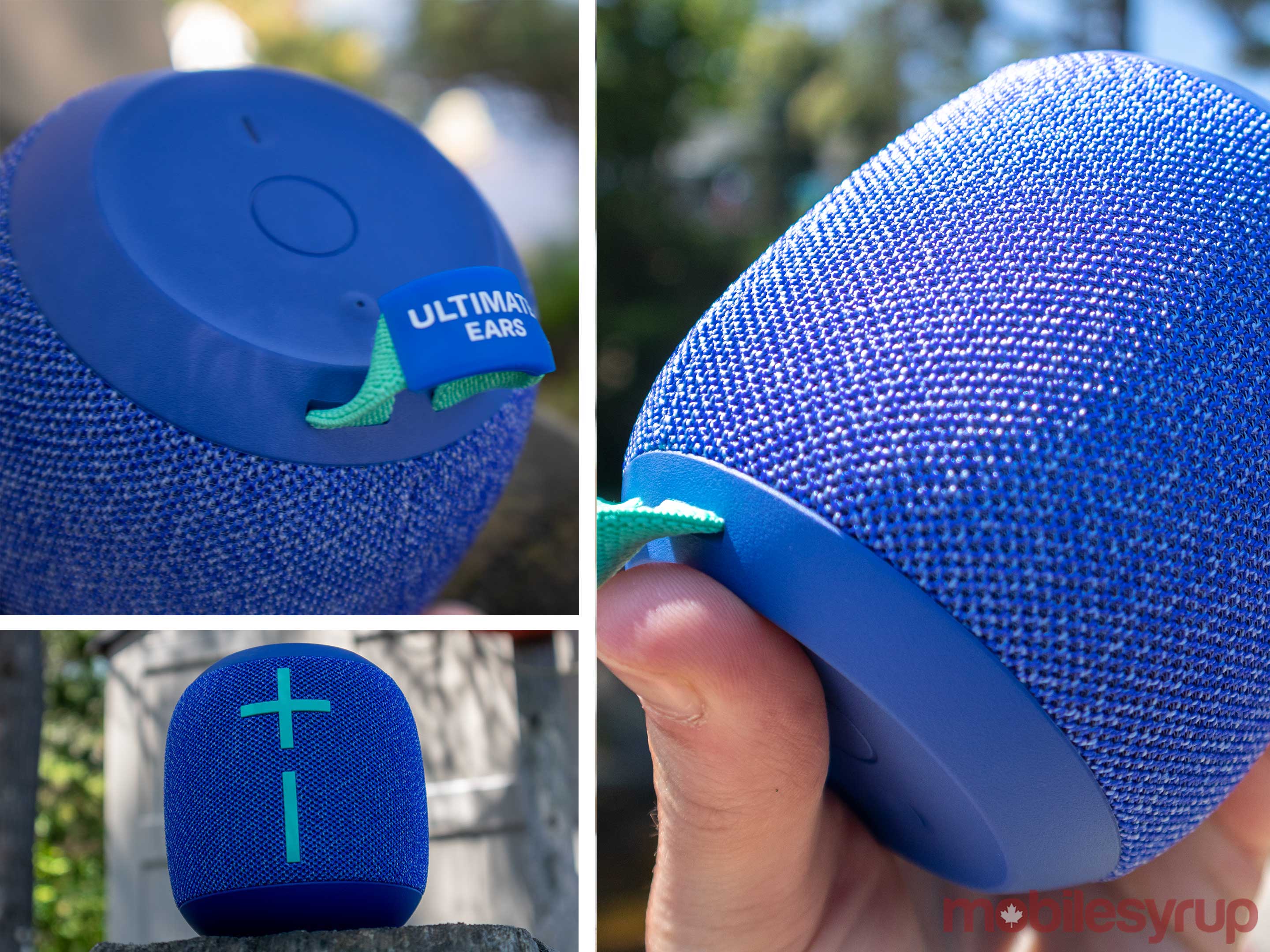 The WonderBoom 2 looks almost exactly like its predecessor, but with two new buttons: one on the top and one on the bottom. The speaker’s volume buttons are slightly larger as well.

The button on the top of the speaker borrowed from last year’s UE Boom 3 is called the ‘Magic Button.’ It’s a fairly simple button that acts similarly to what is sometimes featured on headphone cords. This means that you press it once to play/pause and twice quickly to skip to the next song.

The button on the bottom — the one in the shape of a tiny pine tree — triggers the ‘Outdoor Boost Mode.’ This feature makes songs sound louder and crisper but also drops the bass level a bit. Either way, this button is crucial for listening to music outside in wide-open spaces.

The other two buttons on the top are for power and syncing the speaker. Beyond the new buttons and the features they bring, the WonderBoom 2 also looks awesome.

It’s about the size of a softball and weighs 420g.

The speaker is waterproof and has an IP67 water and dust resistance rating. That means that it’s able to be submerged in a metre of water for about half an hour. While I haven’t left the speaker in the water for that long, I’ve gone swimming with it and it’s also sat outside overnight. The Wonderboom 2 took both tests like a champ. It’s also worth noting that the speaker floats. 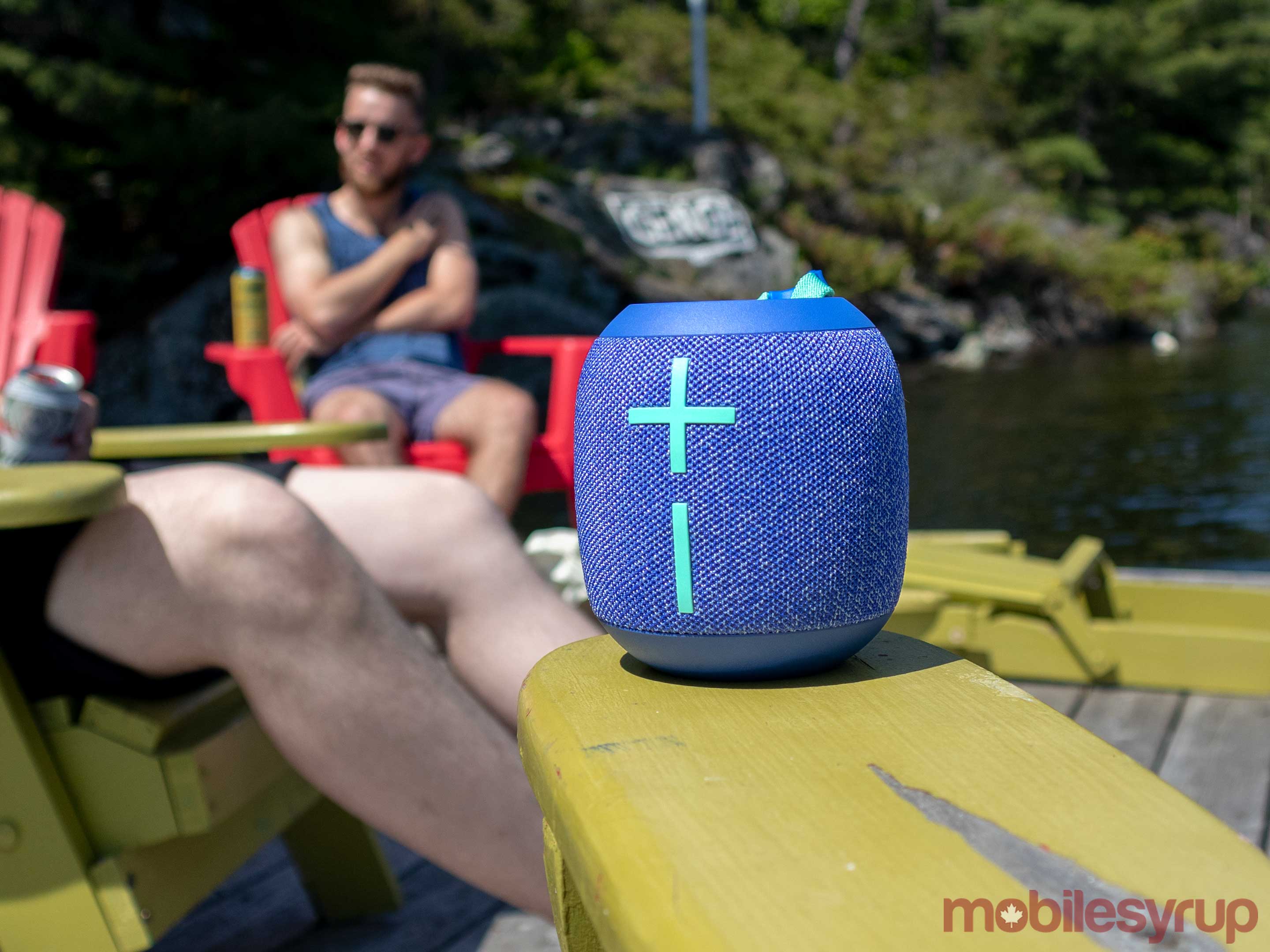 Regarding audio quality, the speaker’s sound isn’t as clear as the larger UE Boom 3, but it’s able to turn up the volume loud enough when you need to. The Outdoor Boost mode also significantly helps give it an extra kick in some scenarios.

While UE markets the speaker as perfect for the great outdoors, I also found that it excels inside.

Playing music while I work at my desk or when I’m in the shower is great since the little speaker can easily fill a room with sound. While the sound stage isn’t perfectly balanced like a Sonos or other larger, more expensive smart speakers, it offers excellent audio for its price tag.

These are slightly smaller than the Boom 3’s speakers, and you can tell when you’re listening to both speakers side-by-side, but when isolated, they both sound great.

What else is packed into this thing? 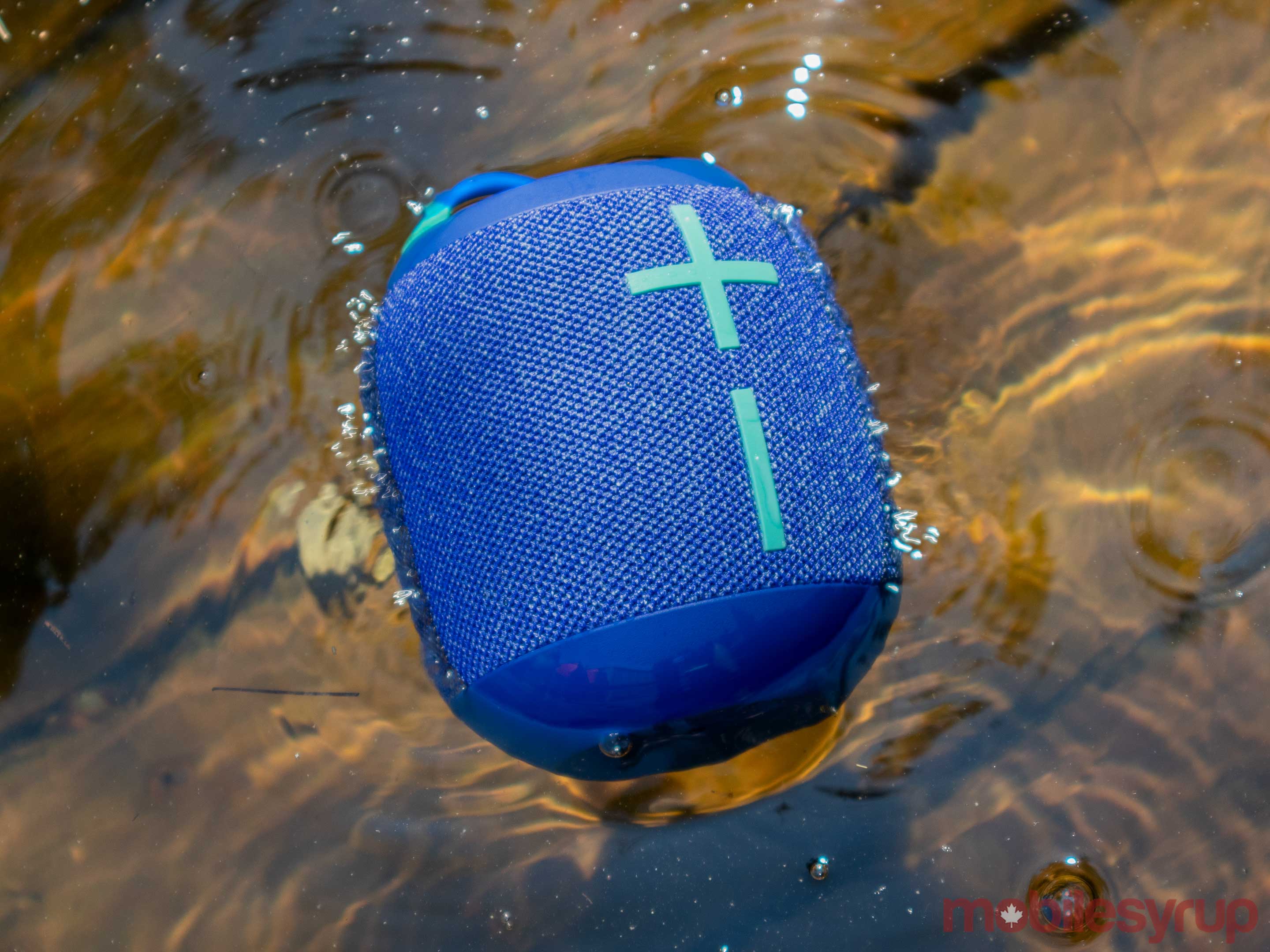 Beyond the two new buttons and the sound quality, the speaker also has a few hidden tricks.

For example, you can pair two WonderBooms together. If you have two speakers near each other, then you need to press and hold the Magic button until you hear the pairing sound to play music in stereo.

You can also pair two phones or other devices to the speaker at the same time so you and a friend can take turns playing songs.

What is a bit odd is that the WonderBoom 2 doesn’t connect to the same app as the UE Boom 3. While I admittedly rarely use the app with the Boom 3, the extra features it offers make it worthwhile in some cases.

UE says the WonderBoom 2 features 13-hour battery life and in my experience, that number holds up. I’ve never had it playing for 13 hours straight, but the WonderBoom 2 has easily made it through a weekend at a cottage without needing to be charged. Just like the UE Boom 3, the company once again isn’t including a charging brick in the box, which is annoying and a strange decision on UE’s part. 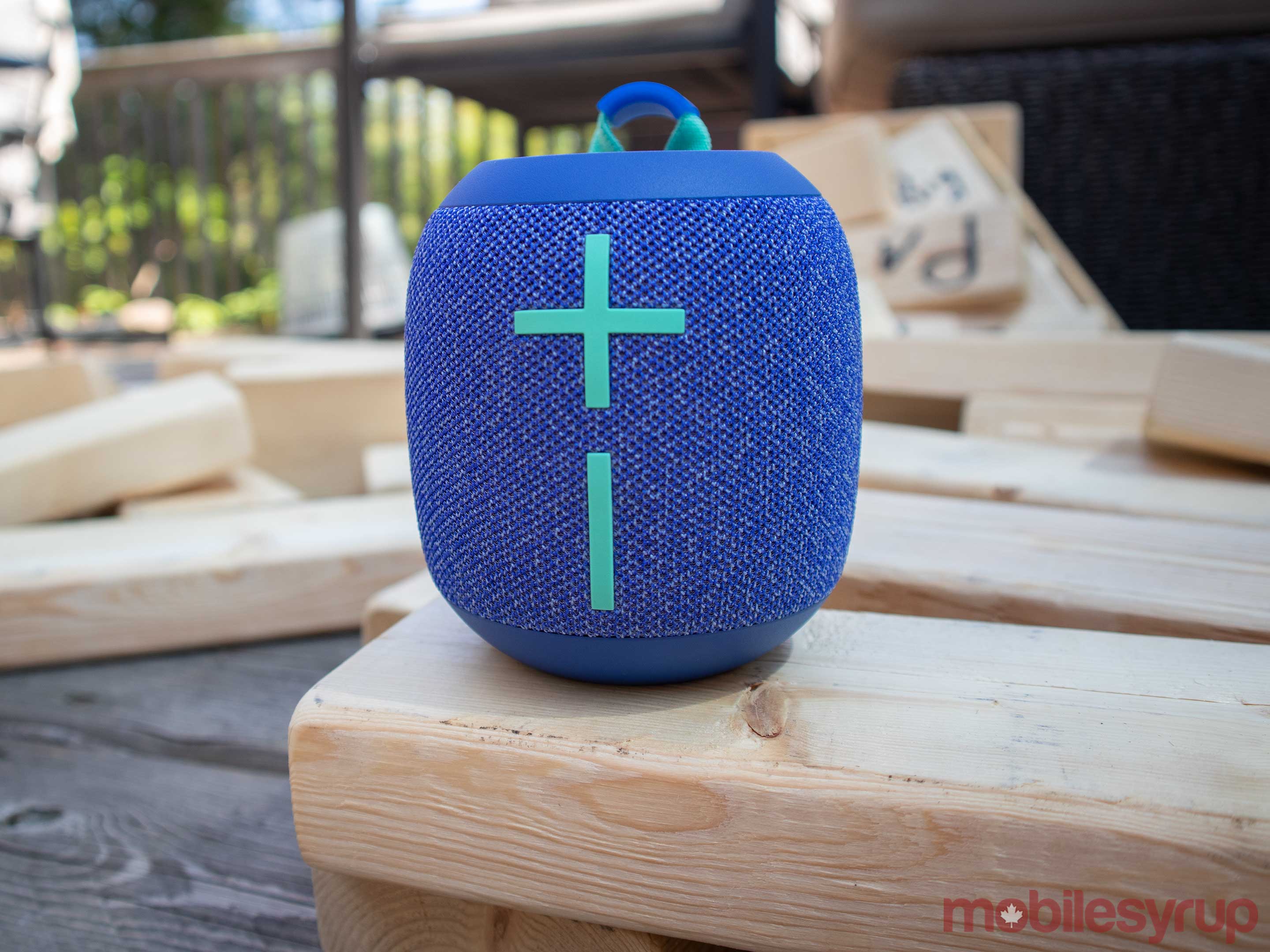 It’s all about the value

While the WonderBoom isn’t going to blow anyone away with its sound quality, it makes up for this shortcoming by being small, waterproof and featuring awesome battery life.

That's not to say that the sound quality is bad, because it’s really fantastic for a speaker of this size -- it’s just not the best out there. For only $100 to $130 depending on where you purchase the WonderBoom 2, I’d say the speaker is as good as it needs to be for the price tag.

"Its compact size, 100 percent passable sound, battery life and waterproofing has made it the perfect speaker for me -- and likely you as well depending on what you're looking for from a portable speaker."