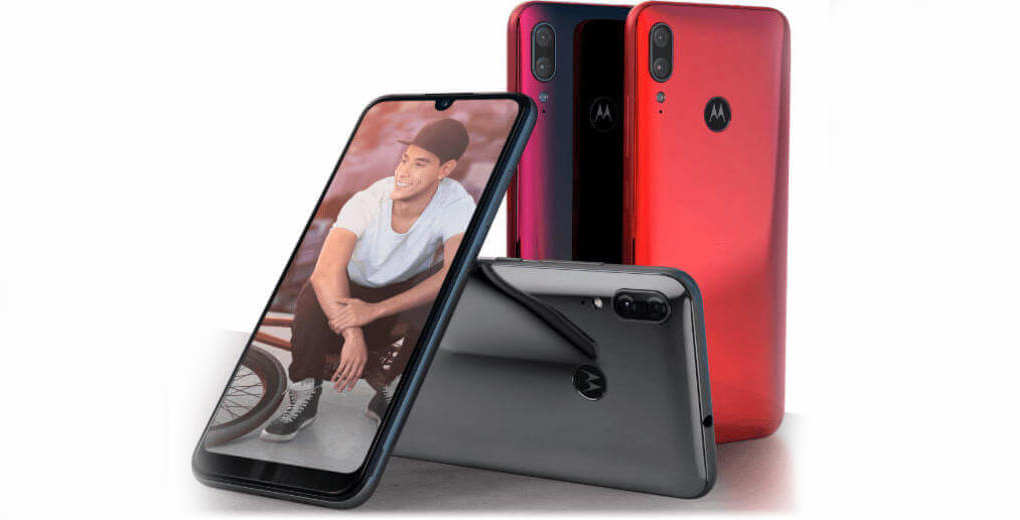 Motorola is about to launch yet another budget phone.

Press images shared by WinFuture reveal the Moto E6 Plus, the company’s next budget device. The phone will reportedly launch before IFA 2019.

The E6 Plus will sport a waterdrop notch at the top of the screen that reportedly features an 8-megapixel selfie camera.

The back features a glossy design and colours vary from grey to red. The E6 Plus will also reportedly feature a dual rear-facing camera setup with one main shooter and the other camera for depth.

Further, it looks like Motorola’s Moto logo on the back doubles as a fingerprint scanner. Additionally, the phone will continue to feature a micro-USB port and a microSD card slot.

WinFuture believes the phone sports a 13-megapixel sensor and a secondary two-megapixel shooter. Additionally, the publication suggests the phone will sport a MediaTek Helio P22 Octa-core-SoC with eight ARM Cortex A53 cores and up to 4GB of RAM and 64GB of storage. Lastly, it looks like the E6 Plus will feature a 4,000mAh battery.

Lenovo, the owners of the Motorola brand, launched the base Moto E6 in July.