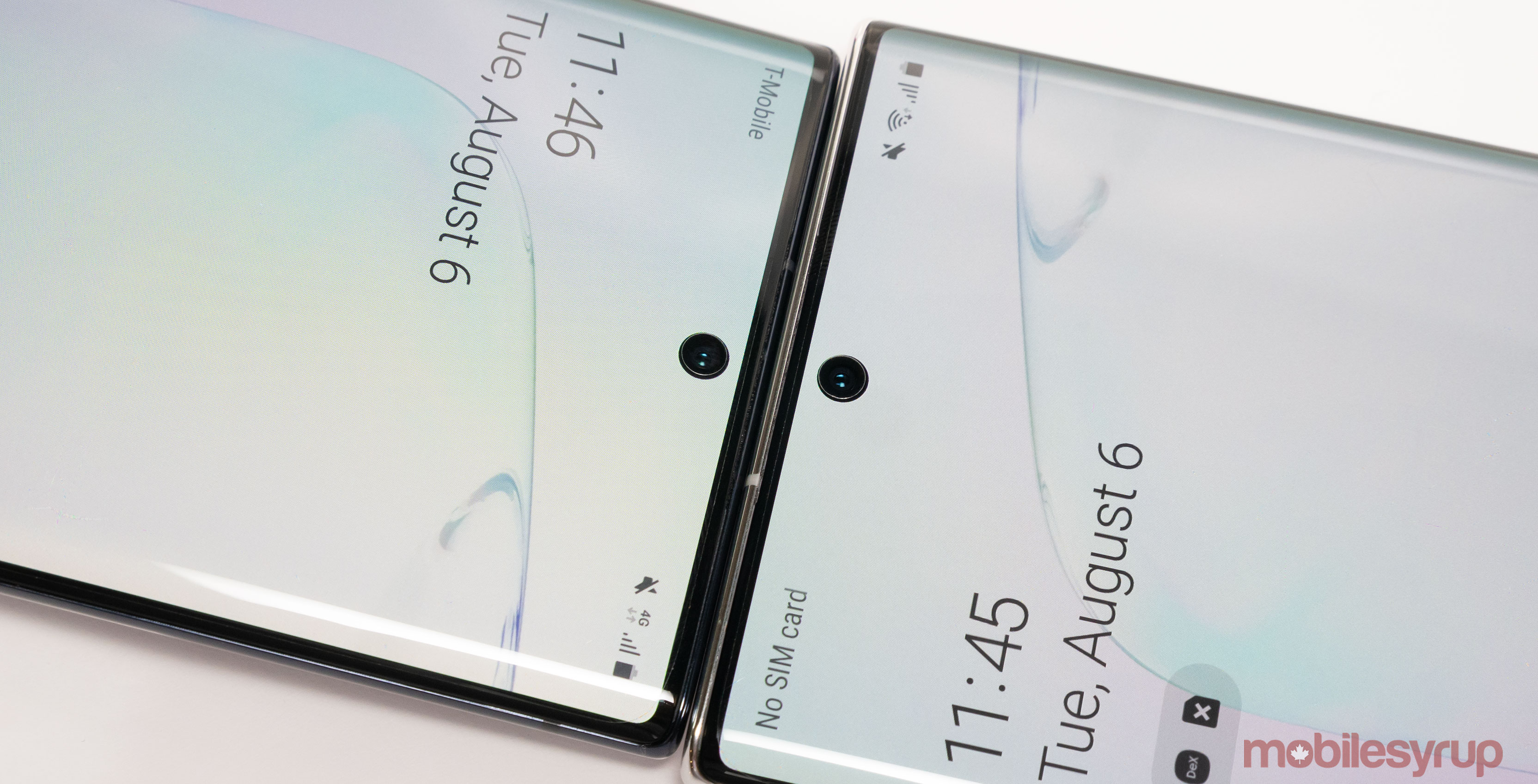 Samsung announced its next biggest flagships, the Galaxy Note 10 and Note 10+, at its Galaxy Unpacked event in New York.

Along with clearing up questions and concerns about the devices, the announcement also means pricing and availability information is finally available, along with the specifications of the new phones.

That said, you should still be able to get the Note 10 on contract if that’s what you want — you’ll need to head to a Best Buy or Samsung store to do it.

Pre-orders will go live in Canada at 4:30pm ET on August 7th and will run until the phones’ release on August 23rd. Canadian pre-orders get a free pair of Galaxy Buds.

Below the spec sheet you’ll find Note 10 and 10+ pricing information for each major Canadian wireless carrier.

The Samsung Galaxy Note 10+ will be available with Videotron starting at $279.95 on a $125 per month plan including 19GB of full-speed data. You can learn more on Videotron’s website.

If you pre-order the phone by August 22nd, the day before it releases, you’ll get a free pair of Galaxy Buds

Telus has priced the Note 10+ at $1,725 outright, but it has cheaper options if you want it on a contract. Through the carrier’s ‘Bring-it-Back’ program you can get the phone for $0 today and then pay it back at a rate of $53.33 per month for two years.

You can also pay either $400 or $800 upfront to get the phone on a two-year contract and pay slightly less per month.

Pre-ordering the phone before the 22nd on a two-year contract will also net you a free pair of Galaxy Buds.

Not to be left out, Rogers has a few deals on the Note 10+ as well, including free Galaxy Buds with pre-orders.

With Edge Financing you can get it for $0 upfront and pay $60.42 per month for two years.

Rogers is selling the phone outright much cheaper than its competitors at $1450.

Freedom is selling the Note 10+ from $0 to $1460. You can set the price you want to pay into Freedom’s price calculator and then it will tell you how much you’ll have to pay for the phone over the next 24 months.

Freedom seems to be the only carrier not offering the free Galaxy Buds for pre-ordering.

Koodo has a similar plan to Telus’ since its outright price is $1,725.

If you pre-order the phone before the 22nd of August you’ll get a free pair of Galaxy Buds as well.

East Coast regional carrier Eastlink is offering a free pair of Galaxy Buds with the purchase of the Galaxy Note10+, which the carrier is selling for $0

We are updating this article with carrier pricing as it comes available.