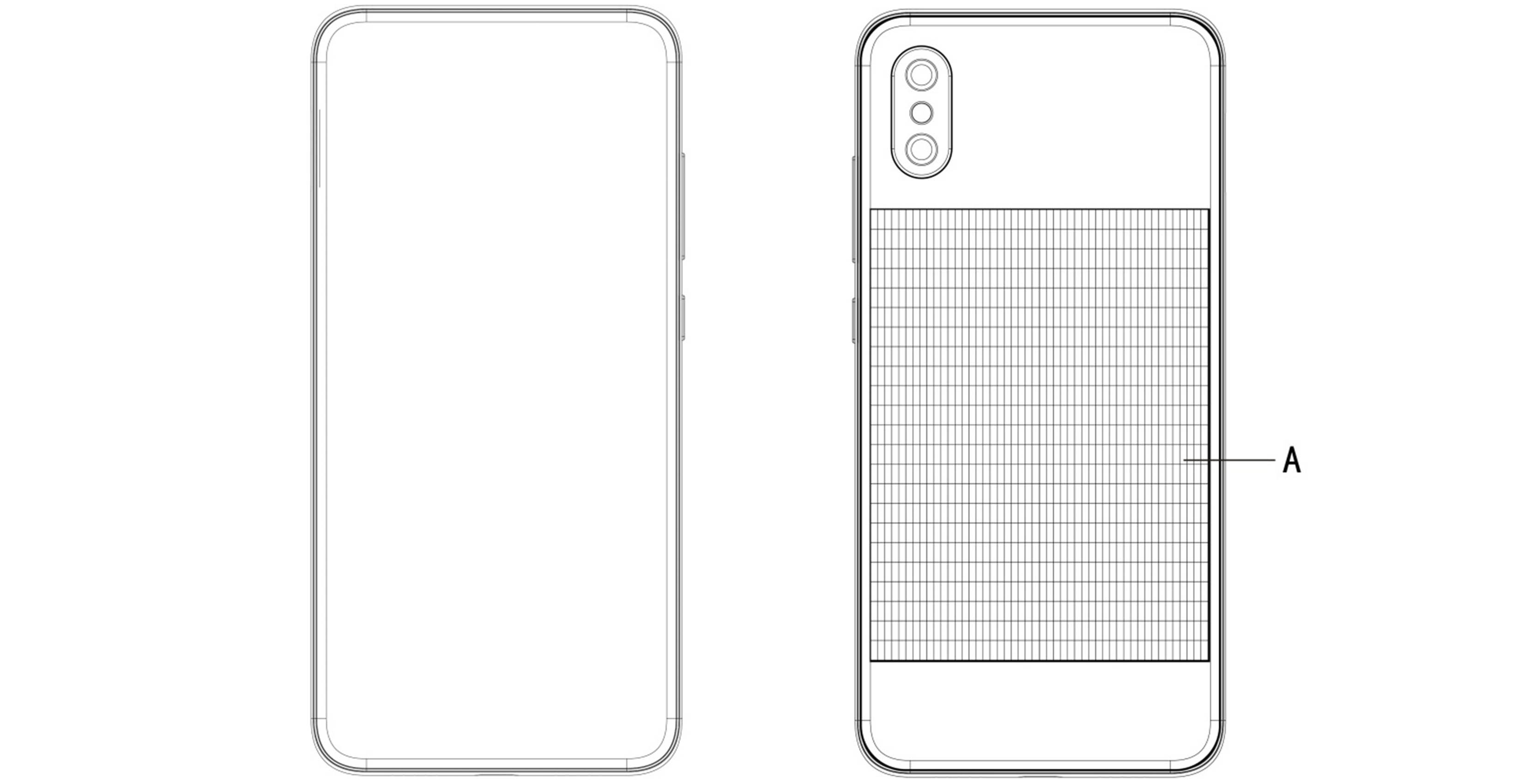 Xiaomi plans to go beyond wired and wireless charging by allowing a smartphone to juice up using the sun.

Dutch blog LetsGoDigital first spotted a design patent filed by Xiaomi that shows images of a bezel-less smartphone that has photovoltaic panels attached to the back.

The photovoltaic panel is positioned below the rear camera and extends towards the bottom of the phone. The panel’s thickness is less than that of the rear camera module, suggesting the new solar addition will not add much bulk to the smartphone.

Since the patent images don’t show a front-facing camera, it’s possible Xiaomi could include an under-display camera as demonstrated by various Chinese manufacturers in June.

Similarly, there is no visible fingerprint scanner in the patent illustration, which suggests that the feature will be embedded under the display.

The patent also shows a dual camera setup with an LED unit in the middle. The volume rocker and power button are positioned on the right side of the smartphone.

The Xiaomi patent was filed with the World Intellectual Property Office in July 2018 but remained undiscovered until now. However, patents like these don’t always become reality. Given the fact that many users are now accustomed to fast charging, solar power remains an impractical idea, at least for now.

Next Apple Watch might be bigger, detect if you have a fever

BMW opts for Android based infotainment