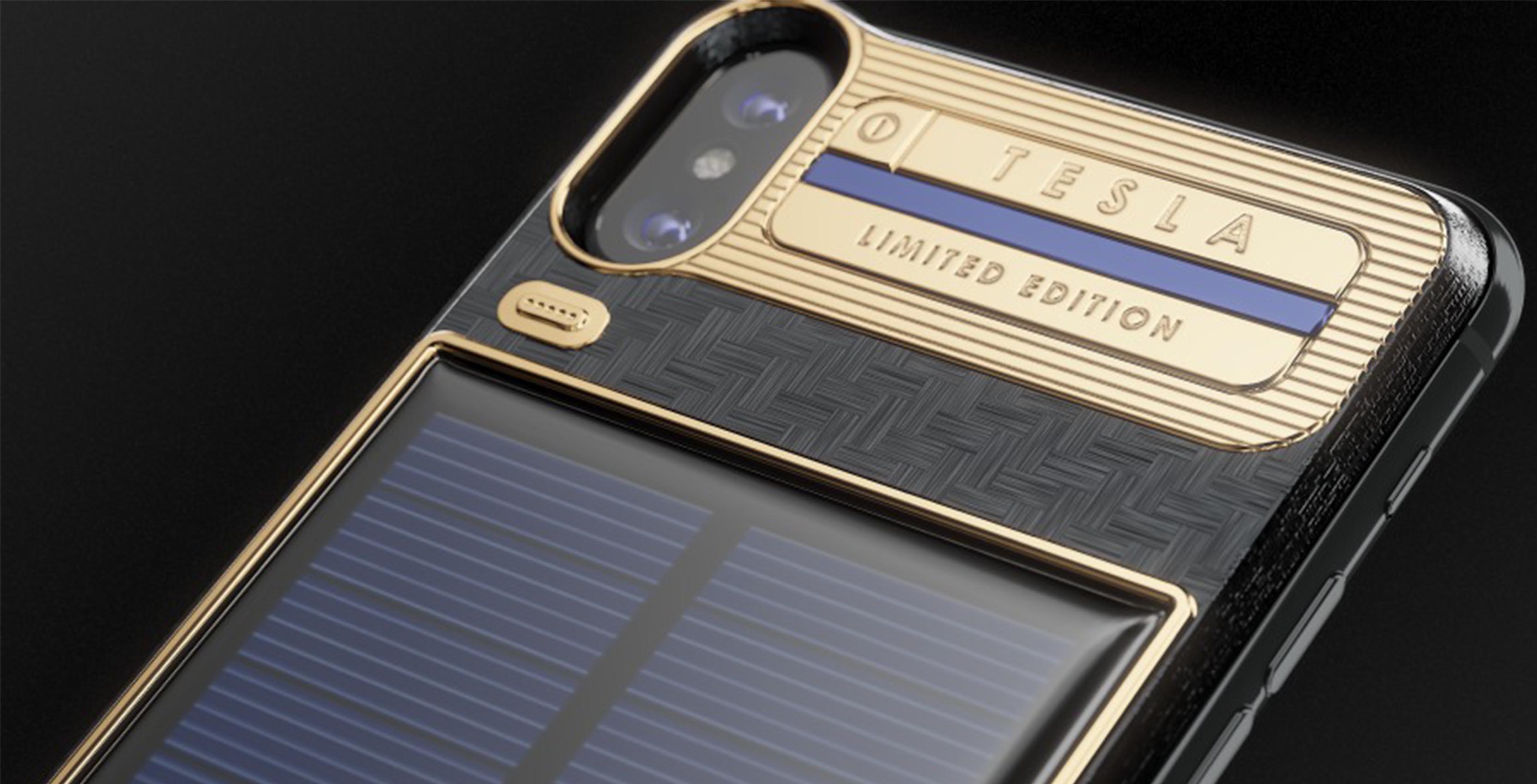 Caviar branded the smartphone the iPhone X ‘Tesla.’ However, the solar functions aren’t built into the phone. The Tesla portion is really just a thick phone case attached directly to the device. The solar panels power a second battery in the Tesla that gives the iPhone some extra juice.

According to Caviar’s website, the case itself features a carbon fibre covering, anodized buttons and a gilded nameplate on the top with a battery charge indicator underneath a ‘composite lazuli’ cover. Caviar also claims the case is IP67 water and dust resistant. 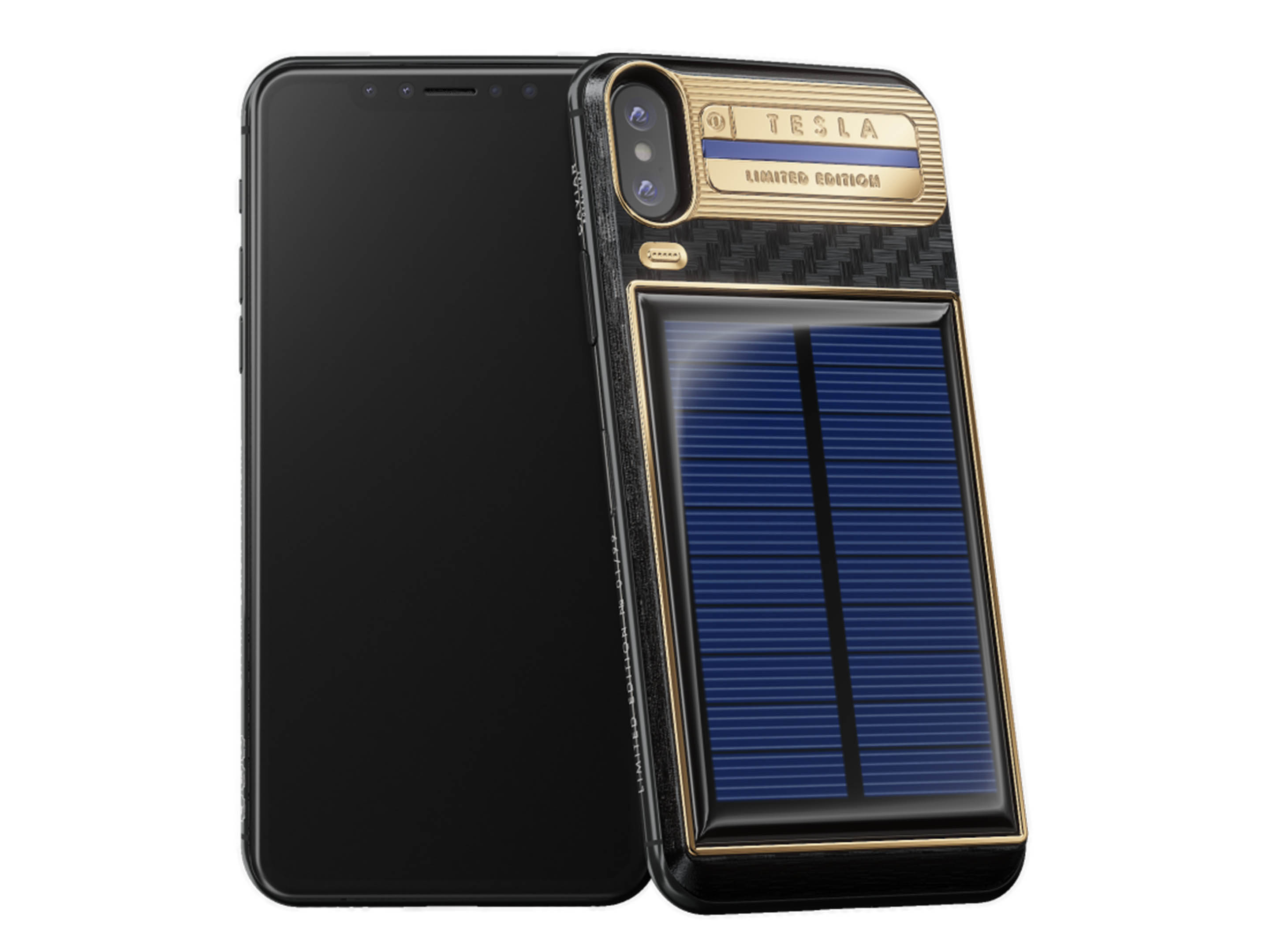 The website advertises that you pay after inspection. Additionally, the transaction is accompanied by a personal consultant, although it isn’t clear what that entails.

On top of all that, the phone comes in a lacquered wood box. The box also includes an authenticity and warranty certificate, USB cable and charger and a stereo set.

According to a report by AppleInsider, Caviar will only make 999 units. Caviar will number each phone in the order it’s produced. The first will be engraved with “Made on Earth by Humans” as a homage to the Tesla car Musk launched into space with Space X. Caviar named the phone in honour of Elon Musk.