One of the best F2P mobile games on the market 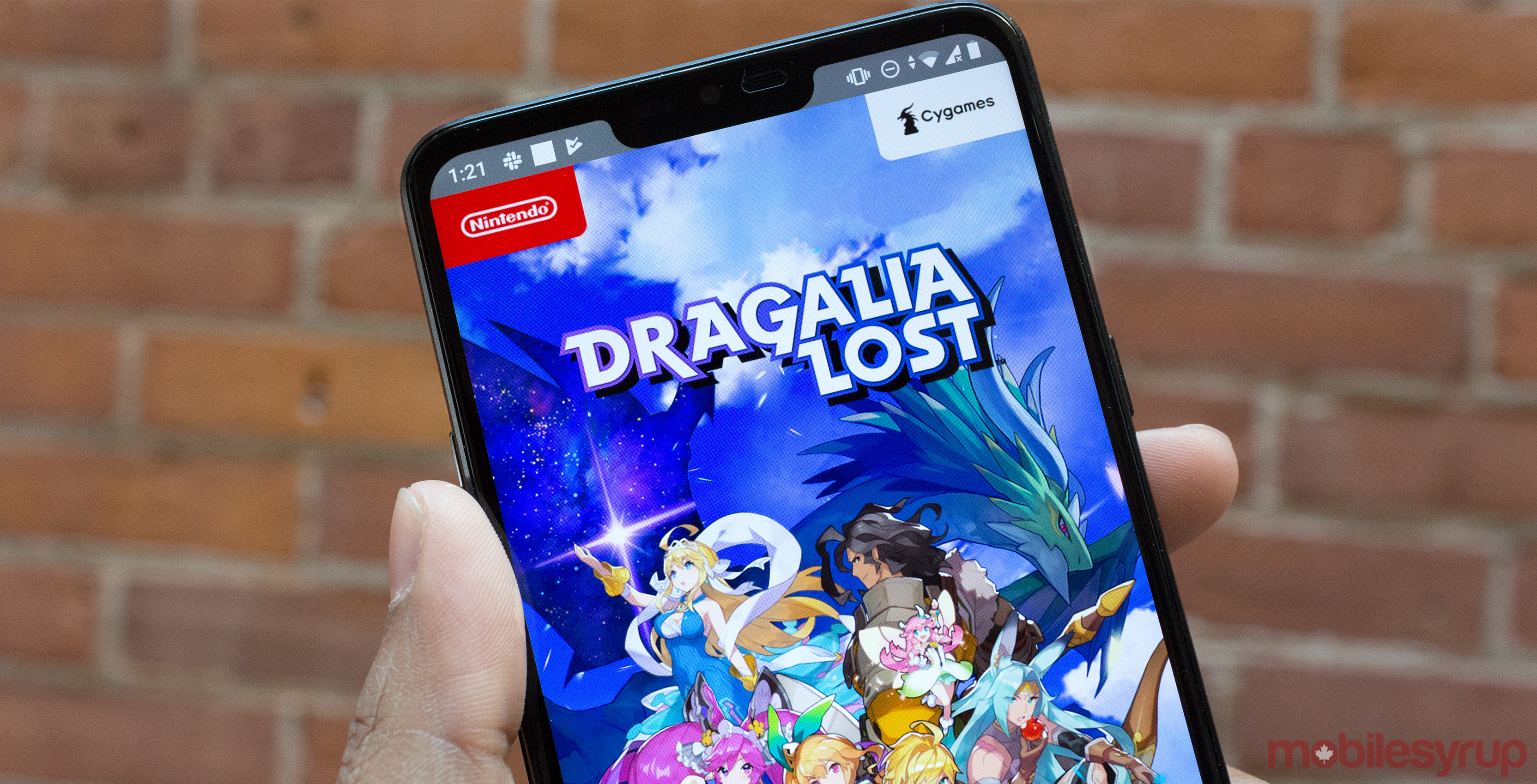 If you’re like me and want more substance to your games, especially in mobile titles, then look no further.

Nintendo’s Dragalia Lost was released in Canada on February 26th, and since then, I’ve been hooked, clocking in around 17 hours.

Nintendo’s newest mobile entry is intriguing as it’s a free-to-play (F2P) mobile game with an actual story. Usually with F2P titles, the game ends up either half-baked, pointless or straight-up terrible.

Dragalia Lost aims to redefine what a mobile game can achieve, not only by creating an interesting (although not original) story but by also offering fun, accessible gameplay.

The premise is quite simple. Your character is tasked with making a pact with a dragon after your kingdom, Albertia, is losing power that needs to be restored.

Joining you in your search is your magic healer sister and her faerie companion named Notte.

As you progress in your journey, you will encounter other members that you can recruit to your party.

Character interactions come from both the story and side-plots, similar to Fire Emblem Awakening‘s support conversations. 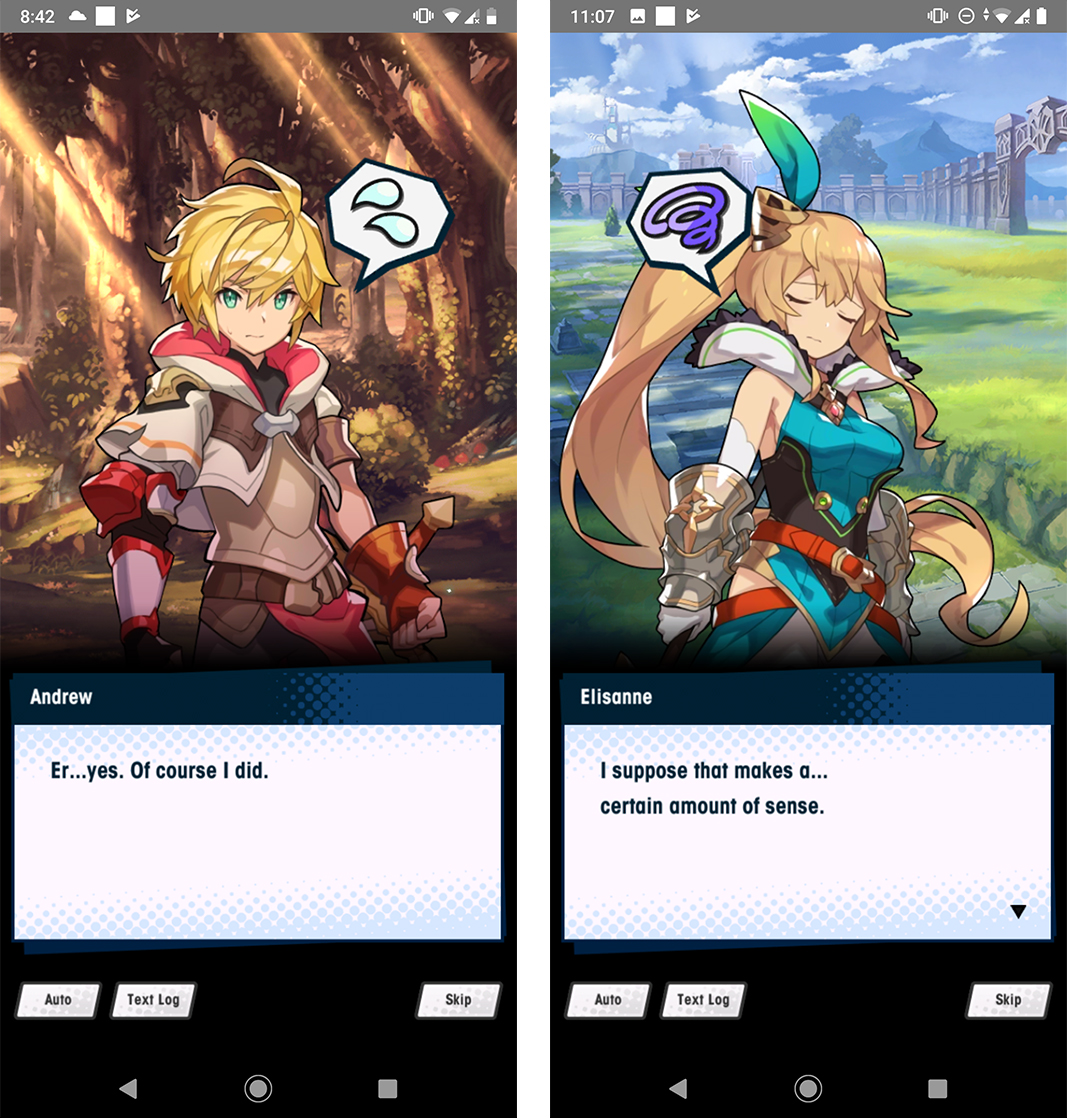 The game is clearly inspired by anime, so if you like those types of stories, this will be right up your alley.

Even if you’re not familiar with the medium, you can still find enjoyment out of it. There are lots of character interactions and great moments in the story that make Dragalia Lost feel more like a world.

This is, bar-none, one of the best stories in a F2P mobile game. I’m surprised by the number of hours I’ve put into this game just because I wanted to see more.

Story beats always progress forward and when one ends, another opens up to reveal a grander plot.

Even the limited time in-game events have stories that pleasantly surprised me. For example, the Waltz with Fate raid event (with the main purpose of making some items more easily obtainable) has you rescuing a dancer who recently escaped after being enslaved.

However, while I can give lots of praise to Dragalia Lost‘s story, it’s gameplay that matters at the end of the day. The two go together like butter on toast.

Dragalia Lost is an action Japanese Role-Playing-Game, which means that you fight enemies like you would in a beat-em-up fighting game, but you have a level up system to make your party grow progressively stronger.

The game operates stage-by-stage, meaning that you move around in a set area for that specific mission rather than an open-world environment. The levels are bite-sized, making it great to pick up and play when you’re traveling.

Touch controls are fluid in terms of movement and combat. You drag your finger across the screen to maneuver your party in the field while tapping to hit enemies. 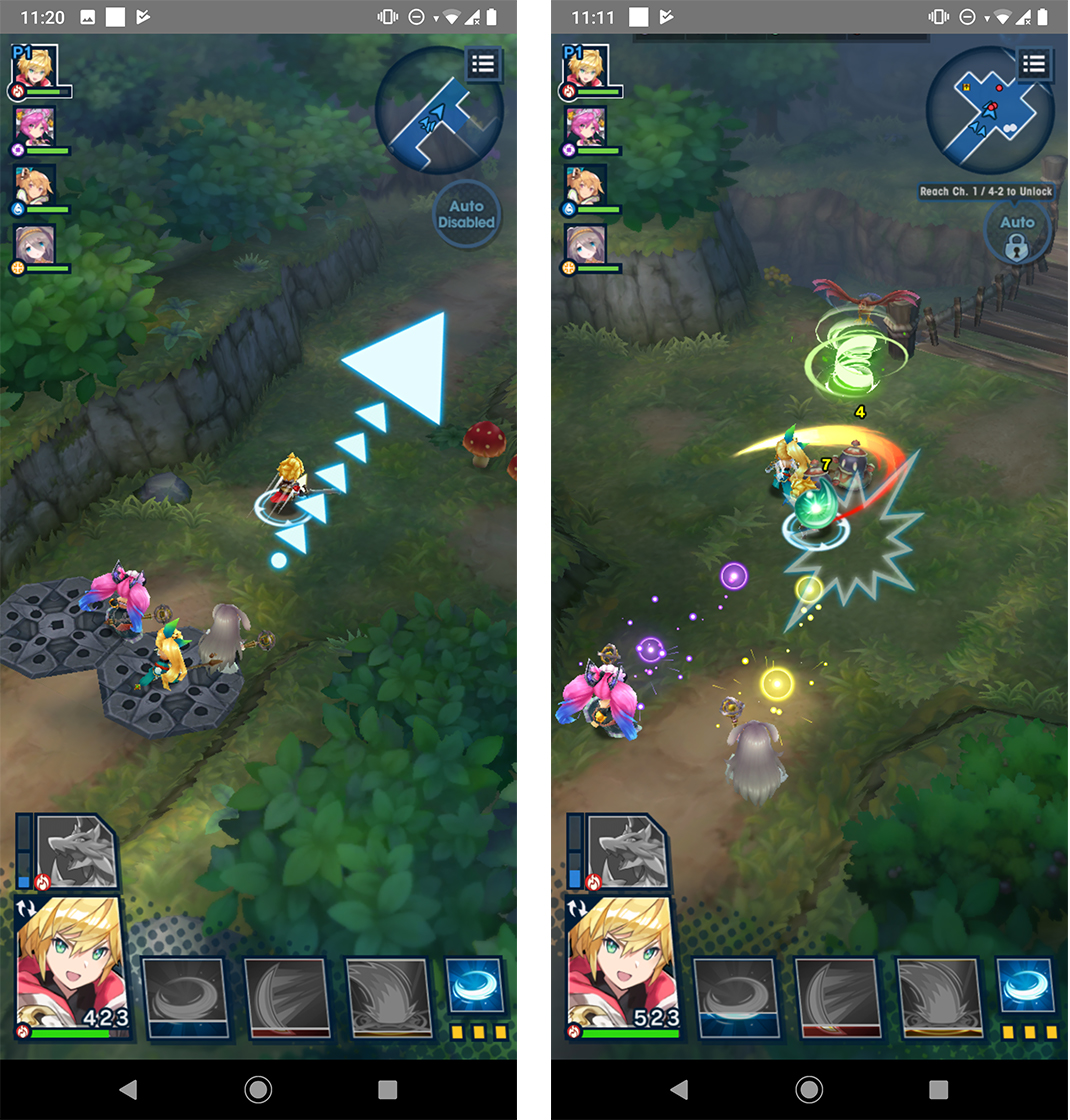 The game also has playable characters that you can swap between in battle, adding another layer of strategy and replayability.

Characters’ special attacks can be activated using a designated button. This also applies to Dragalia Lost‘s main attraction, which is shapeshifting into a dragon.

Dragons are devastating in battle and grant you immunity to attacks. However, you have a timer and a gauge that limits your usage of transformations.

What’s incredible about Dragalia Lost is that it sports a full-fledged RPG system. You can level up your dragons, upgrade your weaponry and even customize your own castle courtyard. 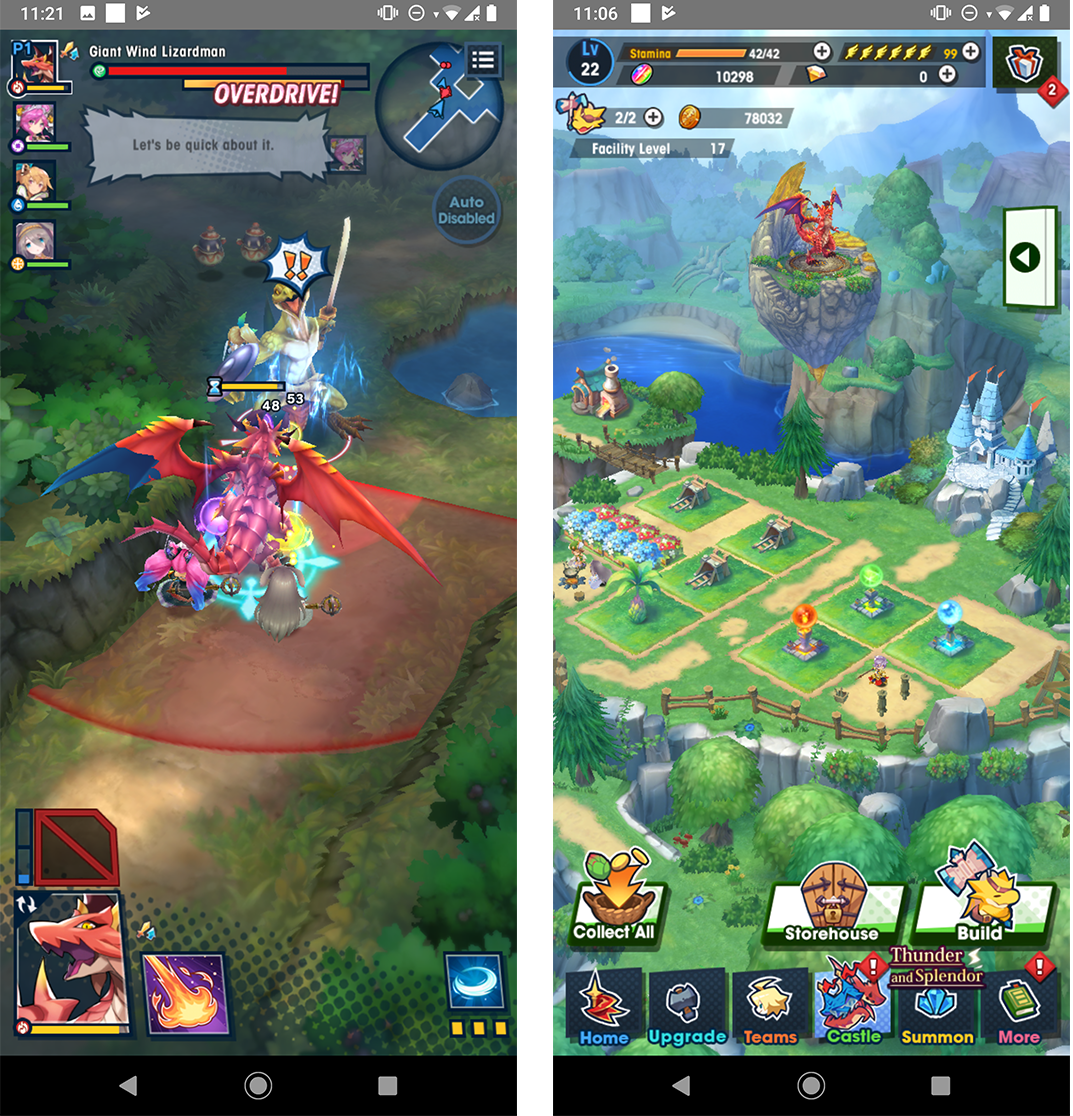 If that’s not enough, this game has a co-op mode, allowing users to join in a four-player lobby to defeat bosses and complete levels.

However, if you somehow get bored of all that, Dragalia Lost has short little comic strips, which are quite funny and serve as mindless entertainment.

Like roses with thorns and literally every F2P game, Dragalia Lost has in-app purchases. However, they’re completely optional, as I was able to clock in a lot of hours without the game trying to swindle me for cash.

Dragalia Lost uses a stamina meter, which refills every time you level up or use a specific item. However, with the rate that you progress, there’s no need to purchase any stamina.

A great feature of the game is that if you level up while you still have a bunch of stamina left, you gain additional stamina on top of your standard amount, making the system feel less intrusive.

If you do feel the need to buy more stamina, you can use the in-game Wyrmite currency, which takes a small dent out of your virtual wallet.

When you factor in the amount of Wyrmite you get from a single playthrough, though, throwing coins at the screen is a non-issue.

There are a couple of issues with the game.

For starters, while there are playable characters, magic users specifically, have pretty minimalist combat. Along with that, levels are a bit too-short, offering no secret paths or extra rewards you can’t get normally.

Overall, Dragalia Lost reaches a peak that no other mobile game I’ve played has done thus far. It has a great story, fun gameplay, and a mesmerizing amount of content.

The game is available for both iOS and Android.