PIAC's John Lawford says it's important to note that CRTC was directed to make a report, not release a decision 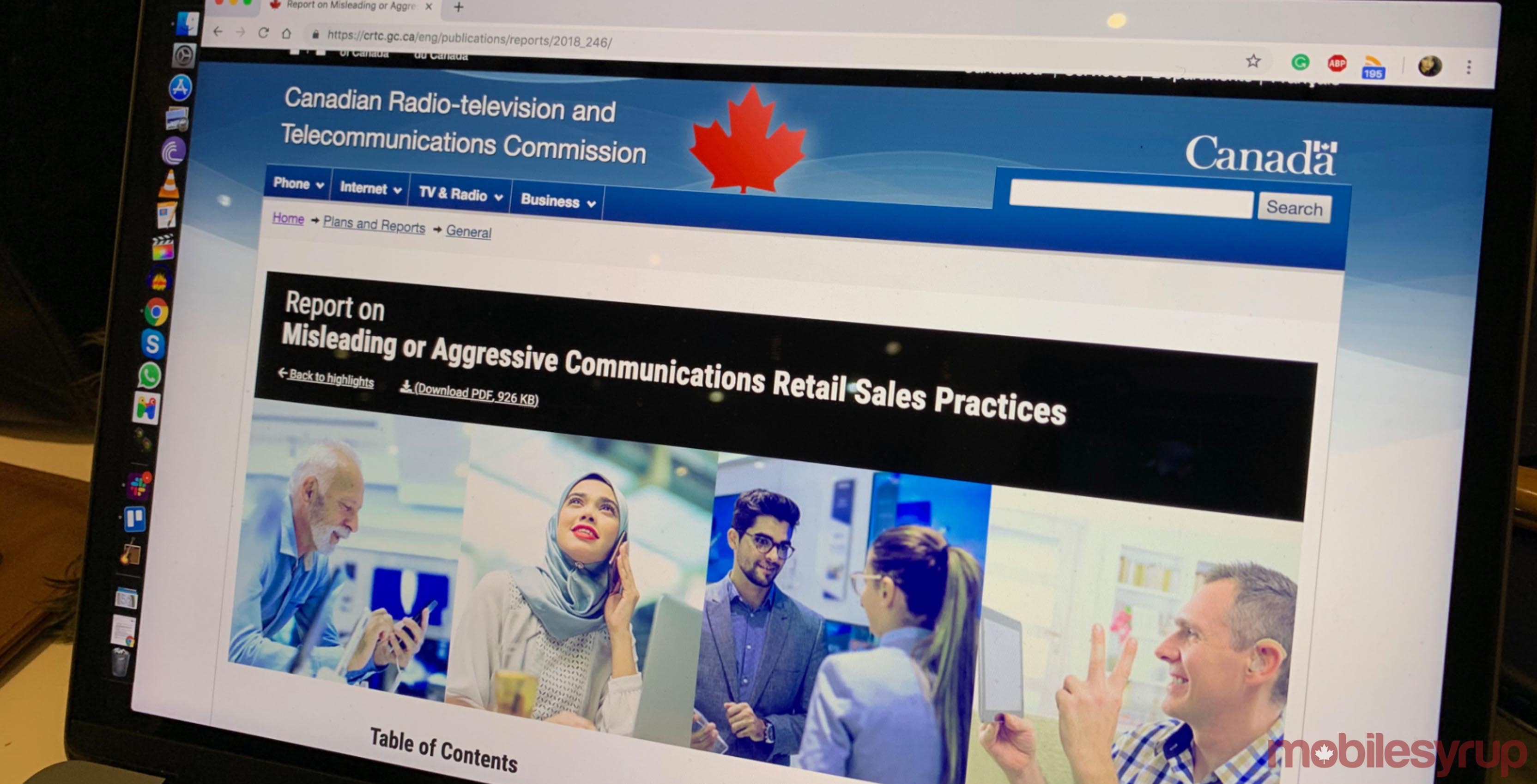 Advocates are applauding the Canadian Radio-television and Telecommunications Commission’s (CRTC) recent report on unsavoury and misleading telecom sales practices but say they’re disappointed with the rhetoric and a lack of forceful action.

The CRTC released the report on February 20th, a few months after it held a hearing in October 2018 that looked at 2,300 interventions from carriers, consumers, industry leaders and professionals. The CRTC said it also took information from an Ipsos Public Affairs polling that surveyed 8,000 Canadians.

Dwayne Winseck, director of the Canadian Media Concentration Research Project, said there’s merit in the report, especially that the CRTC acknowledged there is a serious problem in the industry, but the language in the report doesn’t present any sense of urgency or action.

“‘The CRTC is taking action,’ ‘It is considering the creation of,’ all this language really just equivocates and gives the appearance of action when there’s not a whole heck of a lot forthcoming,” Winseck said in a phone interview.

He added that the language “minimizes the scope of the problem.”

Winseck, who is also a Carleton University professor, explained that it was positive that the CRTC acknowledged misleading sales practices happen most in vulnerable communities that include the elderly, immigrants and persons with disabilities, but that in itself shows the CRTC is limiting the scope of the problem.

“That suggests that it’s kind of a problem for a few people, it marginalizes it as opposed to a core defining feature of the landscape,” he said.

In short, “this is regulation by a limply raised eyebrow, as opposed to real regulation with teeth,” said Winseck.

He added that he wasn’t expecting much to come out of this report mainly because the federal government’s directive forced the CRTC into conducting an investigation.

“So the fact that it has no substantive regulatory remedies to any of the problems…is indicative of the CRTC’s reluctance to this whole thing,” he said.

It is important to note that Industry, Science and Economic Development (ISED) had directed the CRTC to launch investigations into these allegations of high-pressure sales practices in June 2018 after the CBC published an investigative report on the subject in January 2018.

“I thank the CRTC for its work and the range of actions being considered to respond to these issues. We will review the report’s recommendations, and look forward to concrete solutions being put in place. We are committed to taking action to address this issue,” he said.

CRTC’s use of the word ‘considering’ shows ‘lack of clarity’

Open Media executive director Laura Tribe was also not expecting much from the report but said that expectation in itself was a disappointment.

“I was hoping for more. I think it’s not surprising to see the CRTC acknowledge that there are a lot of issues with misleading sales tactics…and at the end of the day there is still no commitment to what is going to happen next,” she said during a phone interview.

Tribe said the frustration stems from the fact that the CRTC, Innovation, Science and Economic Development (ISED) department, and the Commission for Complaints for Telecom-Television Services (CCTS) all believe there is a problem, but no one was doing anything about it.

“No one is actually saying ‘So here’s what we are going to do about it,’ and it kind of feels like they’re playing a game of hot potato of who is going to do something first,” she said.

Tribe took issue with the lack of clarity in the CRTC’s use of the word “consider” in the report.

CRTC wasn’t directed to put out actions, only a report

John Lawford, executive director of the Public Interest Advocacy Centre (PIAC), said that people should remember that the CRTC was only expected to release a report after being handed that directive.

Lawford said it was “not appropriate” for the CRTC to issue something that was more than just a report because they weren’t asked to do that.

After reading through the report, Lawford said it was very positive and that it was a vindication of people’s views that they have real problems with telecom sales’ practices.

“That’s gratifying because people are told now that they’re not crazy and that they are having trouble and it’s not their fault. It’s not that they don’t know how to buy stuff in the telecom market, it’s that there are deliberate or negligent efforts by the companies to mislead them,” he said during a phone interview.

Lawford, who’s been with PIAC since 2003, said this was a big deal because he could count the number of times the CRTC has acknowledged consumers’ concerns on both hands.

“At the risk of sounding like, sort of, being in this game too long, I’d say that maybe some other advocates are being a little too harsh and don’t fully appreciate how hard it is to get a regulator or anyone in the government to say out loud that consumers are right. It’s almost impossible,” Lawford said.

He agreed that there were some issues with what the report said, but overall this report was “actually useful.”

Michael Geist, Canada Research Chair in internet and e-commerce law at the University of Ottawa, said in an email that the report confirms the “persistent consumer concerns for many years,” but leave the reader with questions that the CRTC didn’t answer.

“What took the Commission so long to address the issue? Why did the Commission reject previous requests to investigate and only acted when ordered to do so by the government?” Geist questioned in an email to MobileSyrup.

Geist notes that the CRTC says it is “considering” solutions, but doesn’t present any actionable solutions.

“What will [it] actually do and what timelines is it prepared to establish?” Geist asked.

In response to the report, Rogers said it was “committed to being clear, simple and fair with our customers in every interaction.”

“We look forward to working with the Commission to reinforce our customer-first approach,” Rogers’ spokesperson Sarah Schmidt said in an email.

MobileSyrup has reached out to Bell and Telus for comments and will update the article with more information.