Omron's Forpheus can probably beat you at ping pong

It’s hard not to be impressed by Omron’s Forpheus ping pong playing robot.

The giant robot measures in at close to roughly 304cm (10ft) and also looks rather wide. As a result, it’s unlikely that Forpheus will find its way into many people’s basements.

Still, Omron is billing the robot as a ‘table tennis tutor’ designed to rally against a human opponent in order for them to improve their ping pong game.

Omron was scarce on details, but the massive robot utilizes a combination of AI and various cameras to track the ping pong ball to hit it back to its opponent.

Calculations regarding how the ball needs to be hit are made within milliseconds between each return, says Omron. The company also claims that Forpheus predicts the location of its opponent to improve the direction of its swing. 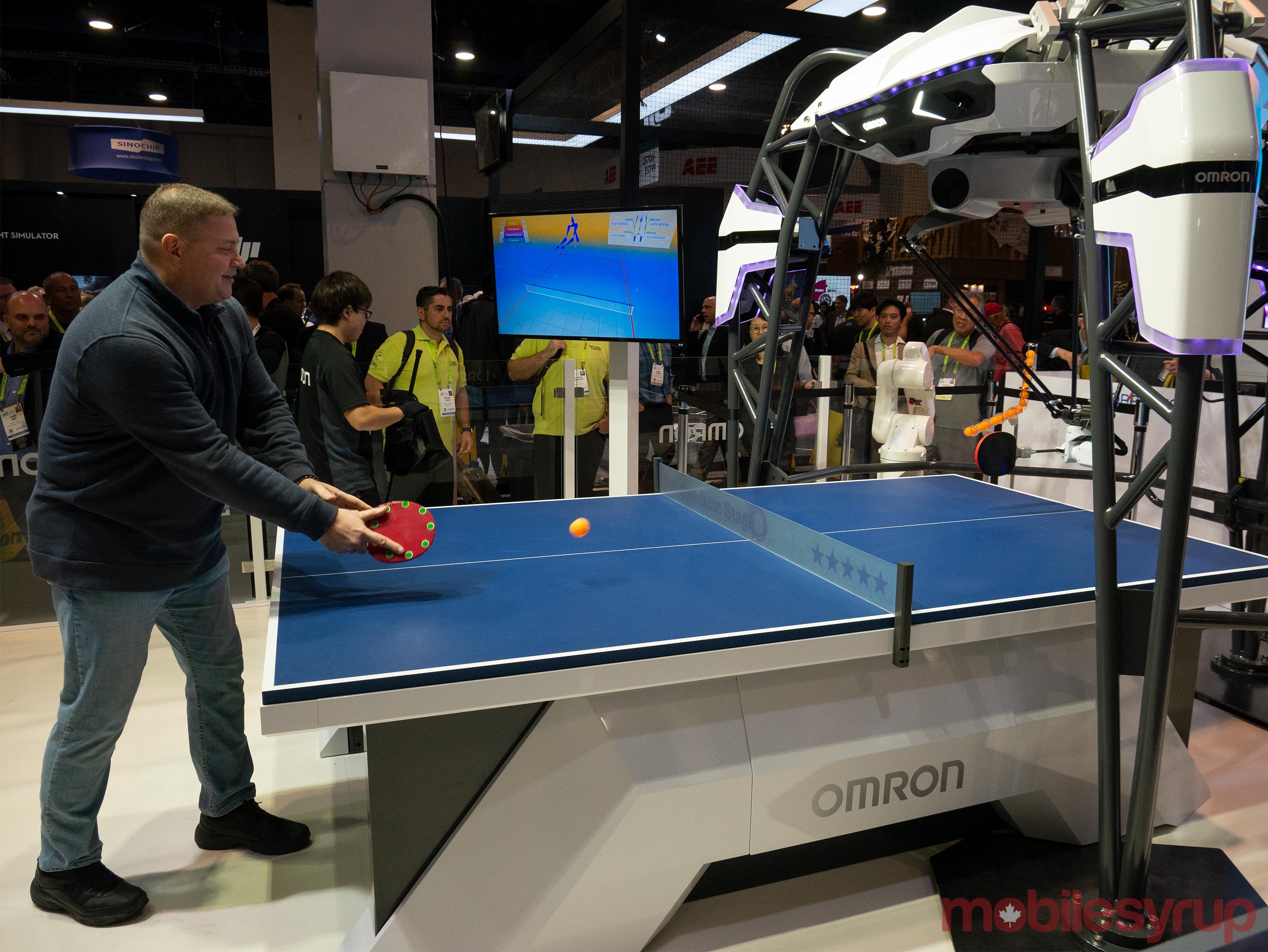 This means that the Forpheus takes things into account ball direction, speed and of course, even ball spin.

I watched a demo of the Forpheus in action and the device seemed to perform pretty well. At one point, the company was even allowing people from the crowd to test their skills against the formidable ping pong robot.

It’s unclear if Omron has plans to release the Forpheus publicly or how much the device will cost. Omron is a Japan-based manufacturer of factory automation systems.