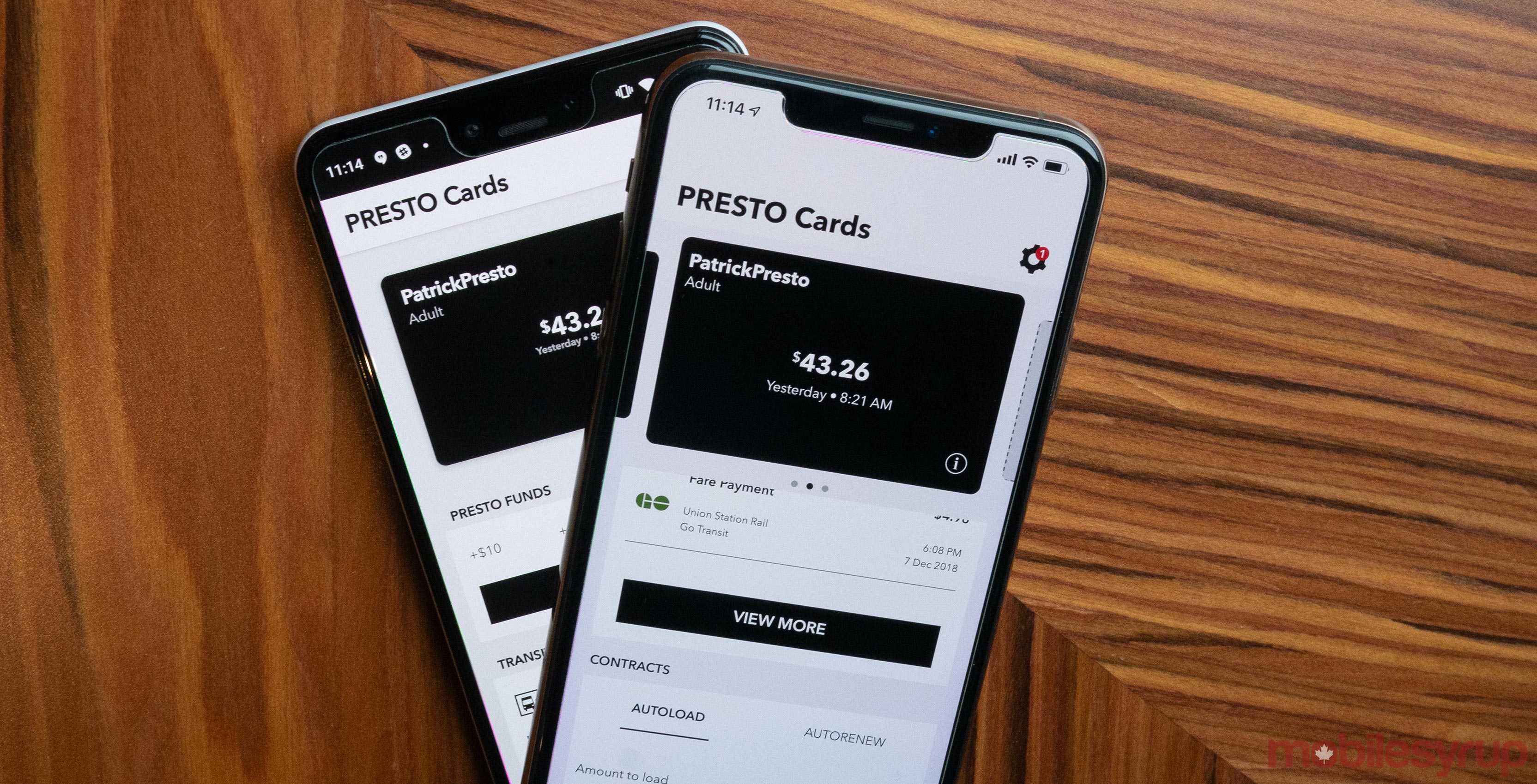 The app is designed for Presto card users in the greater Toronto area, as well as Hamilton and Ottawa, Ontario. It allows users to quickly view, manage and load their transit card on the go directly from their smartphone.

For Metrolinx’s new Presto app to work, you first need to log in with either your pre-created Presto account or link your account to the app through the card’s serial number.

The first page of the app displays how much money you have on your Presto card, as well as recent transactions. Scrolling to the bottom of this menu reveals ‘Autoload’ and ‘Autorenew’ settings. Regarding adding funds to the app, money can be loaded in increments of $10, $20, $50 or a custom amount. 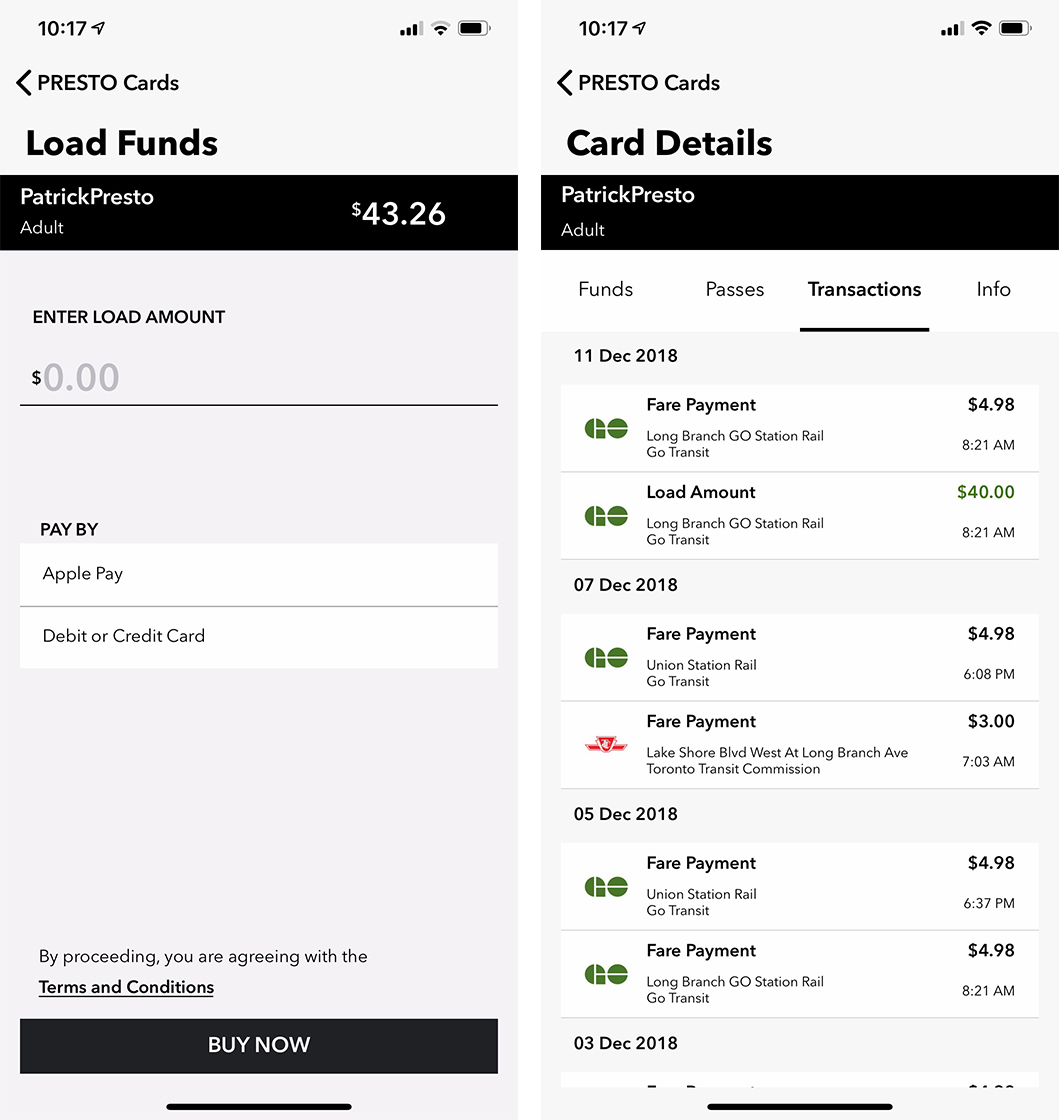 Though there are subtle differences between the user interface featured in the Android and iOS version of Metrolinx’s new app, the functionality is nearly identical across both platforms.

Further, the Android version of the app disappointingly doesn’t feature the ability to instantly pay by swiping the phone near a Presto machine, though Metrolinx says that functionality is still coming in future versions.

Given how tightly guarded Apple is with the iPhone’s NFC functionality, it remains unclear if the ability to validate a transit trip at a Presto kiosk will ever come to the tech giant’s smartphone.

“We are still pursuing options for customers to tap onto transit using their phones and we will share more details when they’re available,” reads a statement from Metrolinx regarding the Android version of the app’s NFC functionality.

That said, via the new Android app it is possible to load funds and passes instantly to a Presto account by holding the card to the rear of your phone. Similar to making changes to your Presto card via desktop, it takes between four and 24 hours for changes made through the new iOS app to be pushed through.

The final version of Metrolinx’s new Presto app is set to soon be available on iOS and Android. The app will initially be released to 10,000 iPhone and 10,000 Android users through a limited beta test. You can sign up for the beta test through either the iOS App Store or the Google Play Store.

“The beta launch will be available to a limited group of users to get feedback on their experience before the official version is released,” says Metrolinx.