Smart Compose for Gmail coming to all users later this month 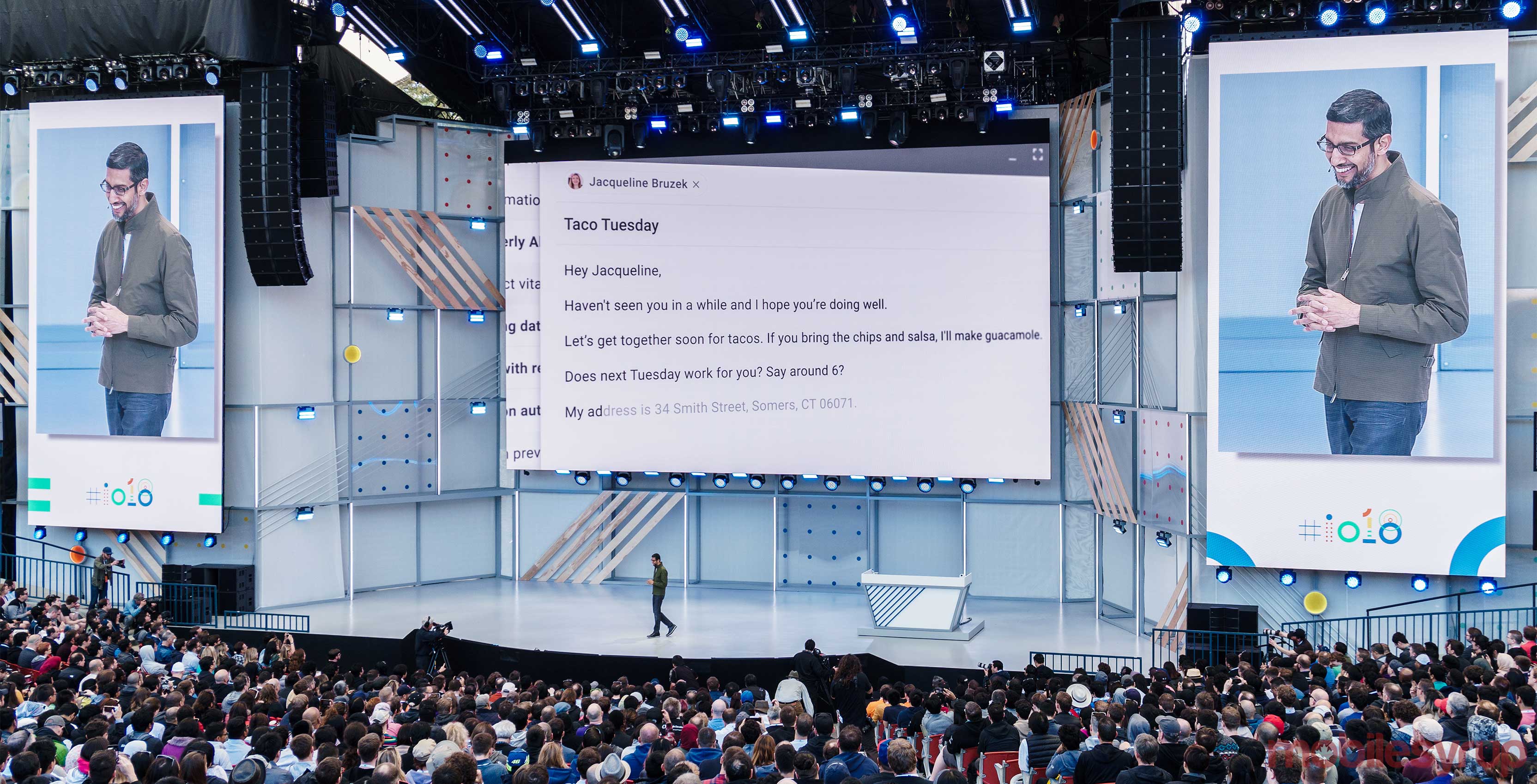 Dubbed ‘Smart Compose,’ the feature utilizes artificial intelligence to intuitively figure out what a user wants to say in an email.

Google’s CEO Sundar Pichai used an example of someone sending a message about taco Tuesday to show off the Smart Compose feature.