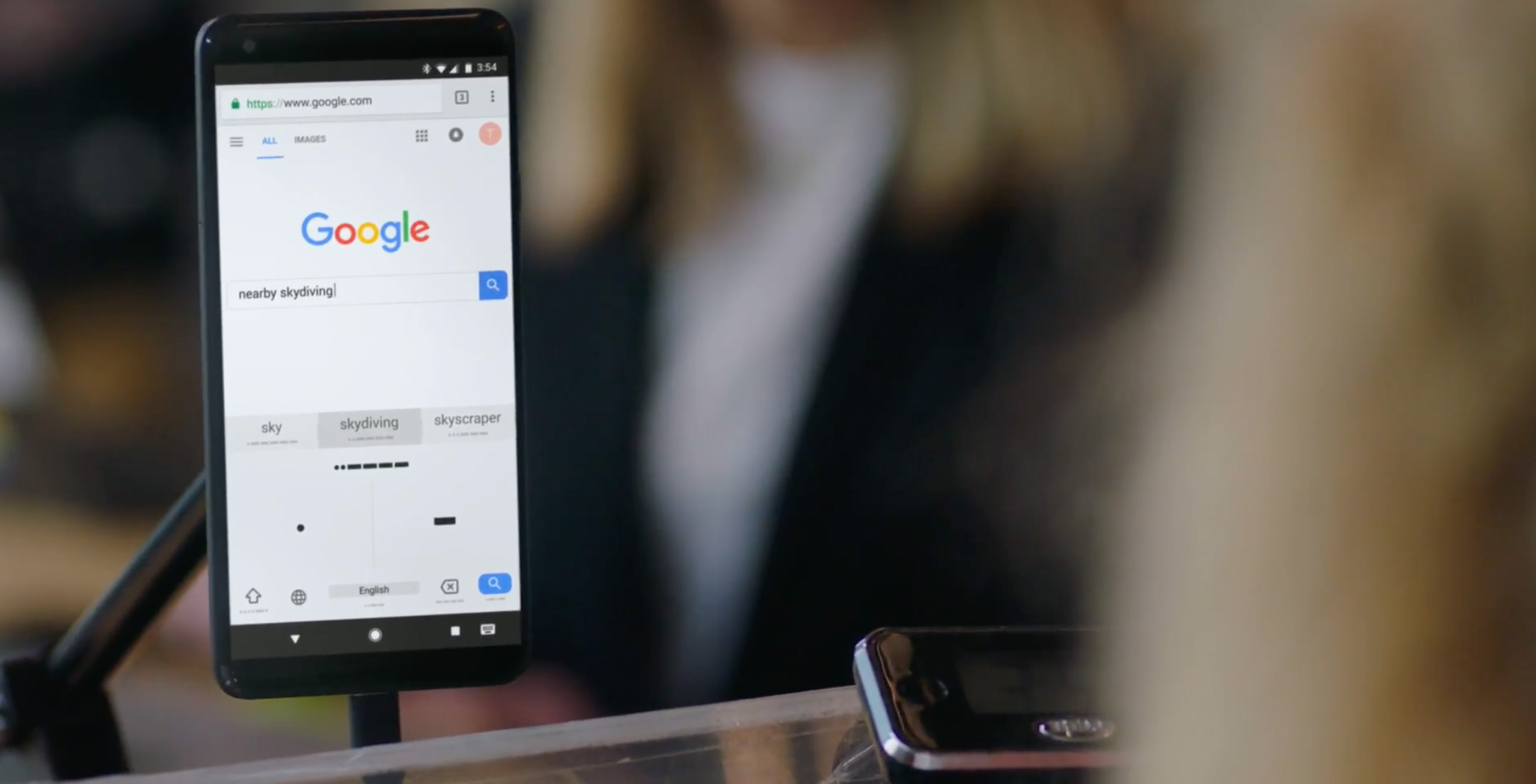 In a moving video shown at today’s Google I/O developer conference, Google showed how one user employs switches mounted near her head on a wheelchair to communicate via Morse code.

Along with the video, Google announced that Morse code support for Gboard is launching in beta today, allowing more users with specific accessibility needs to effectively communicate through the use of mobile technology.

With Morse code and machine learning working together to support assistive text entry, we've added a new and accessible way to input communication on your @Android phone with the Morse code keyboard—now available in #Gboard beta. #io18 pic.twitter.com/P0HcTeFcyC

Much like Microsoft’s 2018 Build keynote, Google is putting emphasis on accessible technology during its developer conference, which pairs well with the company’s push towards more artificial intelligence-based tech.

To set up the Morse keyboard, users need to take the following steps:

For more detailed instructions on use and how to connect an external switch, click here.