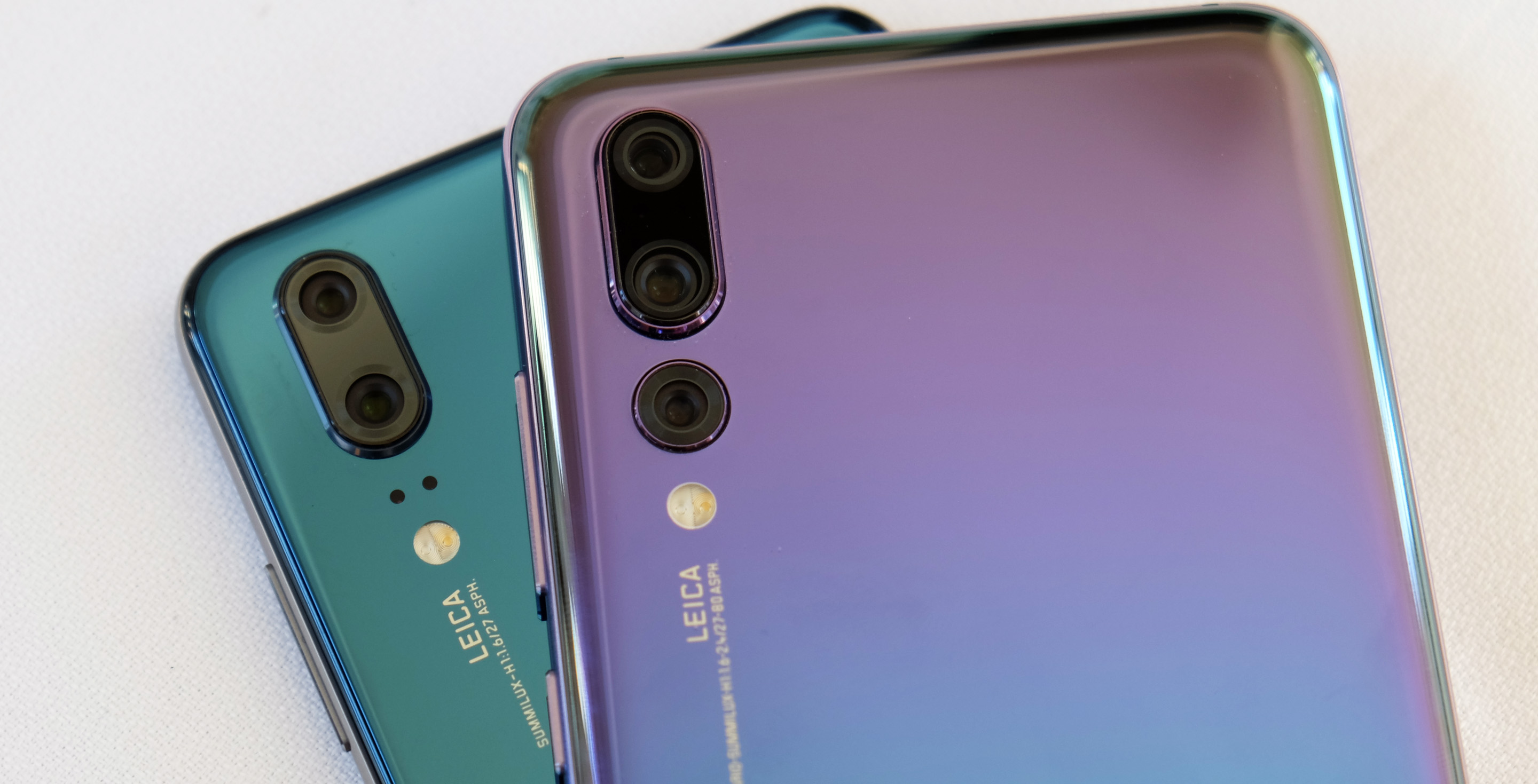 “See more light. See more art. See more intelligence.” This is Huawei’s mantra in establishing the new P20 and P20 Pro as an elite smartphone camera to be reckoned with.

The company says its P20 has the most advanced camera system with the most intelligent camera experience. That’s bold language, but it does come with at least some foundational evidence. 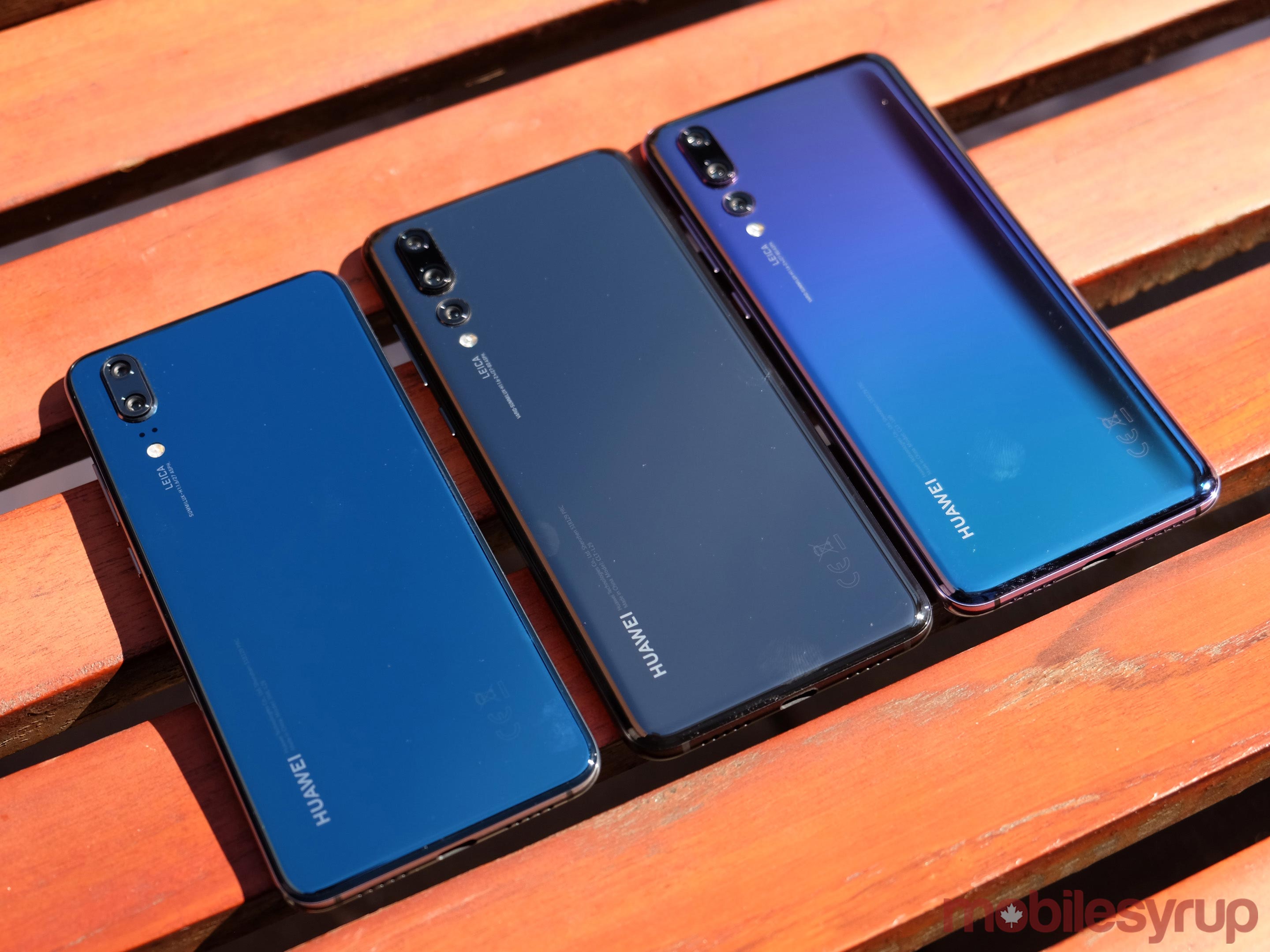 Last year’s P10 and P10 Plus were pleasant surprises, capable of capturing excellent images, with unique features that weren’t available elsewhere. The visual results were clear indications the company was ready to stake its claim among the best in the business.

Checking out both devices in person in New York, I got a sense of whether there’s more than just rhetoric behind them. For more on the other aspects of both devices, MobileSyrup’s Dean Daley has the scoop from Paris.

Three is better than two 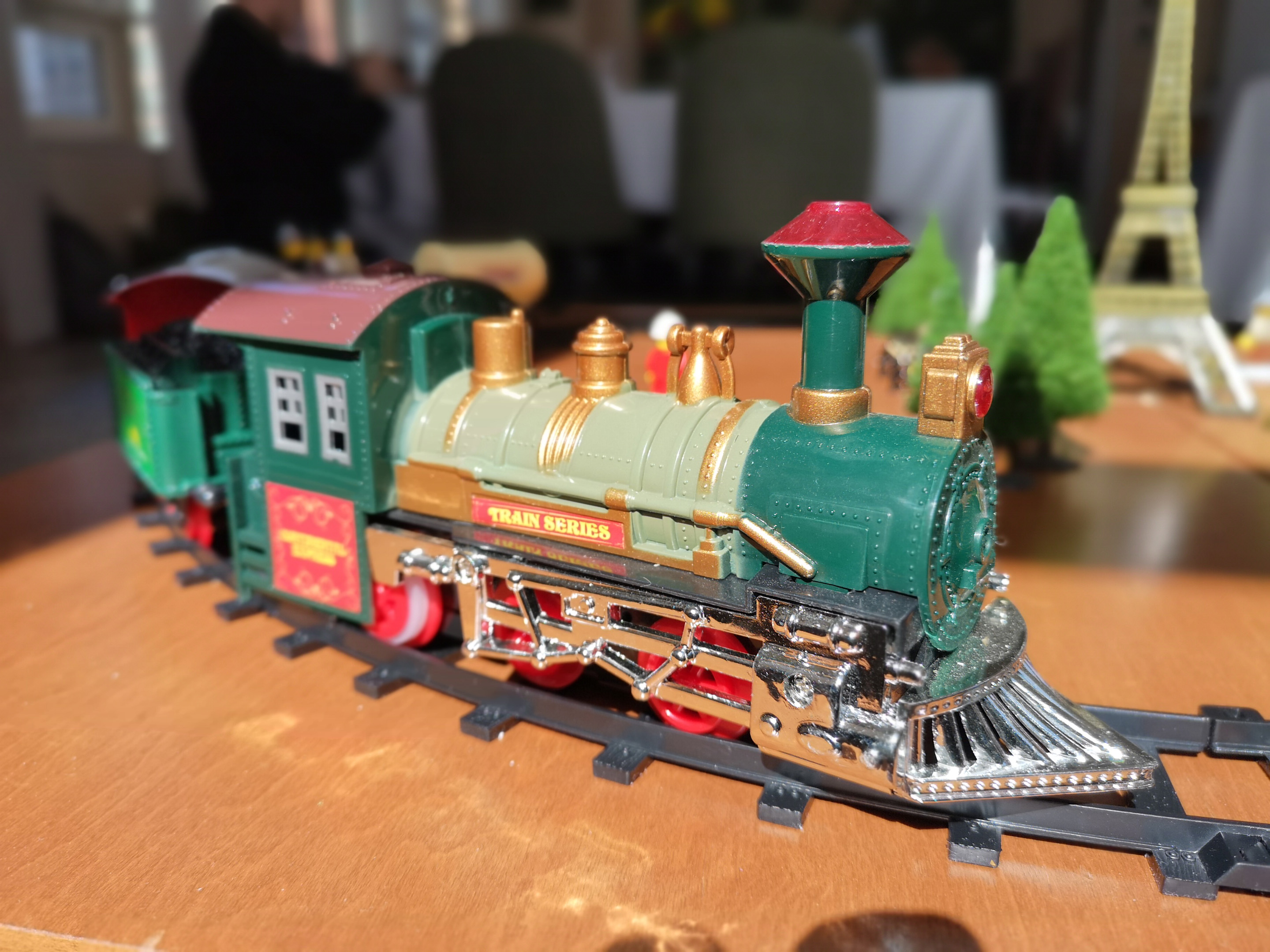 In recent years, smartphone makers have tried to squeeze as many lenses as they can into a device. I can understand the temptation to do so, especially for Android-based vendors like Huawei. Apple has the benefit of a huge aftermarket that serves the iPhone’s cameras that includes lens attachments. Even Samsung can count on some support. But Huawei? No such thing.

And so, it put three into the P20 Pro. There are a combined 68-megapixels between them — a 40-megapixel regular RGB, 20-megapixel monochrome and 8-megapixel telephoto with 3x optical zoom. The Leica partnership continues, so the lenses are supposed to be made by the legendary brand. 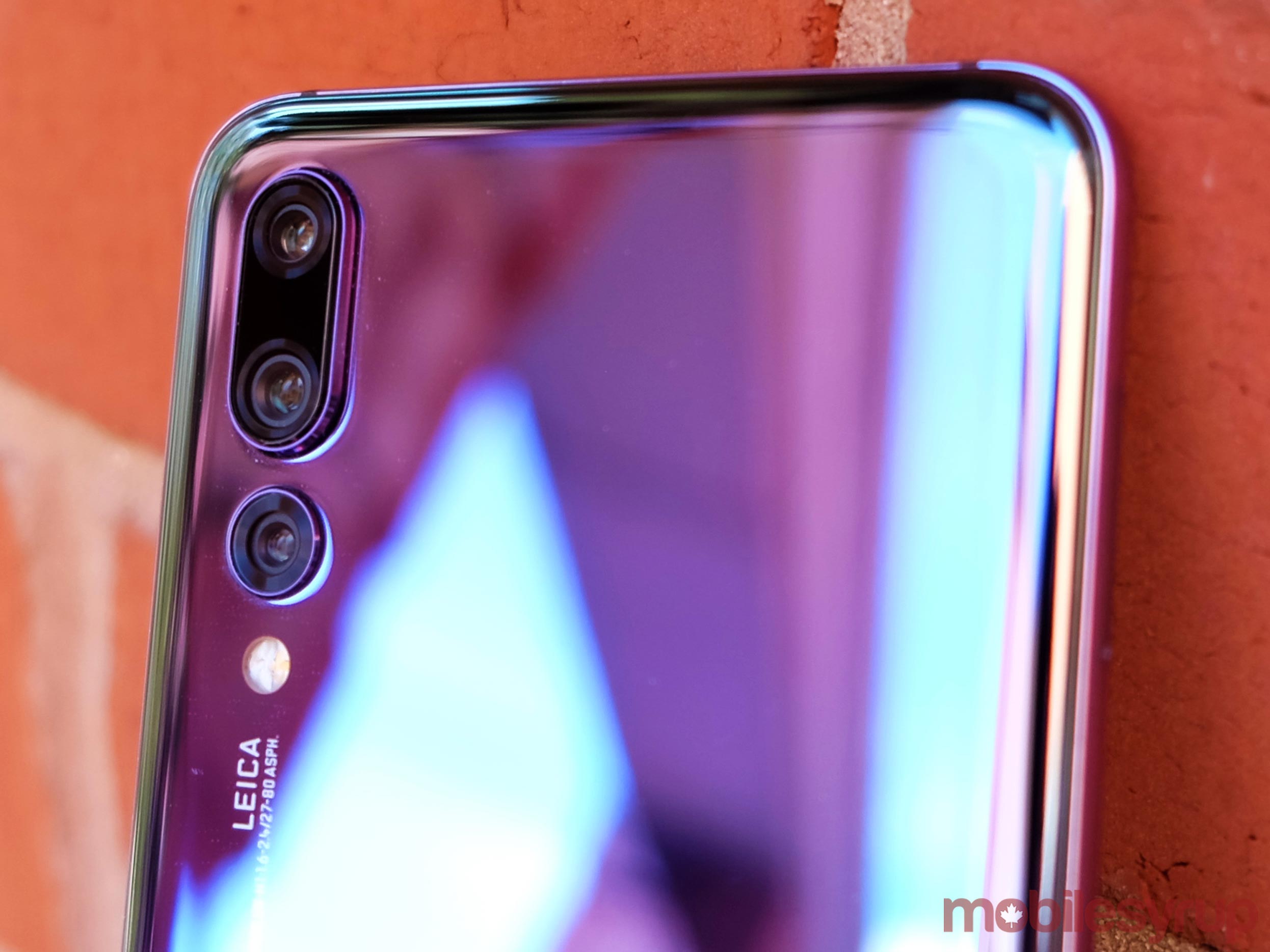 Here’s where things get interesting. The phone sports a 1/1.7-inch image sensor, which is unusually large for an handset. Now, bigger doesn’t always mean better, and this may also be true here. The advantage of such a sensor is the ability to shoot better in low-light and better depth of field. However, they’re not as widely used in other digital cameras, with the exception of some compact point-and-shoot models.

Still, it’s noticeably larger than the sensors used in the iPhone X, Samsung Galaxy S9/S9+ and Google Pixel 2/2 XL. That sensor only applies to the RGB lens. The monochrome lens appears to be using the same sensor as last year. 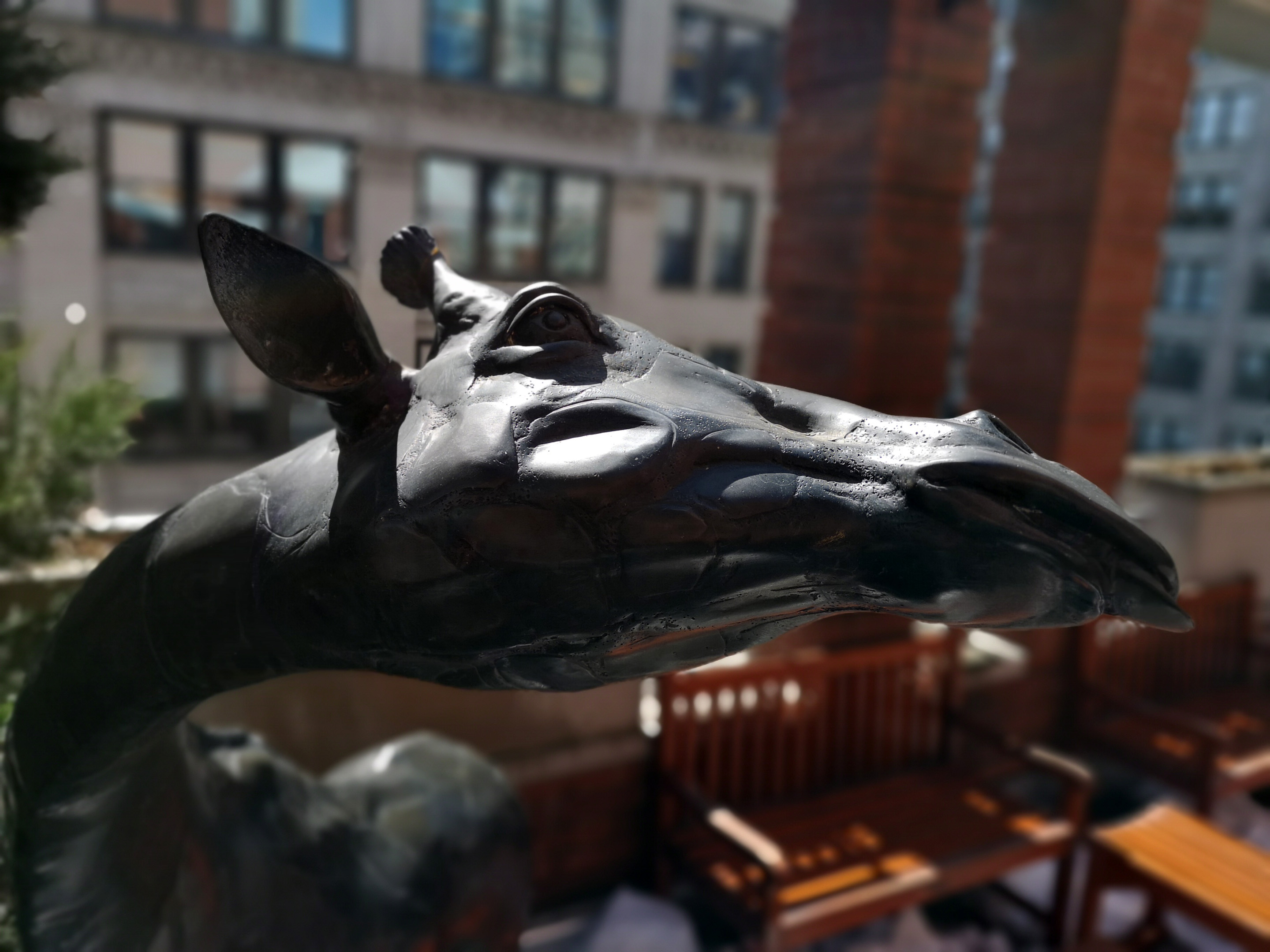 The f/1.8 aperture may seem like a letdown compared to the wider ones seen in other devices, but the larger sensor should help offset that because of the comparatively large micron pixels in the P20 Pro.

Curiously, the telephoto lens is essentially a standalone add-on. I was surprised to learn that Aperture Mode, Huawei’s bokeh effect, will continue to be software-based rather than utilize the optics of the zoom lens. Instead, the mode will continue to use the monochrome lens to help capture more light to help create the depth of field — no different than what the P10 and P10 Plus could do.

However, the RGB and telephoto lenses do work together in the slow-motion mode that mirrors what we’ve already seen from Sony and Samsung. It will capture a 0.2-second clip at 960fps and stretch it out to a six-second 720p video. It’s neat, but I didn’t notice any particular difference over what the other vendors have done thus far. 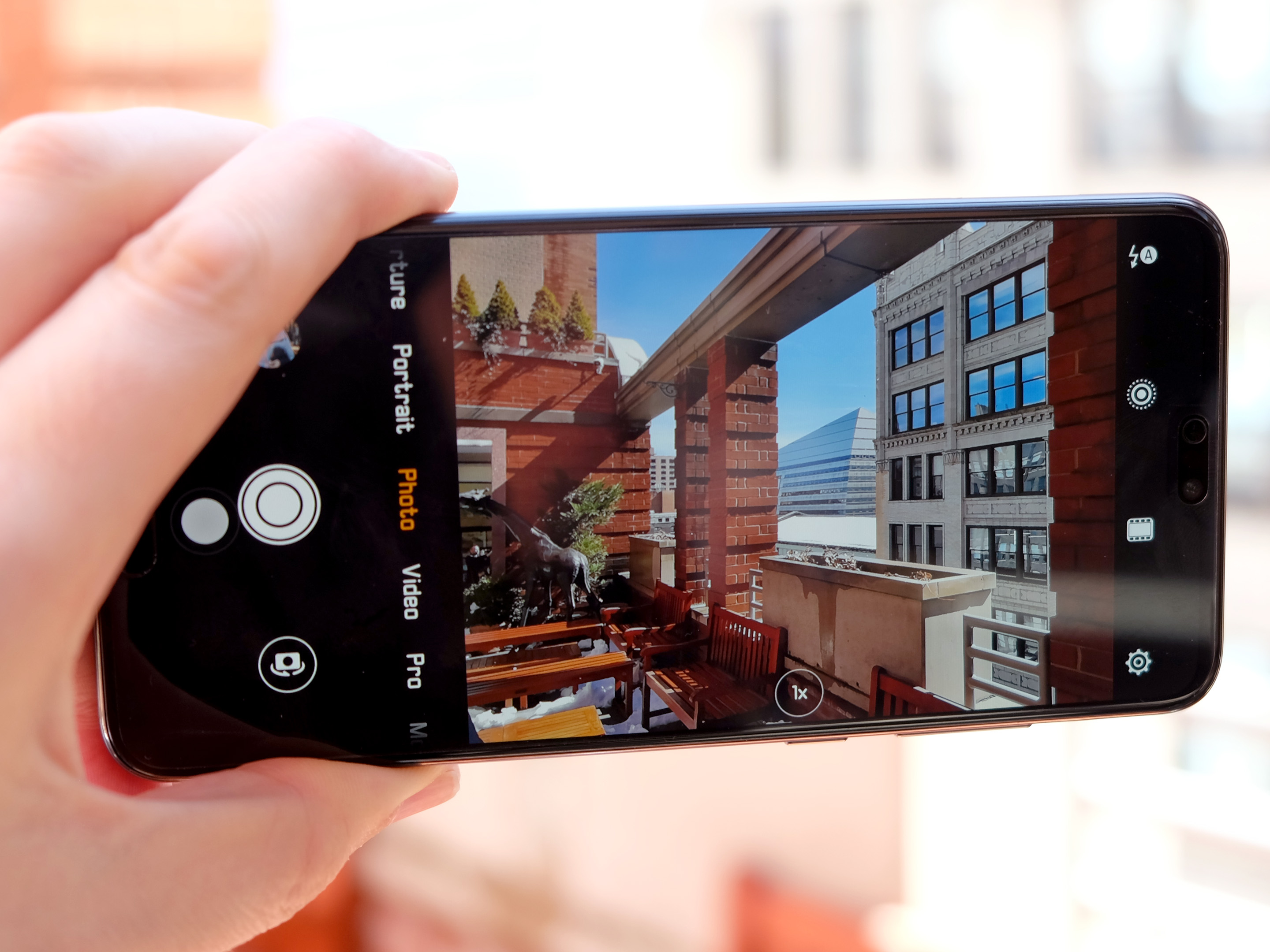 Both models have 24-megapixel front-facing cameras with f/2.0 apertures to cater to the selfie crowd. I’m not clear on what the company meant when it referred to better intelligence in capturing more in the frame, but apparently, users should expect to squeeze more in at a wider angle.

Huawei also shortened the time to shoot at a mere 0.3 seconds from screen off to photo capture. I tried it and it’s like a bullet, but it doesn’t account for focusing on a specific subject. The “4D predictive focus” is designed to also dramatically quicken honing in on a subject. 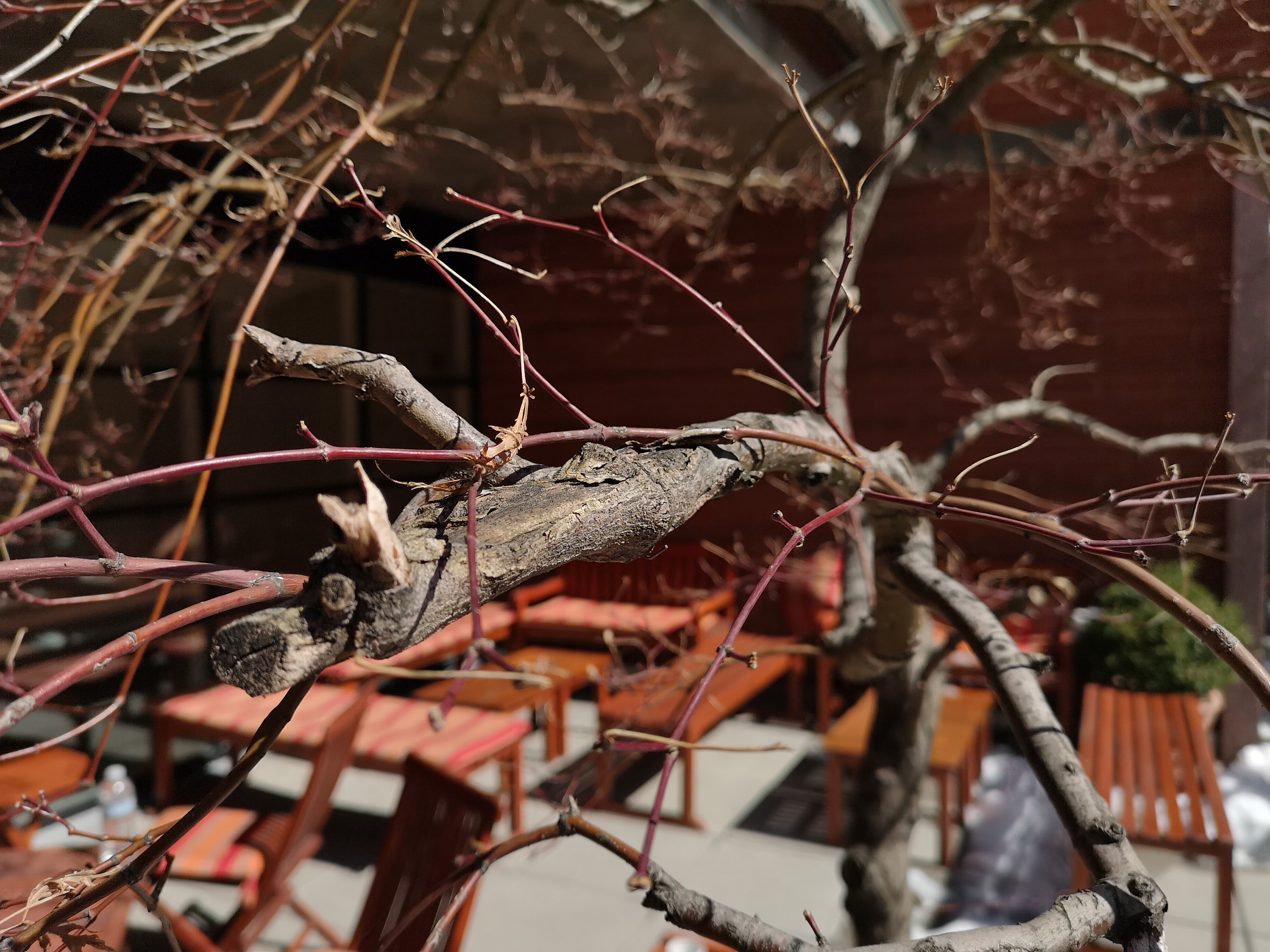 Since AI, or artificial intelligence, is such a buzzword these days, Huawei is playing that up with both devices. In what they call “AI-driven professional photography skills,” the phones have been designed to recognize the scene and adjust for it in more specific ways.

For example, when shooting in auto, it would know the difference between food, beach, sunset, night, portrait or close-up, but in addition, it would also know a blue sky, dog, cat, stage, flowers, waterfall, greenery, text, natural colours and groups. The idea is that it would adjust exposure, shutter, ISO and white balance for a wide variety of shooting scenes.

I wasn’t in a broad enough location to truly see this play out, but it’s an interesting premise I intend to test thoroughly in a full review.

Even more interesting is the ridiculous ISO level the company claims to have reached. Huawei reps say the phones can capture up to 102,400 ISO. That’s absurdly sensitive to any light, but there’s a reason for it. 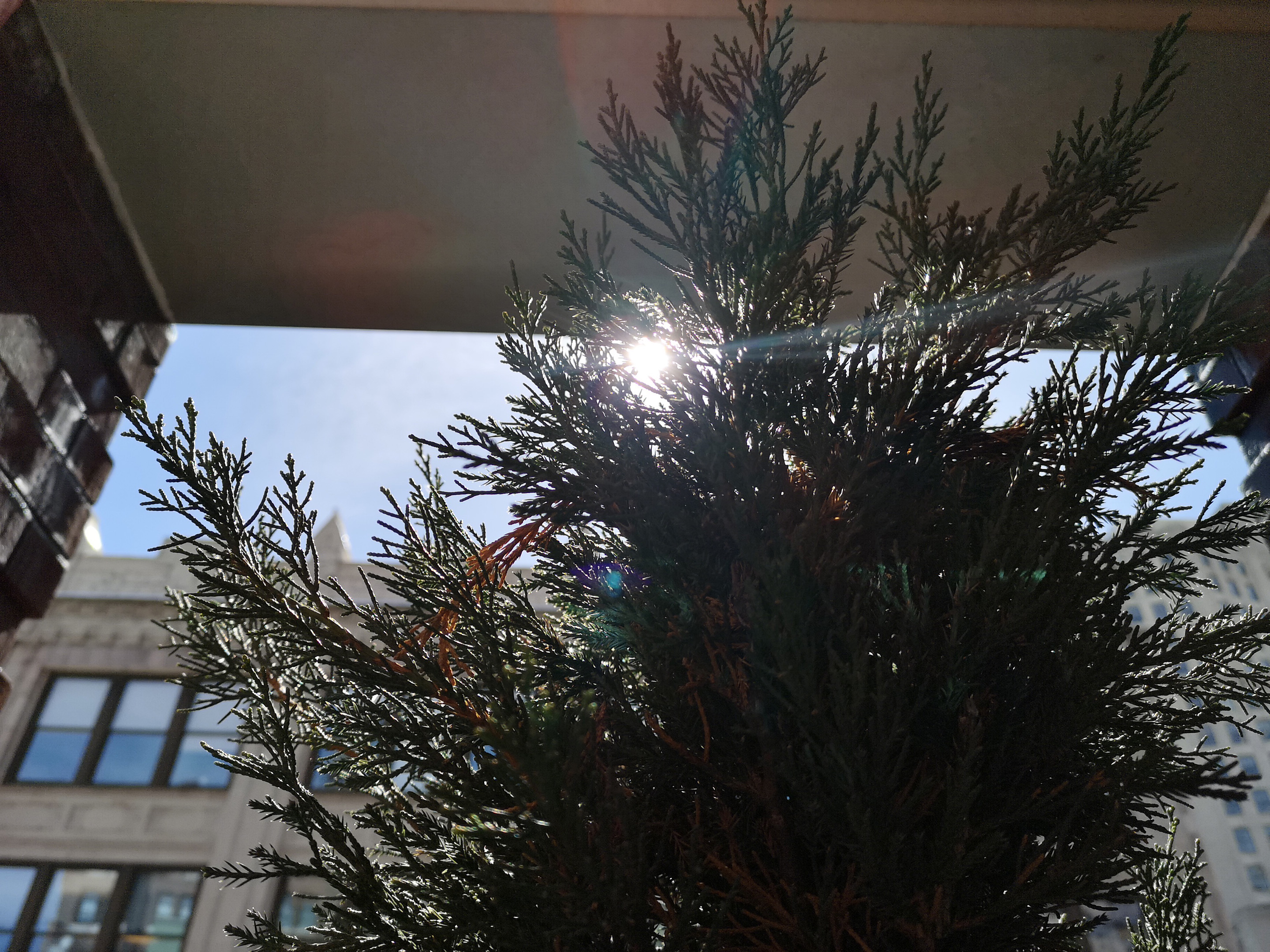 Huawei enhanced the night shooting mode with an AI-assisted image stabilization feature that radically reduces hand shake to ensure sharp images in low-light conditions. The problem with low-light shooting on any camera is that the low shutter and higher ISO levels needed to capture more light makes blurring more likely from any movement in the shooter’s hands. This mode would essentially eliminate that all the way down to a four-second exposure.

Equally surprising is the total lack of optical image stabilization for all the lenses on both phones. It’s all digital. I saw a few images that were shot with it, but given I was in a brightly-lit environment outside, it wasn’t the right time or place to try it. I’m keen to see just how well it does though. I’m also wondering how cool low-light shots with movement might look if I don’t need a tripod or flat surface. 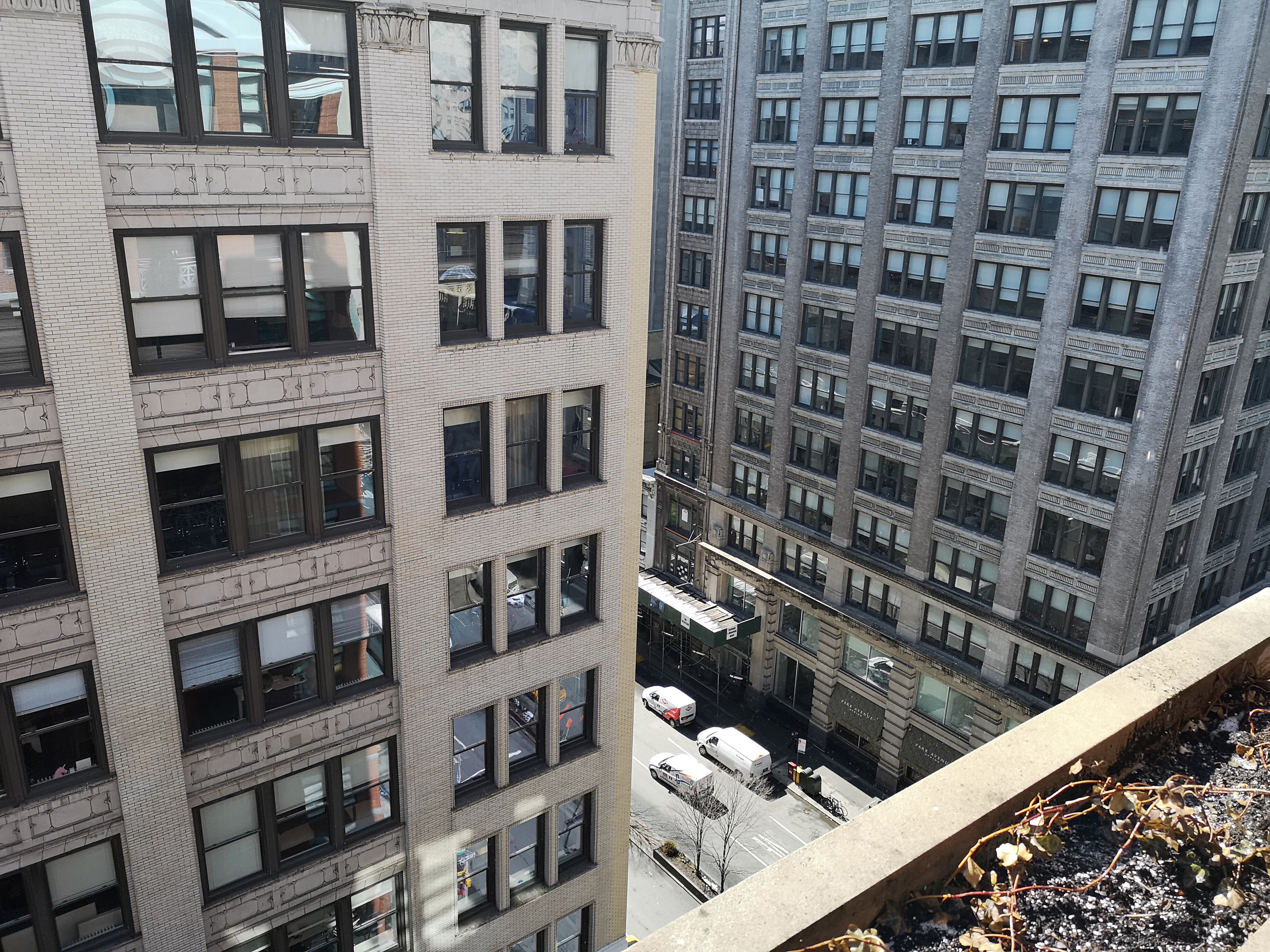 I’ll let some of the test photos speak for themselves, but it’s evident to me these phones are improvements from their predecessors. The body of work is just way too small to quantify how much of an upgrade we’re talking about.

The Pro mode maintains all the manual features from before, but unfortunately, the grandiose ISO levels noted earlier are only for the night mode. No way to tinker with them along with other settings like a pro.

The lack of optical image stabilization was hard to gauge, and I do wonder how that might play out when shooting in certain conditions. Capturing a static scene is one thing, but if there’s any movement, how might that turn out?

The 3x optical zoom on the P20 Pro’s telephoto lens is going to be even more sensitive to light than the zoom lenses on other phones (which have a shorter reach). That’s why I expect it to be more useful in daylight or bright indoor situations. 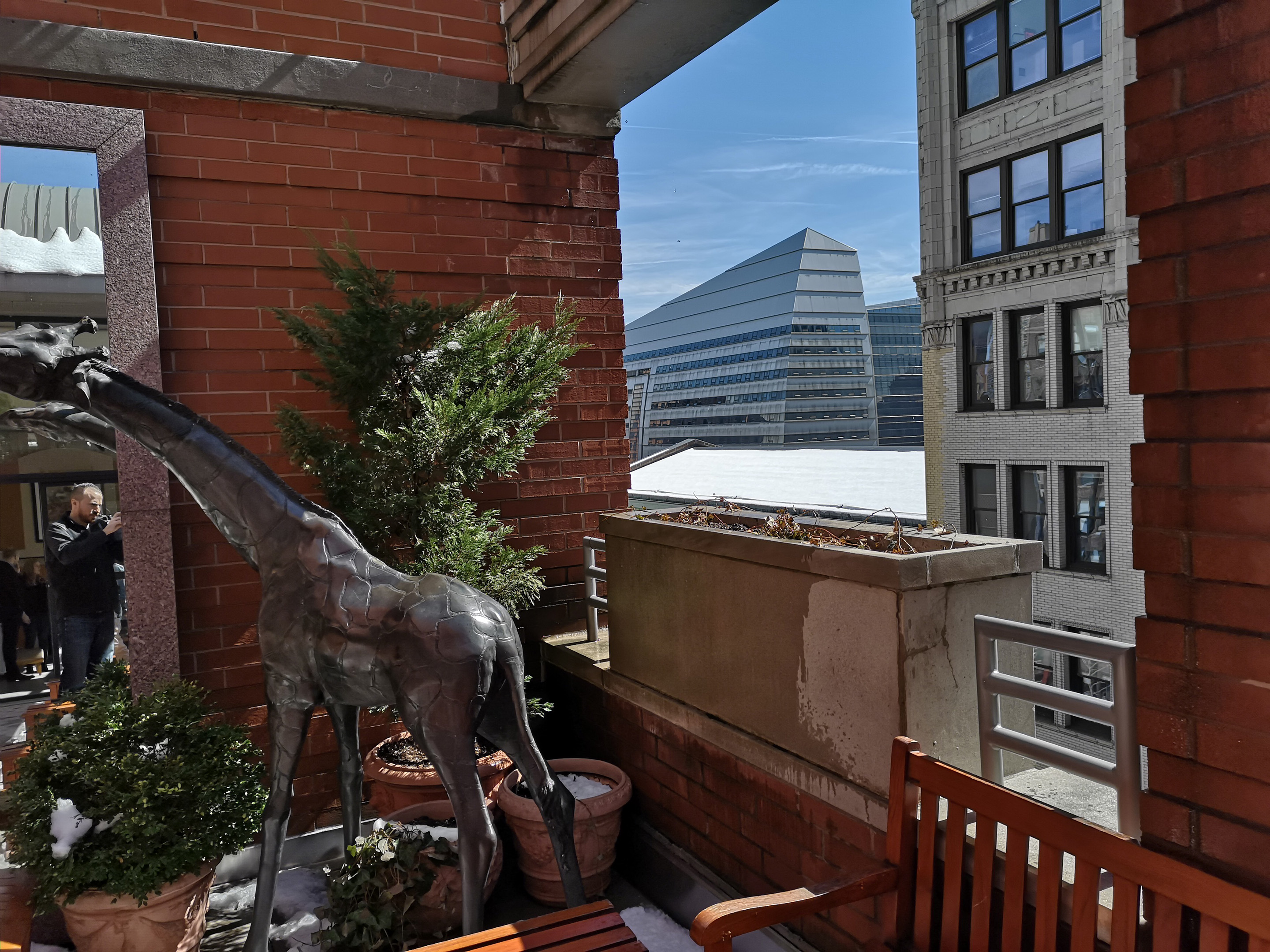 Huawei’s primary focus when talking about both the P20 and P20 Pro centred on camera performance. It wants to be considered among the best available, and if they deliver with consistency, they may be two of the best shooters to come out this year.

We’ll have to wait and see, but the results are promising, and I like that the company is at least trying to simplify shooting better photos in varying circumstances. Tackling low-light shooting without a major learning curve will be a boon to any user — assuming it works as advertised.