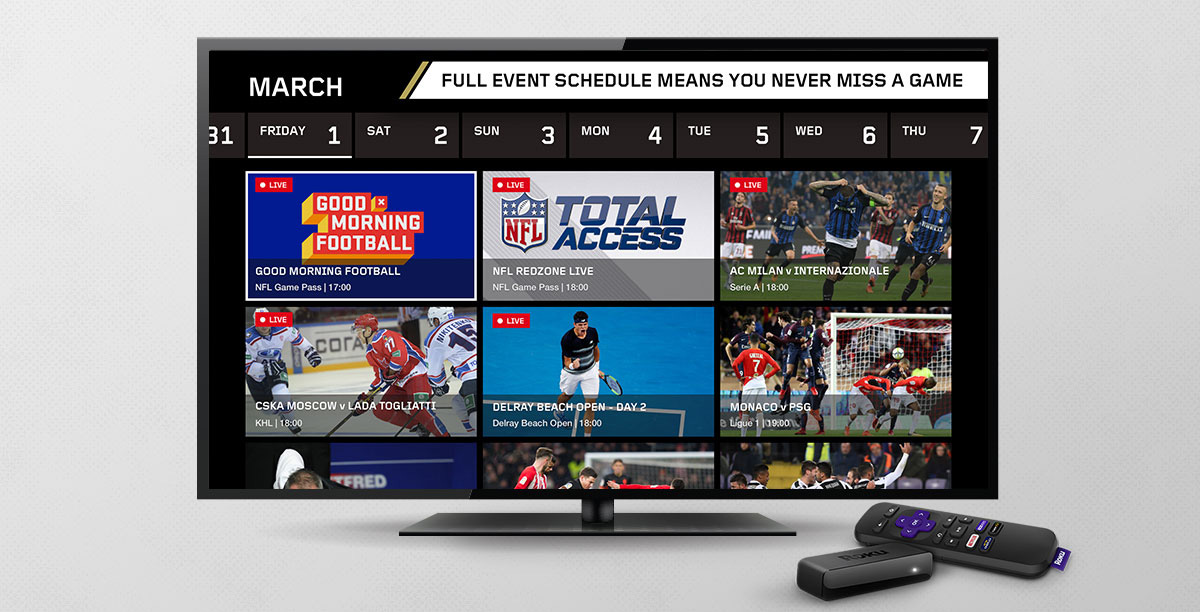 Roku owners will now be able to easily stream content through DAZN, which owns the rights to the NFL Game Pass, as well as to Sunday games previously offered in NFL Sunday Ticket and NFL RedZone by Canadian cable and satellite providers.

Together, the $20 per month service will offer every live NFL game of the 2018/19 season — pre-season, regular season, the playoffs and the Super Bowl.

In addition to Roku, DAZN works with the Apple TV, Chromecast, Android TV, VIZIO SmartCast, Xbox One and PlayStation 4, as well as any iOS or Android device.

Though DAZN got off to a bumpy start in Canada after its September 2017 launch, the company’s director of product, new markets and strategic initiatives Marcus Parnwell outlined several ways in which it was improving on its streaming experience.

“We continue to have an open dialogue with our subscribers, listening carefully to their feedback and putting solutions in place wherever needed,” Parnwell told MobileSyrup‘s Ted Kritsonis in an interview at CES.