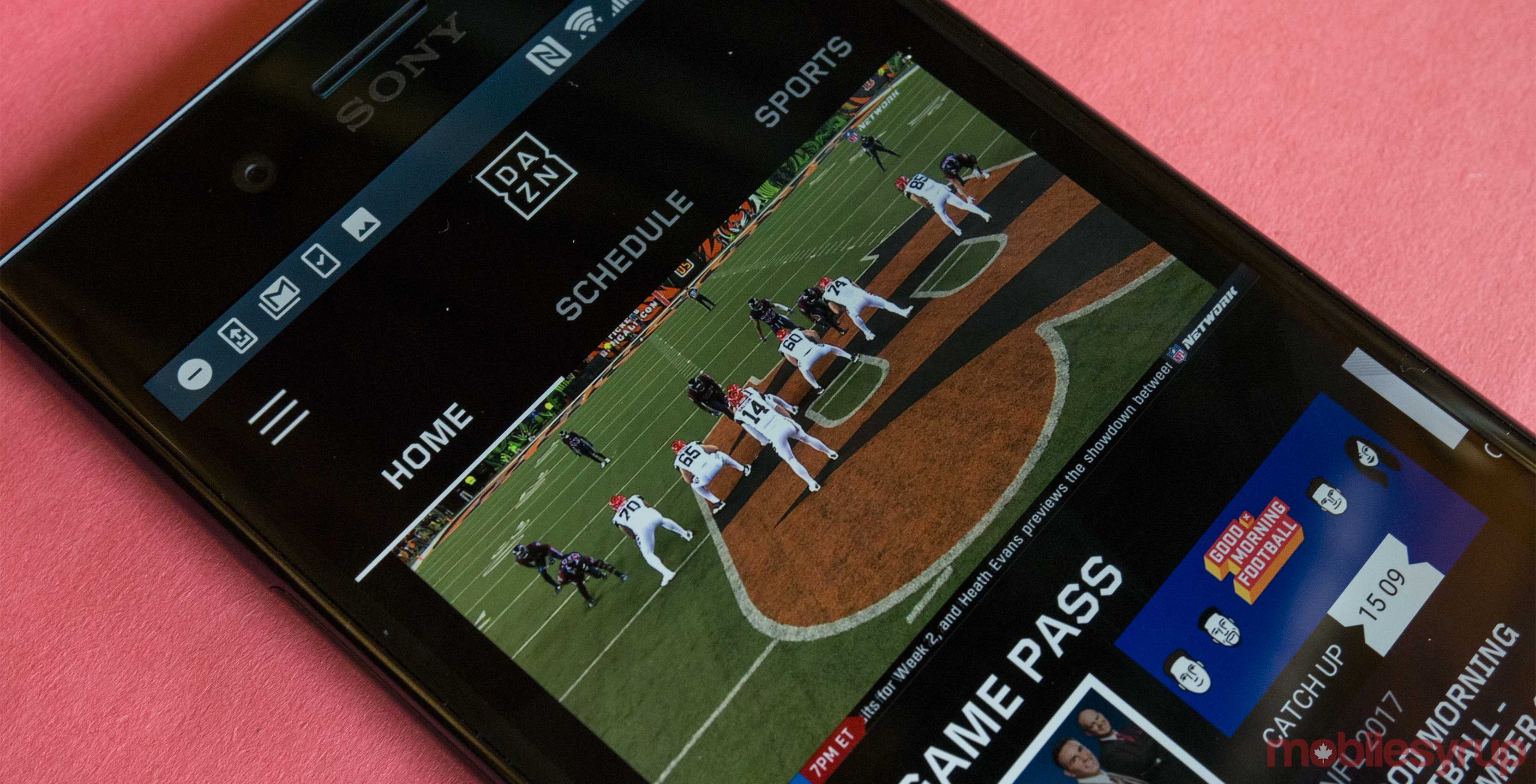 DAZN, a sports streaming platform that recently launched in Canada with exclusive rights to NFL Game Pass, has faced up to the persistent issues their fans have come across so far with the service.

DAZN launched in Canada in July 2017, but its true test has been the beginning of the NFL 2017 season. Many subscribers who’ve purchased the $20 CAD per month service have taken to Twitter and other social media platforms to vent about issues with picture and audio quality, as well as error codes popping up and broadcast time lag.

Enjoying RedZone! Thanks @DAZN_CA ! What's the score? I have no idea I can't see. (No my camera is not blurry) #DAZN pic.twitter.com/sTCAQfyka4

In response, DAZN’s managing director of rights and strategic development released a statement to the media, acknowledging the issues and stating that it had now resolved many of the issues causing complaint.

“Our debut in Canada did not go as planned,” read Rice’s statement.

“No excuses — it is not how we wanted our journey to start in a country of such passionate fans. Our top priority has been getting to the root cause of the issues and giving fans the viewing experience they expect from us. We have reviewed the entire customer experience so far and can confirm that many of the issues subscribers faced last weekend have been resolved.”

Additionally, Rice listed off the issues and some related causes, citing human error for an audio issue and connectivity problems for picture quality (which it plans to work on over the “next few weeks”).

“Live streaming of sports is complex,” Rice concluded, “but offers many benefits. We’re committed to fixing the current issues and delivering on our goal of providing the best sports viewing experience possible for Canadian fans.”

Further, DAZN reached out to users by email (shown below) offering its “sincerest apologies” and promising it would contact them the next week with “more detail on compensation.” 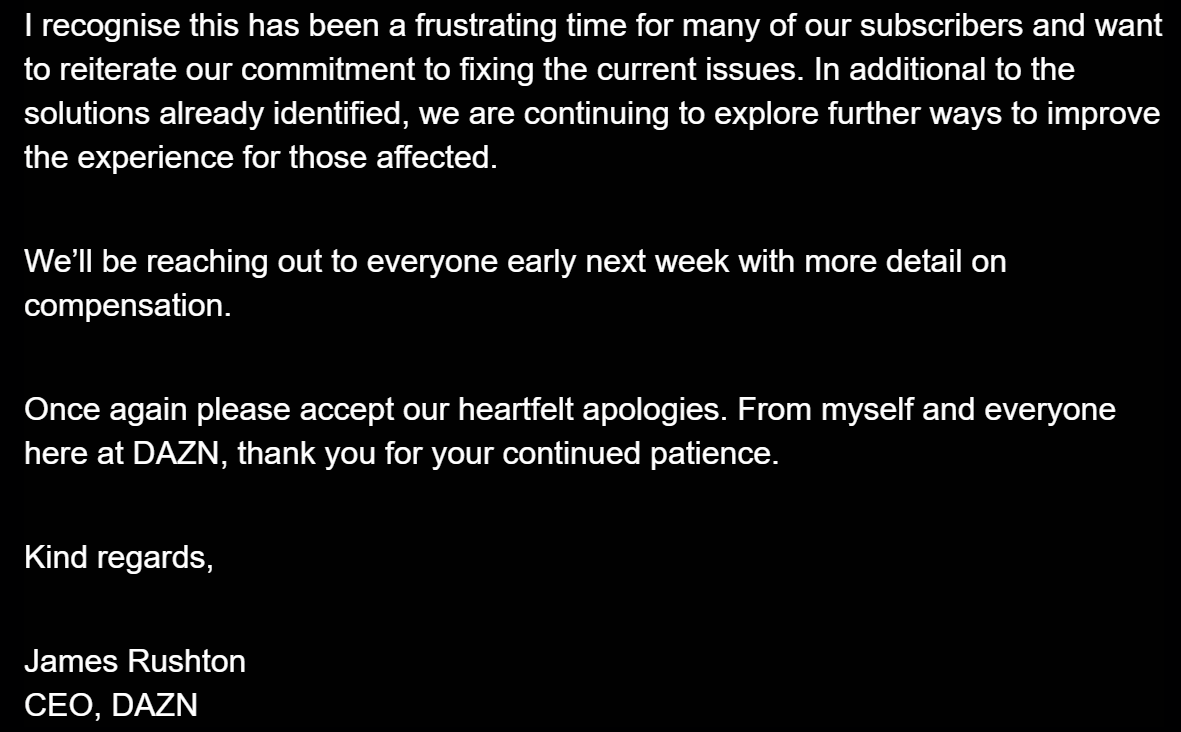 The pressure on U.K.-based DAZN — pronounced Da Zone — is high due to the fact that it not only took over the rights to the NFL Game Pass, but also took the rights to Sunday games previously offered in NFL Sunday Ticket and NFL RedZone by Canadian cable and satellite providers.

As one Twitter user noted, DAZN can’t just be a good streaming service, it has to be cable quality.

DAZN is still a relatively young company, founded in 2015 and first launching in Austria, Germany, Japan and Switzerland the next year. It is privately owned by Perform Group, a global sports media company created through a merger between a sport-focused web and mobile company, and a digital sports rights agency.