A Westworld mobile game is currently in development

Get ready to run your own robot-filled park 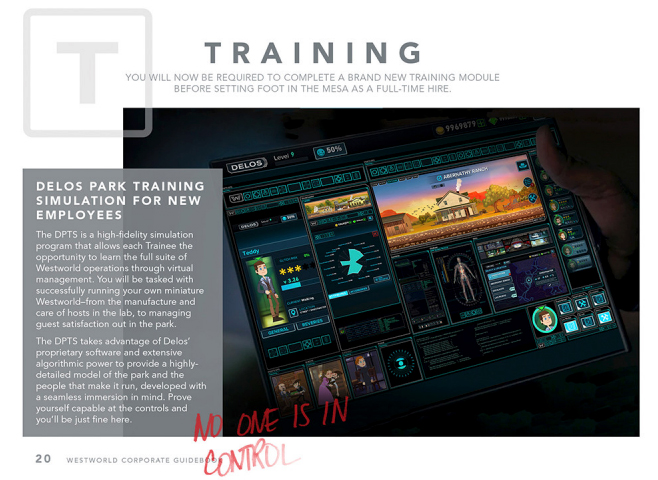 If you watched HBO’s Westworld and thought to yourself, “this would make a great video game,” you probably aren’t alone.

While the triple A title of your dreams isn’t coming yet, it looks like a Westworld mobile game is in the works. A teaser first posted on a fictitious website for the television show’s Delos Incorporated hinted that something is in the works. Warner Bros. Entertainment later confirmed to Engadget that a mobile Westworld game is currently in development.

Little is known about the game so far, beyond the fact that it’s being created by Dead by Daylight developer Behaviour Interactive. The game is apparently “currently being tested in limited release.”

The teaser shows off a ‘Delos Park Training Simulation,’ and hints that players will be managing what looks like a “miniature Westworld,” which includes caring for hosts (robots) and managing guest satisfaction. It sounds like the game will likely be a mix between Fallout Shelter and classic Sim City.

Here’s hoping my park fares better than the one in the show. Take a full look at the Delos Corporation handbook at this link.