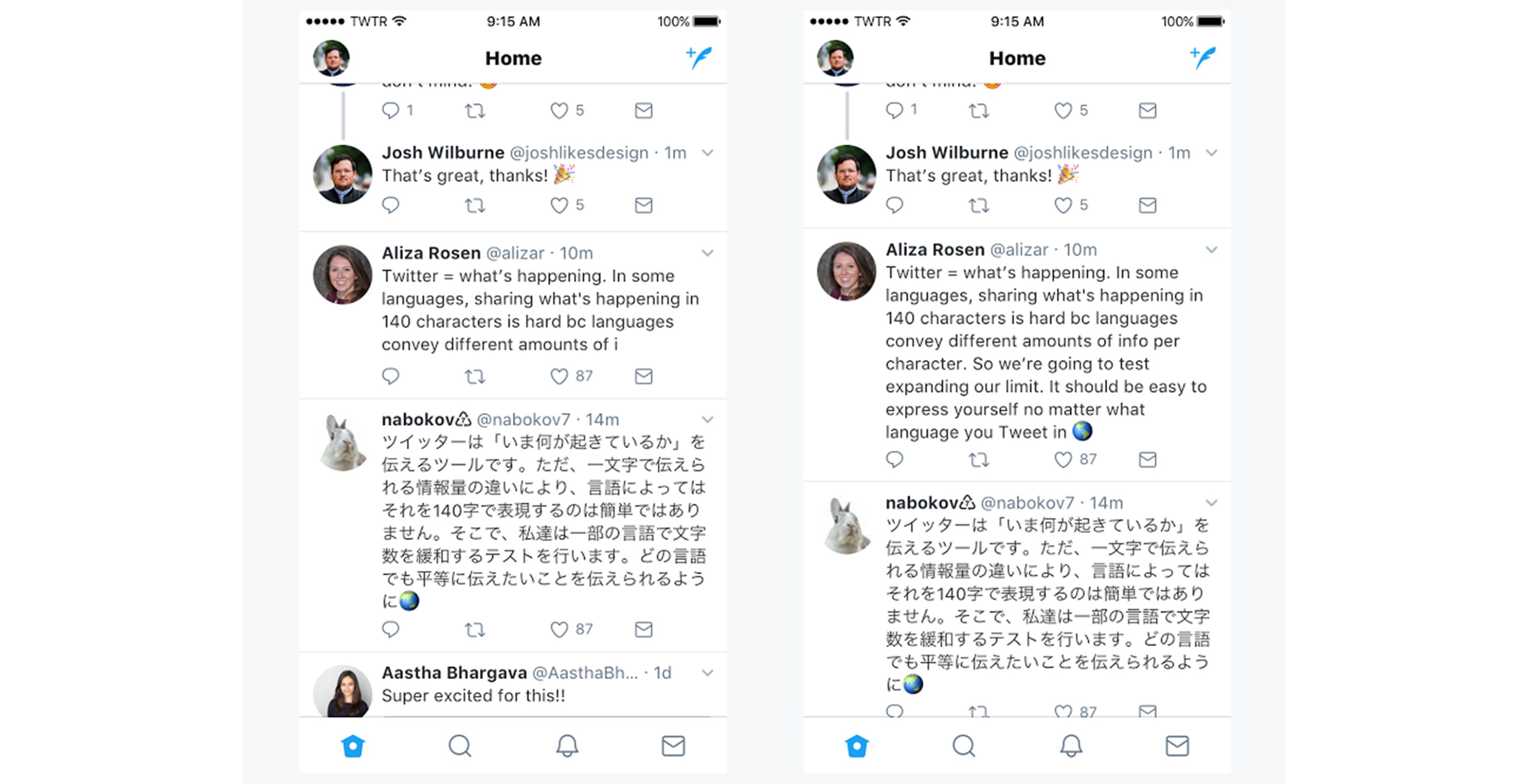 In a move that could fundamentally compromise what makes Twitter unique when compared to other social media platforms, the news and social network has expanded its character limit from 140 to 280 characters, allowing users to fit significantly more letters, words, and emoji into tweets.

Twitter says the change impacts all languages on the social network, except for Japanese, Chinese and Korean. The feature is currently only available to a small group, but will likely be rolled out to all users in the future depending on how it’s received.

“Although we feel confident about our data and the positive impact this change will have, we want to try it out with a small group of people before we make a decision to launch to everyone”

Twitter notes that among all of the languages featured on its platform, nine percent of English tweets hit the 140 character limit. In comparison, only 0.4 percent of Japanese tweets match Twitter’s 140-character limit.

“Although we feel confident about our data and the positive impact this change will have, we want to try it out with a small group of people before we make a decision to launch to everyone,” reads a statement sent to MobileSyrup from Twitter Canada.

“What matters most is that this works for our community — we will be collecting data and gathering feedback along the way. We’re hoping fewer tweets run into the character limit, which should make it easier for everyone to tweet.” 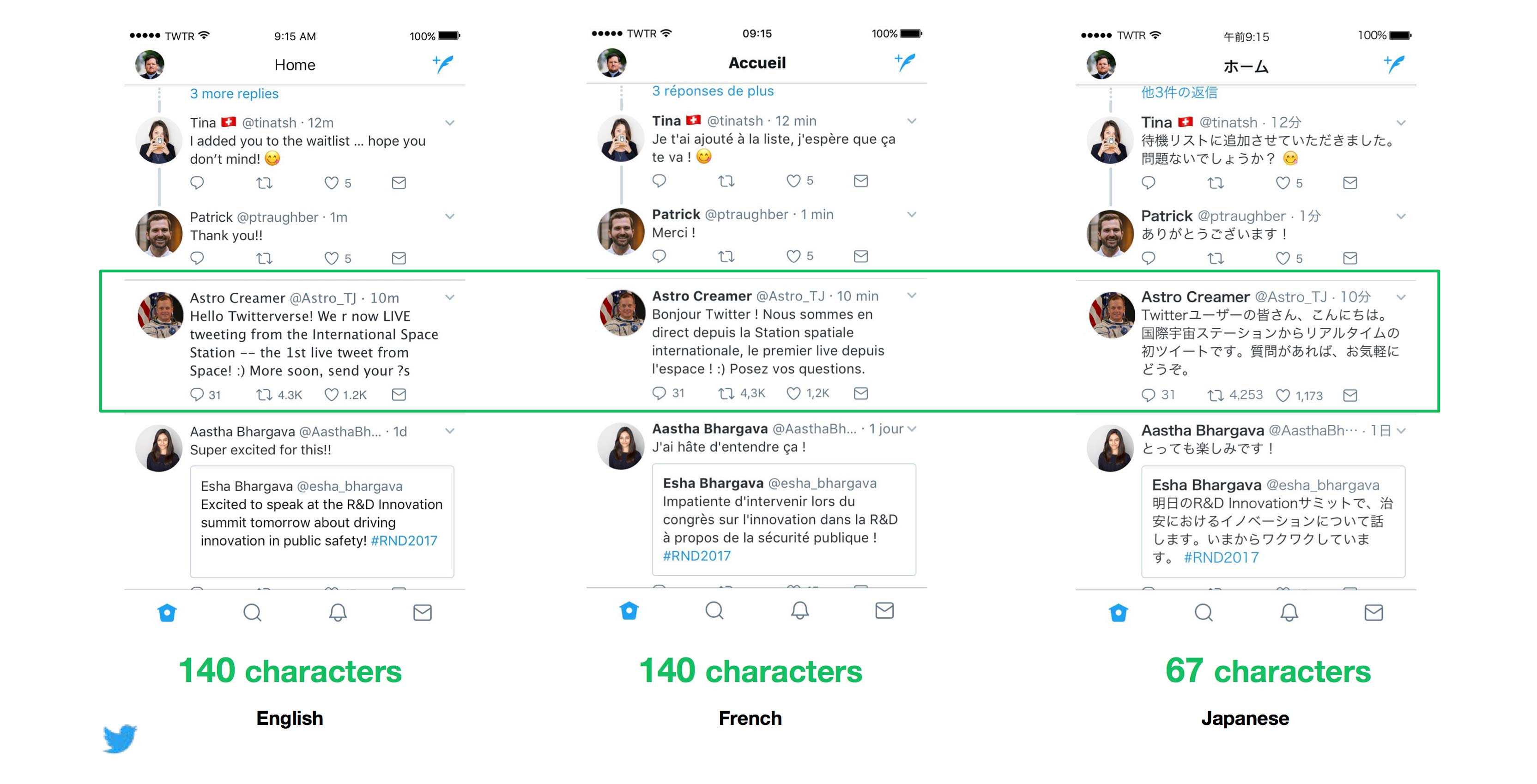 When Twitter first launched in 2006, the service was designed to take advantage of wireless carriers’ text-messaging services, which were (and still are) limited to 160 characters. Twitter’s creators saved the additional 20 characters for the user’s name, leaving 140 characters for tweets.

At the time, the character limit was designed to accommodate a technical limitation in an era before mobile data connections became more prevalent. While brevity is what Twitter was built on, 10 years later mobile data plans and smartphones are omnipresent and the 140 character limit is mostly artificial.

It will be interesting to see how the broader Twitter community responds to this switch. While a Twitter character increase has been long overdue, it’s possible that 280 characters is too much and will compromise the brevity that made the service so compelling in the first place.