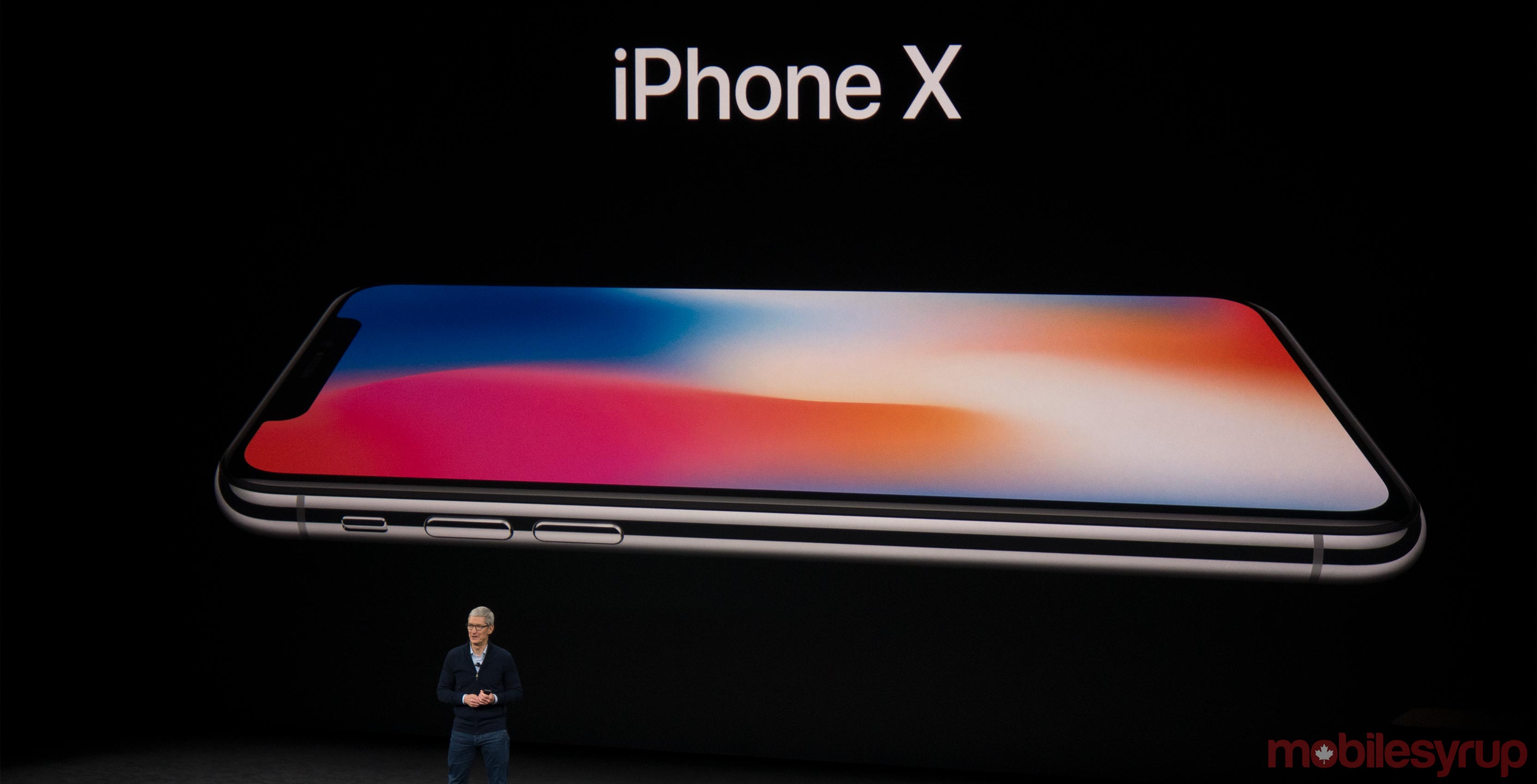 After two years of iterative updates, Apple is releasing its most important iPhone in a decade. Dubbed the iPhone X (pronounced iPhone ten), the company’s latest smartphone adopts features that have long been missing with the company’s previous smartphones.

Tim Cook declared that the iPhone X “will set the path of technology for the next decade.”

The iPhone X features the same glass finish as the iPhone 8. Coming in at 2436 x 1125 pixels, the iPhone X’s edge-to-edge Super Retina OLED display is the highest density iPhone display to date at 458 pixels per inch.

The display integrates the company’s True Tone display technology, allowing the display to adjust colour balance on the fly. It also includes support for HDR 10 and Dolby Vision. 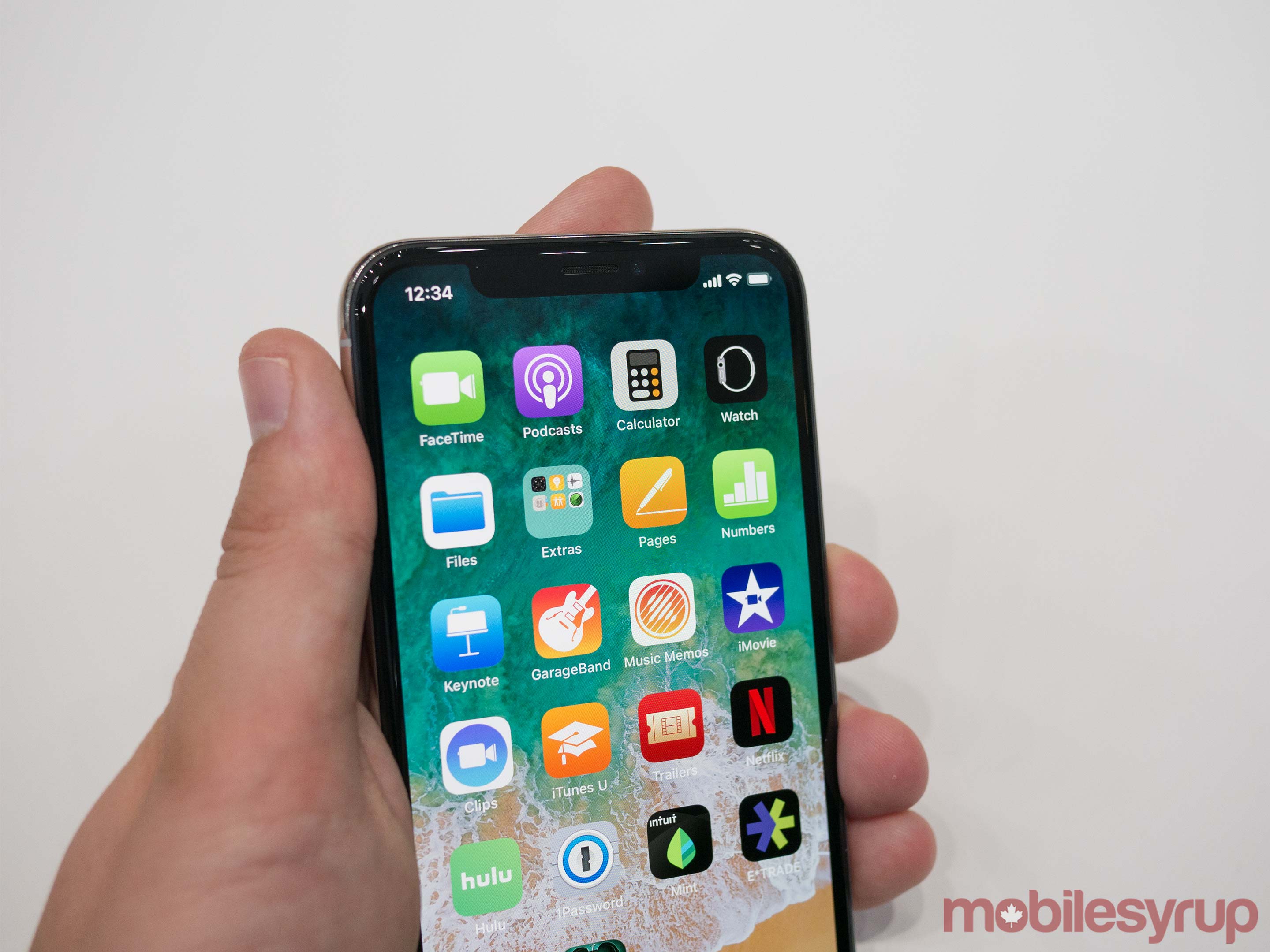 With an edge-to-edge screen and no Home Button, waking the iPhone X is completed by tapping on the screen. Users can then access the home screen by swiping up from the bottom of the phone.

Unlocking the phone is done with the company’s new Face ID technology. The phone will remain locked until the iPhone X is able to see the user and positively identify their face using the phone’s TrueDepth camera system. 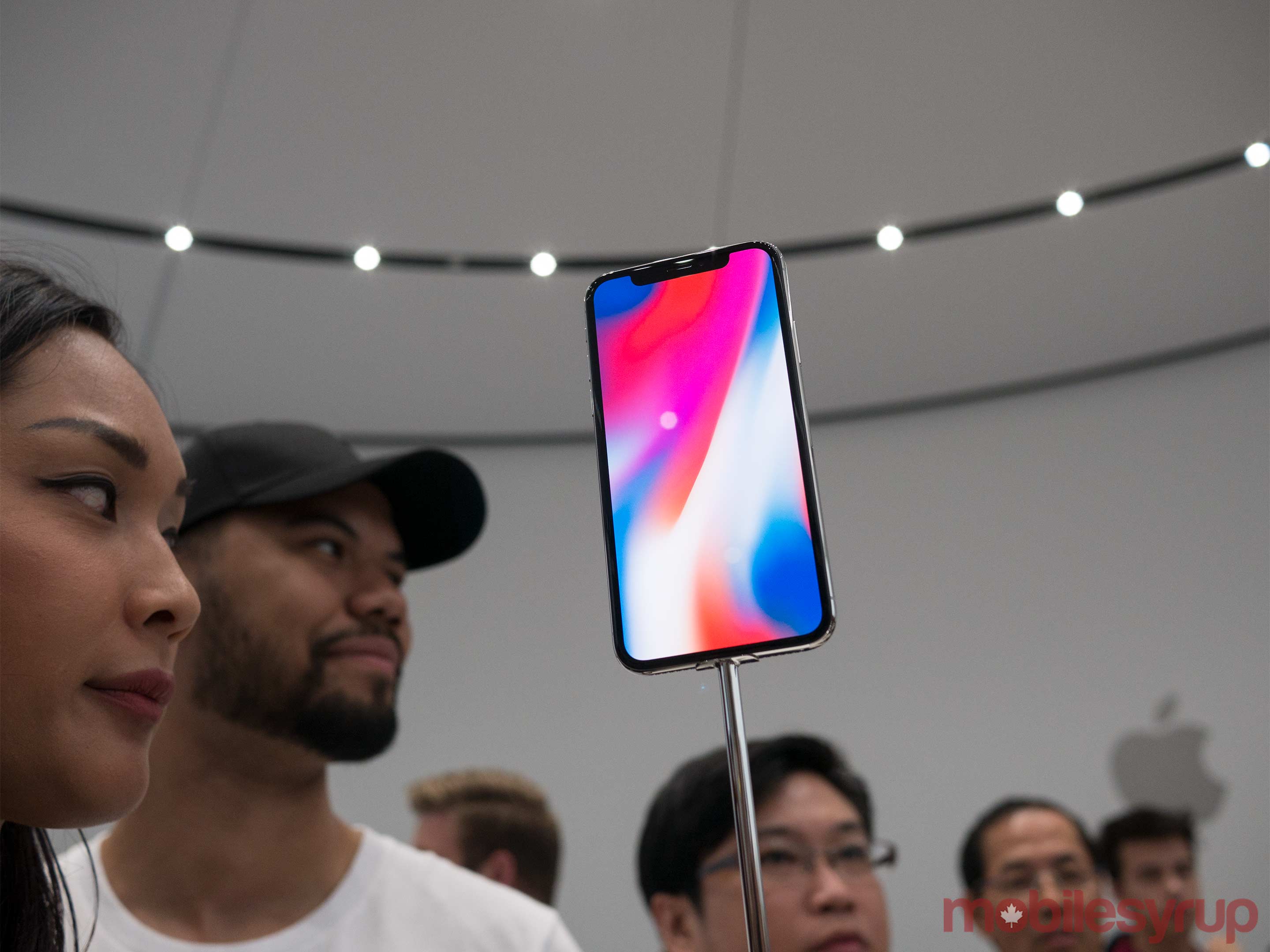 Comprised of a variety of sensors, including an infrared camera, floor iluminator and dot projector, among other components, the system uses multiple neural networks to recognize the face.

Apple promises Face ID will be able to adapt to the user’s face no matter how much it changes — it won’t be tricked if the user decides to wear glasses one day or grow a beard, for instance. It’s also able to work flawlessly at night, claims Apple.

All facial recognition is completed on-device with the iPhone X’s A11 Bionic processor, with no data being sent to an online server. Face ID will be compatible with Apple Pay, as well as any third-party apps that decide to take advantage of the technology. During the company’s demo of Face ID, the phone failed to properly identify the company’s Craig Federighi on its first try.

In a fun twist, Face ID will also support a feature called Animoji, essentially three-dimensional emoji that the user can control with their face. Animoji will be available within Messages. In one of the company’s demo, Federighi used the fox emoji to send a message, while Apple CEO Tim Cook sent him one using the alien emoji. 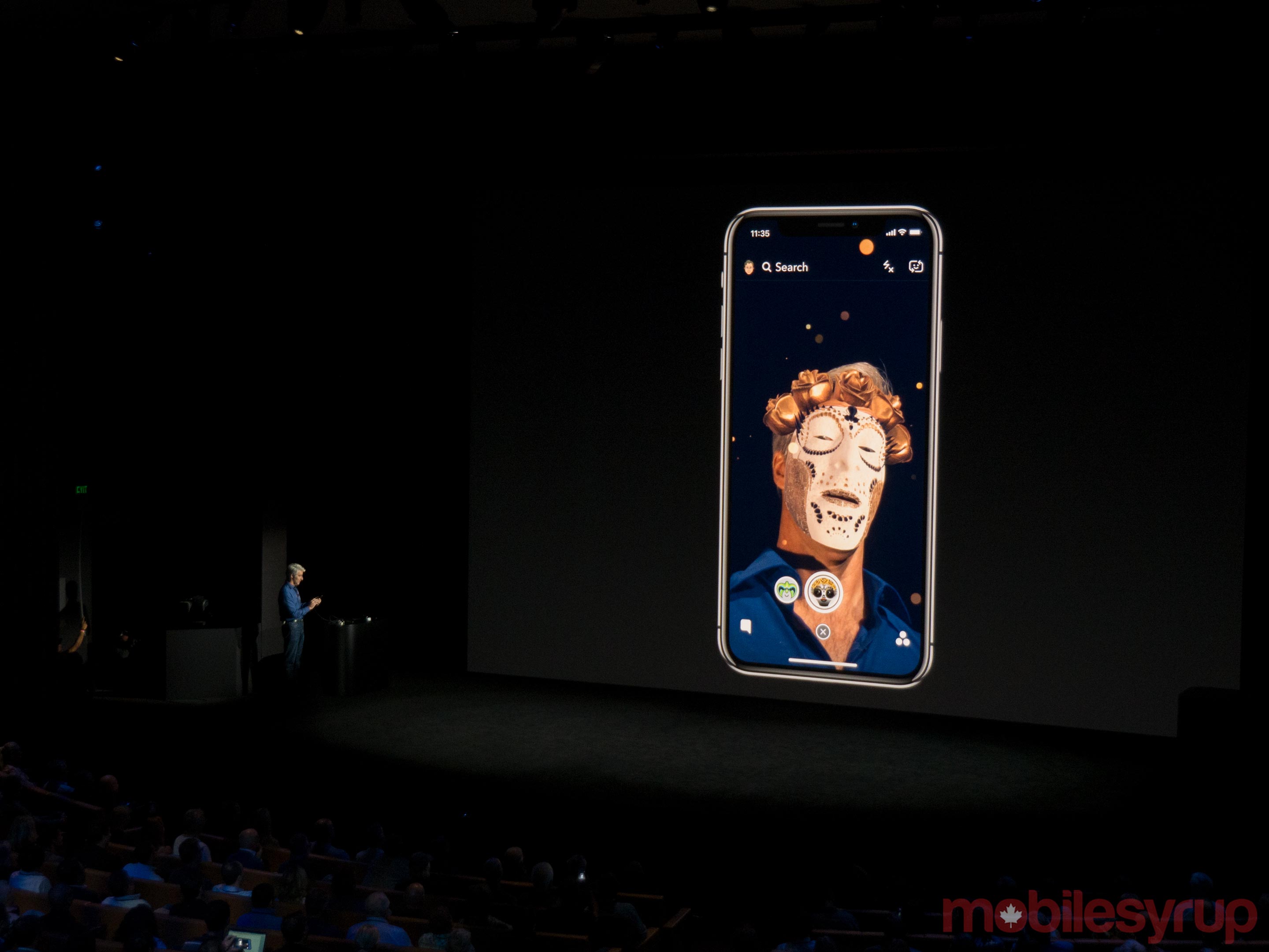 On the camera front, the iPhone X features two 12-megapixel sensors with a f/1.8 wide-angle lens and f/2.4 telephoto lens. Like the Galaxy Note 8, the iPhone X features optical image stabilization on both 12-megapixel sensors. It also includes an improved Quad-LED TrueTone flash, with Apple promising two times better uniformity of light. Like the iPhone 8, Apple says it will deliver an improved portrait mode that will allow users to adjust the light that’s rendered on the subject’s face. Portrait mode will also be available via the front-facing selfie camera.

As mentioned above, the iPhone X features Apple’s new A11 Bionic chipset. This is the same chipset found in the new iPhone 8 and iPhone Plus. The custom designed chipset features a 64-bit architecture that makes use of two-high performance cores and four high-efficiency cores. It’s also the first Apple chipset to include a GPU designed by the company. 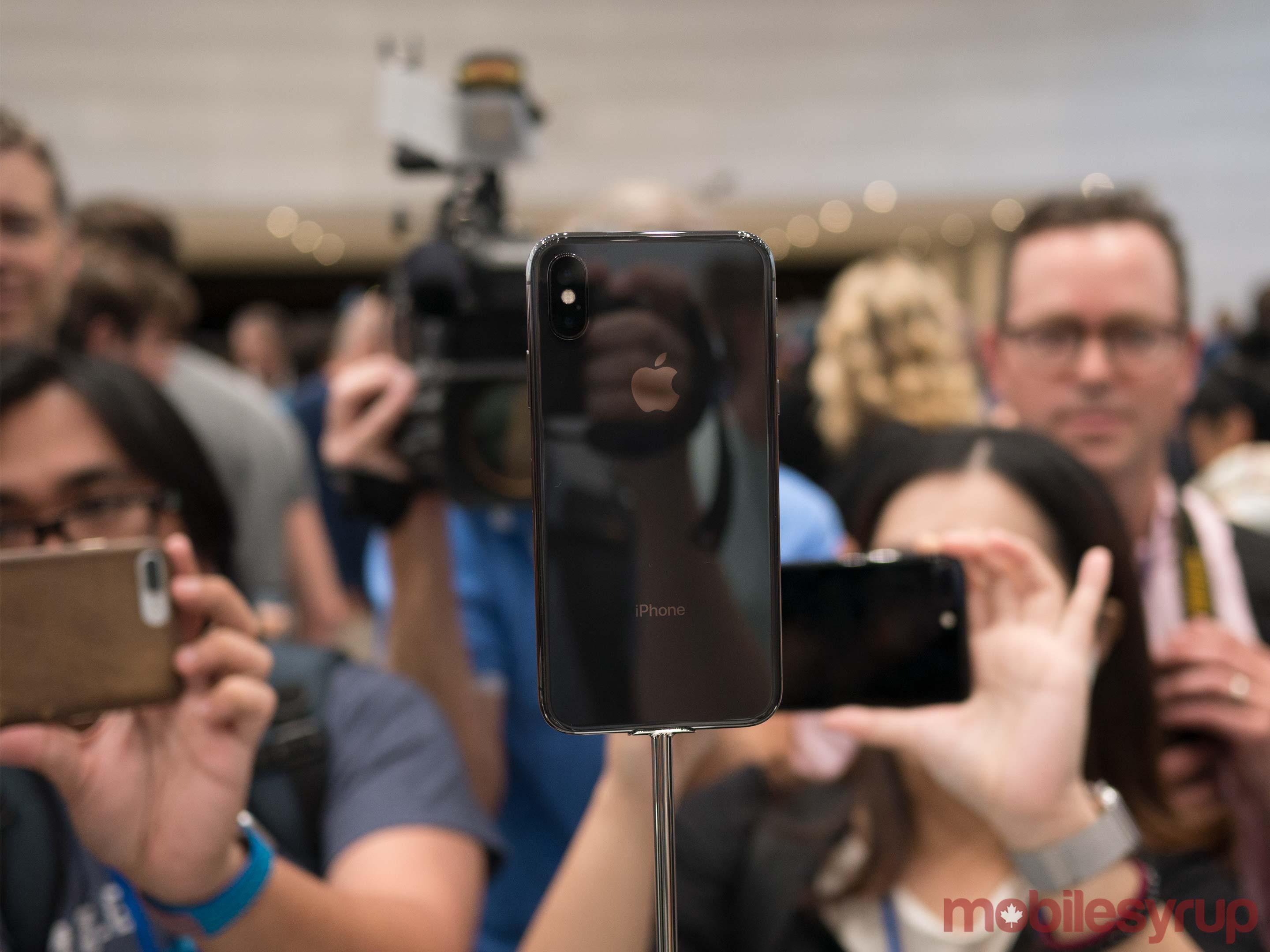 While Apple didn’t state exact battery capacity, the company promised two more hours of battery life than the iPhone 7. Like the iPhone 8, the iPhone X’s glass back allows for Qi wireless charging. The company will release a new mat that will allow users to simultaneously charge their iPhone X, Apple Watch and AirPods.

The phone will be available in Space Gray and White on November 3rd, with pre-orders starting on October 27th. The base model is priced at $1,319 CAD and includes 64GB of internal storage. The company will also offer a 256GB model for $1,529.

It supports Band 66 LTE, which theoretically allows it to run on Freedom Mobile’s network, though the carrier does not guarantee that unlocked phones will work on its network. We have reached out to the carrier to ascertain whether it is carrying the iPhone X.