Pebble’s founder is working on an iPhone AirPod charging case 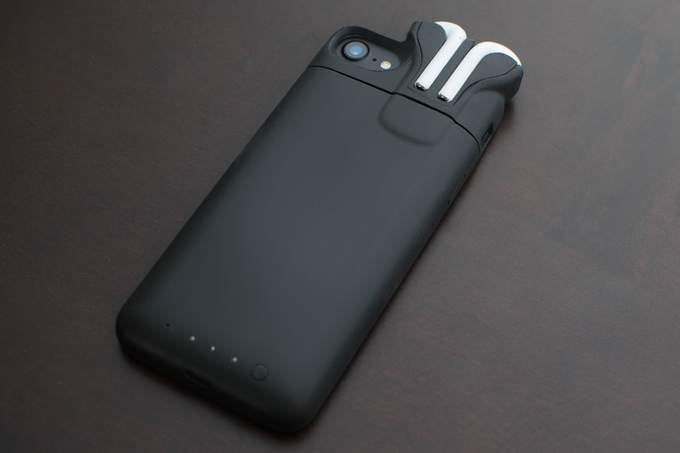 The founder behind the Pebble smartwatch is back on Kickstarter again, this time with a unique iPhone case.

While it might sound ridiculous, Canadian-born Eric Migicovsky has partnered with former co-founder of Avegant, as well as an engineer at Pebble, to release a smartphone case that’s capable of holding and charging Apple’s wireless AirPod headphones, called the PodCase.

The PodCase is a charging case with two strangely shaped holes in it where AirPods can be dropped into and charged. The case features a 2,500mAh battery and a USB-C charging port. In total, the PodCase is capable of charging the AirPods 40 times. Also, in order to keep the AirPods in place, the case utilizes magnetic docking tech.

The case also comes in iPhone 7 and 7 Plus sizes, and the company is also working on a case for the next iteration of the iPhone, likely called the iPhone 8.

While the case does look somewhat weird and seems bulky, it also may come in handy for those worried about losing their AirPods (this is something I’ve actually done myself).

The case is currently listed for $79 USD on Kickstarter, which comes to about $95 CAD. Migicovsky last year sold his smartwatch company, Pebble, to Fitbit, which shuttered the brand and absorbed the company’s intellectual property and its engineering team.

The PodCase has a loose shipping date of February 2018.