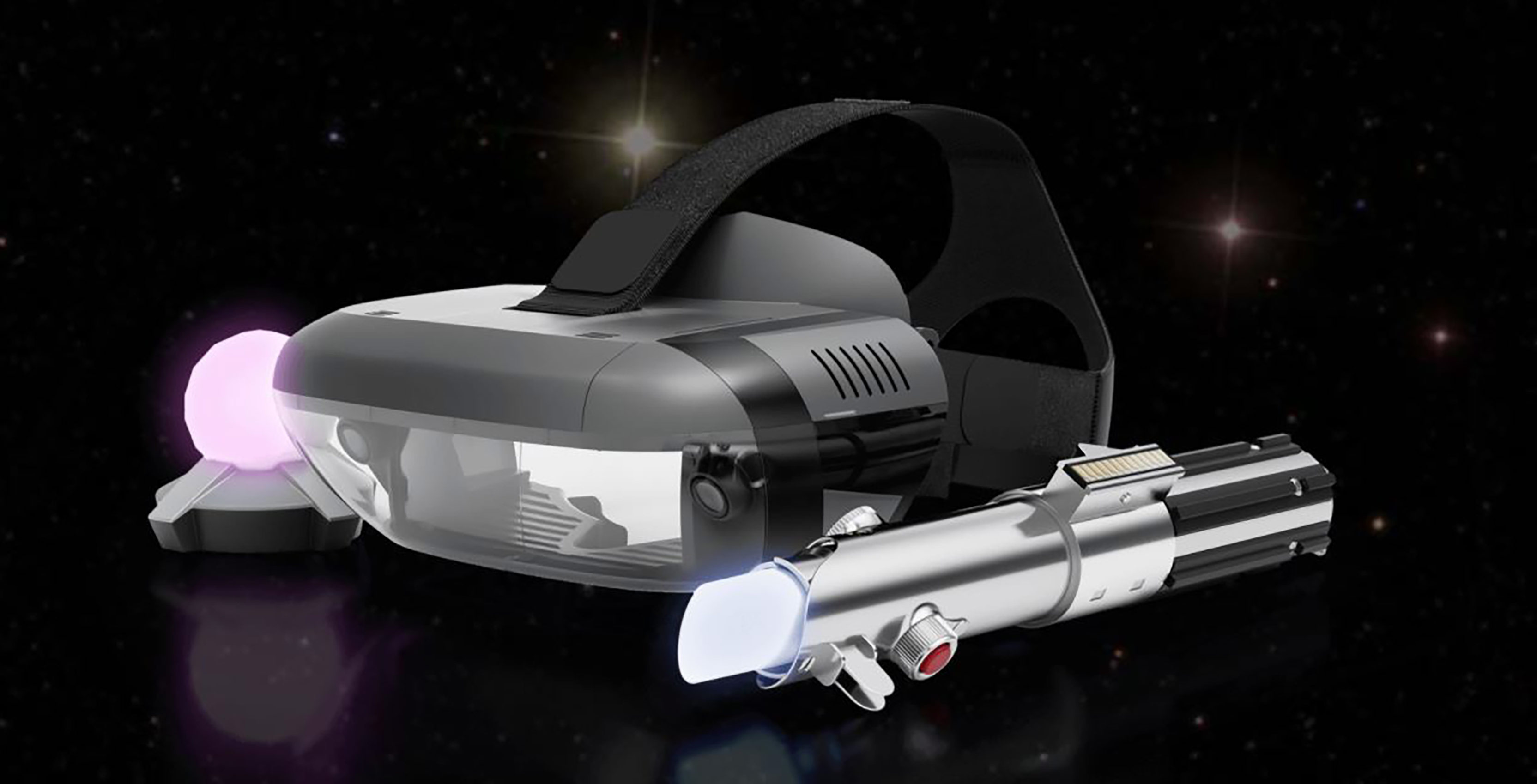 The Lenovo Mirage is the company’s first look into the augmented reality (AR) market and is a Star Wars exclusive. Lenovo has partnered with Disney to develop an AR headset that’s capable offering users a Star Wars-themed gaming experience.

The headset utilizes over-the-head and side straps that look easy to put on, as well as a clear front visor and internal lenses. The device works similarly to Samsung’s Gear VR, but utilizes AR instead of virtual reality. This means the headset utilizes the camera present on the smartphone to pass information to the AR headset.

The Lenovo Mirage also comes with a tracking beacon that keeps an accurate location of the user.

The Mirage only works with the following devices:

What’s most interesting is the headset comes with a motion controlled lightsaber that will operate with the headset’s upcoming Jedi Challenges experience. The lightsaber is about 315.5mm x 47.2mm, which is actually longer in length than an actual lightsaber, according to Wikipedia. The lightsaber is used to fight against a sith, play holochess and also play a strategic combative game.

The AR headset costs $289.99 CAD and can be pre-ordered on Lenovo or Best Buy’s website.