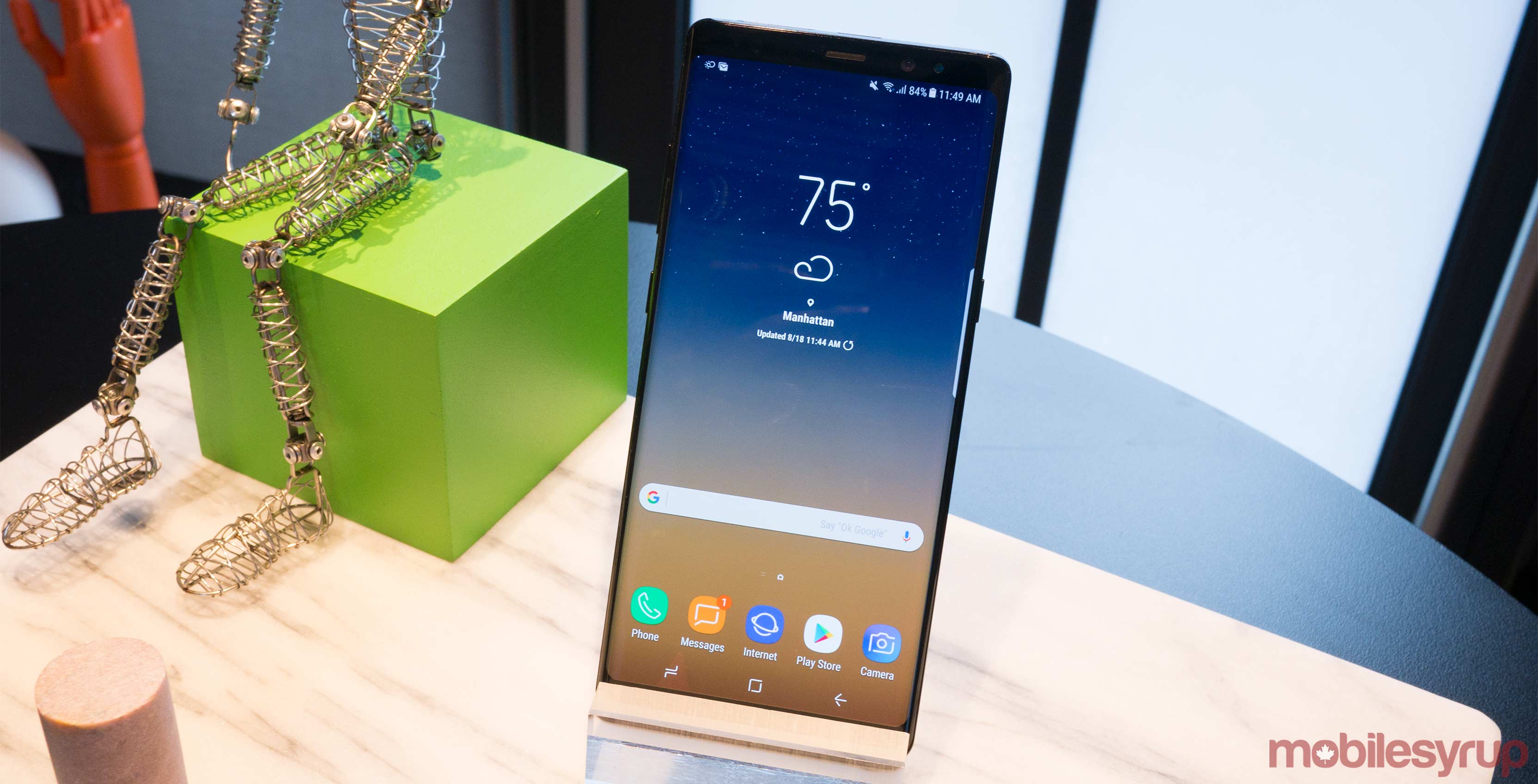 Samsung’s recently revealed Galaxy Note 8, the latest version of the South Korean company’s larger device line-up and successor to the ill-fated Note 7, is set to be sold at a number of Canadian carriers, with the manufacturer specifically citing Bell, Eastlink, Freedom Mobile, BellMTS, SaskTel, Telus, Koodo, Rogers and Videotron.

Customers who pre-order between August 23rd and September 14th will receive a free 128GB Micro SD card and Samsung Wireless Charger Convertible, depending on where the phone is purchased. The Galaxy Note 8 will be widely available in Canada on September 15th.

Those purchasing the device off-contract will be hit with a substantial $1,299 CAD price tag. As specific carrier pricing and availability is revealed, we’ll continuously update this story. Below, check out the carrier pricing we have so far.

The handset is also available through Best Buy Canada and The Source, with the same promotional pre-order gifts.

Additionally, Samsung Canada has confirmed that previous Note 7 owners will have the opportunity to upgrade to the Note 8 with an incentive — though it has yet to reveal the full details are.