Hellblade: Senua’s Sacrifice is a thought-provoking, psychosis-filled experience [This Week in Gaming][Update]

Ninja Theory’s Hellblade: Senua’s Sacrifice features a compelling story, vivid imagery, crafty puzzles and gameplay that truly tests all of your senses and your understanding of psychosis.

In Western society, many of us have gotten used to certain institutionalized concepts that people consider the norm, such as the prince saving his princess, being afraid to talk about issues of mental health and women requiring a man to defend them.

More so than many other games I’ve played in the past, Hellblade: Senua’s Sacrifice completely demolishes those walls.

Senua’s Sacrifice brings players into a fantastical world full of Norse mythology. Dillion, the soul of protagonist Senua’s lover, is forever be tormented in the world of Helheim unless Senua does something about it.

To save Dillion’s soul, you as Senua have to duel against enemies, figure out difficult puzzles and deal with her crippling psychosis. Senua has schizophrenia and hears voices throughout the game; sometimes they’re helpful, though more of often than not they try to discourage both you the player and Senua. Naturally, you will listen to what they have to say, even if that’s not always the best choice.

The voices in your head 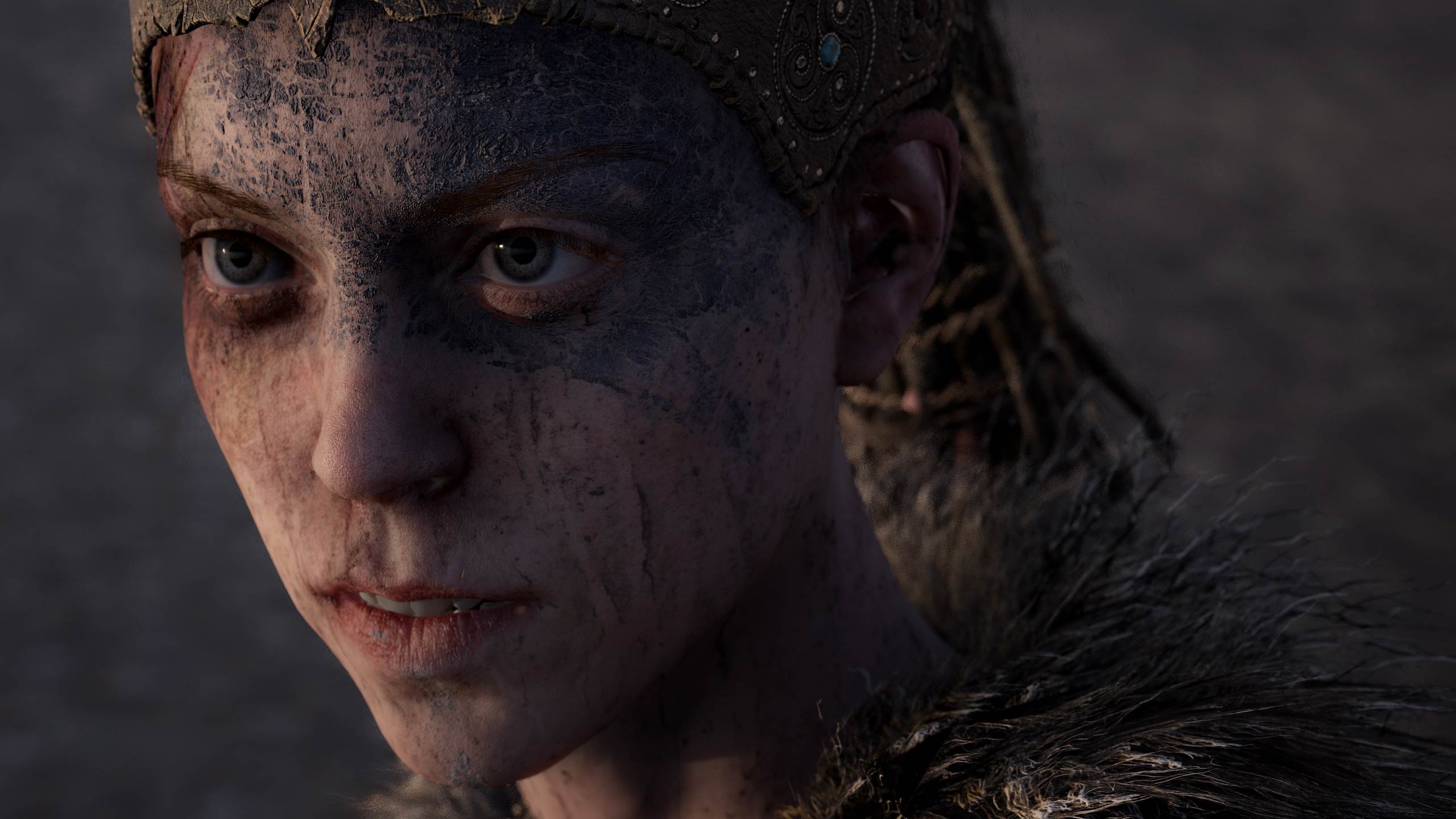 The voices sometimes spur the player by saying negative things about Senua like “she’s lost,” “she doesn’t know where she’s going” and “she’s going the wrong way.” Occasionally, one voice, however, will tell the player more about Senua’s life.

Meanwhile, another voice from Senua’s past threatens her several times throughout the game. Senua argues with this voice periodically and it’s the one she finds hardest to ignore. This voice will attempt to scare Senua, yell at her, and remind her of past failures to keep her from accomplishing her goal.

Throughout the game, Senua also experiences hallucinations, seeing an old friend or her mother in places where they aren’t actually there. 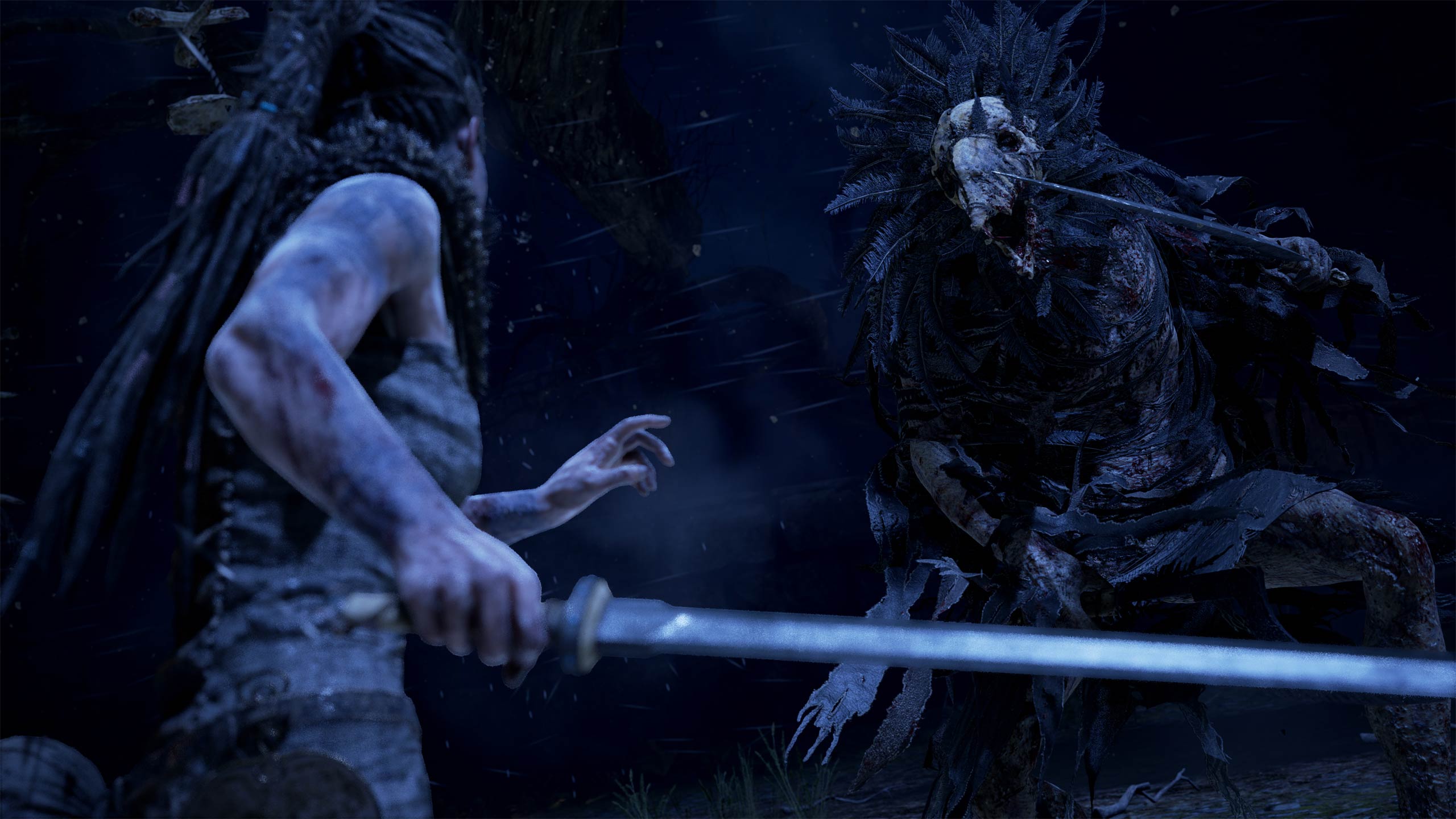 While Senua deals with her debilitating psychosis, she also has to battle ferociously to get through the gates of Helheim.

At first, battles are intense and heart pumping. However, as the game continues, they become tiresome and often drag on for far too long. Additionally, I found that the game’s unrealistic blood broke the experience.

Hellblade: Senua’s Sacrifice doesn’t offer great enemy variety, either; other than in the few boss battles the game offered, there were no more than five or six enemy types.

It was easy to learn how each of the enemy types fought and that made combat very tiresome. While on a harder difficulty the battles became more challenging, I found that they leave didn’t leave me satisfied, and by the end of the game I tried to avoid combat altogether.

The voices also help Senua during combat, telling her when to evade or deflect a blow. Partway through my time with the game, I started to rely on the voices and wouldn’t hesitate to fight aggressively until the voices told me to dodge an attack.

I found Ninja Theory’s decision to not show health bar information odd. The game does offer an interesting concept that made the battles worth trying to live through, however.

If Senua dies too many times, the game will delete the player’s save files, forcing them to start from the beginning. Although I never experienced the game erase my save file, knowing that each death brought me closer to a point of no return made me want to desperately fight on. 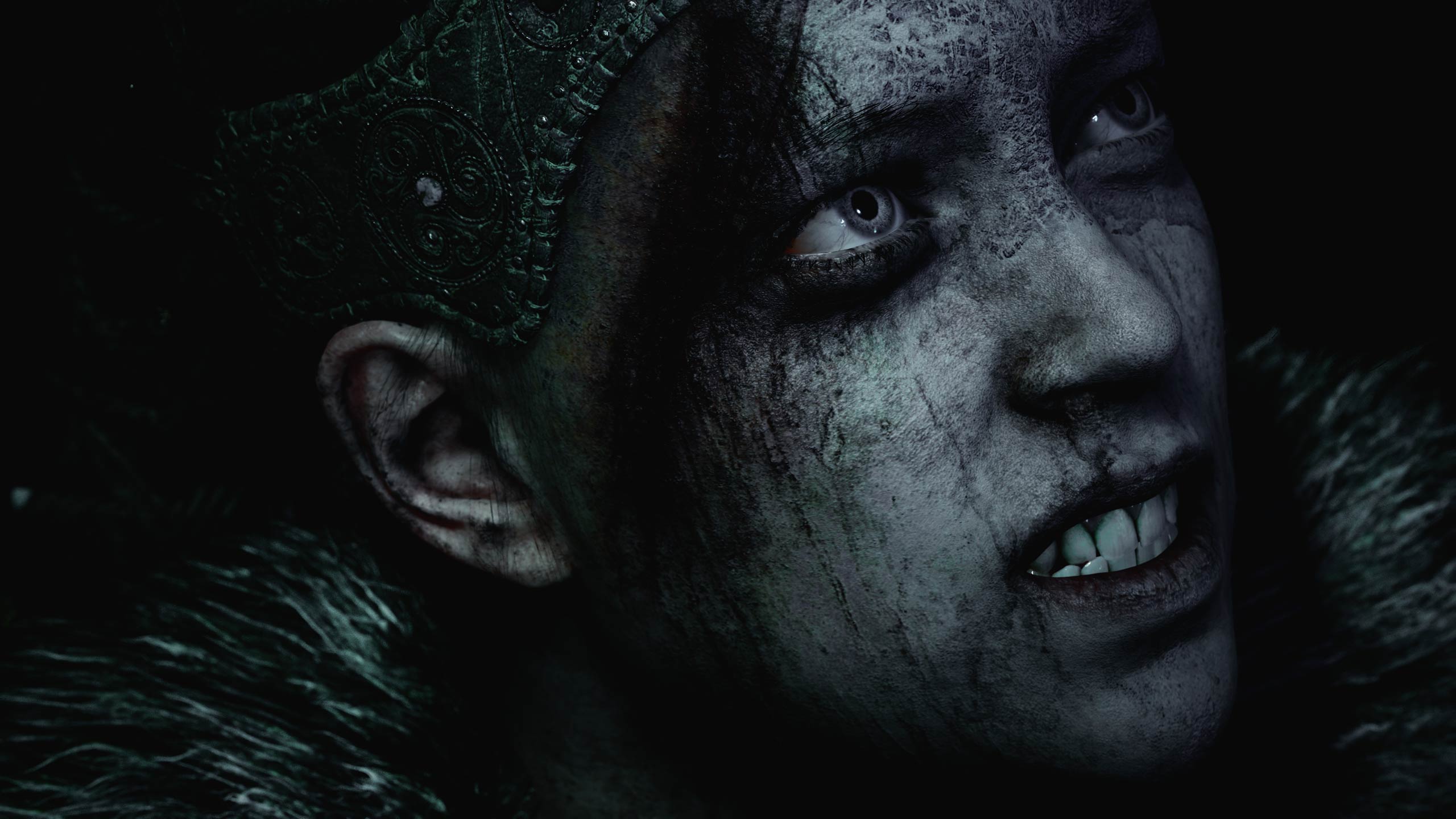 While Senua’s Sacrifice isn’t the most combat-heavy game, the experience itself is worth the $39.99 CAD purchase. The game looks beautiful, with Senua being particularly detailed. Even when covered with dirt and blood, Senua was still stunning.

Throughout Hellblade, Senua’s features convey her emotions perfectly, making her distress evident throughout the whole game, especially during the cutscenes in which Senua talks to the voices in her head.

Senua isn’t the only character that looks phenomenal — all of her enemies are similarly awe-inspiring. From the first encounter with each of the enemy types, you can tell a lot of work was put into their design. The enemy gods that Senua has to fight against were similarly done well, and though they don’t look exactly like how they are in Norse depictions, their design concepts were haunting and impressive nonetheless.

The world felt cold and alluring, and I just wanted to stare around at the landscape, which was mostly filled with dead bodies. The game also has an amazing soundtrack, provided a great tone for Senua’s adventure and had me awe-inspired throughout all of the crucial points in the game. 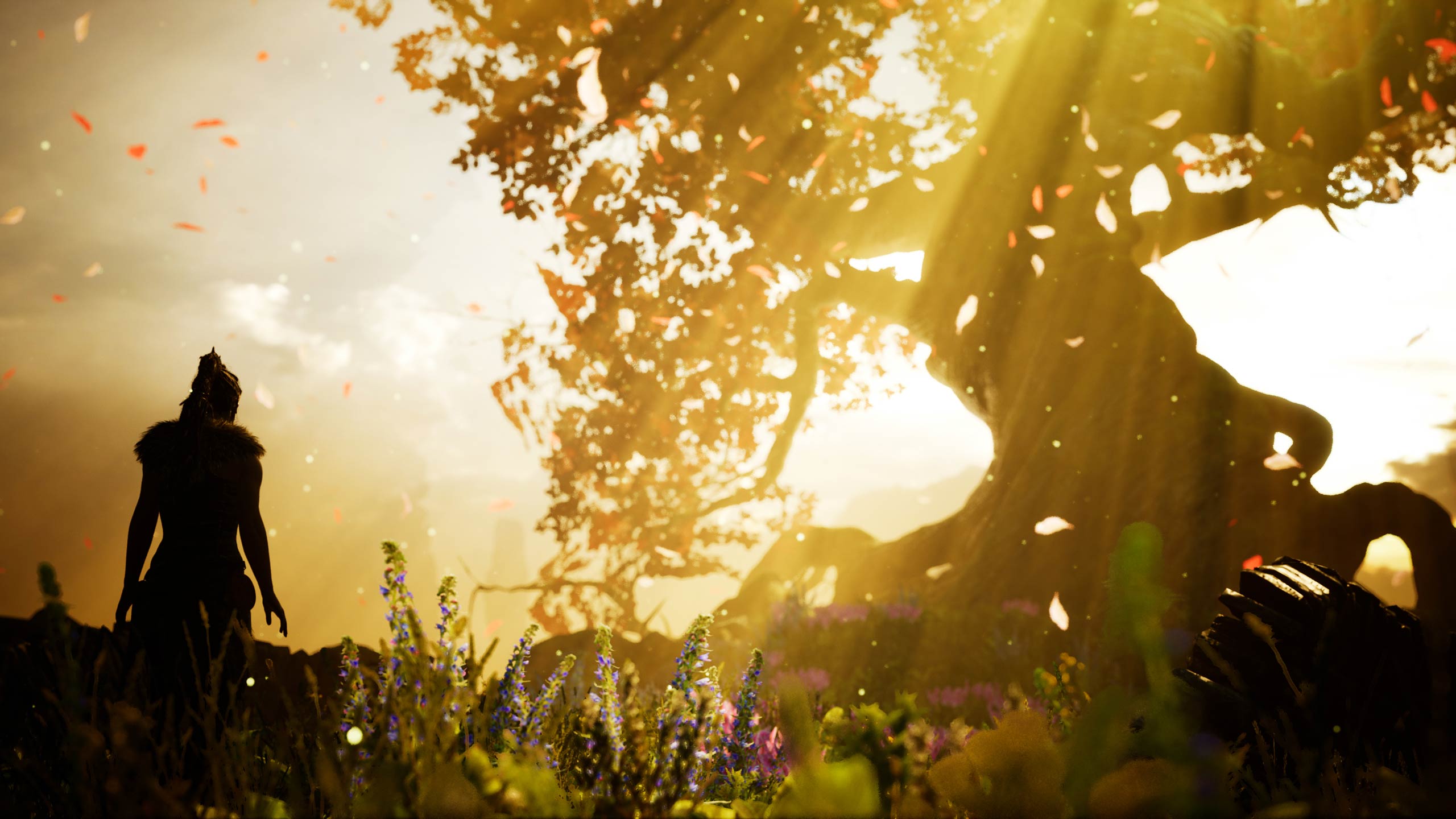 Senua’s Sacrifice offers a lot of puzzles and you’re taught early on that your eyes deceive you. Due to certain characters in the game, there are illusions placed throughout the world that cause the game to be more challenging.

During certain challenges, the protagonist will see a destroyed bridge and have to look at it at the right angle to either break the illusion or see that the bridge wasn’t destroyed.

Senua’s psychosis allowed her to open gates and doors by just matching them with the corresponding shapes in the environment. Sometimes she would have to match a shape with shadows, trees or even just the scorched earth on the ground.

Occasionally, I found the puzzles difficult to figure out, though none were impossible. After a while, you start to realize little reoccurring tricks.

For example, it would be impossible to solve some of the puzzles unless you first illuminated a lamp post. The game is also very helpful and tells the player when they’re close to a solution.

Senua’s Sacrifice was an eye-opening experience. Ninja Theory said they spoke to those who experience psychosis and psychiatrists and its quite evident throughout my time with the game.

Senua having to deal with her own inner demons and the enemies around her made you care more for her. It also made me wonder about the people struggling with a similar psychosis. The game was the perfect combination of a driving storyline that touched on a bigger issue without fantasizing it. Hellblade: Senua’s Sacrifice was very thought-proving, gruesome and bewitching experience, all at the same time.