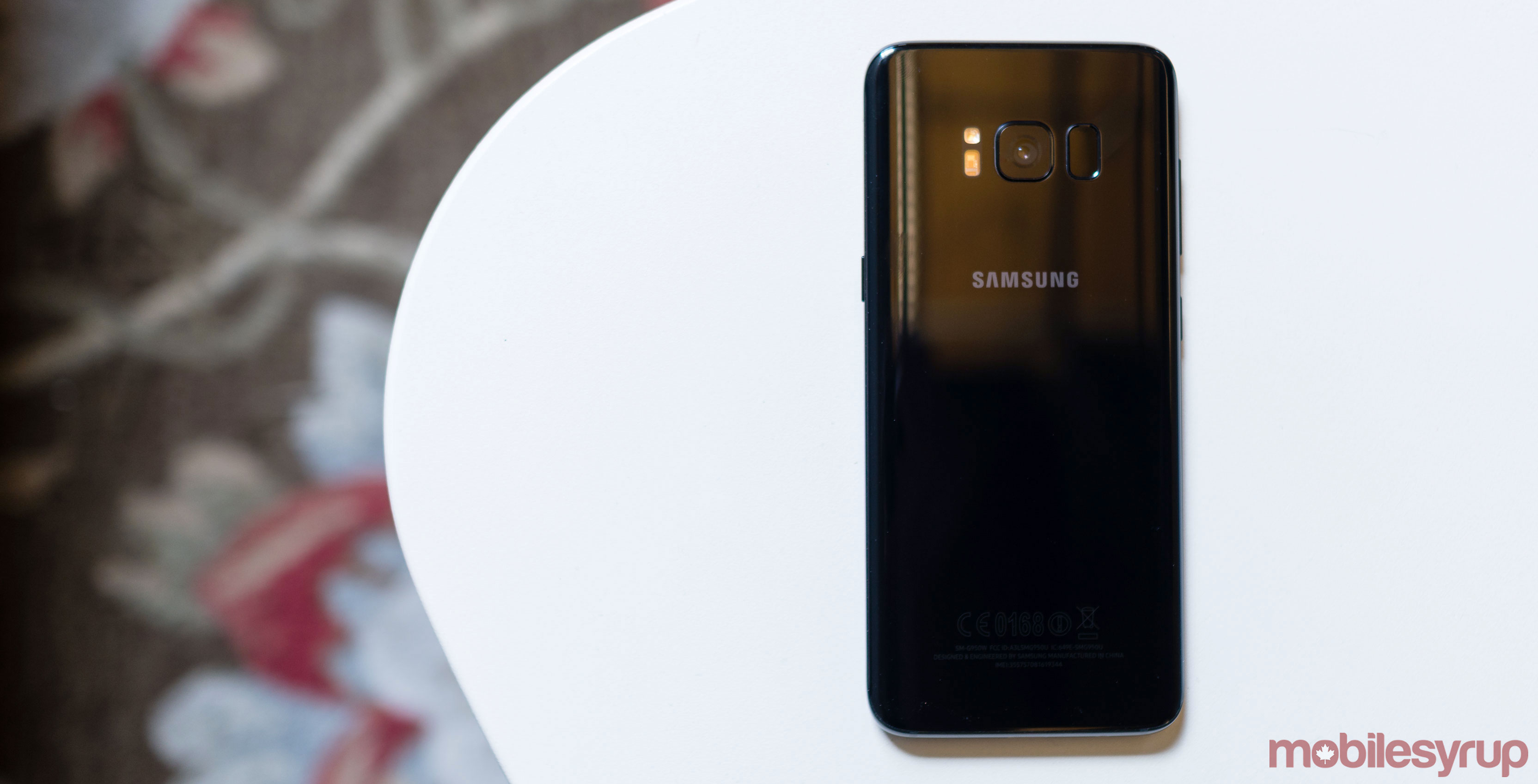 If you were disappointed Samsung didn’t overhaul the rear camera in the Galaxy S8 and S8+, you shouldn’t be. Sticking to what worked previously has suited both output and performance just fine.

Samsung’s Galaxy S6 was an influential device, despite the division it sowed. Having cut out the water-resistance and memory card slot, the company alienated some, but the improved glass-heavy design befitted a high-end flagship.

A turning point of that device that has been arguably overlooked is the camera. It was really the first time I could recall Samsung building an effective shooter — at least under decent lighting. The Galaxy S7 and S7 edge took it up a notch with vastly improved low-light performance.

The cameras in the Galaxy S8 and S8+ weren’t really touched, but should they have been? Expectations for trend-setting handsets usually lead to careful experimentation, a lesson Samsung has learned the hard way more than once.

Despite the lack of major changes, these two phones can still shoot with the best of them. The catch is that their best results are somewhat hidden away. 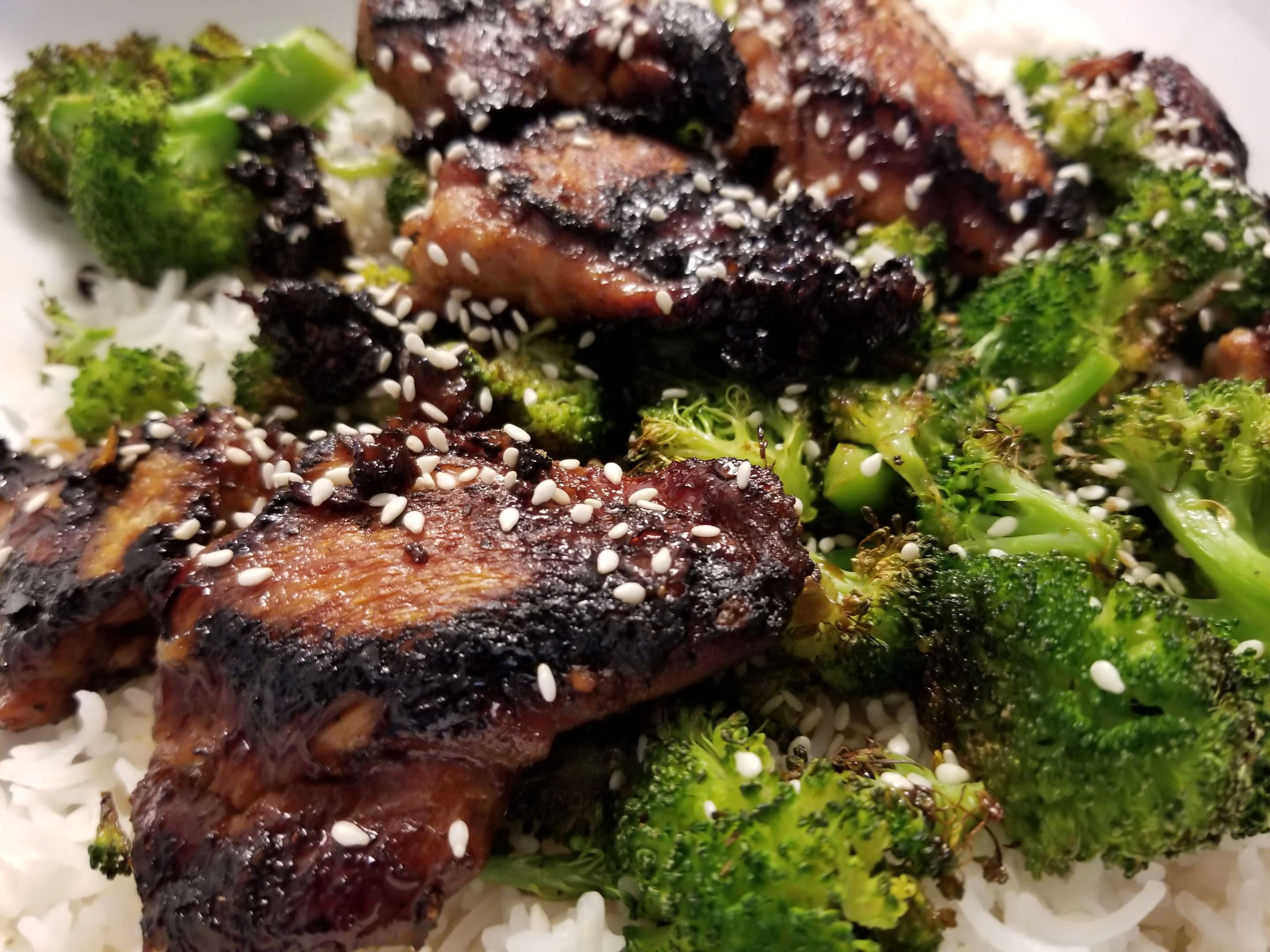 When Samsung introduced Pro mode into its camera interface, it brought in DSLR-style manual controls. Coupled with a better image sensor and wider aperture in the Galaxy S7 and S7 edge, the company had finally turned a corner to proper elite status in smartphone photography.

One of the most popular flagships should offer high-end photography, at least by smartphone standards. Previously, performance had improved incrementally with each successive Galaxy launch — except it was only truly visible in good lighting situations. The Galaxy S7 and S7 edge finally changed that.

Not surprising, then, that the same camera was squeezed into the ill-fated Galaxy Note 7, and essentially the same one re-purposed for both the Galaxy S8 and S8+. Smart move, for the most part; Samsung’s recent tendency to refrain from excessive gimmickry has benefitted the camera along the way.

Rather than cram in superfluous features with singular intent, the focus on improving the foundational layer of overall composition has borne fruit for the company. Case in point: going with larger pixels and a wider f/1.7 aperture meant more light could hit the image sensor in the S7 and S7 edge. The dual-pixel sensor implemented phase detection across every pixel, which explains why it could focus so quickly, regardless of lighting conditions.

The S8 and S8+ inherited all of this, meaning there are no real surprises here. Shooting modes include Auto, Pro, Panorama, Selective Focus, Slow Motion, Hyperlapse, Food and Virtual Shot. Technically, the skin tone slider that is always accessible in Auto might count as one too. 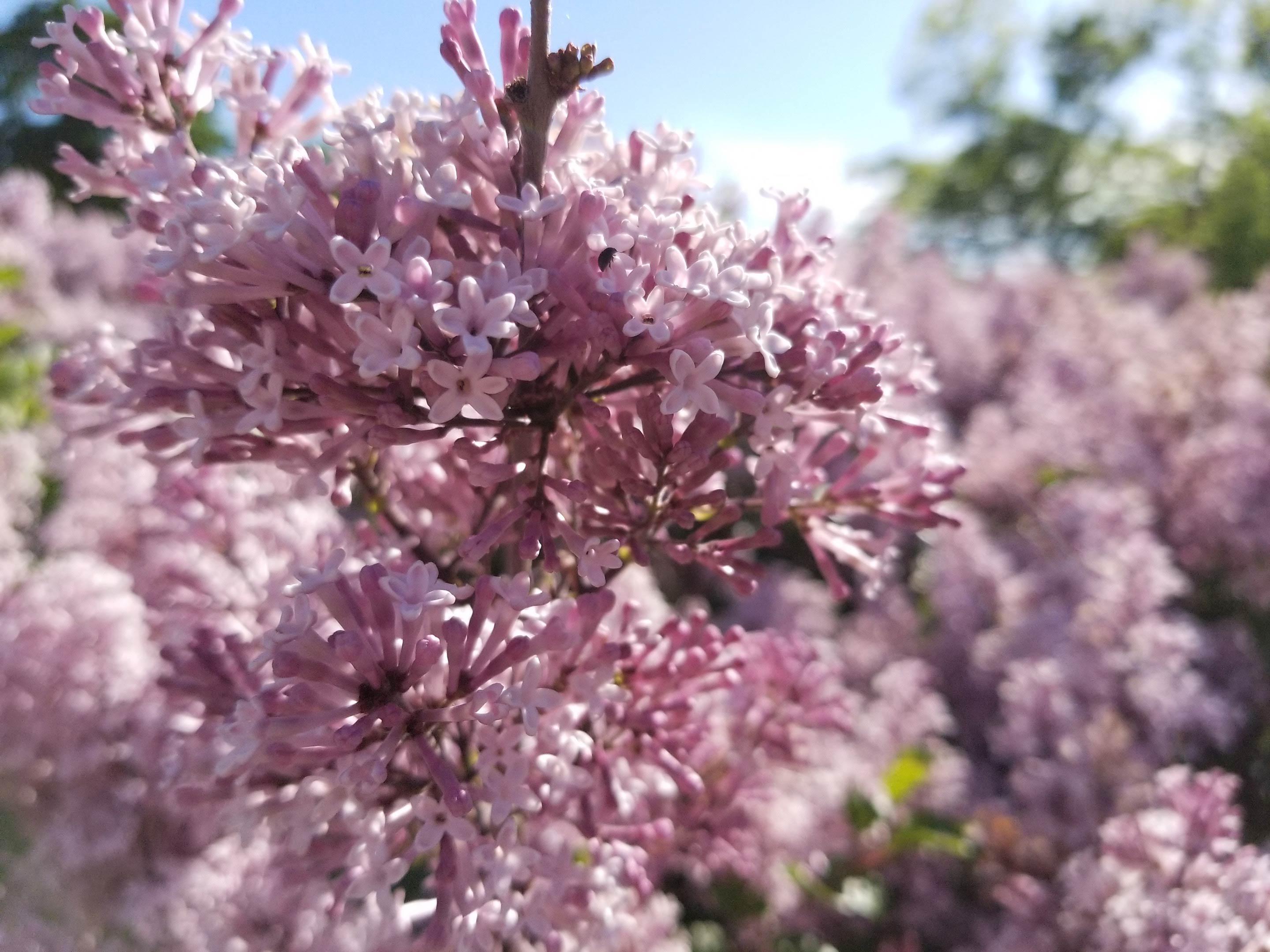 Truly discerning this phone’s camera performance begins with the Pro mode. Two reasons stand out. First, the reduced post-processing that occurs, and second, the ability to shoot in RAW, which eliminates any post-processing. Not everyone has the patience or knowledge for the latter part, but people who care about taking impressive and artistic shots with their S8 or S8+ very well might. Of course, you can always choose to save both a JPEG and RAW copy of each image, though it can take up a lot of storage after a while.

Adjusting ISO, shutter speed, auto-focus, white balance, exposure compensation, and even tone, puts far more control in your hands. Each one is adjustable via a slider. Responsive as it is, I’ve never been completely sold on how the interface looks and feels.

The two settings that stand out the most are ISO and shutter speed. It is possible to set either one to auto and adjust the other to see what happens, but I often find it skewing too far, so I set them both manually. In low-light, a slightly underexposed shot is generally better than an overexposed one because colour reproduction is better, and there is a greater chance of bringing out more detail with less noise in post-editing.

One thing the S8 and S8+ are very good at is shooting at night or in low-light by hand, but rest it on a flat surface or tripod and use a timer, and the results can be even better. Really slow shutter speeds with fairly low ISO (to keep out noise) are highly susceptible to any movement, making free hand shooting virtually impossible on either device.

For example, shooting the moon in the clouds and getting some detail out of it would have been impossible without using a tripod. Samsung’s AMOLED displays can still exaggerate colours in any photo, but gone are the days where everything you shot looked like you used a vibrant pop art filter.

It doesn’t hurt that focusing is so fast. Shooting a photo right after focusing on a subject is among the fastest I’ve used on a smartphone, even in low-light situations. Shooting this way in RAW ensures post-processing doesn’t go overboard, but always gives you a JPEG to use or share anyway.

Without question, Pro is the best mode to learn and shoot in. It works well in all situations, and especially stands out in cases where Auto overcompensates to the point of ruining the shot. 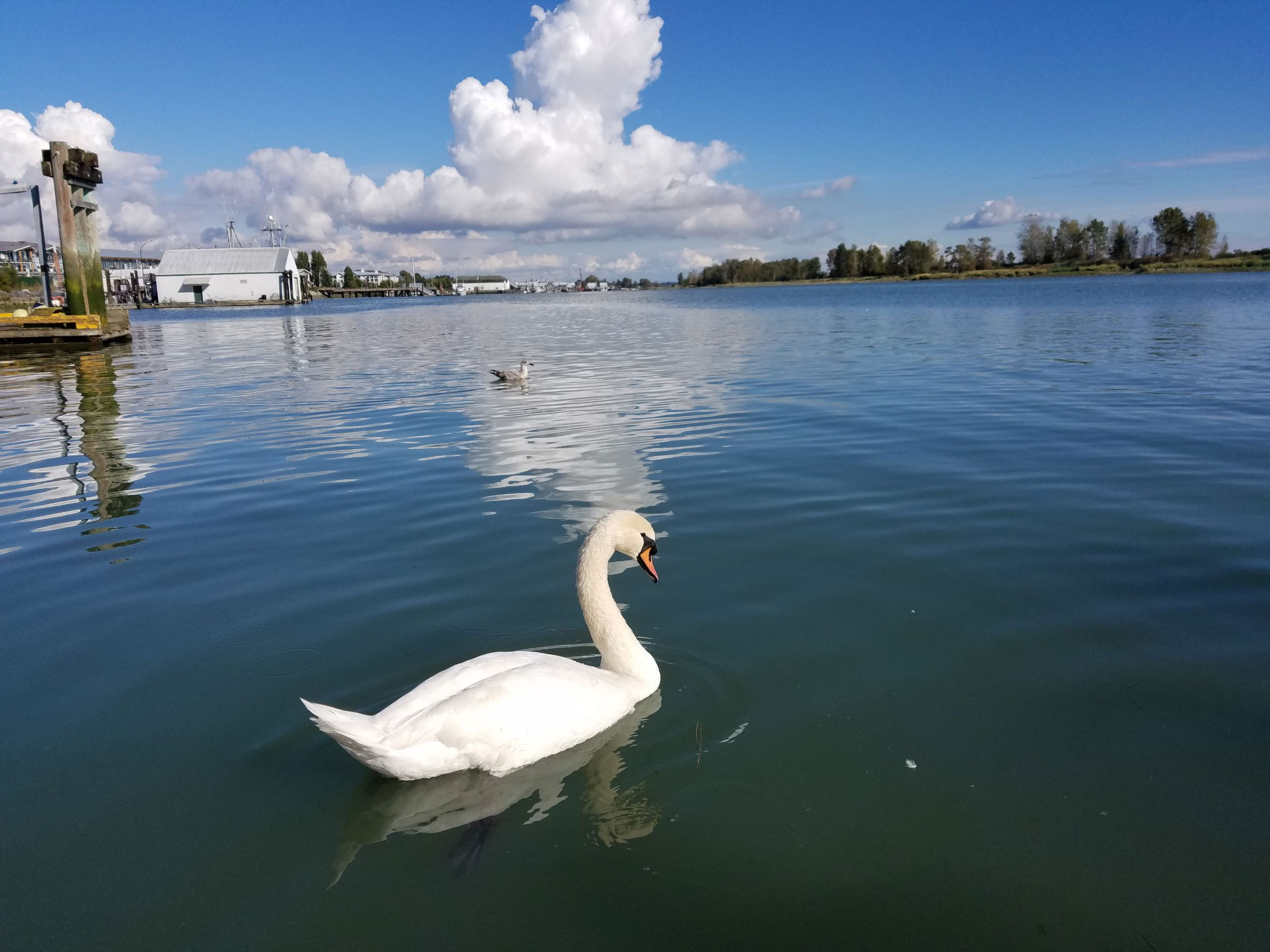 To utilize the full 12MP, Samsung wisely defaults to the 4:3 aspect ratio on the camera. Shooting in the wider 18:5:9 aspect ratio native to both the S8 and S8+ drops it down to 7.9MP. That’s still more than enough to get a nice sized image, and is probably better for capturing vistas and bigger groups.

Unlike certain competitors, Samsung hasn’t taken the same dive into dual-lens mobile photography. Selective Focus uses software trickery to create a depth of field effect. It’s actually not bad because the adjustable slider helps moderate the effect, though I’m not so sure that it’s all that different from years past.

The Food mode is also a carryover from before, but I suspect many S8 and S8+ users aren’t aware of it. I met an S8+ owner who didn’t even know there were other shooting modes, much less one devoted to food. Anecdotal, yes, but given Samsung’s reach with its flagship devices, some potentially great photos are lost because the company doesn’t play up these features. 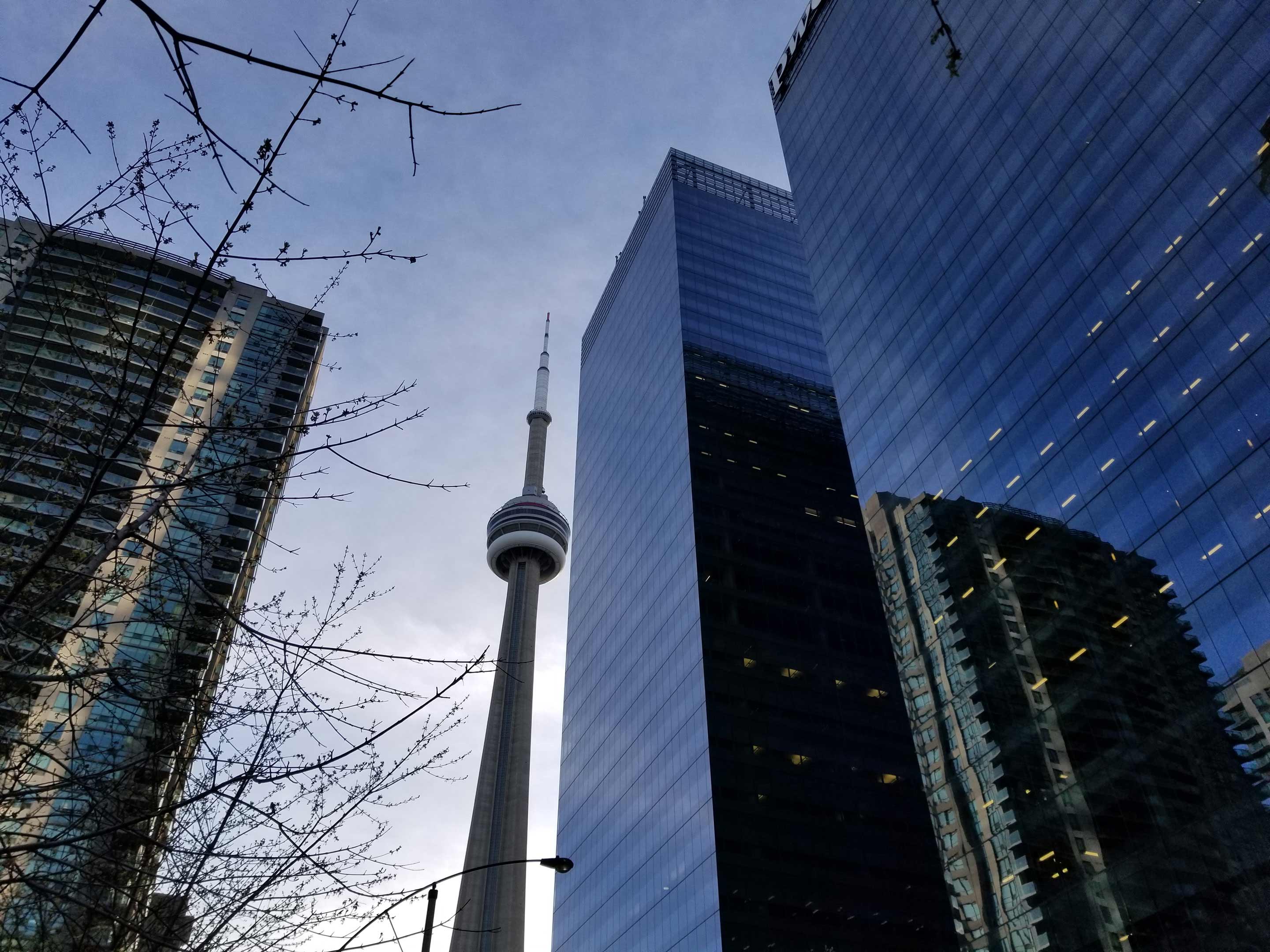 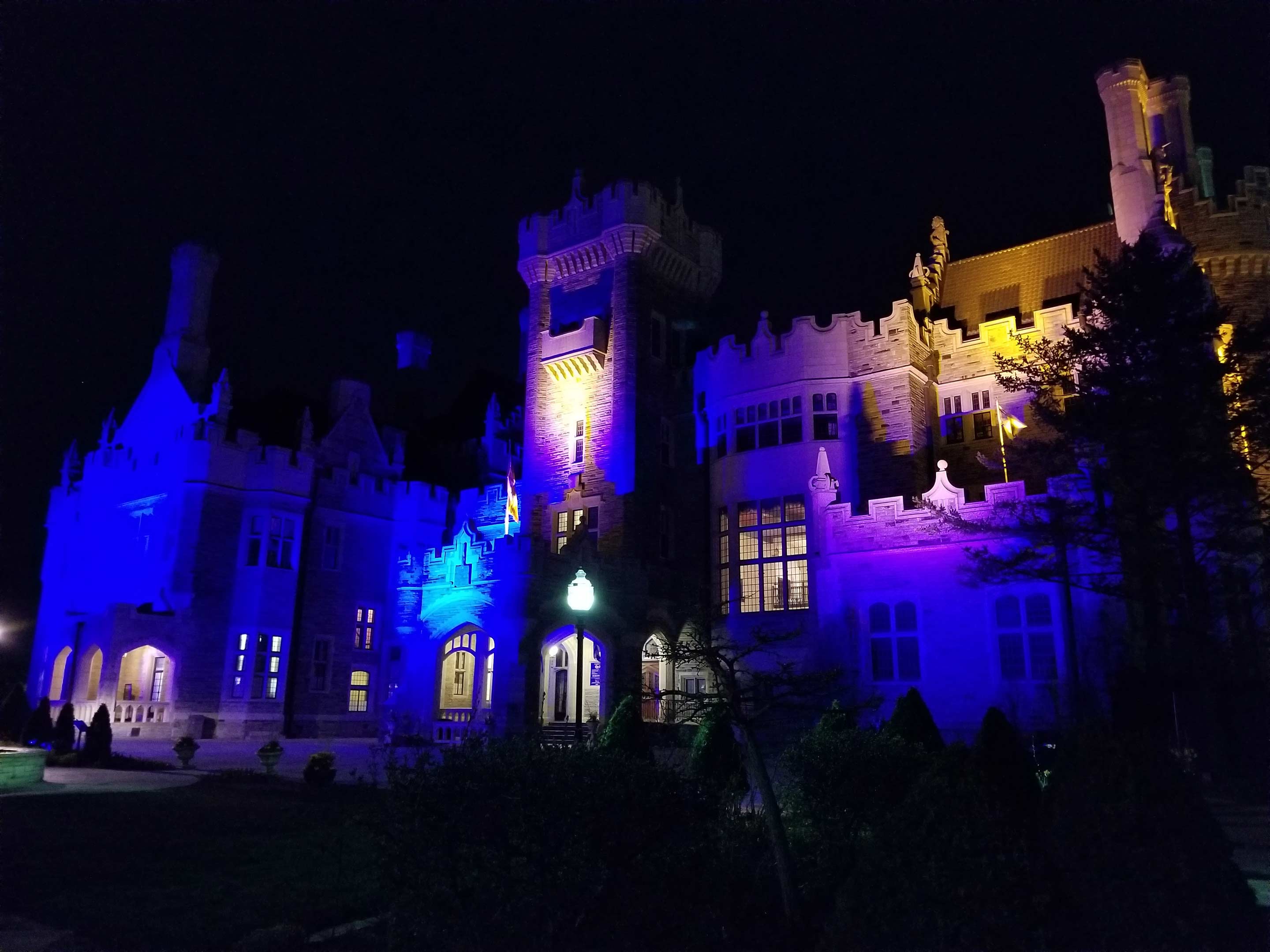 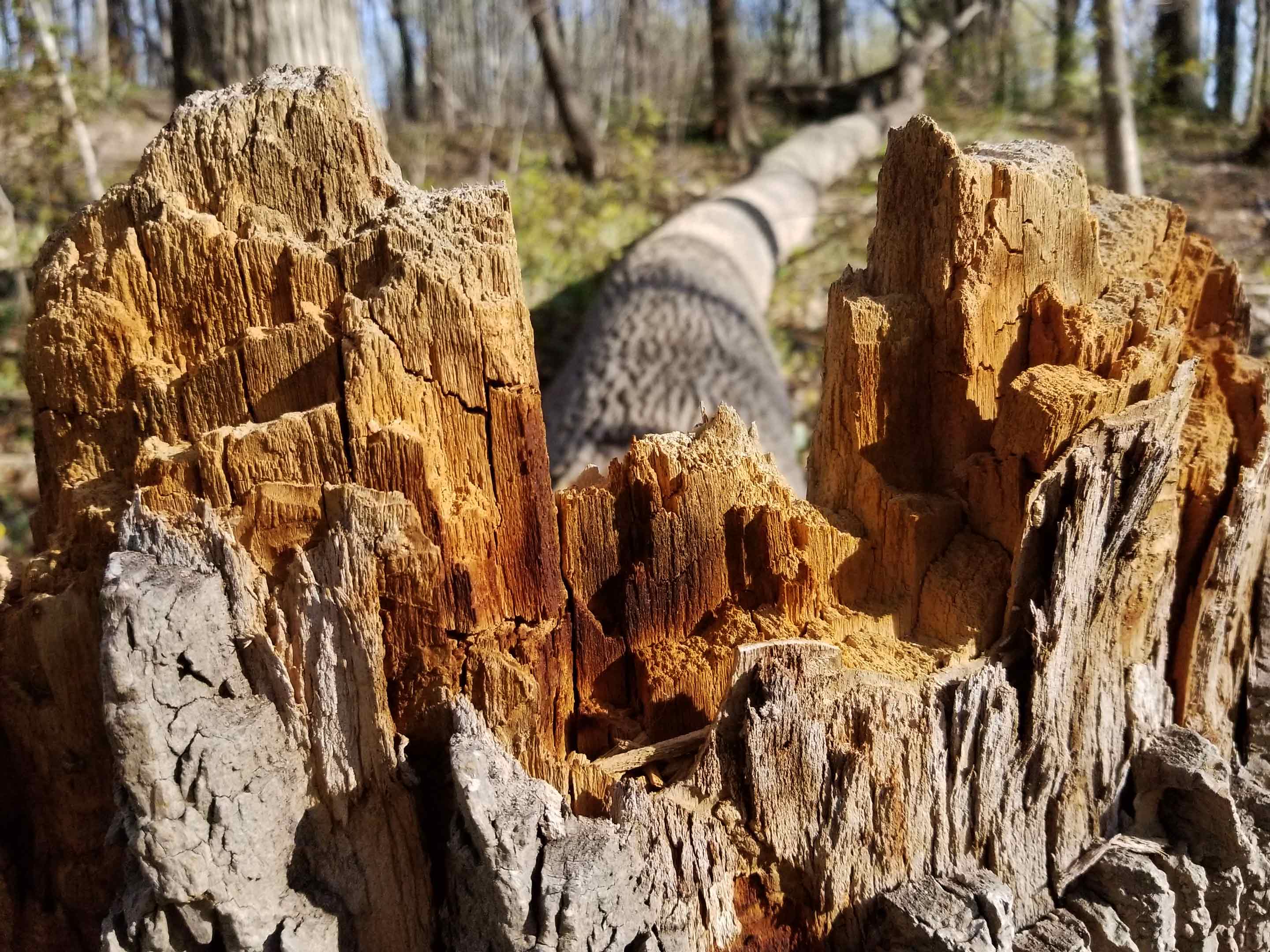 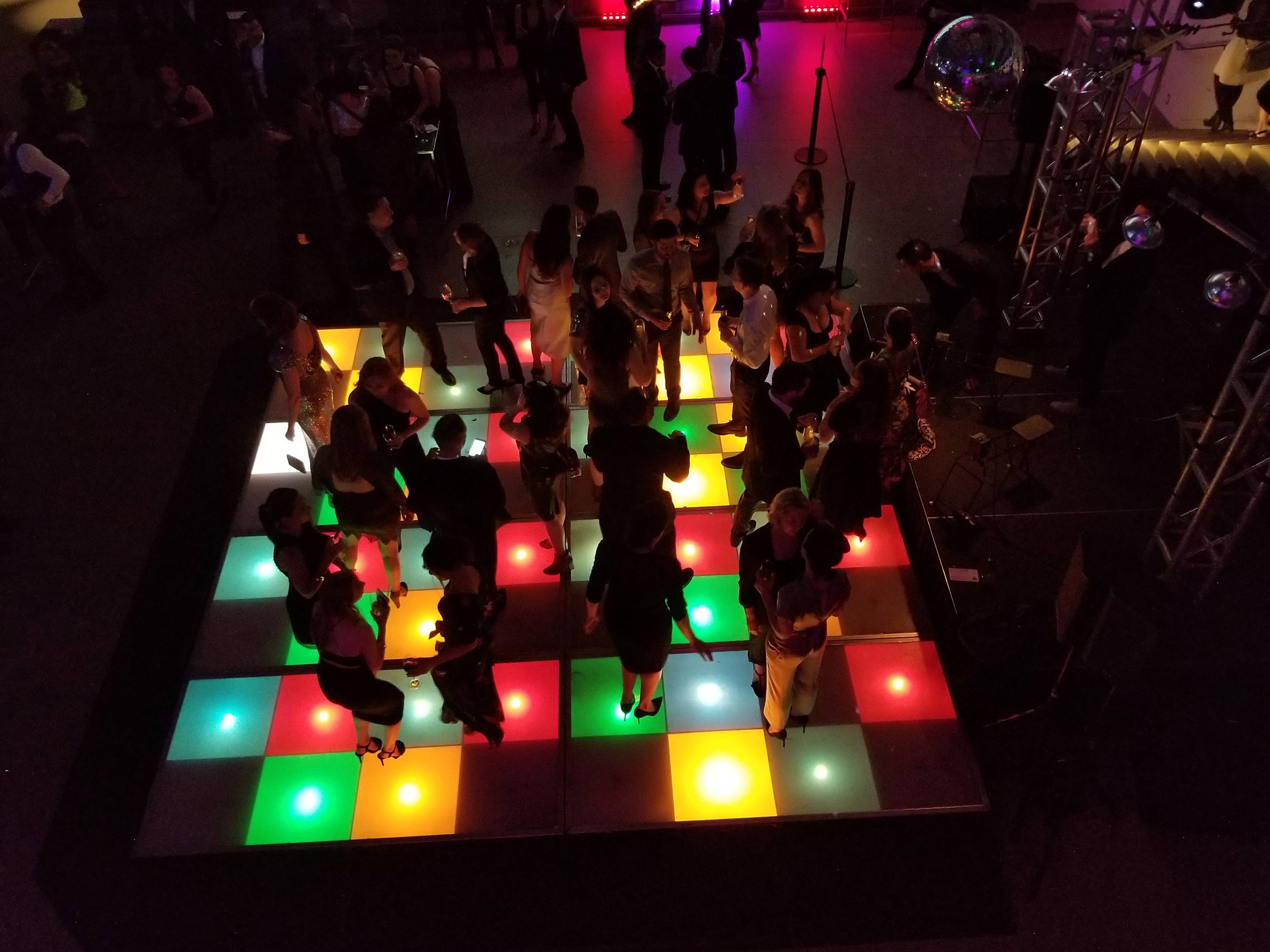 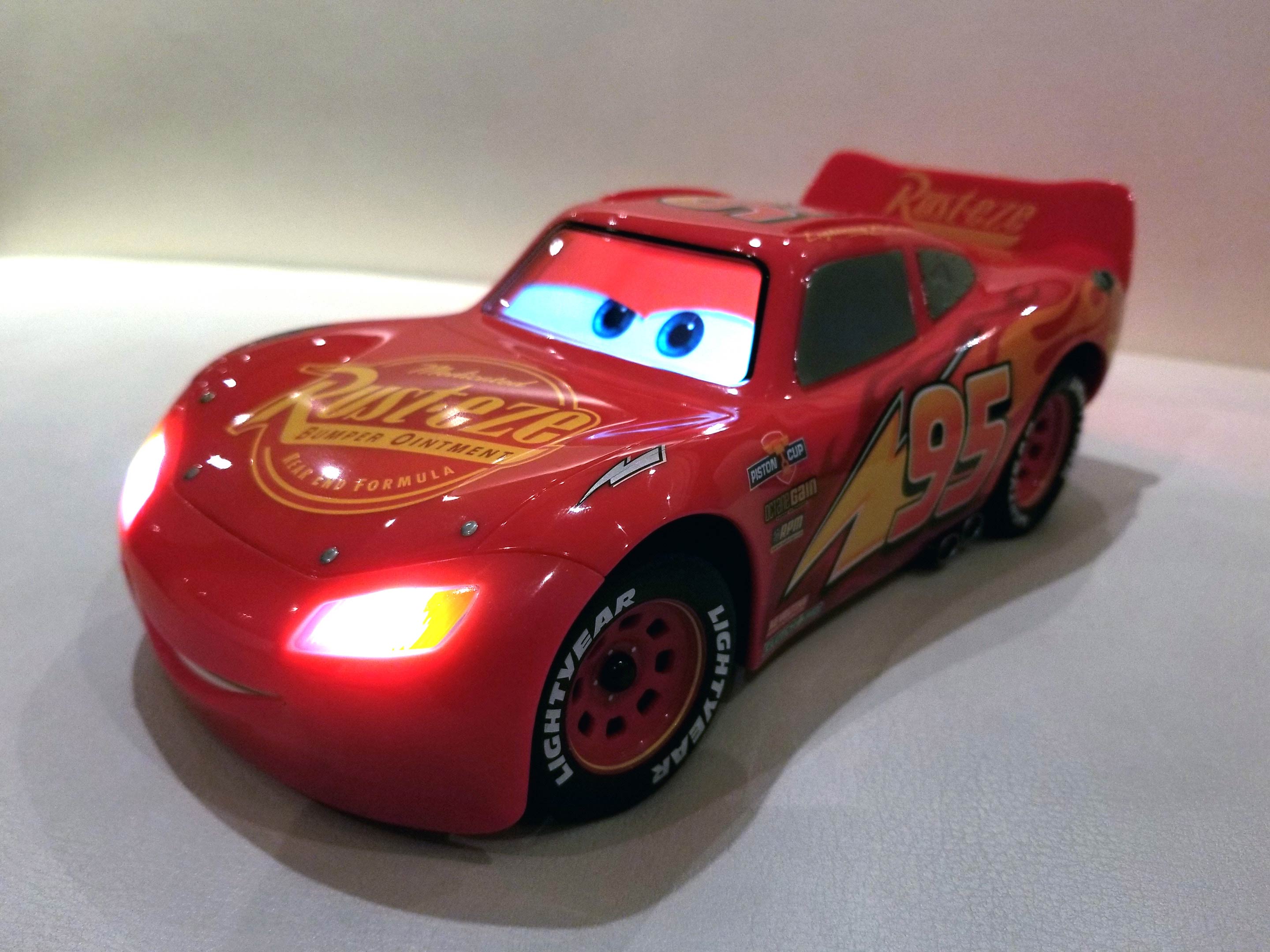 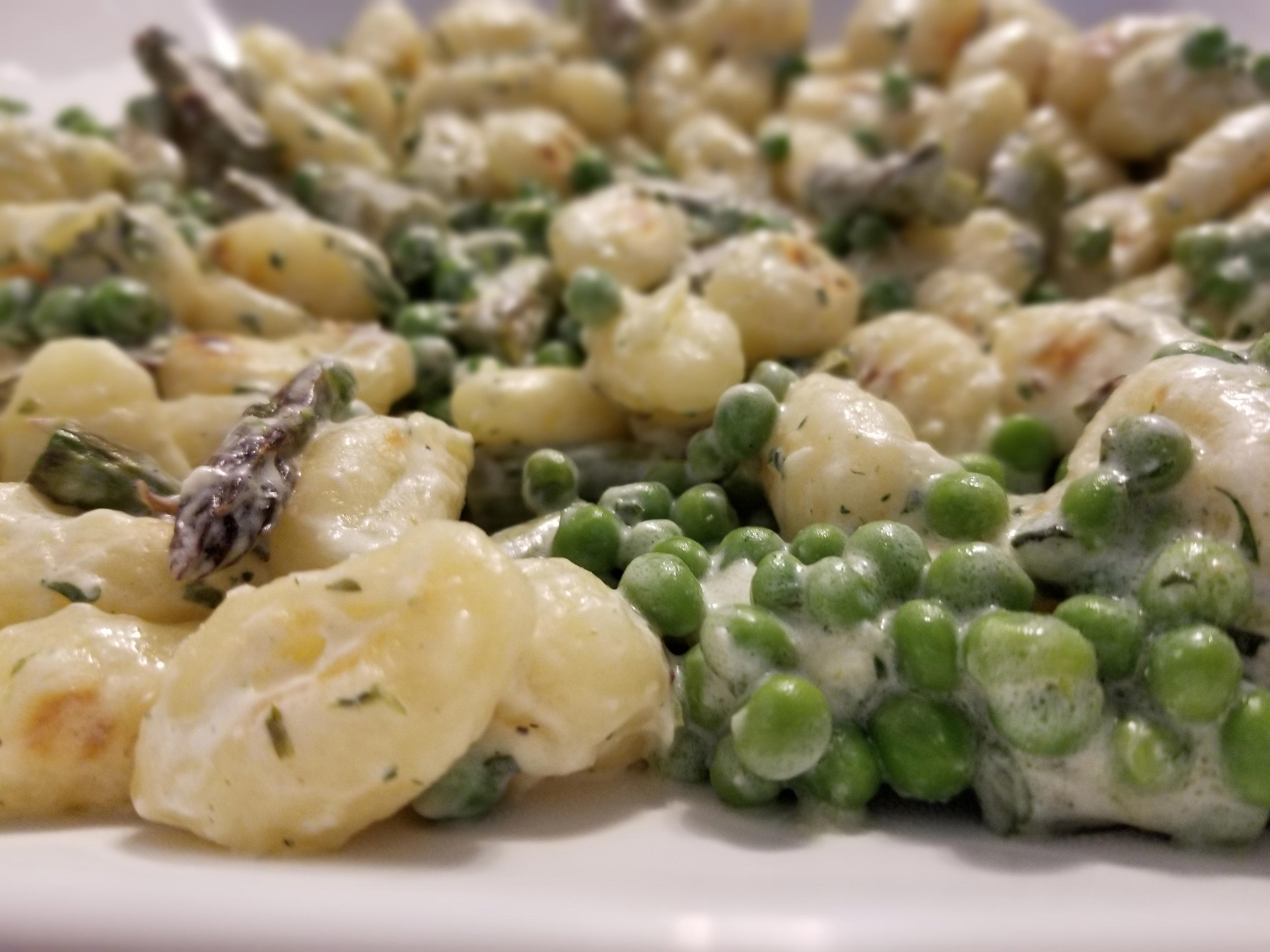 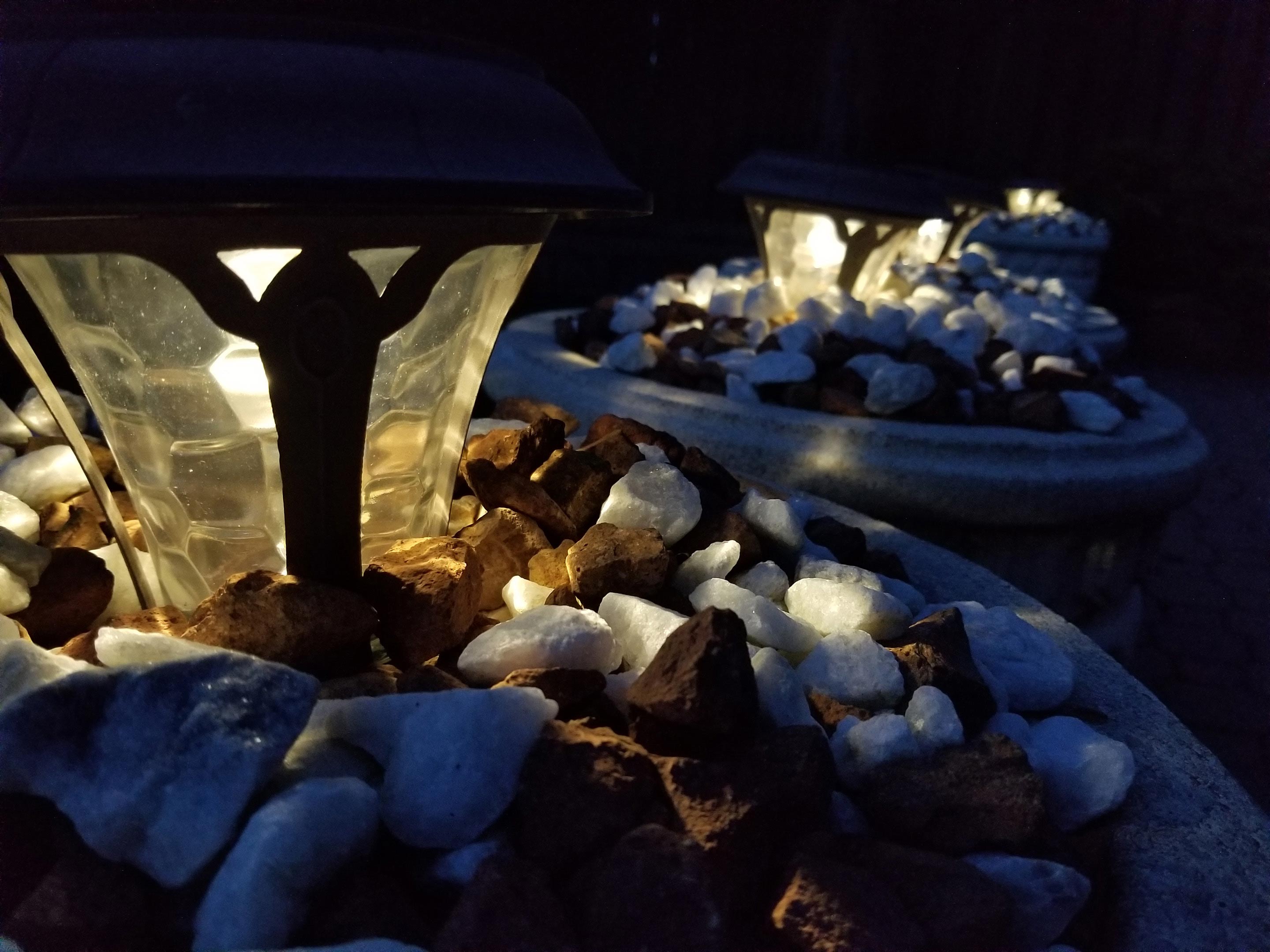 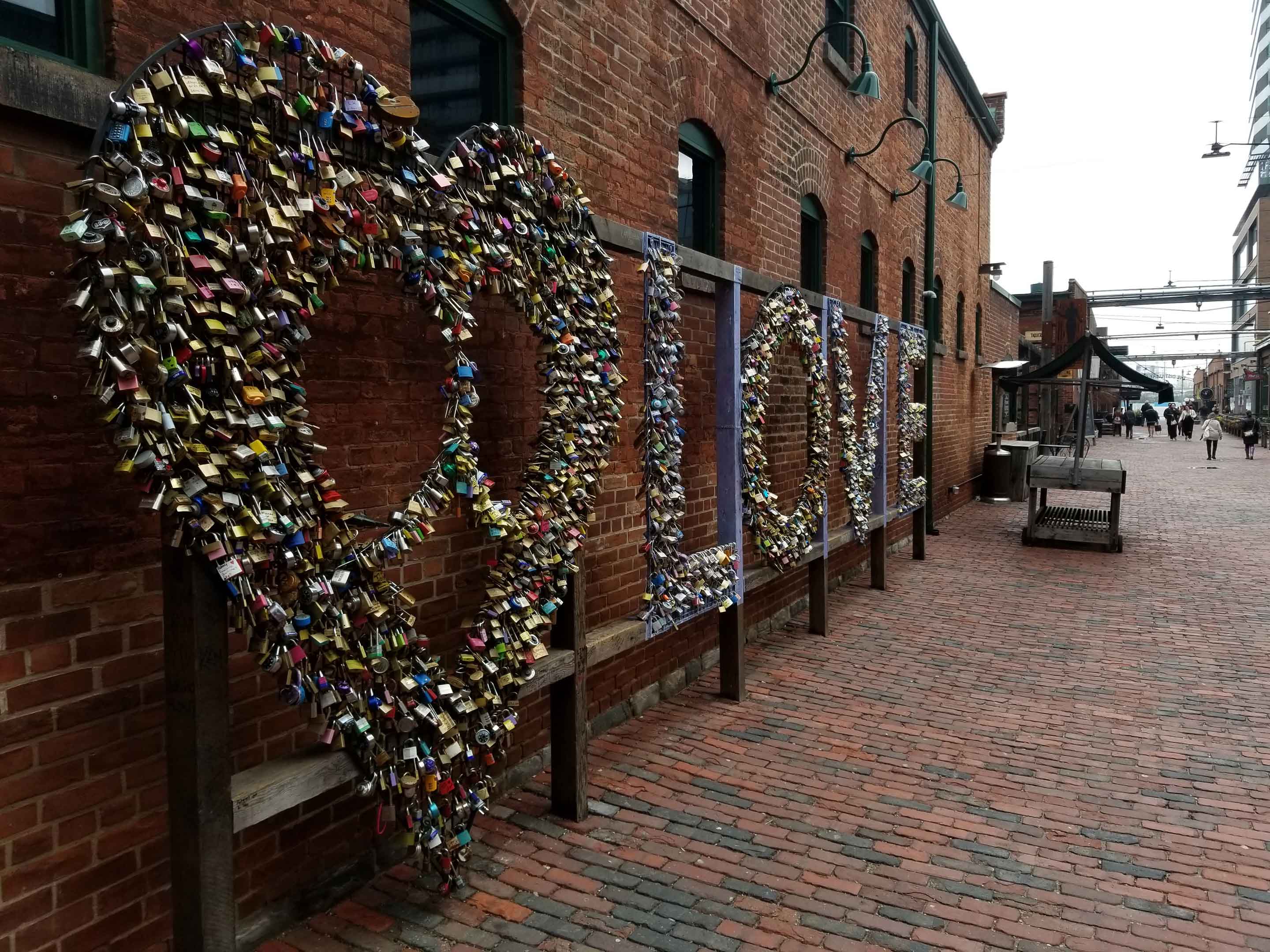 I’m not as bullish on modes like Hyperlapse and Virtual Shot, but at least they work, and are open to artistic exploration and experimentation. Even the Snapchat-style effects and stickers are an acquired taste, in my mind.

Samsung also barely noted shooting video in Pro mode. Long overdue, especially from a company trying to market live streaming capabilities where better quality should theoretically make a bigger impact. Setting up a still photo with Pro mode’s sliders already sets up a video because the recording button is next to the shutter. In the field, this is a much faster approach than making it a separate mode altogether, like the LG G6 camera does.

I noted the vibrancy of Samsung’s Super AMOLED displays already, and noting it again for the more realistic output. When I playback a photo or video on the S8 or S8+, I have more confidence it will look pretty much the same on a TV or laptop. That certainly wasn’t always the case in the past.

To describe this as a work in progress would be putting it mildly. Samsung played up Bixby heavily on the eve of the S8 and S8+ launch, only to then backpedal and say certain features weren’t ready yet.

Bixby Vision is one of the three pillars that make up the company’s new artificial intelligence. The idea of being able to point the camera at an object and shop for it directly is smart, but to date, I have found the implementation full of holes.

Most products weren’t recognized. Was it because I wasn’t angling the phone right to get the perfect shot, or was it a lack of retailer support? Probably both, but Samsung doesn’t confirm either way. If this unique camera feature is to have legs, quick improvement will be necessary.

One thing I wish Samsung would have included on the video side is 24fps. There is a 60fps setting at 1080p for shooting faster action, plus an auto-focus tracking (toggled on or off) in the settings, but nothing to add some cinematic flair to any regular video clip (other than slapping on a filter).

Not that quality is bad. It definitely isn’t, and adding Pro mode features makes it harder to shoot a poor quality video.

Live Broadcast is no longer a native feature in the camera app, and can now only be done directly on the YouTube or Facebook apps. One catch I’ve noted though: you need to have a certain number of YouTube subscribers in order to do it directly through that app. Facebook has no such restriction.

More of the good stuff

Compare the camera features and modes of, say, a Galaxy S4 to those of the S8 and S8+ and the difference is stark. Sure, the smartphone camera technology of the time was more limited, but the list of modes and gimmicks to shoot with seemed endless. Now, it’s the reverse. Fewer modes, but much better performance. I think it’s pretty obvious which one matters most.

In making a real breakthrough with the S6 and S7, Samsung finally proved it could enable users to produce spectacular results. That it continues to trim the fat and expel the fluff only helps draw out the camera features that matter most.

As good as it is out of the box in Auto, it’s the Pro mode that’s worth shooting with. Learning and mastering that will completely change your camera game with either of these phones.