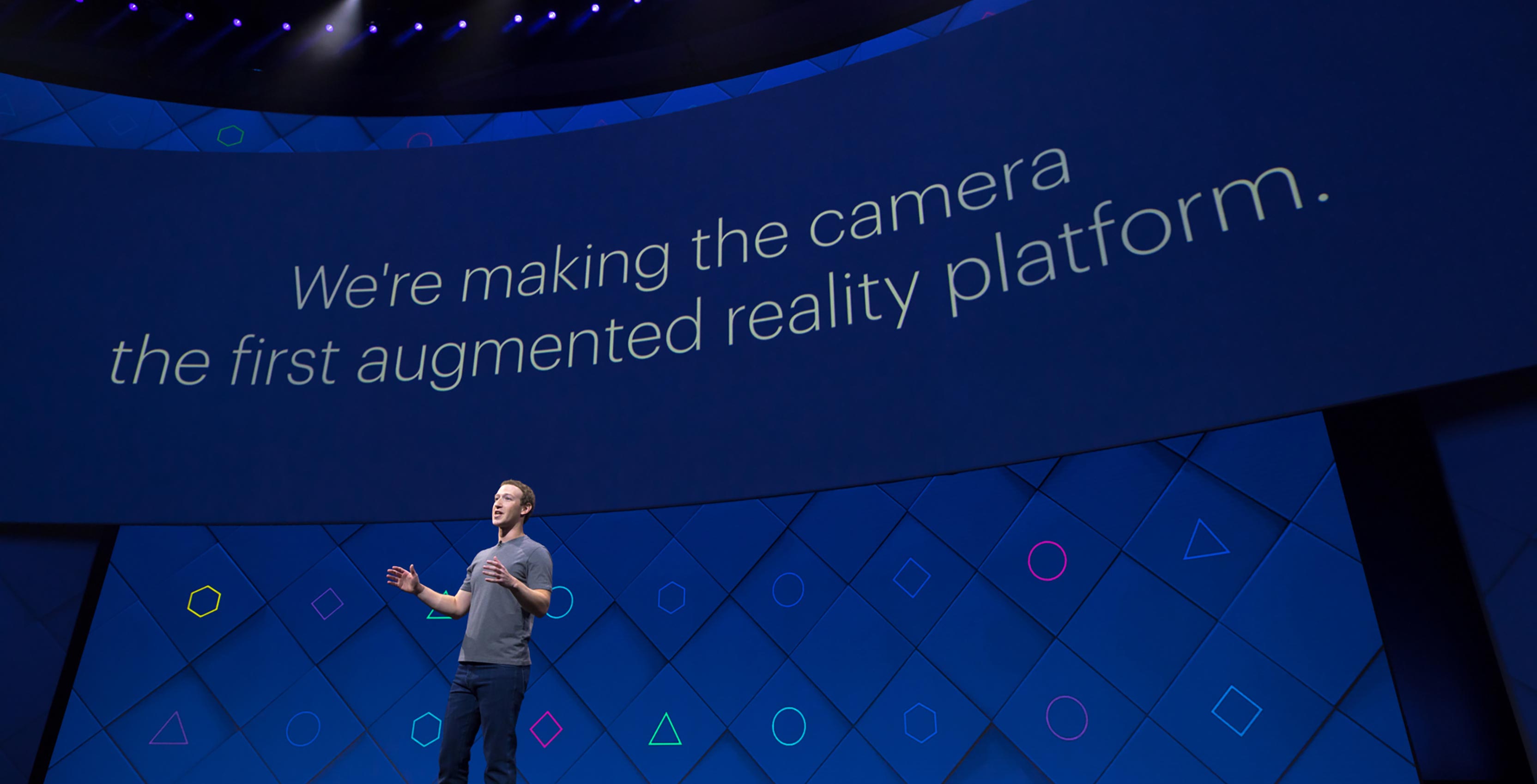 Facebook is rolling out its augmented reality Camera Effects Platform today, the company announced at its F8 Developer Conference. The feature was originally revealed back in March.

Intended for developer use, Camera Effects offers new ways for users to share and express themselves, powered by an augmented reality (AR) engine.

Facebook says many effects can be built without the need to write any code. However, more complex interactivity and animation can be added with scripts, such as making art react to facial movements or taps or connecting other mobile apps directly to the Facebook camera for sharing.

On the other hand, the Frame Studio tool allows artists to create frames for images, which can be used for profile pictures. These can also be discovered by other users in the Facebook camera.

Frame Studio is now available. while applications for the beta version of AR Studio can be found here.

In other news from the F8 event, Facebook is bringing a major update to Messenger, as well as adding an app called Spaces to its Oculus Rift virtual reality headset.