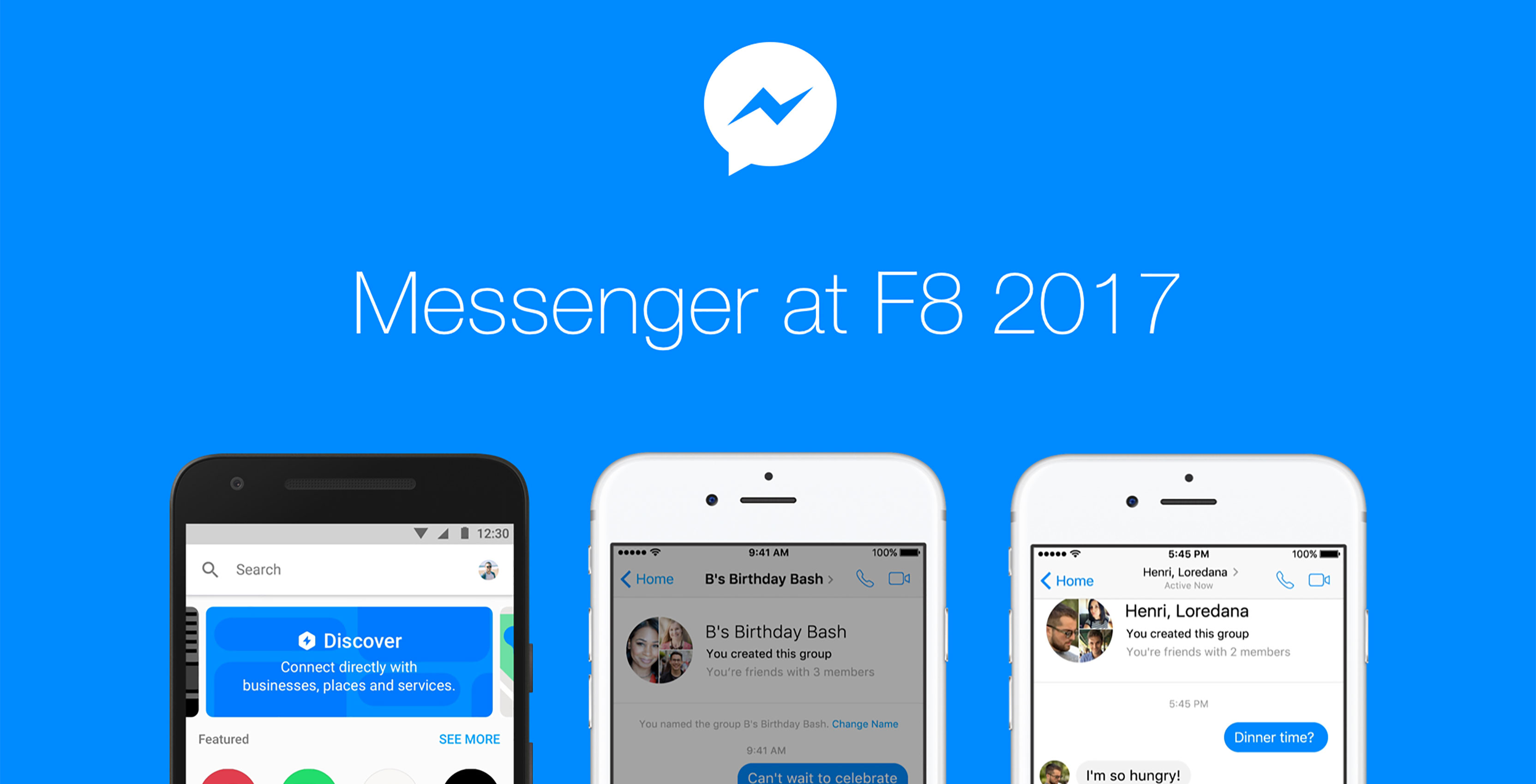 Facebook Messenger is getting a slew of new features via its 2.0 update, the social media giant has announced at its annual F8 press conference.

Changes to the public version 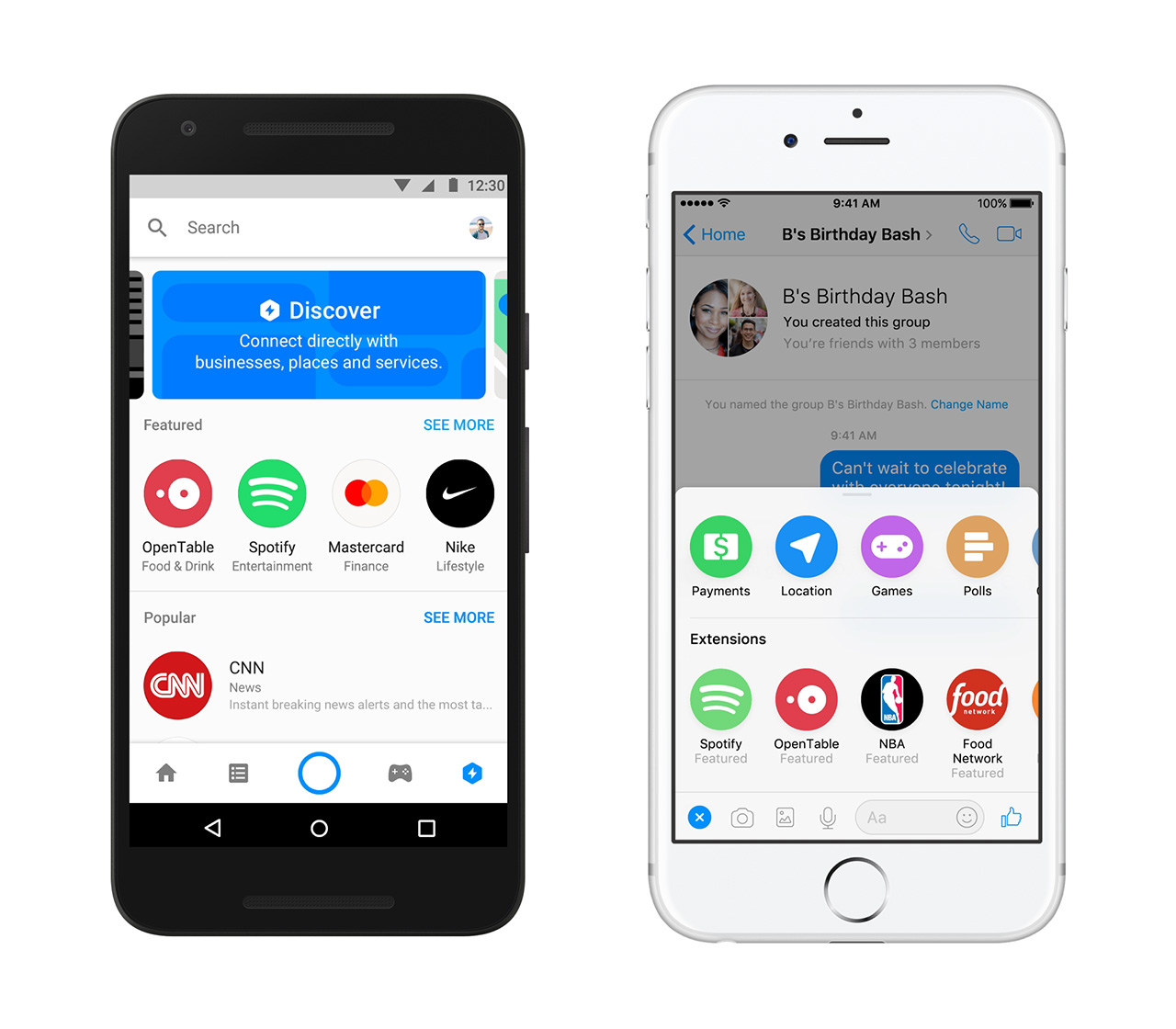 A ‘Discover’ tab has been added to the home screen, allowing users to search for relevant categories, recently used bots, trending experiences and more. Developers can also apply to have their bot included in this curated tab.

M, Facebook’s virtual assistant, can now assist in conversations by recognizing specific tasks and providing suggestions accordingly. This could be anything from offering various stickers such as ‘thank you’ to respond, setting reminders or paying someone back or receiving payment via P2P payments.

In certain locations, such as concerts and sports games, bots will be able to provide more information when new parametric QR codes are scanned.

Chat Extensions allow multiple users to message the same business at the same time. A bot can be added to the group, allowing for the conversation and experience to be shared on social media.

Bot support is being added to Messenger games, as well as a ‘Games’ tab to the home screen, which allows for users to challenge their friends more easily.

Changes to the business/developer version 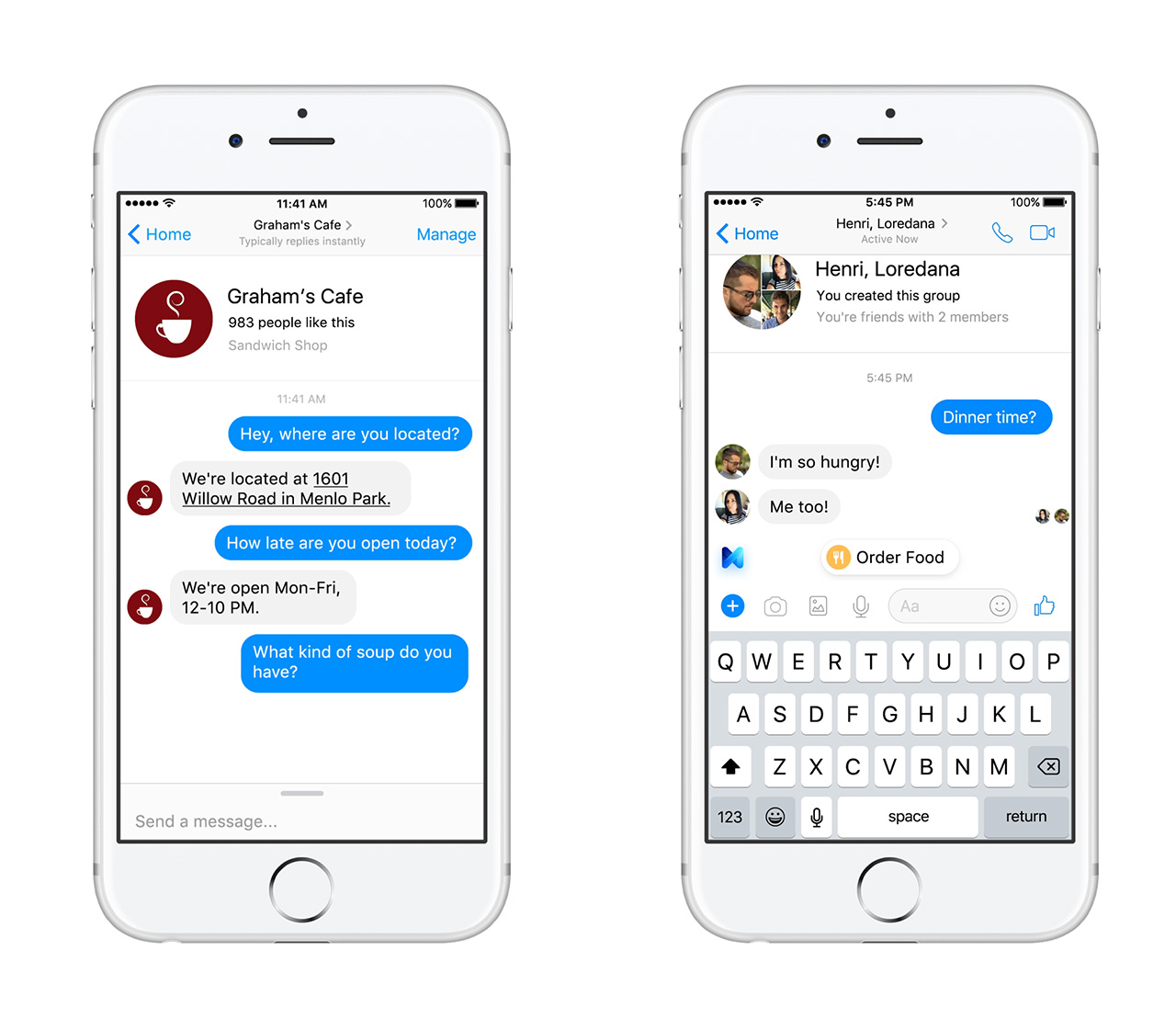 It will now be easier for businesses to communicate with customers who contact them through Messenger. Using AI bot engine Wit.ai, Facebook pages can automatically respond to the most frequently asked questions, such as business hours, contact details and directions and contact details.

Businesses can also work with developers to create multiple bots for different uses, such as one directly responsible for customer service and another for personal shopping.

Businesses are now able to generate multiple parametric QR codes for one bot, offering their customers more choice. For example, to track where a code was scanned, or to apply a different QR code for each table at a restaurant. This also gives people the potential to scan via the camera instead of the QR scanner feature.